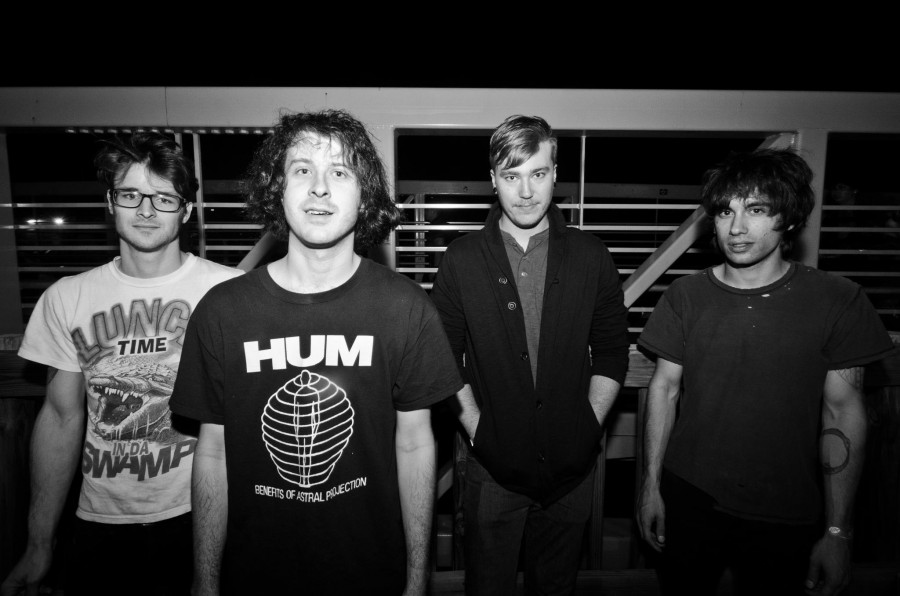 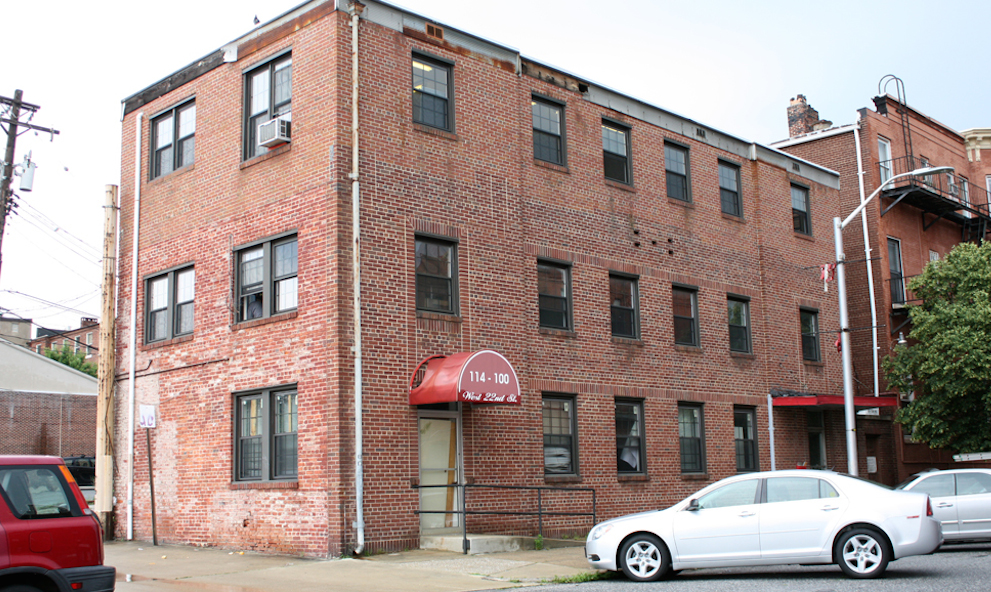 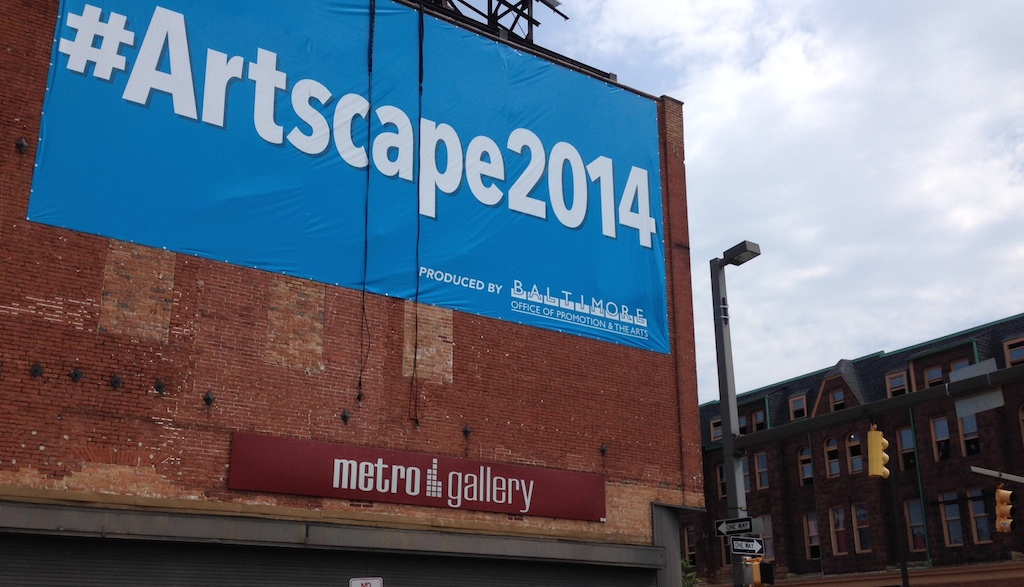 This annual exhibition previews and reviews artworks from the past and upcoming gallery seasons. Among the works on view are photographs from a new body of work by Ben Marcin called “The Towers” that capture apartment high-rises and skyscrapers in abstract compositions, taken from a distance and portraying a conflicting sense of human power and isolation. Abstract paintings by Markus Baldegger give a small taste of his upcoming solo show at C. Grimaldis Gallery during the fall season, and delicate graphite drawings by Cheryl Goldsleger introduce a very different body of work to the gallery than her wax wall sculptures featured in the previous exhibition “Extending the Line 3D”.

”Summer ’14″ is part of the 2014 Artscape Gallery Network presented by M&T Bank, an expansion of the Janet & Walter Sondheim Prize featuring artists and art galleries throughout Baltimore city and county. Logical Magic at The Windup Space

The Windup Space is pleased to present “Logical Magic,” featuring new paintings by Se Cho.  The subjects of Cho’s work are based on geomorphology, engineering, modeling, and general scientific concepts like accuracy vs. precision, optical illusion, etc.  Cho says of her work: “My paintings are a representation of what I learn and experience in my life, most importantly subjects of my scientific research.”

Young Blood will continue the tradition of exhibiting a diverse range of innovative, emerging artists. The 2014 exhibition will include sculpture, video, photography, works on paper and paintings. Since 2008, Young Blood has provided a dynamic exhibition experience for over 52 artists and has served as a launching pad for many of exhibitors.

Sponsored in part by M&T Bank and the Baltimore Office of Promotion and the Arts a part of the ArtScape Gallery Network.

Gallery Hours: Monday, Wednesday and Friday, 10 am to 4 pm. Tuesdays and Thursdays by appointment only. The Gallery is closed on Saturday and Sunday.

For further information about the CCBC Galleries, like us on Facebook at The Galleries at CCBC, or call to make an appointment 443.840.4326.

CCBC Dundalk is at 7200 Sollers Point Road, Dundalk, MD 21222, located off Baltimore Beltway (695) and I-95. The Gallery is located in the College Community Center, off the lobby. Admission: FREE and open to the public! Artscape is held outdoors in tents, and inside the neighborhood’s premier exhibition spaces and performing arts venues. The event is handicapped accessible.

Questions: Have a question about Artscape? CLICK HERE to ask an Artscape expert a question, before, during or after the festival. A monthly evening of simultaneous openings and events spanning the many arts spaces of East Oliver Street in The Station North Arts and Entertainment District.

Area 405 is pleased to present “Macricrocosm,” featuring the artwork of Sondheim Prize 2014 applicants and others.  These works can be perceived as both cosmic and cellular placing the viewer in the position of being either omnipresent or insignificant.  This mixed media exhibition runs through Summer 2014.

“GUTSY: Taking the Fear Factor Out of Feminism”at Gallery CA

“GUTSY: Taking the Fear Factor Out of Feminism,” seeks to highlight the work of female artists and artists dealing with feminist issues, themes, and aesthetics.  The show is presented by The Feminist Art Project – Baltimore, which recognizes the aesthetic, intellectual and political impact of women on visual arts and culture.  As part of TFAP-B’s mission to support female artists and local organizations working to support women, 20% of each work of art that is sold will go to Power Inside, a human rights and harm reduction organization that serves women and girls who are survivors of gender-based violence and oppression.

Juried by Allison Gulick, the Exhibition Coordinator for TFAP-B, and Katie Bachler, artist-in-residence at the BMA and the Director of Community Outreach and Programs for the Women’s Center for Creative Work (WCCW) in Los Angeles. The Alternative Art Fair features displays from more than 15 non-profit exhibition spaces, pop-up venues, artist run galleries and artist collectives.  All of the participants embody a DIY approach in the way they curate, organize and promote their shows.  The work on display will range from traditional painting and sculpture to temporary installations built specifically for the fair and new media works.

Curators:   Margo Benson Malter is the co-director of Open Space gallery in Baltimore, MD.  She was born in Atlanta, GA and holds a BFA in Painting from the Maryland Institute College of Art.  She has shown her work locally and nationally.

Nick Peelor is a co-director of Open Space gallery in Baltimore, MD. He was born in Denver, CO and graduated from MICA with a BFA in Interdisciplinary Sculpture.  Peelor has shown his work locally and nationally. His hobbies include free-form tennis, creative walking and collecting rocks.

Marian April Glebes is an artist, curator, educator, and unique commercial real estate developer based in Baltimore, MD.  She received her BFA from Maryland Institute College of Art and her MFA from University of Maryland Baltimore County.  Glebes exhibits her artwork locally and nationally, tends a garden in Brick Hill, and thinks a lot about dandelions and infrastructure.  She has a pet rabbit named Stan. With music and everyday objects, Reverse Cascade tells the story of Judy Finelli, a record breaking circus artist and juggler whose entire life changed with a diagnosis of multiple sclerosis.

After finding the work she loves, a circus performer and one of the country’s best jugglers suddenly finds her body betraying her. She struggles to figure out what is happening to her until she is finally diagnosed with Multiple Sclerosis. The disease takes her body from her control and everything changes. Her work and identity now seemingly gone, she becomes depressed, but the circus calls back to her, lifting her spirits. We follow her new life, not lived so much in her body but in her dreams, thoughts, and her wheelchair. She becomes obsessed with skydiving, and figures out a way to do it. The plane takes off, she jumps out, and that’s where we leave her: in mid-air.

Reverse Cascade was created by Anna Fitzgerald in partial fulfillment of her MFA degree in Puppet Arts. The story, based on the life of Anna’s juggling teacher Judy Finelli, was first workshopped during the summer of 2013, where Anna was an emerging artist at The National Puppetry Conference at the O’Neill Theater Center. It has since become a full length production, performed at the Ballard Institute and Museum of Puppetry and Puppet Showplace Theatre in Boston, MA. The July 20th performance at Artscape at The Theatre Project will be the premiere of this exceptional new piece of puppetry in Baltimore.

The piece was always intended to be nonverbal, simply movement accompanied by music. During Artscape, Baltimore musician ellen cherry will accompany the puppetry with live music. The collaboration of music and puppetry to tell this story without words gives the audience the chance to use their own language and experience to shape their understanding. It is at once very personal and very public. The performance is appropriate for adults and children over the age of 8.