‘Fantastic Fungi’ Ponders Mushrooms of the Psychedelic and Non-Trippy Variety 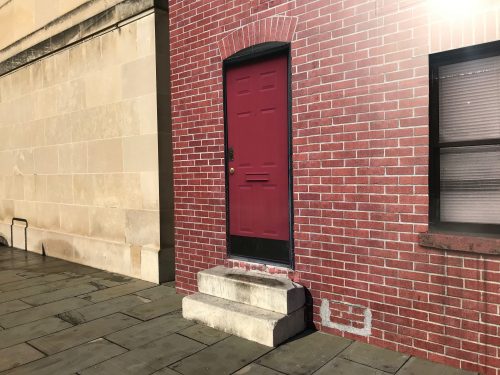 Field of Potential: Regarding the Quotidian as Art 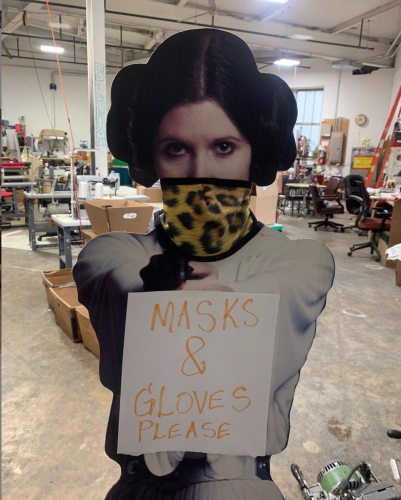 All Masks Are Not Created Equal: Washable, Antimi [...]

Film
‘Fantastic Fungi’ Ponders Mushrooms of the Psychedelic and Non-Trippy Variety
Director Louie Schwartzberg, who has made a name for himself over the past few decades because of his ravishing time-lapse photography, has likely found the ideal subject to suit his schtick in Fantastic Fungi, a movie about the inarguable special-ness of mushrooms 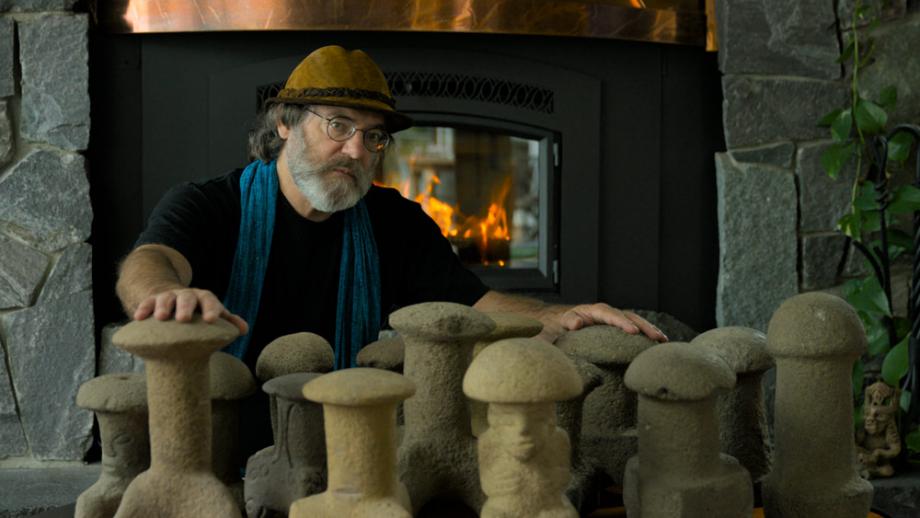 Director Louie Schwartzberg, who has made a name for himself over the past few decades because of his ravishing time-lapse photography, has likely found the ideal subject to suit his schtick in Fantastic Fungi, an elliptical IMAX sort of movie about the pretty much inarguable special-ness of mushrooms, of both the psychedelic and less-trippy variety: Extraordinary images of a fruit or plants cloaked in fungi depicting decay in fast-motion (or in a dose of cinematic optimism fitting for this documentary, shown backward, beginning decayed and ending up full of life) or a mushroom rising from the ground, stretching out, vibrating.

The magical (and scientific) thinking behind mushrooms lends itself to the movies. Often, mycologist Paul Stamets is talking at the camera in the woods, tying things together, making connections, while simple, thoughtful cutting does the associative heavy lifting for him. That mycelium (fungi’s ornate micro branches of filaments connecting plants to each other, feeding them all) wiggle through the ground into an almost incomprehensible, subterranean network that operates a lot like the vast interconnectedness of the internet sounds good coming from the effusive and self-effacing Stamets. But brash, computer imagery-assisted sequences, showing mycelium wiggling around underground followed by a cut to a glowing representation of the world wide web in all its confusing glory makes Stamets’ statement, well, make sense.

In another more whimsical—perhaps too whimsical—flourish, actor Brie Larson provides a narration throughout that often speaks as a mushroom (“We can heal the planet,” Larson-as-shroom declares) or delivers a mushroom manifesto. “There is a world under the earth full of magic and mystery. It holds the consciousness of nature’s connection to all living things,” Larson says, like the hippy-dippy art teacher in Billy Madison.

Meanwhile, one of the movie’s many wide-eyed tangents argues that mushrooms could be used to prevent a pandemic and, after all, penicillin comes from the fungus Penicillium, so it would not be the first time fungi saved hundreds of thousands of lives. These sorts of things, not unlike the stuff of scientific educational movies you might watch in high school, ground the movie before Schwartzberg and others shoot it into the metaphysical and ineffable, where psilocybin changes minds, opens hearts, and could help us all as a species act a lot lovelier. That it does this without ever devolving into Gwyneth Paltrow’s Goop-y, hyper-precious hucksterism or technocratic trippin’ bro microdose babbling is nice.

Fantastic Fungi is also a portrait of a community of mushroom obsessives—who journalist Eugenia Bone beautifully describes as, “bloated pleasure-seekers with a scientific bent.” Along with Stamets and others, there are pop-psychedelic thinkers such as Michael Pollan and Andrew Weill, Baltimore mushroom grower William Padilla-Brown, and Baltimore-based psychedelic researcher and thinker Bill Richards of Hopkins’ Center for Psychedelic & Consciousness Research, known for his work exploring how psychedelics can help those with addiction and the way that mushrooms—when used responsibly—can unlock what he has called a “mystical consciousness,” shared by all.

The most fascinating—and convincing and moving—scenes are with those who have been part of Hopkins’ psilocybin research: Tony Head, diagnosed with prostate cancer, taking psilocybin, awakening from the hours-long experience, weeping as he describe the full feelings it introduced, removing the very real fear of death that has incapacitated him.

Here, in a medical setting (a living room approximation somewhere on the Johns Hopkins Medical campus) where psilocybin research happens, its possibilities (and some of the broad and loopy ideas that fuel Fantastic Fungi) are pretty much proven to be empirically true.

Fantastic Fungi is “virtually screening” at the Parkway.