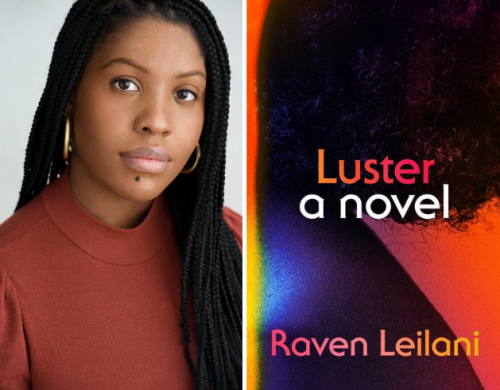 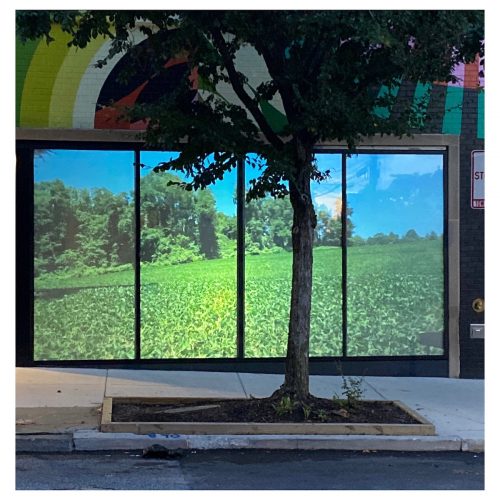 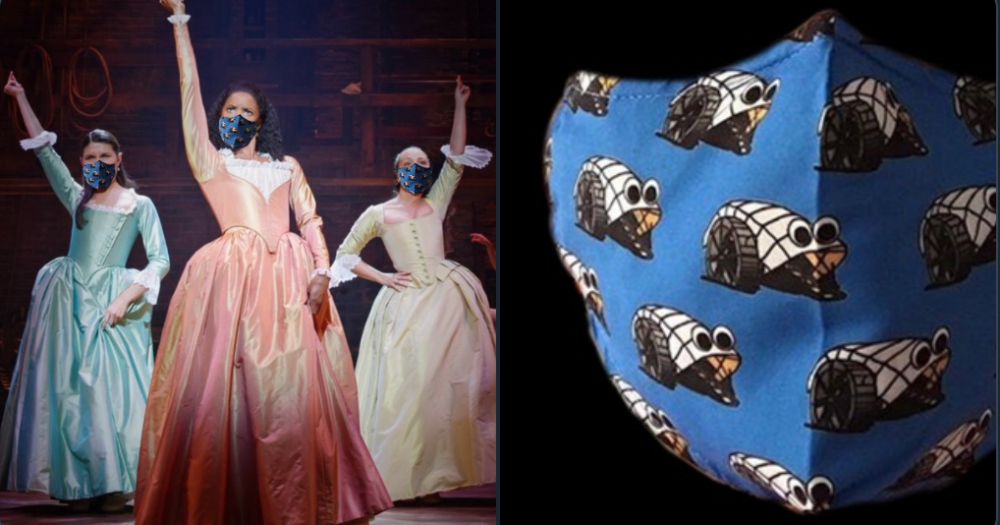 Excerpt: Last year Chicago poet Eve L. Ewing published 1919, a volume that channels her city’s Red Summer into blues. It is a magical work. The voices of house-keepers and stockyard hands are summoned. The thoughts of trains carrying black people north are conjured up. The doom of a black boy is told to the rhythm of a jump rope. The centerpiece of this bracing work is “True Stories About the Great Fire,” a poem inspired by the belief among white Chicagoans that the first Great Migration to the city was “the worst calamity that had struck the city since the Great Fire” of 1871, which took hundreds of lives and burned out the heart of the city. The implications of this equation are haunting. Once a people become a “calamity,” all means of dealing with them are acceptable. I have not yet watched George Floyd’s murder in its entirety, but I have seen enough of the genre to know the belief in black people as disaster, as calamity, as a Great Fire upon the city, has not yet waned.

I don’t know if there is a better way of explaining the police publicly torturing a man on a bright city street. I don’t know how else to think about the killing of Walter Scott, save that an agent of the state had considered him an offense to God. I don’t know what explains Botham Jean nor Atatiana Jefferson, killed in their own homes, save some perverted act of fire prevention. I see the face of Elijah McClain—his deep brown skin, his Mona Lisa smile, his eyes flush with nothing so much as the wide, willing magic of youth—and I think there can be no justification for erasing this young man, save the belief that he is not a man at all, that he is both more and less; that he is Mike Brown, bulking up to run through bullets, that he is Trayvon Martin, irradiated by Skittles and iced tea; that he is Amadou Diallo, whose wallet glinted like a gun. I don’t know how else to comprehend the jackboots bashing in Breonna Taylor’s door and spraying her home with bullets, except the belief that they were fighting some Great Fire—demonic, unnatural, inhuman.

Excerpt: For more than 20 years, Amy Sherald has been putting the narratives of Black families and Black people to canvas. In 2016, she became the first woman and first African American to win the Outwin Boochever Portrait Competition, which led to her painting Michelle Obama for the National Portrait Gallery in 2018. That oil-on-linen portrait was her first commissioned work—until Breonna Taylor.

Taylor is an “American girl, she is a sister, a daughter, and a hard worker. Those are the kinds of people that I am drawn towards,” says Sherald, who is immunosuppressed and has been unable to participate in protests. She calls this portrait a contribution to the “moment and to activism—producing this image keeps Breonna alive forever.”

Sherald’s process typically begins with taking a picture of her subject. Painting Taylor, a person she had never met, who would never be able to sit for her, presented a unique challenge. Sherald took extraordinary care in reimagining Taylor, inflecting her portrait with symbols of the 26-year-old’s life. Sherald found a young woman with similar physical attributes, studied Taylor’s hairstyles and fashion choices, and drew inspiration from things she learned about the young woman—that she had been a frontline worker in the battle against COVID-19; that her boyfriend had been about to propose marriage; that she was self-possessed, brave, loving, loved.

“She sees you seeing her. The hand on the hip is not passive, her gaze is not passive. She looks strong!” says Sherald. “I wanted this image to stand as a piece of inspiration to keep fighting for justice for her. When I look at the dress, it kind of reminds me of Lady Justice.”

As a state panel mulls proposed changes to the Law Enforcement Officers’ Bill of Rights, attorney Michael Davey asserted that the law isn’t the problem — the way the Baltimore Police Department interprets it is.

In June, Kristen Blumer, Baltimore City’s chief solicitor, penned a letter to the Commission to Restore Trust in Policing, supporting a proposal that would alter the state’s controversial law in a way that would give more power to Harrison.

“When I read the commissioner’s letter I tried to think of what would be the rationale for wanting to make these dramatic changes, and there’s really only two that I can come up with,” Davey said. “One: that Commissioner Harrison is not familiar with the Law Enforcement Officers’ Bill of Rights — he doesn’t understand it or he just doesn’t want to deal with it because he didn’t have to deal with it his prior police department. The second reason is it’s just mismanagement by their own department.”

Excerpt: The chief of staff for Baltimore’s housing department was part of the purge by Mayor Bernard C. “Jack” Young that removed Michael Braverman as commissioner of the department.

The agency today confirmed that Nadya H. Morgan’s last day as COS was Friday, the same day that Braverman was fired after 33 years as a city employee and three years as housing commissioner.

Morgan was considered the ex-commissioner’s “right hand,” starting out as a lowly paralegal in the code enforcement division that Braverman ran under former Housing Commissioner Paul Graziano.

She made a rapid ascent at the agency, becoming special assistant, assistant commissioner, interim chief administrative officer and, finally, chief of staff in April 2018.

As COS, Morgan oversaw budgeting, operations and human resources, according to the agency’s website. She was one of the top-paid staff members in the city, earning $152,000 last year. (Braverman was paid $201,869.)

Morgan did not respond to emails or a call to the Pikesville residence that she shares with her husband, a city housing inspector.

Excerpt: Maryland’s seven-day average rate of positive coronavirus tests has risen for five of the past six days, and that average now stands at 3.35 percent, state data show.

The average then dipped slightly to 3.25 percent on Aug. 24, but it climbed again to 3.35 percent today.

Excerpt: Literary arts organization CHARM: Voices of Baltimore Youth started a Q&A series with artists to promote the latest issue of its literary magazine and empower youth voices as they talk about what the Black Lives Matter movement means to them.

As a part of my fellowship with Report for America, I’m tasked with partnering with an organization and promoting media literacy among the youth. That can look like a lot of things from fellow to fellow. Some teach youth workshops others help run school newspapers.

For me, it’s working with CHARM lit mag’s editorial board in an advisory capacity. That partnership led to this Q&A series with poets as another avenue to highlight the magazine’s mission.

On top of severance, Maryland Environmental Service paid director $55K in expenses as he left to lead Hogan staff
by Pamela Wood
Published August 25 in The Baltimore Sun

Excerpt: Maryland Gov. Larry Hogan’s former chief of staff received more than $55,000 in expense reimbursements when he left his job at the Maryland Environmental Service, according to records provided to state lawmakers investigating the agency’s spending practices.

The environmental service and the governor’s office provided hundreds of pages of documents Monday about Roy McGrath, the former MES director and former Hogan chief of staff, to a General Assembly oversight committee in advance of its hearing Tuesday.

The documents include a list of checks to McGrath totaling $55,888.32 made out in the days after he left MES to take a job with the Republican governor on June 1. They include reimbursements for hotels, airfare, rental cars and meals for several conferences and events.

Excerpt: Shashawnda Campbell became an environmental activist at 15, when she learned that a company had proposed building the country’s largest waste-to-energy incinerator less than a mile from her high school, in the Curtis Bay section of Baltimore.

Waste-to-energy incinerators gained traction in the 1980s, as an environmentally-friendly alternative to throwing trash in landfills by burning it and converting it to energy.

But by some metrics, burning trash can be even dirtier than burning coal, emitting lead, mercury, nitrogen oxides, dioxins and particulate matter associated with increased risk of cardiac and respiratory disease. And the facility first proposed by Energy Answers International in 2009 was designed to incinerate 4,000 tons a day.

“That just didn’t sit right with us as youth,” said Campbell, now 23. “We knew that we had to do something.”

“We’re talking about a work that’s about restoring relationships, building power, and ultimately about restoring the human dignity of the people,” Founder and Servant-Director, Eric Jackson, tells Food Tank.

Since 2015, the Black Yield Institute has worked to create a sustainable and equitable food environment. Serving as an action network and an incubator for ideas and projects, Black Yield Institute’s mission is two-fold: combat Baltimore’s food apartheid and organize toward Black-led food sovereignty.

Excerpt: A multi-year investigation by TRNN reporters reveals how neoliberal policies and public-private partnerships have led to tax-free zones for private interests, while taxpayers foot the bill.