After MICA Faculty Vote No Confidence, Board of Trustees Announces Support of President Hoi and a Pledge to Implement Changes 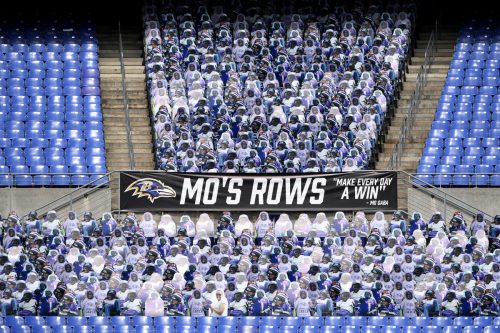 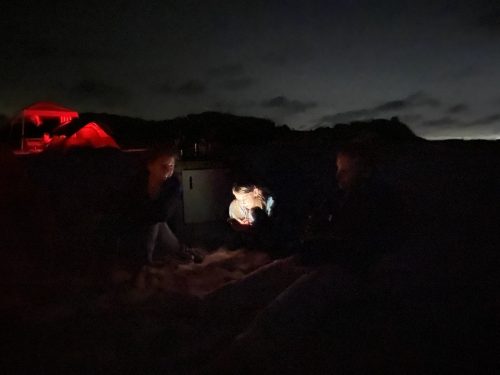 News & Opinion
After MICA Faculty Vote No Confidence, Board of Trustees Announces Support of President Hoi and a Pledge to Implement Changes
Among so many ever-louder calls for accountability and change across the country, MICA faces a critical moment 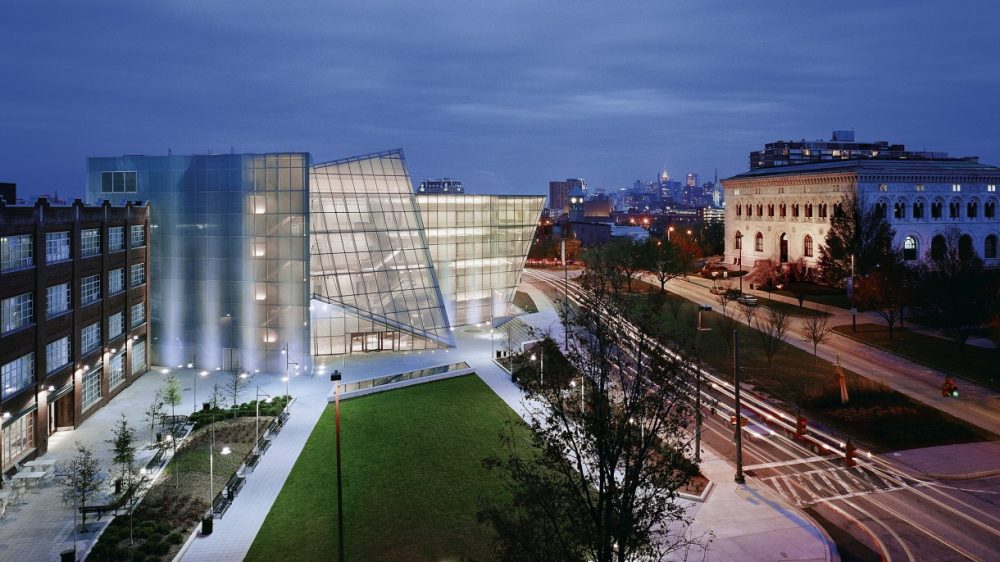 It’s no secret that the coronavirus has spurred a crisis in American higher education, exacerbating financial shortfalls from cutbacks in state funding and a reliance upon rising tuition and room and board costs. Art colleges like the Maryland Institute College of Art (MICA) in Baltimore are even more vulnerable to COVID-related closures with the decision to make the fall 2020 semester entirely virtual, leaving studio buildings and dorms empty while the institution is forced into austerity measures such as salary cuts, early retirements, and layoffs.

Among so many ever-louder calls for accountability and change across the country, MICA faces a critical moment. Since COVID-19 shut down the campus in March, there have been growing claims of problems within the institution, administration, and systems of governance—including poor communication, top-down decision-making that ignores expertise, and siloed departments.

A handful of these issues came to a head earlier last week, when the MICA Faculty Assembly conducted a vote of no confidence in the school’s current administration, which includes President Samuel Hoi, Provost David Bogen, and VP of Operations and Finance/Chief Operating Officer Doug Mann, along with other unnamed senior-level administrators who work for them.

As Hyperallergic reported, the vote came from a total of 111 faculty members, most of them full-time. Ninety-two supported the vote of no confidence, while nine were against and 10 abstained. MICA reportedly retains 151 non-tenured full-time faculty, and 498 adjunct faculty.

The Faculty Assembly sent the letter to MICA’s board of trustees on September 9 describing six major reasons for their withdrawal of support from the administration, citing a dysfunctional work environment, poor planning for the Fall 2020 semester, insufficient communication, unsustainable workloads, constraints on shared governance, and a lack of financial transparency.

In the letter, faculty acknowledge the genuine difficulty created by present conditions like the COVID-19 pandemic, but they maintain that the “non-inclusive planning over the summer is indefensible and has led to a situation that jeopardizes both the reputation and the very fabric of the school.” Additionally, they assert that the pandemic has magnified the already extant and longstanding problems within the administration, which have “resulted in poor planning, lowered faculty morale, a lack of knowledge and commitment to academic integrity, and an inability to work effectively and closely with chairs and faculty.”

COVID-19 closures are affecting all colleges in major ways—hampering the hands-on learning inherent to art schools, for example, but also setting them up for a potential financial crisis without students on campus. One example of the administration’s insufficient communication about finances that the faculty cites in the letter is “the rushed delivery of incomplete and reductive information concerning enrollment and finances while urgently requesting the [Faculty Assembly]” to approve budget options.

On Thursday, September 17, the Board of Trustees delivered its response to the Faculty Assembly indicating that it remains “ultimately responsible for MICA’s long-term health” which includes “overseeing and aligning the school’s strategic direction, educational policy, finances and operations with MICA’s mission and vision,” especially over the past few months, which required “urgent and decisive actions.” In its letter, which was shared with BmoreArt, the Board “reaffirms our support for President Hoi and the strategic direction of the College.” Recognizing the faculty’s complaints about the administration’s disconnect from the rest of the school, the Board stated that it is “committed to working with the administration to continue to improve collaboration with the faculty” and that it has “charged a small group of trustees to meet with the faculty and members of the administration.”

MICA’s Board of Trustees is made entirely of volunteers, and many have assumed the role for more than a decade. The board includes corporate, legal, and business leaders as well as artists, alumni, and parent representatives. Hoi’s selection as president of MICA in 2014 included students, faculty, and the board of trustees. A search for a college president typically takes about a year to accomplish and costs the institution a few hundred thousand dollars. According to MICA’s most recent publicly available tax filing, the school’s endowment was $90.8 million, a relatively small cushion compared to other colleges, especially now that COVID has erased its most vital revenue streams by closing down campus in the interest of public health.

The issues MICA faculty mention in their letter echo some of the concerns raised by students over the past few months. On June 15, the Student Voice Association delivered a letter to the MICA President and Administration, the Diversity, Equity, Inclusion, and Globalization Accountability Monitoring Group, Board of Trustees, and the Faculty Executive Committee with several demands, including an overhaul and diversification of curriculum, increased transparency over budget and finances, roles for students, staff, and faculty in institutional decision-making, higher pay for low-wage staff, among others. MICA adjunct faculty submitted a letter in solidarity with the student organization, which was shown to BmoreArt.

That same month, an anonymous group of students started the Instagram account @mica.callout, which also made demands of the institution to diversify the curriculum, mandate anti-racist training for faculty, and hire more professors from marginalized communities, among others. When the school did not respond with “a clear action plan” by the requested date, the account began sharing anonymous testimonials from students about racist, sexist, and otherwise abusive behaviors of specific professors.

The issues presented by students and workers at MICA are not isolated to this singular institution—just this summer, similar callouts and reckonings have taken place at the School of the Art Institute of Chicago and the School of Visual Arts, as well as at museums like SFMOMA and others across the country. And faculty, staff, and student organizations at other art schools have levied votes of no confidence in recent years with mixed results. In January 2020, students and faculty at Nashville’s Watkins College of Art issued a vote of no confidence against president J. Kline after the art college was quietly acquired by the conservative Belmont University, which requires its faculty to be practicing Christians. In 2011, the full-time faculty union at the Rhode Island School of Design issued a vote of no confidence in President John Maeda and Provost Jessie Shefrin—Maeda resigned in 2013 to work at a Silicon Valley venture capital firm and Shefrin resigned two months after the vote.

Votes of no confidence in an administration could have a negative impact on enrollment and the school’s reputation, and MICA has already seen lower enrollment for this fall semester because of COVID-19. Lower enrollment could mean more furloughs and budget cuts, including the loss of jobs, like the eleven staff positions which were eliminated this week according to the administration, who said they are committed to capping this number at this time. According to MICA’s Great Colleges Steering Committee report, 115 staff were furloughed this summer.

The Faculty Executive Committee, which represents the full-time faculty, declined BmoreArt’s request for further comment. In the Hyperallergic article, professor Jason Corace said that “Despite our best efforts to work with the current administration towards shared governance, the administration continues to make broad institutional decisions often at the last minute with little or no consultation from faculty leadership.”

Unlike faculty, MICA staff currently lack the power of shared governance, which would allow them to vote on proposals from the president’s council that affect the entire institution. Although they are not mentioned in the faculty letter, the Staff Empowerment Council has been working across the school’s divisions to try to build collective power for this often-overlooked group of essential workers. And since students also often feel left out of decisions that affect them, the SEC has joined up with the Student Voice Association to form a coalition among staff, students, and faculty to advocate for shared governance “so it feels more like the ‘One-MICA’ the school touts,’” says Siân Evans, SEC co-chair. “We know where our needs overlap.”

According to staff members BmoreArt spoke with who wished to remain anonymous, what the administration chooses to tell staff is different from what they tell students and faculty. The faculty’s letter mentions general issues that staff have also been dealing with for years—such as a fractured community, poor communication, and exploitative workloads. (Faculty members typically teach three classes per semester as a full-time load and serve on multiple committees for a reported average pay of $72,000 a year). Staff members, whose salaries are much lower, say they have often been left out of conversations about financial planning—plans that often have a direct effect on staff jobs, especially lower-wage work such as maintenance and campus safety.

Representatives from the Student Voice Association say that since sending their June 15 letter, meetings with faculty, staff, and administration have yet to produce the kind of collaboration they want to see. In one meeting, a member of the administration did not seem to understand why students would want transparency on the budget. “I feel like now we’re in the position where we have to educate them about the validity of our demands before they actually screen the demands as is,” says Tanvi Sharma, SVA Undergraduate President. Even so, they remain hopeful. Organizing with SVA, Sharma adds, “has been, to an extent, like banging on the walls, but at this moment, it truly does feel like we have the numbers.”

Despite the apparent rifts and struggles among many at MICA, several individuals BmoreArt spoke with share the goal of making the institution better. As staff, faculty, and students identify more of their shared needs, they can organize and advocate for their mutual security more effectively with the administration and board.

“We all share the same goal of preparing MICA’s students for success as they chart their creative path,” wrote the board in their response to faculty. “We must move forward together now to preserve MICA’s legacy for generations to come. This will require trust and collective goodwill.”

The role of MICA’s board of trustees—to ensure the survival and health of the institution—behooves them to take the faculty, staff, and students’ complaints seriously and in good faith, to work collectively and with transparency to create a professional learning environment as well as sustainable business practices, even during a global pandemic. One thing that many within these groups agree upon: present conditions, which are not unique to any singular institution, are not working for anyone.