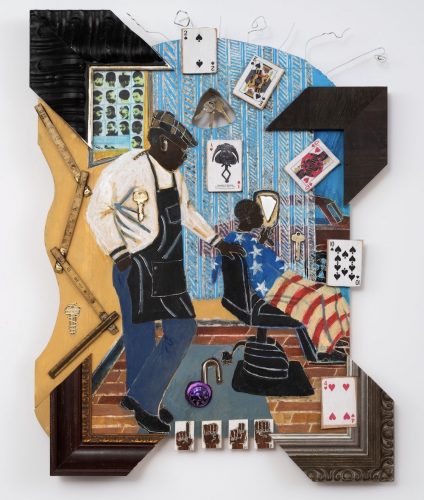 Schroeder Cherry’s Pillars of the Community 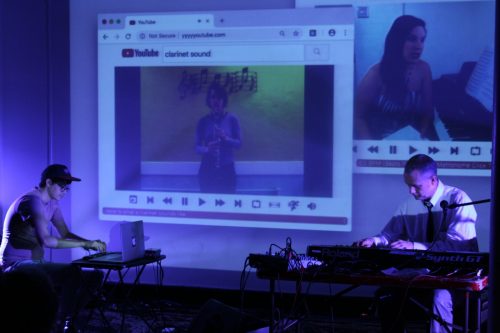 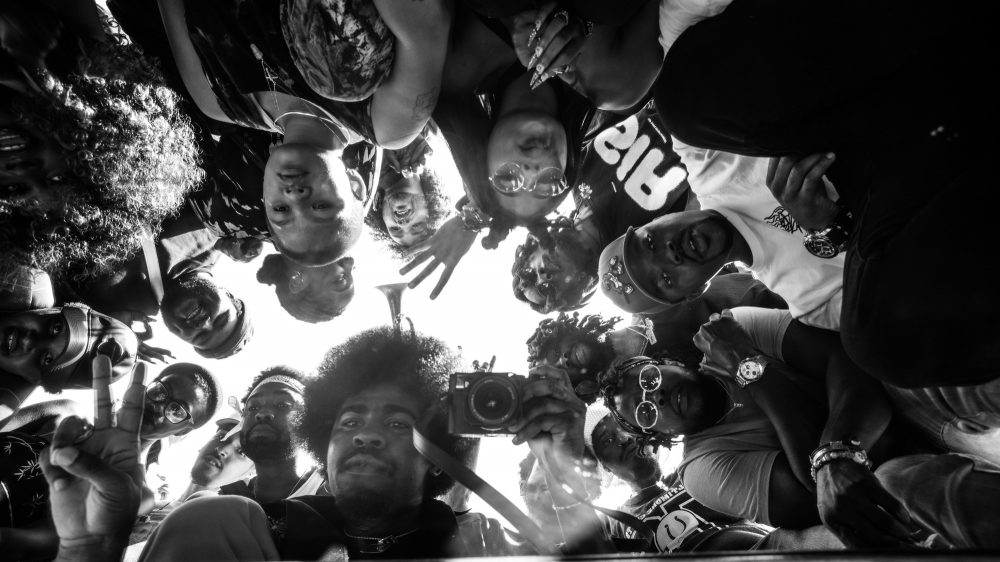 Excerpt: Growing up in Baltimore, in my household, prayer was viewed as a protection against the evils in the world. Prayers are big and strong like glaciers, but no one told me that they get thawed by itty bitty bullets. Guns are a part of Baltimore’s culture just as guns are a part of American culture. As a kid, I knew dudes in my neighbourhood who toted and banged guns. The cartoon characters on my television screen, Yosemite Sam and Elmer Fudd toted and banged guns. The police officers in my community toted and banged guns. I didn’t know that guns would spearhead my era of racism. I didn’t know that year would be 2020 and the entire world will routinely see videos on the internet of cops using these guns to murder Black people – one of many ways issues we as a people face in this country.

Excerpt: The Democratic nominee for Baltimore mayor wants to cut back on power of the office he is likely to assume ― a stance that some of the city’s former mayors say is akin to fighting with one hand tied.

Former Democratic mayors Martin J. O’Malley, Sheila A. Dixon, Stephanie Rawlings-Blake and Kurt L. Schmoke slammed proposals to reduce the size of the city’s Board of Estimates and introduce a city administrator during an online discussion with the Greater Baltimore Committee this week.

Those cuts to mayoral power, championed by current City Council President and Democratic nominee for mayor, Brandon M. Scott, would cripple the city’s governmental power in the midst of a pandemic and recession, Rawlings-Blake said.

“We’re in a fight for our lives in the recession and our response to the pandemic,” she said. “The things that have been suggested … would be akin to being in a prize fight, jumping in the ring and then tying one arm behind your back.”

Excerpt: In response to a damning report released [Tuesday] by the Inspector General, the Board of Estimates appears prepared to terminate its master lease contracts with Grant Capital Management – and perhaps ban its owner, J.P. Grant, from future business with the city.

In further fallout from the report, The Brew learned that Stephen M. Kraus was fired [Monday] as Baltimore’s deputy director of finance for allegedly providing confidential information to Grant.

While not identified by name, Kraus “lacked candor” during two interviews with the IG and stated that he “hadn’t really dealt with” Grant since 2014, when, in fact, he had been exchanging text messages with the financier until a few months ago.

Grant himself revealed that the two men had been exchanging text messages on Kraus’ personal phone about a potential competitor as late as July, according to the report.
“There appears to be no legitimate reason for the deputy finance director to disclose information to Grant related to the city’s negotiation with BOA, especially considering it was not part of a public bid,” says the report.

Excerpt: Statewide efforts to reform policing will be the focus of a three-day marathon of hearings that begins Tuesday before the state Senate’s Judicial Proceedings Committee. The hearings will consider issues related to body cameras, police discipline, and use-of-force policies.

The timing of the hearings — more than three months before the annual 90-day General Assembly session begins — is unusual, but Sen. Will Smith, chair of the committee, said this is an unusual time.

“Given the events nationally and here in Maryland, from Freddie Gray to the present, these issues are something that we can’t afford to wait until session to grapple with,” Smith said. “We’re having early hearings so that we can take immediate action once the session reconvenes in January.”

Over the three days, the committee expects to hear testimony on 15 bills.

Hogan made the statement during an interview with Matt K. Lewis, senior columnist for The Daily Beast and commentator for CNN, during The Texas Tribune Festival. The interview was recorded after Ginsburg’s death and released Wednesday morning.

Lewis, who noted that Massachusetts Republican Gov. Charlie Baker has said President Donald Trump should wait to fill the vacancy until after Election Day, asked Hogan: “Where are you on this timely question?”

Why I Took My 11-Year-Old Daughter to Mourn Ruth Bader Ginsburg in D.C.
by Janelle Diamond
Published September 22 in Baltimore Magazine

Excerpt: Last Friday night was Erev Rosh Hashanah—the eve of our holiday celebrating the beginning of a new year. I had just finished watching a beautiful service—on my laptop—surrounded by my four kids. The air was crisp and the sky was beautiful, so I took my glass of wine and sat outside on the porch while my daughter did skateboarding tricks in our front yard.

Suddenly, my phone buzzed. I looked down to a link to an article and a simple expletive word with a lot of k’s and even more exclamation marks.

“No,” I simply said to myself. I took a deep breath and opened the text. “No.”

A Jewish teaching says those who die just before the Jewish New Year are a “tzaddik”—a righteous person. They are the people God has held back until the last moment because they were needed the most.

“And so it was,” tweeted NPR Supreme Court reporter Nina Totenberg, also Ruth Bader Ginsburg’s bestie, “that #RBG died as the sun was setting last night marking the beginning of Rosh Hashanah.”

I knew Ruth Bader Ginsburg couldn’t live forever. But it sure felt like she should.

Under new legislation, each of Baltimore’s vacants could soon have its own sign — and QR code
by Ethan McLeod
Published September 22 in Baltimore Business Journal

Excerpt: With thousands of vacant buildings wasting away across Baltimore, lawmakers took a step Monday night to hold slumlords and other neglectful proprietors more accountable — or at least hopefully make them more accessible to neighbors.

During a meeting Monday night, the Baltimore City Council approved a bill to require the city’s Department of Housing and Community Development to post signage outside of neglected buildings. Each sign would display a QR code — a tactic piloted years ago in Baltimore with the “Wall Hunters” project between street artists and Baltimore’s Slumlord Watch — and a phone number that neighbors can use to look up the owner and relevant contact information. Under the bill, a vacant is defined as any structure that is subject to an “unabated violation notice” under the unsafe structures section of the Baltimore City Building Code.

The legislation’s lead sponsor, 8th District Councilman Kristerfer Burnett, said Monday the QR codes and phone line would also turn up any permits or other notices on the property.

“The goal is [to] get information out and be more transparent,” Burnett said.

Excerpt: Along with the zucchinis, tomatoes and other bounty at Curtis Bay’s Filbert Street Garden, outspoken, community-based activism has flourished there, too.

The urban farm in far South Baltimore has been a gathering place for clean air advocates who have successfully shot down plans for one trash incinerator and are part of an on-going fight against another – the nearby trash-burning BRESCO facility.

That’s why Marvin Hayes and other incinerator opponents were shocked when longtime garden steward Rodette Jones allowed herself to be filmed – in the garden itself – for a Fox45 feature sponsored by the incinerator’s operator, Wheelabrator Technologies.

Wheelabrator confirmed that, as part of her appearance on the July television segment, the company gave Jones $2,500 for the garden and more than 100 box lunches to distribute to the needy.

“You can’t accept all this from a place that’s killing the community,’” said Hayes, manager of the Baltimore Compost Collective, which is located on the far side of the garden.

Excerpt: Every week, community school site specialist Evan Murray calls Baltimore students at his school who are not logging on for classes.

“If someone is saying, ‘Hey Mr. Murray, I can’t get in touch with this student,’ then I’m like, ‘Just give me the number and I’ll call them,'” he told CNN. “And I call people all the time and parents know, you know, I’ll call you at 7 in the morning. I’ll call you at 9:30 at night. Yeah, I don’t have a problem that.”

Attendance can be a challenge for public school as it is. And with millions of students learning online for at least part of the semester to protect against Covid-19 spread, that challenge has only grown. On the first week of school the daily average of students logging in without interruption was only 65%, said Sonja Santelises, CEO of Baltimore City Public Schools.

It’s hard to know if that number is accurate because the 79,187 students enrolled in Baltimore City Public Schools were able to virtually attend class without logging on, district spokesperson Andre Riley told CNN. But going forward, all students will be required to log on.

Excerpt: Maryland’s average rate of positive coronavirus tests has decreased for the eighth consecutive day, while the number of Marylanders currently hospitalized due to COVID-19 has increased for the third straight day, state data show.

Over the last seven days, an average of 2.6 percent of the state’s COVID-19 tests have come back positive.

That average has been declining since reaching 3.62 percent on Sept. 14.

Excerpt: In ordinary circumstances, fall would bring a replenished show calendar, tours and new music from your favorite musicians. The novel coronavirus and the associated cancellation of indoor concerts…well, you know the deal.

The (hopefully) temporary end of concerts aside, several of Baltimore’s best local artists spent the spring and summer cooking up new projects for your listening pleasure. Here’s what six such artists have in store.

AFRO Exclusive: Mosby on COVID-19: ‘We Have a Lot of Challenges’
by Sean Yoes
Published September 17 in The AFRO

Except: As COVID-19 began to rage in America back in April, State Delegate Nick Mosby and his Legislative Black Caucus colleagues pressed the Hogan administration for data regarding the scourge of the pandemic broken down specifically along racial lines, as it became clear it was disproportionately infecting and killing Black and Brown people.

Six months later, Baltimore City and its majority Black population seems to have fared better in the battle against COVID-19 than many other major urban areas in America.

“When you look at the infection rates, talking about specifically COVID-19 related cases and deaths in the city, I think that the mayor and the health commissioner and the health department have done a really good job of keeping our numbers proportionately low in comparison to several cities with similar issues throughout the country,” Mosby told the AFRO during a phone conversation this week and the latest coronavirus numbers in Maryland seem to back his assessment.