The News: The Sun’s Back in Baltimore, Maryland to Tax Digital Advertising, More on Mosby 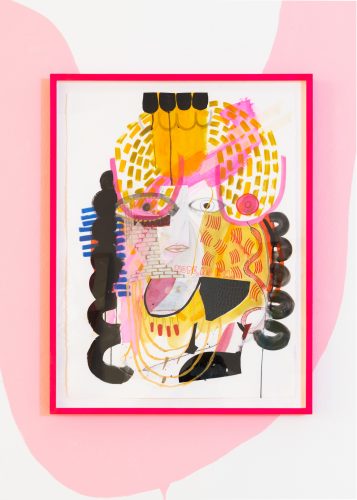 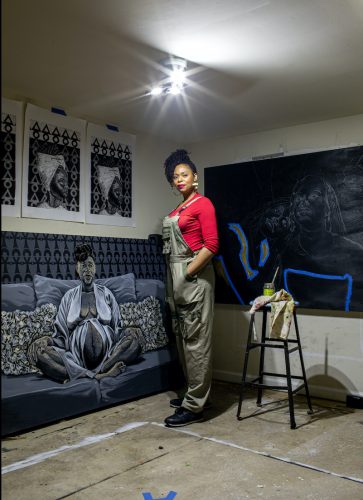 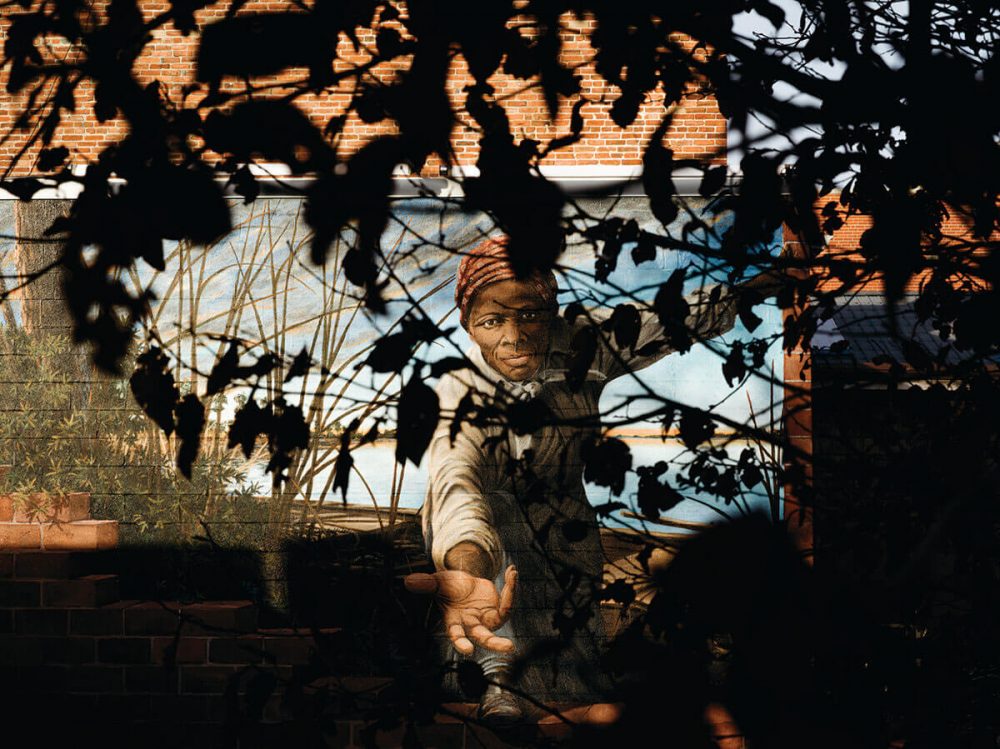 “Untraceable firearms are not just guns with serial numbers crossed off,” said Lee, “they also include guns that have been designed to get around state laws and the federal definition of ‘firearm.’”

Lee, an advocate for greater gun control, said the measure will further tighten Maryland’s laws for gun ownership after the override of Gov. Lawrence J. Hogan Jr.’s veto on a bill to regulate long guns.

“After the veto override of SB208 and HB4 from 2020, we can’t let one loophole filled while another one metastasizes,” she said.

Under the bill, gun owners or manufacturers would be prohibited from selling, lending or leasing untraceable or unfinished guns unless the buyer can produce a valid handgun qualification license issued by the state police.

But 2103 Druid Hill Avenue is listed as the address of 10 people who donated $3,200 to “Friends of Marilyn Mosby,” her campaign committee.

None of the 10 is reported as the building’s owner in property tax records, while all of them are identified in Mosby’s report to the State Elections Board as employees of the “Baltimore City State’s Attorney Office.”

In fact, only one, Janice Bledsoe, works for the SAO. The others range from an equity manager to an inspirational author, a sewer contractor, an events planner, an architect, a hospital association lobbyist and three attorneys.

The building’s owner, on the other hand, has never contributed to any political candidate, according to state elections records.

Excerpt: Returning The Baltimore Sun to Maryland hands, the state’s largest newspaper and its affiliates are poised to be acquired by a nonprofit formed by businessman and philanthropist Stewart Bainum Jr. that would operate the media organization for the benefit of the community.

The sale would be part of a $630 million deal announced late Tuesday for Alden Global Capital to acquire full control of Tribune Publishing, which also publishes The Chicago Tribune, the New York Daily News and other major newspapers.

“This is great news for the future of local media, and ensuring key reporting and transparency into the future,” said Maryland Senate President Bill Ferguson, a Baltimore Democrat.

I failed my friend Dante Barksdale. We all failed him
by D. Watkins
Published February 14 in Salon

Excerpt: My friend Dante Barksdale was murdered in January. I failed him. I failed Dante. Saying anything other than that, in any other way, would be a performance. You could call it “performative,” and you’d be right.

Performative speech and acts are everywhere; I hear them, see them, witness them every day. What does it mean? I think of leaders like Republican Sen. Mitt Romney out in the streets marching with Black Lives Matter protestors after the video of George Floyd being killed by a police officer went viral. Maybe Mitt was really moved by Floyd’s killing. He did announce a plan for police reform legislation shortly after. But that’s the kind of public stand he should have been taking, meaningful movement toward justice that these marches are meant to push him and other legislators into taking. Marching for him is a symbolic gesture, designed to catch eyes and cameras; it looks, well, a little performative.

It’s not just Senators like Mitt. I encounter it every day. The Black Lives Matter signs posted everywhere and painted on the intersections of major streets, the mass spewing of woke rhetoric, the infinite declarations of love for Black people by non-Black people across my timelines — it all strikes me as performative.

Why the Poor in Baltimore Face Such Crushing ‘Energy Burdens’
by Agya K. Aning
Published February 14 in Inside Climate News

Excerpt: In early January, Darlene Jenkins took her power shutoff notice to the Fuel Fund of Maryland, a nonprofit organization that helps residents navigate utility crises. She owed a little over $2,500—more than a quarter of her yearly income.

Jenkins, 54, supports her adult disabled daughter, Latia, and her young grandson, Khiare, who started living with her early last year, on food stamp benefits and about $800 a month in disability assistance.

The cascade of misfortunes that brought her to the parking lot of the Fuel Fund office on York Road in North Baltimore, where she stood outside in the cold because of Covid-19 restrictions, had begun two years earlier when nothing more significant than a lost money order receipt caused her to fall behind on her rent, which soon triggered compounding late fees.

Maryland will be the first state in the nation to tax digital advertising. Here are 4 things to watch
by Stephen Babcock
Published February 15 in Technical.ly Baltimore

Excerpt: Maryland will become the first state in the nation to take a new approach to paying for education: taxing digital advertising.

With the new law, the state will collect a tax of between 2.5% and 10% on revenue that a company makes on digital advertising. Aimed at the big tech companies like Google, Amazon and Facebook, the law could generate up to $250 million in the first year.

The move to cement HB 732 as law was made official last week with votes by both Democratic-controlled houses of the Maryland General Assembly to override a veto by Gov. Larry Hogan, a Republican. It comes a little over a year after the measure was initially proposed by Senate President Bill Ferguson (D-Baltimore City), who has been no stranger to policy around the innovation economy and rose to the senate leadership role last year.

Excerpt: On an ordinary weekend in downtown Easton, the brick sidewalks are mostly empty, save for the occasional local out for a stroll or a handful of tourists taking in the iconic Colonial architecture of Maryland’s Eastern Shore. With only 16,000 residents, it’s the second-biggest town on the peninsula, a quaint yet popular stopover for folks from Baltimore and Washington, D.C., on their way to Ocean City.

But on a Saturday afternoon this past August, a commotion could easily be heard from several blocks away as some hundred people gathered at the Talbot County Courthouse. Wearing masks and holding signs, their voices carried as they answered a call of “Whose courthouse?” with a unified “Our courthouse!” from a grassy lawn in front of the looming government building, built in 1794.

Four days earlier, the Talbot County Council had convened inside the South Wing, sitting along a dark wooden bench separated by plexiglass dividers beneath the official seal of “Tempus Praeteritum Et Futurum,” or “Times, Past and Future,” as they voted on an issue that had grown increasingly urgent as months wore on. Earlier in the summer, after a thousand protestors rallied outside on Washington Street following the police killing of George Floyd, calls for Black Lives Matter quickly dovetailed with a demand to remove the “Talbot Boys.”

Excerpt: For the past four years, Tom Perez had perhaps the most thankless job in American politics: chairman of the Democratic National Committee.

During that time Mr. Perez, the first Latino to lead the committee, oversaw the rebuilding of the party apparatus from an indebted hollowed-out mess after years of neglect during the Obama administration to a cash-flush organization with more than twice as many employees as it had when he took over in February 2017.

But Mr. Perez, who was urged to seek the party chairmanship by former President Barack Obama after serving under him as labor secretary, hardly had a smooth tenure. He faced internal dissent in 2018 for stripping superdelegates of their voting power in presidential contests and took public and private fire throughout 2019 from more than half of the party’s two dozen presidential candidates, who bellyached about, among other things, standards that Mr. Perez had set to qualify for debates.

Mr. Perez spoke with The New York Times on Thursday about his experience running the party, the results of last year’s elections and his future political plans. His final day working for the party committee was Friday. The interview has been lightly edited and condensed.

Excerpt: Maryland senators, already frustrated over what they call the inequitable distribution of COVID-19 vaccine in the state, criticized the state health department’s performance at a weekly hearing Monday.

The county has a new state-run mass vaccination site at Six Flags, but it continues to have the lowest vaccination rate among the counties. As of Tuesday, only a little more than 5% of the county’s population has received first doses and about 1.65% has received second doses.

As he did at last week’s hearing, Schrader blamed vaccine hesitancy.

Excerpt: Drug and alcohol-related fatalities in Maryland have increased since the pandemic, and minority communities were hit the hardest, according to a recent report.

Between January and September of 2020, there were 2,025 unintentional intoxication deaths involving all types of drugs and alcohol in Maryland, a 12.1 percent increase from the same period in 2019, according to a report from the state’s Opioid Operational Command Center.

Maryland is not alone in its increase in overdose fatalities, as the Centers for Disease Control reported a 16.9 percent increase nationally in reported fatalities from all types of drugs between May 2019 and May 2020.

“We must not forget that we have been successful in flattening the opioid curve in our state before,” said Steve Schuh, executive director of the Opioid Operational Command Center. “That experience provided us with an entire inventory of programs that we are adapting to our new realities.”

Trump Should Have Been Convicted, Hogan Says
by Bruce DePuyt
Published February 14 in Maryland Matters

Excerpt: One day after a majority of Senate Republicans voted to acquit former President Trump in his impeachment trial, Gov. Lawrence J. Hogan Jr. (R) said he would have joined the seven Republicans and 50 Democrats who voted to convict.

Making the rounds on the Sunday TV talk shows, Hogan said Trump should have been held accountable by the Congress for his role in the deadly insurrection at the U.S. Capitol on Jan. 6.

“The Democrats made a strong case,” Hogan said on NBC’s “Meet the Press.” “I think the argument was pretty convincing.”

Hogan said he was “proud” of the 10 Republican members of the House who voted to send an article of impeachment to the Senate and the seven who then voted to convict.

He said they showed the same courage that his father, former Rep. Lawrence J. Hogan Sr. (R-Md.) showed in being the first GOP lawmaker to announce support for the removal of President Nixon in 1974.

“It’s sometimes really hard to go against your base and your colleagues to do what you think is right for the country,” he said. “He paid a price for it immediately, but it’s what history remembers him most fondly for.”

Header image: View through the trees of a mural painted on the side of the Harriet Tubman Museum in Cambridge, Baltimore Magazine