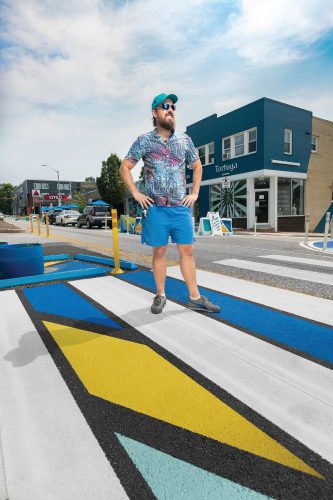 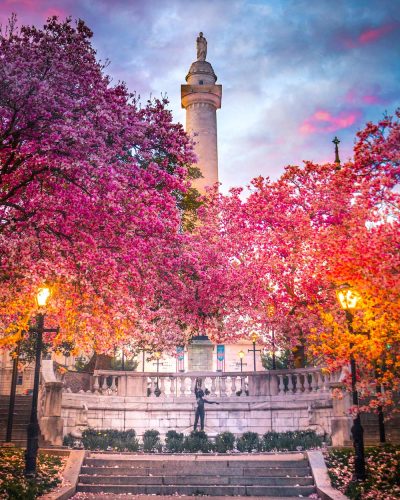 A Photographer Capturing the Unabashed Beauty of [...] 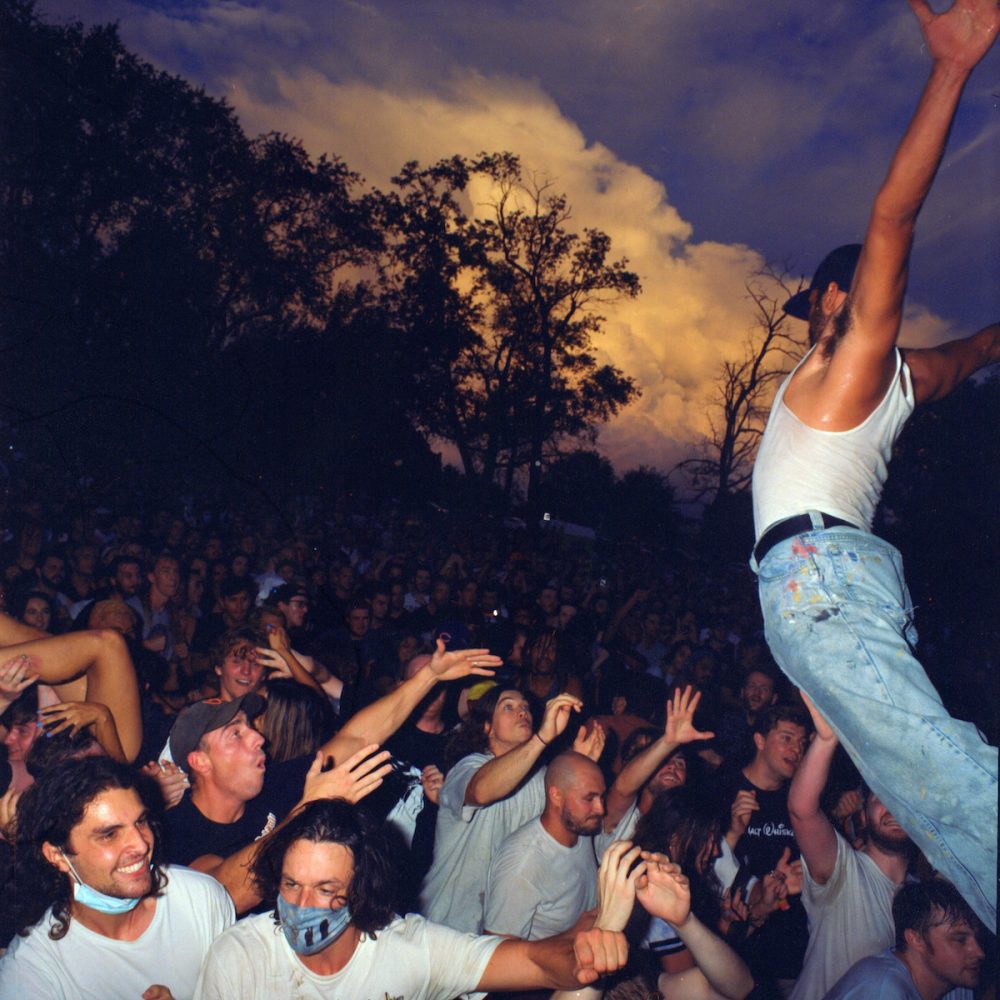 The Turnstile show on August 21 felt like a reunion. A lot of the attendees are folks I hadn’t seen since March 2020, and many of us felt a new trepidation, like the awkwardness of a first date, as we said, “I’m vaxxed, is it okay if I give you a hug?” Families and groups sat towards the back of the field in front of the Clifton Park Bandshell, and as you got closer to the stage, the crowd got thicker and younger. This was the release party for Turnstile’s latest project, GLOW ON, and the kickoff for their fall tour. It was also their first show in Baltimore in a year.

An unequivocally Baltimorean hardcore punk band, Turnstile was founded in 2010. The lineup includes lead guitarist Brady Ebert, drummer Daniel Fang, lead vocalist Brendan Yates, bass guitarist and vocalist “Freaky” Franz Lyons, and rhythmic guitarist Pat McCrory. The band announced on social media they were going to put on a free concert and collect donations to benefit Healthcare for the Homeless just a few days before the show. They performed in Clifton Park, the former estate of Johns Hopkins, on the bandshell—an interesting choice for a hardcore show.

The crowd’s energy felt nervous, but we were all riding the adrenaline high of the bass from the speakers. At one moment everyone danced to Whitney Houston’s “I Wanna Dance with Somebody,” among other funk and cookout classics that set the stage in the hour that we waited for the band. The show’s energy permeated a thick firmament of expectations and dreams. The audience was diverse, young and old; there were some people I know as professional colleagues, friends from parties years ago, and we were all suspended in anticipation for the first concert that many of us had attended in at least a year.

I love being as close to the stage as possible at most shows, but I knew that with this show things would need to be different. Turnstile concertgoers are true hardcore fans and they come ready, dressed and prepared to enter the pit, recreating the familiar rush of people pushing, pulling, lifting, diving, and dancing. A throng of Baltimore people, in waves, protecting stage divers from being hurt, allowing the brave individuals, those most die-hard fans to leap into a sea of fans and surf in ecstasy and glory.

I’m embarrassed to say that I only became a Turnstile fan at the beginning of this summer, based on the recommendation of a friend. I have been going to shows my whole life. I’ve attended many hardcore and punk shows; the music is a staple in my music rotation. When I saw that Turnstile was having a benefit release show near the end of summer, I knew that I was going to go. I felt the bass echo through my ribcage, I felt each rift of the guitar, I felt the relentless cascade of the drummer Fang’s rhythm as he steadily and ferociously kept the pace. The show was full of tenderness and power. The energy entirely focused on the band and then redirected back to the audience.

I was excited to go to the show because I missed the thrill of a concert. When Turnstile opened with “MYSTERY,” the lyrics hit home: “And it’s been so long / is all the mystery gone.” This first song, as this first semi-post-pandemic single, was especially poetic after being apart from gatherings like this for so long. And as Yates sang later on in the show, on “HOLIDAY”: “now it’s a holiday / too bright to live, too bright to die . . . I wanna celebrate.” And celebrate we did. Their performance of “ALIEN LOVE CALL,” a collaboration with Blood Orange, was a distinctive moment, providing a break for the mosh pit to rest in the heat and catch their breath. I dug in my bag for a lighter and was happy to see so many others with their lighters up too.

Turnstile is sincerely rapturous in the delivery of their music and in the direction that Yates takes in relating to and engaging with the crowd. Turnstile sounds like . . . Baltimore. It sounds like music that was made by a group of people who knew that they could literally do whatever they dreamed of doing. And the band’s star is rising. Their latest release, GLOW ON, is a cacophony of styles and lyrics, and it’s perfect for summer and dancing and moshing and getting out aggression in the middle of a fucking pandemic. And it’s sentimental and hopeful. There’s rock and electronic influences as well. Being at the show was exhilarating and rhythmic and surreal. It felt amazing to tap back into an experience from my old life. And although I have moved away from saying “I can’t wait to go back to normal,” this experience established and reaffirmed my belief that we will be able to inhabit a new normal with tethers to our old lives and our old experiences.

On GLOW ON’s “UNDERWATER BOI,” Yates exhales over the track, “when I get to heaven will I know?” Re-listening to the album, I remember how I felt in that moment in that sea of people unified in joy and dancing and hope, this show in front of a relic of Baltimore history felt like a heavenly experience that’s hard to describe—as Lyons sings on the album’s “No Surprise” interlude, “you really gotta see it live to get it.” Josh Sinn’s cinematic photos documenting Turnstile’s release show will help you get somewhere near that semblance of glory and adrenaline.

Josh Sinn is a Maryland-based photographer and educator who received his Bachelors of Fine Arts in Photography at the University of Maryland, Baltimore County. Working primarily with film, he enjoys documenting all aspects of life, especially focusing on people and their environments. Baltimore has become the central character in most of his work, with photos detailing his relationship with a city home to beauty, joy, and pain.
Website: www.joshsinn.com
Instagram: @cadillacranchdressing