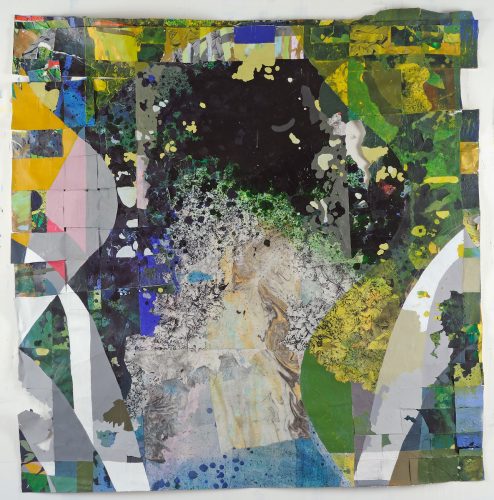 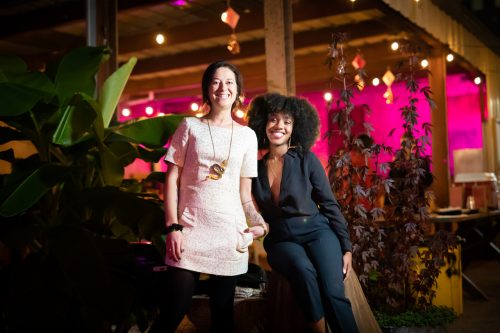 Outside at Current Space: Photo Essay 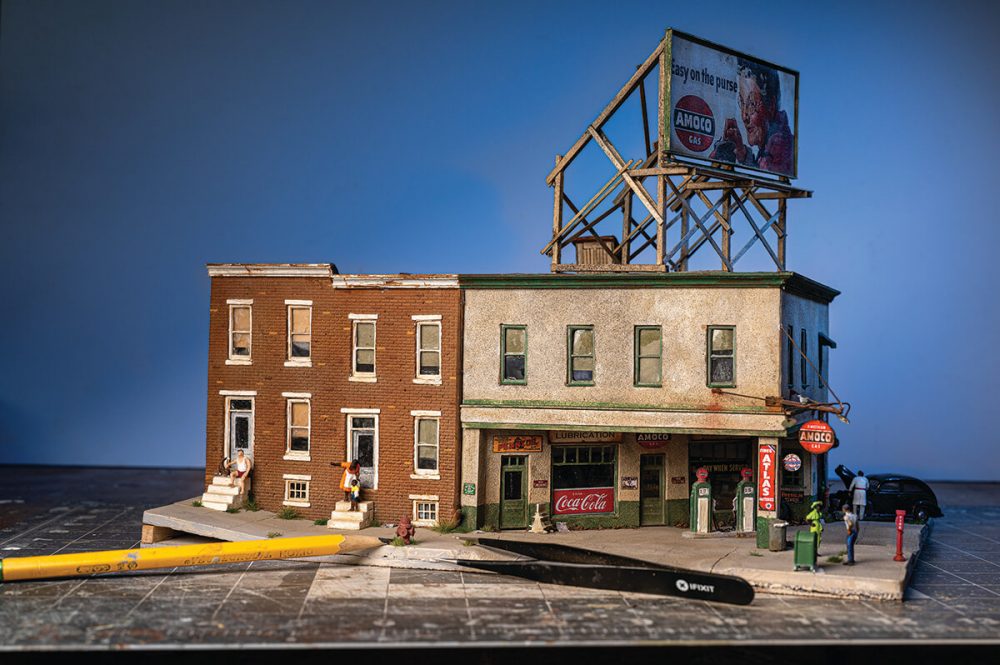 Excerpt: On a festival-packed weekend in Baltimore, a maskless Brandon Scott, who today tested positive for Covid, came into contact with scores of residents and quite a few fellow officeholders.

On Sunday, however, he was an enthusiastic participant in the Parade of Latino Nations, marching through Highlandtown surrounded by staff and some small children, waving the flags of Panama and Peru.

The parade was held in conjunction with Fiesta Baltimore, which attracted thousands more to Patterson Park on a hot, blue-sky afternoon.

In addition to his own staff, which included his director of immigrant affairs, Catalina Rodriguez-Lima, Scott was photographed outdoors with City Council members Zeke Cohen, Mark Conway and Odette Ramos and Council President Nick Mosby.

Nobody was wearing masks.

Excerpt: Amid a push to divert mental health crisis response to trained mental health professionals and away from police, Baltimore City Councilperson Ryan Dorsey called attention to the fact that Baltimore City Schools sometimes send police to respond when students use keywords on their district-issued laptops that could indicate self-harm.

Khalilah Harris, acting vice president for K-12 education policy at the Center for American Progress, was disturbed by the fact that students are being surveilled and said that surveillance could potentially lead to an encounter with the police.

“It is unconscionable for any school district to be surveilling their students through technology meant for schoolwork. Likewise, no school district should be inviting police to show up at the homes of their students, and particularly students experiencing mental health crises,” Harris told Battleground Baltimore. “Thrusting children into the school-to-prison pipeline who need medical care is a disgrace.”

Excerpt: Workers at the Baltimore Museum of Art have announced plans to form a union, making the employees the latest in a nationwide push for better working conditions and higher pay at art museums, a field that suffers from drastic inequities.

In a statement, the Baltimore Museum organizers noted that the museum’s mission is to provide “artistic excellence and social equity,” and that the members were now “channeling this passion and energy to form a union.” Among the changes the union is seeking is better job security, fairer wages, and a say in decisions that affect them, according to the union’s website.

The organizers of the union announced their intention to join the American Federation of State, County, and Municipal Employees (AFSCME) local council 67 in a blog post. AFSCME represents around 10,000 museum employees across the U.S.

The 36 organizers include Alex Lei, a gallery officer who said that he was inspired to unionize in the wake of the pandemic, when decisions were made without the input of staff members. Although the museum did not layoff or furlough any employees like so many other institutions, Lei said “Those of us working front of house weren’t really part of the conversation and didn’t know what to expect.” Adding, “we were told to come back and at the time it wasn’t clear that the safety protocols in place were enough to ensure our protection.”

Excerpt: About an hour after news circulated Tuesday that his former chief of staff, Roy McGrath, had been charged by federal and state prosecutors for plundering the state treasury, among other alleged misdeeds, Gov. Lawrence J. Hogan Jr.’s political committee, An America United, sent out a fundraising solicitation.

The subject line of the email was, “He created this mess,” and the pitch began this way:

“My friend, I’m frustrated. Are you?

“Joe Biden promised to restore bipartisan cooperation in Congress. He did not.

“He said he would bring competency back to the governing process. He did not.

“As president, he promised to Build Back Better. We’re crumbling.

“Why has President Biden abandoned his pledge and duty to the American people? We are demanding answers.”

Electronic fundraising solicitations like these are often programmed to run well in advance, so the timing may have been coincidental. At a minimum, the solicitation made for an interesting juxtaposition.

Let’s talk about bringing competency back to the governing process.

Excerpt: As it has annually since 2014, Doors Open Baltimore is welcoming the public into the city’s historic buildings and unique neighborhoods.

But this year, this “festival of architecture and neighborhoods” kicked off with some stinging framing.

In the inaugural lecture, “Mapping Baltimore Apartheid,” Dr. Lawrence T. Brown highlighted some city buildings with lovely architecture but an ugly history, like the Mount Clare Mansion where enslaved Black people were held.

“We have to do everything we can do now to address climate change,” the freshman Democrat said.

The first bill aims to convert the city’s fleet of vehicles to zero-emission — that is, electric cars that produce zero tailpipe emission, such as some plug-in hybrids and battery electric cars.

The bill calls for half of the fleet to be zero-emission vehicles by 2030 and the entire fleet to follow suit by 2040. Maryland already has a plan to work toward a fully electronic fleet by 2040.

“One of the biggest and most obvious ways that we can have an impact on reducing carbon emissions as a city is to really look at our fleet,” Conway said, adding that he has had preliminary discussions with staffers of the city Department of General Services who said the 2040 deadline is a reasonable goal.

Opinion: Will Gov. Hogan walk the walk on Baltimore transit?
by Roland Nicholson Jr.
Published October 1 in The Washington Post

Excerpt: Maryland Gov. Larry Hogan (R) convened a bipartisan group of officials in Annapolis to discuss infrastructure. However, the group did not suggest which assets should be built nor how the effort should be funded, saying the purpose of the summit was to establish guiding principles.

Hogan recently said in a USA Today opinion piece, “If you’ve found the legislative process surrounding the infrastructure bill frustrating and head scratching, don’t worry. As a governor who operates outside the D.C. bubble, it doesn’t make much sense to me either.” As someone who grew up in Baltimore but who has lived in several other cities, including Shanghai, which Hogan has touted as an example of good infrastructure planning, I think Hogan is an odd source of infrastructure wisdom.

Excerpt: Entrepreneurship has been a key element of building personal wealth since the founding of our nation, yet access to entrepreneurial opportunities remains highly inequitable – with Black Americans having far fewer opportunities than white Americans. But Baltimore, a city whose population is 62.3% Black, offers a model for the nation for diversifying economic opportunity. It’s a model that should be recognized and scaled nationwide.

According to the Kauffman Foundation, new Black-owned businesses start with almost three times less overall capital than new white-owned businesses, and Black entrepreneurs’ loan requests are three times less likely to be approved than those of white entrepreneurs. And on top of that, according to Goldman Sachs research, the median Black household owns 90 percent less wealth than their white counterparts (and it’s even wider for Black women), meaning that Black entrepreneurs both have fewer resources in-house and through friends and family to launch and grow their ventures.

Excerpt: In Harlem Park on Saturday, it was a bigger crowd than many of those gathered expected.

But many weren’t surprised, given who brought them together. Over the last two years, Bree Jones built a collective around affordable redevelopment in the West Baltimore neighborhood under the banner of Parity Homes. It’s mindful of addressing historic patterns like redlining and construction of the nearby highway to nowhere that led to displacement, as well as the blight it left behind. As part of that collective, she is working with residents on a pathway to homeownership, which is mindful of building wealth.

After laying the groundwork through organizing, developing entrepreneurial skills, legislating, meeting with the community, financing and a lot more, she’s ready to start construction.

Excerpt: “Norman Rockwell originally painted that billboard image for Amoco,” says Matt Hankins, holding a tiny, once-upon-a-time gas station in the palm of his hand. “That woman in the advertisement? It’s Grandma Moses. They were friends, and he occasionally painted her portrait,” Hankins adds, gesturing to the kindly visage of the elderly woman reaching for a few coins in the worn poster. (Amoco tag line: “Easy on the purse.”)

The entire billboard, the size of a couple of postage stamps, is situated atop a diorama of a very real Amoco service station that decades ago sat at the intersection of Park Heights and Oakford avenues in West Baltimore.

The unique, white-stucco structure remains today, but with the pumps and repair bays long gone. In the uncannily precise recreation, there’s a mechanic checking beneath the hood of a mid-1940s Ford sedan, a man and woman in polite conversation on the corner, a mother in front of her rowhouse pointing her son’s attention across the street—perhaps to an Arabber—and a middle-aged guy in an undershirt who looks like he’s ready to crack open an afternoon Natty Boh on his stoop.