Baltimore News: Baltimore Curators, Festivals On the Way, and HBO’s “We Own This City” 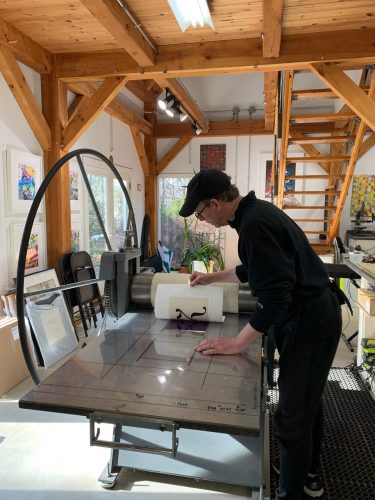 A New Print Fair for Baltimore 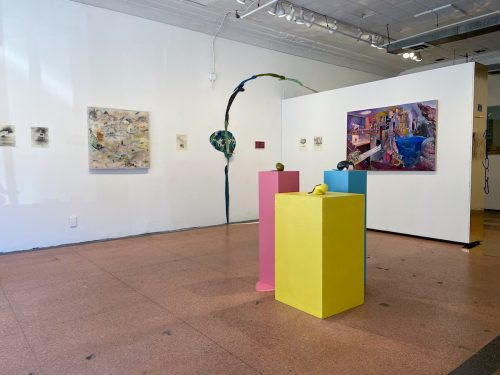 News & Opinion
Baltimore News: Baltimore Curators, Festivals On the Way, and HBO’s “We Own This City”
Baltimore news updates from independent & regional media 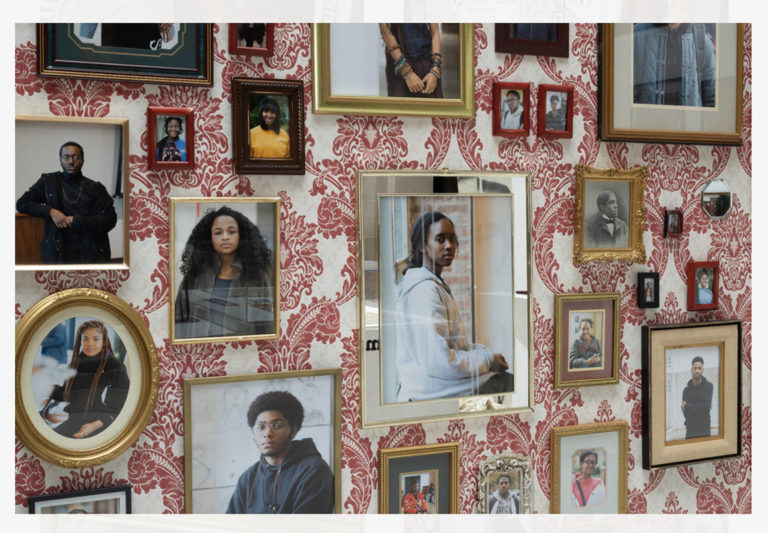 Excerpt: The necessity of art as activism fluctuates with current affairs. Global or domestic circumstances that unfold very quickly can require art workers to mobilize and respond with equal rapidity. Long-suppurating ills—racism, homophobia, violence against women—require longer-view strategies. Some issues demand both. Today’s polemics are unprecedented. A crippling pandemic followed the near-destruction of truth and democratic process in the United States, by a girning reverse-Midas; a degenerate pretender who threatens a further four years of abyssal plunge. Votes for that maniacal prospect risk entering history as America’s suicide notes. To that end, the Republican Party—which is now, surely, the largest criminal organization in history—has launched a bold assault on electoral integrity and marginalized groups, led by despotic governors and their parasitic sycophants.

Further afield, Ukraine is the latest crucible of bloodshed on Europe’s borders, fueled by a resurgent Soviet-era ideology that might yet lead to cataclysm. And that’s about it as far as the majority is concerned, because there is no news on either side of the political divide in the United States—only entertainment, lurid spectacle, or repetition—and certainly not one that cares to inform us about crucial stories or crisis beyond duplicitous headlines if they are of no ratings consequence to CNN or Fox. Under these conditions art’s relevance as a microphone, as action, or even art as news, is at a rare peak, and its custodians must heed it if they are to play a part in roadmapping a way forward.

Hearteningly, new generations of cultural architects are forging hard at the anvils of necessity. While such industry is afoot across the United States, there are places where local concerns speak to national exigencies with particular resonance, and where art workers are especially attuned to the needs of their constituencies, and how best to deploy their abilities in support of them, because they are a part of them. Baltimore is exemplary.

Excerpt: In the heart of Mt. Vernon, there is a small, cool, dark room that holds the history of Maryland fashion. It is, essentially, a large closet, with metal shelves stacked with boxes of all shapes and sizes, and multiple rolling racks hung with muslin-wrapped uniforms and ball gowns.

“This is Tench Tilghman,” says Allison Tolman, touching the arm of a mannequin dressed as a Revolutionary War officer. “He’s going to the State House next week.”

Through the Maryland Center for History and Culture’s lobby, past its exhibition galleries, around a construction zone, beneath an exposed wood ceiling, sits the institution’s bona fide treasure trove—the Fashion Archives.

The event, which took place on the private university’s medical system campus in East Baltimore, also marked the graduation of the accelerator’s ten impact-focused ventures. Ballet After Dark, founded by Tyde-Courtney Edwards, won the $25,000 top prize. The organization aims to provide free, trauma-informed and holistic resources to those who have survived sexual trauma and various levels of violence in Baltimore city. Informed by a dance therapy model, Ballet After Dark particularly seeks to uplift Black youth and women.

Edwards on Wednesday told Technical.ly that the award “means the opportunity to have a larger impact is more possible.

“Personally, this award makes me, my work and survivors in our community feel seen and heard,” she continued. “We’re finally growing into a space where private conversations about healing and the needs of our survivors are being elevated to public platforms.”

After BOPA cancels Artscape and other major festivals for 2022, others step up to fill the void
by Ed Gunts
Published April 25 in Baltimore Fishbowl

Excerpt: Although directors of the Baltimore Office of Promotion and the Arts (BOPA) say they need more time to plan a return of Artscape and other major festivals, other groups are stepping up to fill the void this year.

Historic Ships in Baltimore, a program of the Living Classrooms Foundation, is presenting Maryland Fleet Week and Flyover Baltimore, a seven-day event in September. The last one drew more than 400,000 people. One of the coordinators this year is Kathy Hornig, the former “festivals guru” at BOPA.

After a three-year hiatus, “there will be the in-person return of the Maryland Fleet Week and Flyover [Baltimore], September 7th to the 13th,” Hornig said on WJZ-TV. “We’re going to have a great time at the Inner Harbor. In addition to the ship visits and the flyover, we’re going to have a party that showcases local bands, local food and beverage. We’re going to have a…Kids’ Zone. We’re really looking to showcase the Best of Baltimore.”

Excerpt: Fourteen Baltimore baristas made history on Monday when they gathered in a downtown hotel and voted to join a union. The vote made their Starbucks — at 1209 North Charles Street — the first in Maryland to unionize.

A former U.S. labor secretary who was on hand for the vote — gubernatorial hopeful Tom Perez (D) — predicted that the small but growing push to unionize Starbucks employees will soon include hundreds of stores.

“This is not a one-off moment,” said Perez. “The number of union organizing campaigns we saw, the number of strikes we saw last year, the collective action that workers are taking across this country… I applaud that.”

Excerpt: Last week’s oversight hearing for the Baltimore Police Department (BPD) consent decree fell just two days after the seventh anniversary of the death of Freddie Gray, but the focus was on “progress.”

“The problems at BPD were many years in the making and we are pleased with the progress that has been made since the consent decree was put in place,” Assistant Attorney General Kristen Clarke of the Department of Justice Civil Rights Division said.

That progress, all parties involved boasted, includes technocratic reforms such as changes to policies regarding use of force and other policing practices, a stronger internal affairs unit, better training facilities, and better record keeping. Much less attention was given to discriminatory policing.

Excerpt: On its website, the Neighborhood Assistance Corporation of America (NACA) touts its “aggressive advocacy.” At last night’s meeting of the City Council, its methods were on full display.

The tactics used by the Boston-based organization, enlisted by City Council President Nick Mosby to support his Dollar Homes bill, only served to doom the measure, several lawmakers said. “No one’s mind was changed on Dollar Homes by this shameful display,” Councilman Zeke Cohen told The Brew afterwards.

“The bill is going to die – it’s all but dead,” said Councilwoman Odette Ramos, who was the target of a startling insult by the group’s leader.

That moment came after the group’s CEO, Bruce Marks, and scores of people he brought with him made their grand entrance, filling the Council chambers to standing-room-only capacity, chanting Mayor Brandon Scott’s name as the sound of banging and shouting could be heard elsewhere in City Hall.

The shopping center, located at the intersection of Interstate 70 and the Baltimore Beltway, has been in decline throughout the years, losing big retailers such as JCPenney, Sears, IHOP, and Bennigan’s.

“All communities are worthy of investment and capable of revitalization, including Security Square which has long been a central community hub in Western Baltimore County that has not yet reached its fullest potential,” Olszewski said in a statement.

“With this investment, we are becoming a fully committed partner in the effort to revitalize this critical economic and community anchor,” he added.

You can take off that mask, but I’m keeping mine
by Leslie Gray Streeter
Published April 21 in Baltimore Banner

I often attempt to send silent messages to strangers walking by the empty seat next to me any time I take open-seating transportation like trains, Disney World monorails and Southwest Airlines flights like the one I was on earlier this week.

Everybody wants the seat with more legroom, elbow room or for their heads to do that awkward neck flop while sleeping. So I try to silently discourage them … with my miiiiind. (Insert freaky mind control music.)

I played this Mental Travel Theatre on Tuesday, the first full day in nearly two years that masks became optional on American airplanes after a federal court order shooting down the Biden administration’s mandate. I sent extra strong telepathic messages to people considering plopping next to me who weren’t wearing one.

David Simon, Jon Bernthal and the Makers of HBO’s ‘We Own This City’ on Dirty Cops, the Drug War and the Legacy of ‘The Wire’
by Julian Sancton
Published April 21 in The Hollywood Reporter

Excerpt: David Simon may have left The Baltimore Sun’s crime desk more than 20 years ago, but he never lost his nose for a good story — nor his commitment to chronicling the ravages of the war on drugs in his hometown. His nonfiction books on the subject, Homicide and The Corner (the latter written with former BPD detective Ed Burns), both inspired eponymous TV series and would form the basis of HBO’s The Wire, which Simon created in collaboration with Burns. Simon oversaw five seasons of the critically revered show before going on to dramatize the wayward turns of the American experiment in other cities and time periods: post-Katrina New Orleans (Treme), Yonkers in the 1980s (Show Me a Hero), and New York City in the 1970s (The Deuce) and the 1940s (The Plot Against America) — each time for HBO.

After this grand tour of American dysfunction, Simon and George Pelecanos — a crime novelist who wrote several episodes of The Wire and co-created several series with Simon — have returned to Baltimore with their new miniseries, We Own This City, which premieres April 25. Based on the book of the same name by former Sun reporter Justin Fenton (one of Simon’s successors on the paper’s crime beat), the show addresses the high-profile scandal that rocked the BPD in 2017, when several plainclothes officers from the department’s elite Gun Trace Task Force unit were convicted of racketeering — among many other charges — for their abusive practices and their role in a conspiracy to distribute stolen drugs.

The group’s ringleader, Detective Wayne Jenkins, was sentenced to 25 years in prison. He is played in the series by Jon Bernthal, whose extensive research for the role included ride-alongs with active police and numerous conversations with Jenkins and his former colleagues. Bernthal reteams with his King Richard director Reinaldo Marcus Green, who helms all six episodes of We Own This City. Both former baseball players — Green considered a career in the MLB, and Bernthal played pro ball in Moscow while studying theater there in the early 2000s — the two shared a close bond on set. “We both talk about this work on almost purely athletic terms,” Bernthal says in a recent Zoom session with Green, Pelecanos and Simon. Green, as it happens, joined in from his car as he drove to a little league field in Mar Vista, “where I literally take half my meetings.”