The Internet Is Exploding: 10 Must-Read Articles This Week 4/10 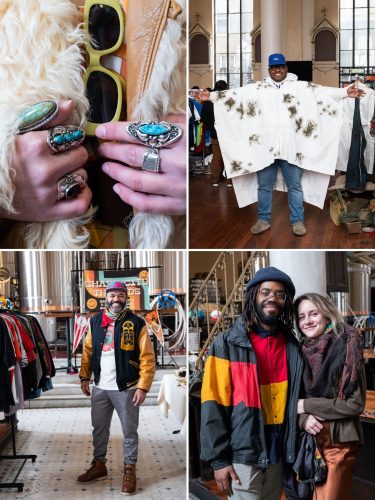 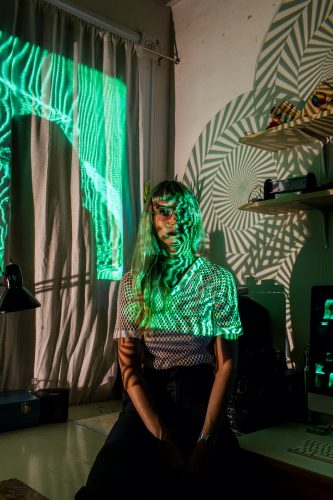 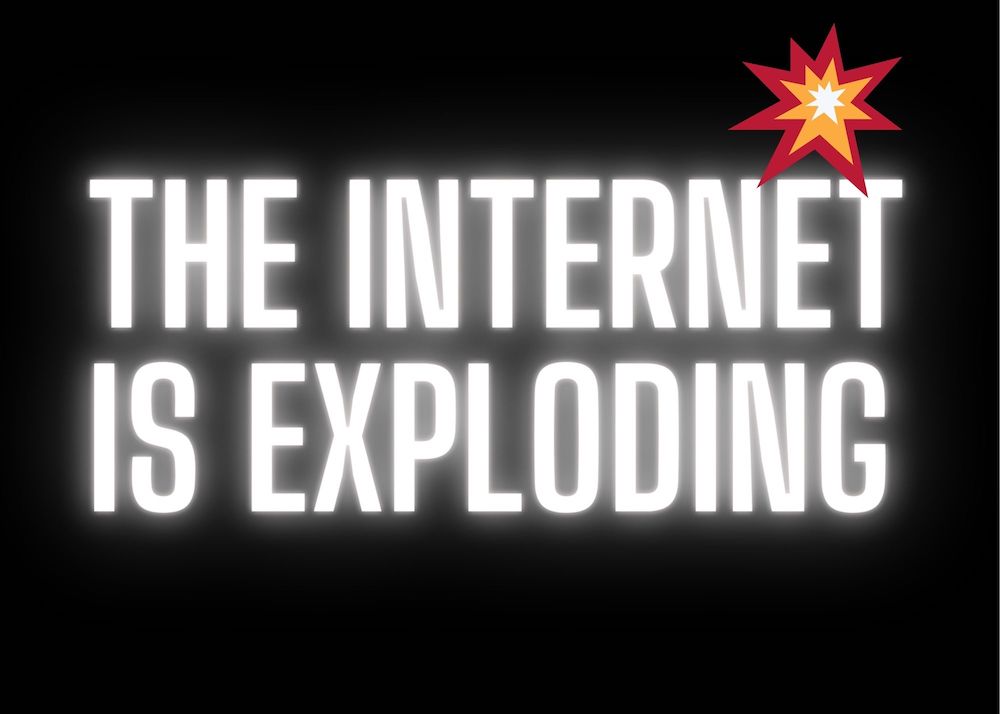 Black Lives Matter Global Network Foundation (BLMGNF) has increasingly come under scrutiny for lack of transparency around its use of funds. In October 2020, Patrisse Cullors, a founder and former executive director of BLMGNF, purchased a property for almost $6 million in cash “with more than 6,500 square feet, more than half a dozen bedrooms and bathrooms, several fireplaces, a soundstage, a pool and bungalow, and parking for more than 20 cars, according to real-estate listings.”

Sean Campbell, who reported this piece, saw numerous documents and communications “about the luxury property’s purchase and day-to-day operation suggest[ing] that it has been handled in ways that blur, or cross, boundaries between the charity and private companies owned by some of its leaders. It creates the impression that money donated to the cause of racial justice has been spent in ways that benefit the leaders of Black Lives Matter personally.” Throughout the piece, Campbell shows that this purchase appears to be part of a larger pattern of the foundation mismanaging funds, and using the BLMGNF name for personal gain and clout.

Furthermore, other writers have noted that there are many stories that fit into this pattern that are not included in this piece. Writer, cultural strategist, and organizer Aurielle Marie tweeted she was “I was interviewed for over two hours for this piece. My story, including my police kidnapping didn’t make the cut. My experience with the lies of three founders and Shaun King’s bullshit wasn’t.” Continuing, she noted that “there’s a LOT here. And none of it is freedom work. All of it is dangerous.” Writer Shamira Ibrahim also shared a thread on Twitter with “info that is public but not commonly known” adding context to the current situation.

For the first time, Amazon warehouse workers have formed a union. The historic vote in New York on April 1st is one of “few parallels in the US labor movement’s post-Reagan history.” The organizing effort led by Christian Smalls and Derrick Palmer defied odds as Amazon reportedly “spent $4.3 million on union-busting consultants, a startling amount for any company.”

This win coincides with a re-vote at an Alabama facility for a union of their own—although that vote is too close to call. “It is hard to overstate the obstacles workers in New York and Alabama faced to get this far.” Hopefully this is a sign for more unions to come!

3. Hakai Magazine: Declared Extinct, the Yaghan Rise in the Land of Fire

The southernmost tip of South America, Tierra del Fuego, has been home to the Yaghan people “for much of the past 8,000 years and probably longer.” The archipelago and the Yaghan were “once relegated to historical oblivion” through “exaggeration, assumption, insularity, and willful ignorance” of European colonizers and tourists. With the help of archaeologists, the Yaghan are learning deep histories about their ancestors.

This work contours narratives of “the Yaghan, and other Indigenous cultures, [that] often emphasized one moment: the disastrous meeting with Europeans,” writes Jude Isabella. “And that’s what drives me here, an irritation that across the Americas, popular culture has focused relentlessly on that one point in time, and though significant, it’s like writing a badly abridged version of a multilayered story. A deeper truth lies buried, rich with a diversity of characters spanning time and place.”

In sharing the story of the Yaghan, Isabella is also critical of the stories we tell ourselves.

4. Smithsonian Magazine: The Legend of The Music Tree

I don’t know much about guitars but they are one of my favorite instruments. My best friend is a classically trained guitarist. At the arts high school we went to, I used to sit in her practice rooms listening to her play—stopping and restarting over the difficult areas, pulling different sounds, different tones from her instrument. In undergrad, she got a custom guitar, a spruce top. I still remember the first time my ears were greeted with notes from that guitar—clear but not sharp sound reverberated from the delicate strumming of her fingers.

My friend has many guitars for the different styles she plays; as Ellen Ruppel Shell writes, “no guitar is built to do it all.” The legendary music tree Shell writes about here was an old-growth mahogany tree from Belize measuring a 12-foot diameter around the base and rising 100 feet tall. Cut in 1965 in the Chiquibul Jungle, the tree was not removed from where it fell until almost 18 years later. The sought-after wood is recognizable for its “dark crenulations called ‘quilt.’ What made this tree’s quilt unusual, maybe even unique, was that it showed three distinctive patterns: a blistered outline parallel to the grain that looked like a topographical map; a deeply curled figuring with trailing tendrils called ‘sausage’; and, rarest of all, a repeating ‘tortoise-shell’ pattern.”

The wood is covered by luthiers and musicians not only for its beauty but for its exceptional sound quality: “generally speaking, mahogany tops produce an earthy sound that some musicians like, especially for playing the blues.” Guitars made from the tree start at around $25,000. As with other rare instruments such as Stradivarius violins, “what this implies for guitars is that the very appearance and cost of guitars made from The Tree and other exotic and rare woods influence the way musicians and luthiers actually experience them.” Whatever the case may be, the myth of The Tree is sure to live on through the sound of the instruments it creates and the sheer beauty of its grain.

This is an absolutely beautiful piece of writing. Biologist Sam Keck Scott works at construction sites looking for endangered animals and saving as many as he can. In Sonoma County, Scott is searching for the “California tiger salamander — an animal once prolific in this part of Northern California, now almost entirely wiped out.” Before colonization and development, the land was “a lush mosaic of lakes, creeks, wetlands, vernal pools, riparian forests, grasslands, and oak savannah. A hummocky world of wet depressions and dry rises — as if the land itself was as amphibious as the salamanders who thrived there.” Now, the air in the area is filled with both dust and smoke from continuously record-breaking fires. Droughts mean less and less water, and what’s left is polluted. Scott’s “job is to protect the disappearing animal species of California,” he writes. “I think of these animals as ambassadors to the apocalypse. Tiger salamanders are trying to tell us something by their very disappearance — if the world isn’t healthy enough for us, it isn’t healthy enough for you either.”

6. The Atlantic: America’s Pandemic Orphans Are Slipping Through the Cracks

It is estimated that 200,000 American children have been orphaned due to the pandemic. There is no end in sight for this increase, and “so far, the plight of pandemic orphans has not proved to be much of a pressing issue in the United States.” Many of “these children are disproportionately low-income and nonwhite, [and] they already face systemic barriers that amplify the fallout of orphanhood—and many families are unprepared from the start.” While there is federal funding for the funerals of people who died of COVID, there is no sustained approach for orphans. Some states and municipalities have implemented their own legislation to deal with the crisis, which “is better than nothing, but without a stronger centralized national strategy, tens of thousands of children are likely to fall through the cracks.”

On Thursday, the Senate confirmed Ketanji Brown Jackson to the Supreme Court, making her the first Black woman to hold the position. Jackon, who will replace Stephen Breyer this summer, will “solidif[y] the liberal wing of the 6-3 conservative-dominated court.” This confirmation is historic and is cause for great celebration, however, it is also important to remember that “much is made about the breaking of glass ceilings, but nothing about the blood that pours out from the person who does the shattering,” as Hanna Phifer noted in her article on Jackson’s hearing.

Talk show host Dr. Mehmet Oz is running for a senate seat in Pennsylvania. Oz’s candidacy requires him to disclose financial information, “shining some light onto those otherwise opaque” daytime TV deals. According to the filing, Oz’s base salary for his show The Dr. Oz Show, was around $2 million per year; with syndication and partial ownership, his total compensation from the talk show is estimated at around $10 million. In addition to this, Oz is also still a practicing physician, “and he received more than $330,000 in royalties for his role in developing the MitraClip cardiovascular device. He also was a paid spokesperson for Turkish Airlines.” With all of his streams of income and assets combined, he could be worth up to $500 million.

More than anything, this piece is grotesque in both illustrating Oz’s grift, and that, unsurprisingly he “leaned on his background as a doctor and as a media personality, portraying himself as an outsider candidate in the same vein as Donald Trump.”

A video of actress Paula Patton making her mother’s fried chicken recipe circulated across the internet this week. Originally posted in March, the video made its way to TikTok then Twitter when runner Ashley Spencer critiqued Patton’s recipe—and there is a lot to critique. Firstly, Patton appeared to barely clean the chicken (although Patton has since said it only appeared that way due to editing). Then Patton didn’t season her chicken or her flour and didn’t use a binding agent. Instead, Patton put the unseasoned chicken into some grease and then proceeded to season the grease with only Lawry’s Seasoned Salt, paprika, and pepper. Unsurprisingly, when Patton removed the chicken from the grease it appeared burnt, and when she pulled a piece apart the inside was pink. She ate it anyway.

Black Twitter came for Patton, expressing serious concerns and noting that her mother is white. Patton has responded to the controversy with a positive video, saying “it’s all good because everybody’s got their own way of making things,” and is responsive to the feedback she’s received. She also stated that “I’m gonna always make my mom’s chicken the way she did it. We put the seasoning in the oil and all that. It’s just the way we do it.”

This interview is pure chaotic nonsense. Donald Glover interviewed himself and still found a way to disparage Black women, as he asked himself “are you afraid of Black women?” After asking himself for clarification, he defensively retorted, “I feel like you’re using Black women to question my Blackness.”

The interview is causing many to “wish you could separate the art from the artist.” While I have this interview included as it is all over the internet, Tyler Conway had the right idea: “i closed that Donald Glover interview soon as i saw this picture i knew all i needed to.”