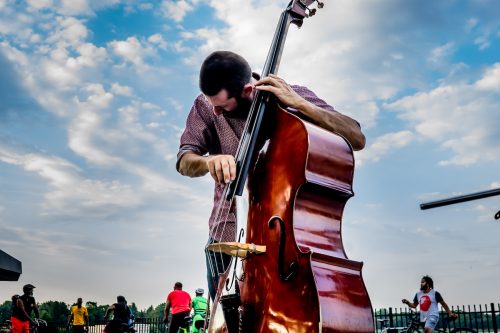 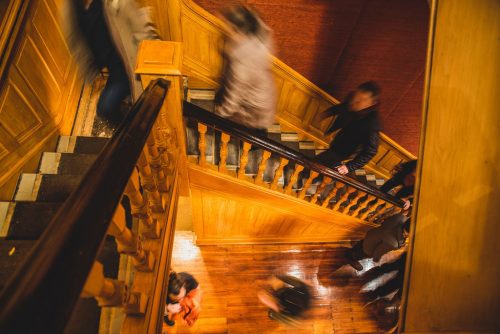 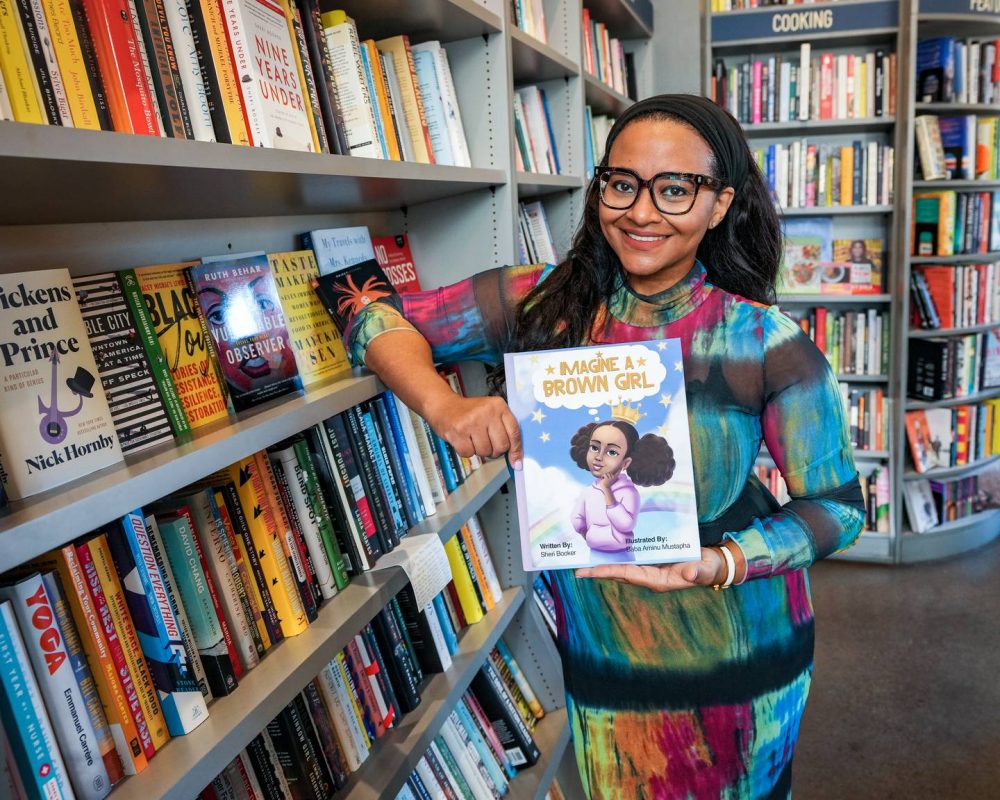 Excerpt: With a potential new developer named to acquire and revitalize the two Harborplace pavilions at Pratt and Light streets, many city planners, business leaders and others are suggesting ways to improve Baltimore’s downtown waterfront and draw tourists and area residents back to the Inner Harbor shoreline.

In the following article, Rebecca Alban Hoffberger offers one of the most detailed and wide-ranging visions to date, a potential template for changes that go far beyond modifying the two retail pavilions that developer Jim Rouse opened in 1980.

Frank comes to Baltimore from Waterwell, a theater and arts non profit in New York City, where he has been managing director for the past four years. He succeeds Michael Ross, who announced his retirement from Baltimore Center Stage last year.

Excerpt: I met Cara Ober at the BmoreArt office and gallery in the converted storefront at 2519 N. Charles Street where it shares space with one of its supporters, the Robert W. Deutsch Foundation. Colorful paintings hang on the walls of a large, square room; an inviting arrangement of couches and chairs floats at its center. The coffee table holds the most recent editions of the magazine — The Collect Issue (13) and The Environment Issue (14) — as well as a couple of bowls of Halloween candy that Ober lifted from her twelve-year-old son.

“We had only been in here a few months when the pandemic hit,” Ober explained. “Rather than canceling the shows we had already promised to artists, we installed a projector on the ceiling and had the front windows frosted. We held openings out on the street. And now, we still project art every day after dark.”

Creative solutions connecting local artists with the community is a theme that came up again and again in our conversation, during which I came to understand that Ober has profoundly impacted the situation of the visual arts in Baltimore by seeing what’s missing in the infrastructure and filling that space — with media coverage, with parties, with exhibitions, with studio tours, with speaker series, and more. In fact, I walked out of there thinking, Ober IS the infrastructure of the art world in Baltimore. Well, she and a couple of museums or whatever.

Excerpt: Sheri Booker spent much of her time during the COVID-19 pandemic lockdown watching the news.

But it wasn’t news about the latest COVID-19 deaths and hospitalizations that most caught her attention. It was the deaths of women and girls in Baltimore to violence that she began to empathize with.

In 2020, the year the pandemic began, 49 women were killed in Baltimore, or 14.6% of all homicide victims. Ala’junaye Davis, who was only 16 when she was shot while riding in a car, is just one of the people slain that year that Booker heard about. During that time, Booker wrote a poem, “Imagine a Brown Girl,” to express her sorrow over all of those deaths.

Excerpt: As if he doesn’t have enough going on, writer and filmmaker John Waters and the Sub Pop record label on Friday released a new recording, entitled “It’s In The Book/”Proud New Father.”

The release comes one day after Artforum magazine published Waters’ Best Films of 2022 list, which includes “Bones and All;” “EO,” a film about a donkey that wanders Europe; and “Detainee 001,” a documentary about John Walker Lindh, the “American Taliban.”

Waters’ new audio-only release, available digitally and on a seven-inch single pressed on gold vinyl, features Waters covering a stand-up routine recorded in 1952 by Johnny Standley, a comedian, actor and musician who was born in Milwaukee in 1912.

She’s on location at the Copper Canyon Grill in Arundel Mills, where a production crew is shooting a commercial the restaurant will use for recruiting and promotion purposes. An attractive group of people mill about—mixed of race, mostly in their late 20s and 30s. Several have arrived with wardrobe bags slung over their shoulders, as Washington advised everyone to bring clothing options. There is an anticipatory buzz in the air.

In truth, the 37-year-old Washington doesn’t need to be here. As a casting director, her part of the production is already complete. But she likes to make sure everything runs smoothly and provide a familiar face to her actors, many of whom she’s worked with before. So she sits with them in a side room, where the cast and crew mingle, talk about past gigs, and nosh on Dunkin’ doughnuts and coffee as they wait to be called to set.

Excerpt: One of Baltimore’s most popular recent museum exhibits, “Guarding the Art” at the Baltimore Museum of Art, is going national.

The Baltimore Museum of Art and the Phoenix Art Museum announced Tuesday a partnership to develop and implement new editions of this year’s “Guarding the Art” exhibit, in which the art on display was curated by museum staffers who typically guard the art.

For the Baltimore exhibit, which ran from March 27 to July 10, 17 security guards and gallery attendants were asked to choose works from the museum’s permanent collection that were most meaningful to them and then create an exhibit out of their choices.

Excerpt: The exodus of more than six million African Americans from the rural South to the North, Midwest, and West between 1910 and 1970 was one of the most significant movements of people in U.S. history. Although chronicled by painter Jacob Lawrence in The Migration Series in 1941, as well as journalist Isabel Wilkerson in her award-winning 2010 book, The Warmth of Other Suns, the Great Migration also remains one of America’s unexplored stories of the 20th century.

Through January at the Baltimore Museum of Art, this epic saga is the subject of a new, large-scale, already acclaimed exhibition, A Movement in Every Direction: Legacies of the Great Migration. Co-curated by BMA contemporary art curator Jessica Bell Brown with Ryan N. Dennis, artistic director for Center for Art and Public Exchange at the Mississippi Museum of Art, it features works by 12 artists, including internationally recognized stars Carrie Mae Weems and Mark Bradford, as well as MICA graduate Akea Brionne, Baltimore-based Zoë Charlton, and Silver Spring-born photographer Larry Cook, among others.

Excerpt: Lights, camera, action: NBC’s “Today” show featured the famed holiday decorations at Hampden’s beloved Miracle on 34th Street on Wednesday — and several people came out on a drizzly and foggy morning to show off their Baltimore spirit.

Excerpt: For 50 years, Baltimore city officials have trumpeted the use of tax subsidies for private developers as a way to catalyze economic development. As more and more public funds have gone into the pockets of the rich, the city’s prospects have only worsened. Hundreds of thousands of residents have left or been pushed out of the city, and numerous businesses have followed suit. In their new documentary, ‘Tax Broke,’ TRNN reporters Taya Graham and Stephen Janis team up with veteran Baltimore reporter Jayne Miller to tell the story of how capital has fed parasitically on taxpayer money for half a century. Stephen and Jayne join Rattling the Bars to share what their reporting in ‘Tax Broke’ uncovered.