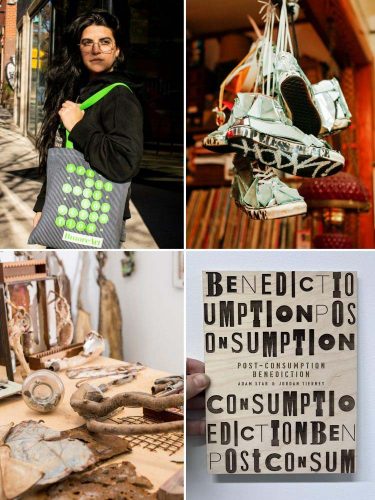 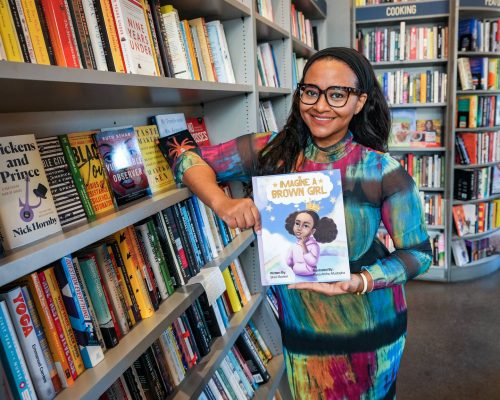 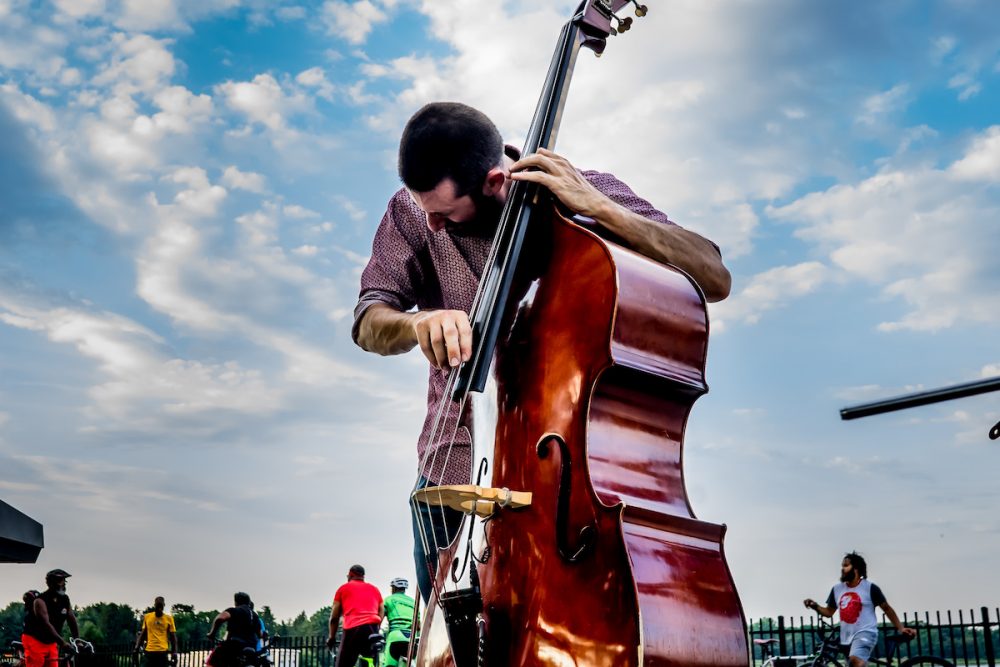 Once I was at a party and heard a man declare that live music was dead. As a touring musician and concert organizer, I had to interject. “No it isn’t! There are shows happening all the time!”

“Then tell me where I can go see some live jazz tonight,” the man challenged me.

I was stumped. I loved jazz, but I was more tapped into Baltimore’s underground and experimental music scene, so I couldn’t give him a good answer. Our debate left me curious. But soon after our exchange, the pandemic began and brought everything to a standstill. The music industry took a huge hit, but live music wasn’t dead. Comatose, perhaps. Musicians and music lovers were just waiting for circumstances to shift, knowing there would be a live music revival.

Baltimore musician Ed Hrybyk felt the impact not only as a performer but as a jazz teacher. A Baltimore School for the Arts 2006 graduate, Hrybyk returned as a jazz instructor in 2018. He frequently attended jazz jams with his students so that they could work on their chops. “The traditional model has been to play in a bar on an off night,” Hrybyk explained, meaning a Monday or Tuesday, during a musician’s weekend.  But in 2020, “we went from 3-4 jams a week to ZERO. Online jam sessions were hilarious… nothing worked.”

During the pandemic, he spent over a year conducting virtual lessons. “I was in my basement, they were on the other side of the screen,” he recalls. “Teaching jazz to pretty accomplished high schoolers without actually playing jazz with them was a real challenge. Now I can do that pretty well with guitar, bass, trombone, saxophone, but I struggled with the drummers. It’s the middle of the day, everybody’s home, their parents are doing work at home, their siblings are at home, how can I get them to play?”

The answer was to get out of the basement, off of the screen, and somewhere in person. In September 2020, Hrybyk took a downsized drum kit to a local park and told his drumming students to show up with sticks. What began as a jam opportunity for his students eventually transformed into a solid music series – The Baltimore Jazz Jam, every Tuesday in a city park – weather permitting.

Hrybyk already had a knack for hosting pop-up concerts. In April 2020, when most musicians were out of gigs, he organized a porch concert and decided, “we’re just going to start doing this.”

The model was sustainable, people were hungry for live music and more than happy to sponsor porch concerts. So Hrybyk carried on with the two series, typically featuring a trio for the Tuesday park jams and a quartet for the Wednesday porch concerts. He invited local talent to play like Trumpeter Brandon Woody, Borderland Jazz Quartet Downtown Tumbao, and multi-instrumentalist Ray Winder. Then someone asked him when his trio would be a part of the series.

As a bassist, Hrybyk often accompanied featured musicians, but it never occurred to him to highlight his own group. There was no reason not to – he had a whole album’s worth of material to perform. In 2018, he released his first album Bright Moments. Hrybyk envisioned writing an album for a quartet, but then he started adding horn lines. He ended up with material for a 7 piece band.

After a few performances, he realized a big band was not feasible. “I have the charts written out, musically, it’s kind of doable, it’s just really hard.” So he started modifying his music for a trio, focusing on piano, drums, and bass. He was inspired by some of his favorite jazz artists, pianist Oscar Peterson and bassist Ray Brown. “I model my playing off of Ray Brown,” Hrybyk shared. “A sound on the bass is Ray Brown.”

What began as a jam opportunity for his students eventually transformed into a solid music series – The Baltimore Jazz Jam, every Tuesday in a city park – weather permitting.

When it came to performing live with the trio, Hrybyk was fortunate enough to call on some longtime friends. He went to grade school with pianist Savino Palumbo. Palumbo started his musical training in Peabody’s Kindermusik program at age 3 and later graduated from Towson University with a degree in jazz piano performance.

The two reconnected after college and while watching Palumbo play, Hrybyk thought, “This guy rips! He’s technically proficient on the piano and he brings a unique voice to the trio.” Hrybyk self-describes his own playing as “inside” – not that weird, not outside the box. “Palumbo’s understanding of rhythm allows him to play with musical ideas that my brain can’t conjure up. And he can read like nobody’s business! He reads my charts really well, he plays them with a passion, it’s great.” As for a drummer, Hrybyk frequently worked with Allen Branch, an old friend from BSA. Branch also recorded on Bright Moments. “He’s been playing my music since I conceived of it.”

The Ed Hrybyk Trio will play an upcoming show on Friday December 16th at the Church on the Square as part of the Music on the Square Concert Series. Although they’ll play some classics, it’ll mostly be Hrybyk’s original work. He hopes to debut a new song if he has a chance to finish working on it.

“It’s not that I don’t write, it’s that I don’t finalize it.” Between teaching, gigging, and presenting concerts, those creative moments can get stuck on the backburner. The trio will play some songs off the album, like the samba and swing tunes. “The recording is illustrious,” Hrybyk says, but notes that the trio will interpret the music in their own way. “I’m trying to think of different ways the trio can become an arrangement. We can improv, ebb and flow, loosen up, and breathe.”

I asked Hrybyk about the last two songs on Bright Moments, “Ballad for Chuck” and “Tune for Rick.” They both serve as a gentle comedown from the rest of the album. Hrybyk shared that the two songs were for his family, the first written after his nephew’s birth, the latter after his uncle’s death The two songs compliment each other and carry a loving presence while exploring joy and grief. “I’m pretty much a realist, I’m a Virgo to my core. I don’t get too spiritual, but music is pretty much undeniable,” Hrybyk reflects. “There’s an energy in there that’s not unique to my music. It’s just what people do with music. They convey those feelings and emotions. It’s interesting that that energy can be captured in a song.”

“There was a teacher I had in college, Trudy Pitts, an organist. She used to say it all the time,” Hrybyk reminisced. “We would be in rehearsal and she would say, ‘bright moments, bright moments.’ It was like a hello and a goodbye.”

If only I could run into that boisterous guy from the party, the one that swore that live music was dead. Almost 3 years since a global pandemic altered life and live music, I’m more in the know about where to find live jazz than before, thanks to Hrybyk’s dedicated schedule. A Baltimore park on a warm Tuesday night. A neighborhood porch concert on a Wednesday evening. Marie Louise Bistro on a Friday, the Brass Tap Room for Sunday brunch. And every now and then, a special trio show, highlighting bright moments.