New Urbanite A&C Feature: A Discussion with the 2012 Sondheim Finalists by Cara Ober

New Urbanite A&C Feature: A Discussion with the 2012 Sondheim Finalists by Cara Ober 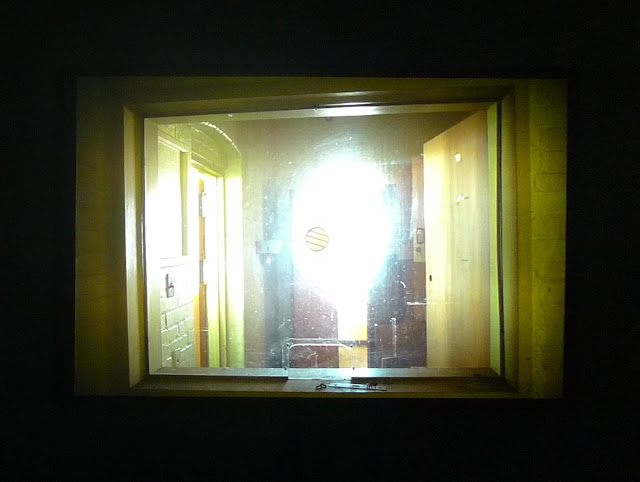 In Their Own Words: The six 2012 Sondheim Finalists discuss the pros, cons, and subtleties of the award. by Cara Ober

Artscape is fast approaching and, despite the allure of fine arts vendors, sweaty outdoor concerts, and fried food on a stick, the Sondheim Prize is still the most anticipated annual event for Baltimore’s art community. Instituted in 2006, the prize means much more than its recently upgraded cash value from $25,000 to $30,000. For artists in Baltimore and the surrounding areas, the Sondheim Prize is an annual opportunity for recognition and validation, a regularly cited reason for artists to stay in Baltimore, and a potentially high stakes game of chance.

Since 2006, hundreds of artists have applied on a yearly basis for the prize and the process is staggered for optimal inclusion and dramatic tension. In early spring, a group of approximately thirty semi-finalists are announced. Then, a month or so later, the group is winnowed down to just a handful. This year, Lisa Dillin, Jon Duff, Hasan Elahi, Matthew Janson, John McNeil, and Renee Stout were chosen as finalists by nationally known jurors Carlos Basualdo, Jane Hait, and Shinique Smith. As in past years, an exhibition of the finalists’ work is on display at the Baltimore Museum of Art. Besides being an interesting selection of locally produced, cutting edge contemporary art, this exhibition, along with an interview the day of the award, are the sole criteria for the selection of the winner.

For many finalists, the exhibit is their first in a museum setting and their first opportunity for exposure to a large public audience, with high expectations for critical acclaim. Like predicting the outcome of a horse race, each year I have enjoyed analyzing each finalist’s strengths and weaknesses, comparing and contrasting them, and making my own judgments about who deserves the prize most.

This year, I realized something new: While entertaining, it’s not particularly difficult to stand on the sidelines and criticize one’s peers, especially those selected through an opaque process for a coveted position. I was curious about what it’s like to be a Sondheim finalist, to gain a more intimate perspective on the award. What follows is a conversation with several of the 2012 Sondheim finalists, in which many of my preconceived notions were reinforced but also altered.

The conversation started with all the finalists praising the award and giving thanks for their selection. According to Renee Stout, whose work brings Fatima Mayfield, a fictitious herbalist and fortuneteller, to life in paintings, photographs, and sculptural assemblage, “I believe that every artist wants to feel that their work resonates with viewers when they take it out of the studio and put it out into the world. That’s what’s most important to me. So, the fact that I was selected as one of the six Sondheim finalists tells me that my work has done what I hoped it would do and that in itself is a very satisfying feeling.”

The youngest of the group, Jon Duff, just finished an MFA at Maryland Institute College of Art in May. His artwork blends painting, sculpture, and printmaking, relying heavily on thick, gooey paint applied in a seemingly accidental style to furniture. “I was really surprised that I was picked out of all the great artists who are among the semi-finalists,” he says.“I know that almost everybody I talk to in Baltimore knows what the award is, and that is a real self-esteem booster for an artist, whether you are a semi-finalist or a finalist.”

Lisa Dillin’s sculptures and prints use the cultural idea of the office as a starting point, and function as elegant parodies and fantasies. “On the long and difficult path of an artist, Sondheim is a tall drink of water that helps to sustain an artist’s practice,” says Lisa Dillin.

On the larger significance of the exhibit, the finalists were quick to cite public exposure, raising awareness for the visual arts in the region, and putting Baltimore on a national cultural map. Sculptor Matthew Janson suggested that there should be more awards for art and artists of all types. “I see this award as a testimony to Baltimore’s care for the arts,” he says. “It’s an award that demonstrates how this city understands the importance of art beyond our own personal experiences and enjoyment. It demonstrates that art counts when you consider the health of a city.”

Photographer John McNeil concurs. “Beyond my own interests, I think the Sondheim is a major opportunity for artists in the mid-Atlantic region, and even beyond that. When I moved to Baltimore I was amazed that this prize existed. It is an important symbol of how important art is to our culture, and how important Baltimore is as a city to that culture.”

Many of the finalists this year cited the “big money” prize as a large incentive, both on individual careers and in creating public attention for the award. In Baltimore, $30,000 goes a long way. Dillin admitted that if she won she would use the “significant funds” to fabricate new work in the future. McNeil described the prize as “an incredible financial opportunity,” and believes it, combined with the high profile exhibition, has the possibility to create many future opportunities to make and exhibit work. Regardless of the winner, this year each finalist was awarded $2,500 to help in shipping, framing, and installing their work in the BMA—it had never occurred to me before that this exhibit in itself could create financial hardship for struggling artists.

“It’s always hard for an artist when they have to make a choice between their work and other day to day necessities,” says Stout. “It would mean a lot to win an award such as this in these challenging economic times. An award this substantial means that you can make your work without compromising its integrity because you’re worried about bills or other expenses not related to the work.”

I found it healthy that they also admitted some anxiety, apprehension, and confusion toward the experience. “It was a really strange experience to have art handlers and other museum employees taking my work so seriously,” Duff says. “I was really surprised to find out that my work might be problematic in some ways for the museum.”

“It may be a simple case of be careful what you wish for,” says McNeil. “There is a lot of hard work and stress when installing a large and important show.”

Stout noted one crucial difference between the Sondheim and other large cash awards for artists. “Most grant processes are more anonymous, which makes it easier when you win or lose,” she explains. “You don’t have to come face to face with your competition at any point during the process, so you don’t see others’ disappointment and they don’t see yours. While I obviously want to win, I have met the other artists and have seen their works and know that we all want, deserve, and need this badly.”

Dillin also acknowledged the vulnerability of the finalists, especially on July 14, when the winner is announced in front of a packed auditorium at the museum. “The finalists’ award ceremony is sure to be a stressful night, and bittersweet for the majority of the finalists.”

The 2012 Sondheim Prize will be awarded on July 14 at 7 p.m. at the Baltimore Museum of Art. The exhibition of finalists is on view through July 29. For more images of the Sondheim finalists’ work, go to http://test.bmoreart.com/2012/06/sondheim-preview-photos-from-exhibit-of.html.

Unlike Basel, where you know the names of every single artist and gallery, at Maco there was so much space for discovery.