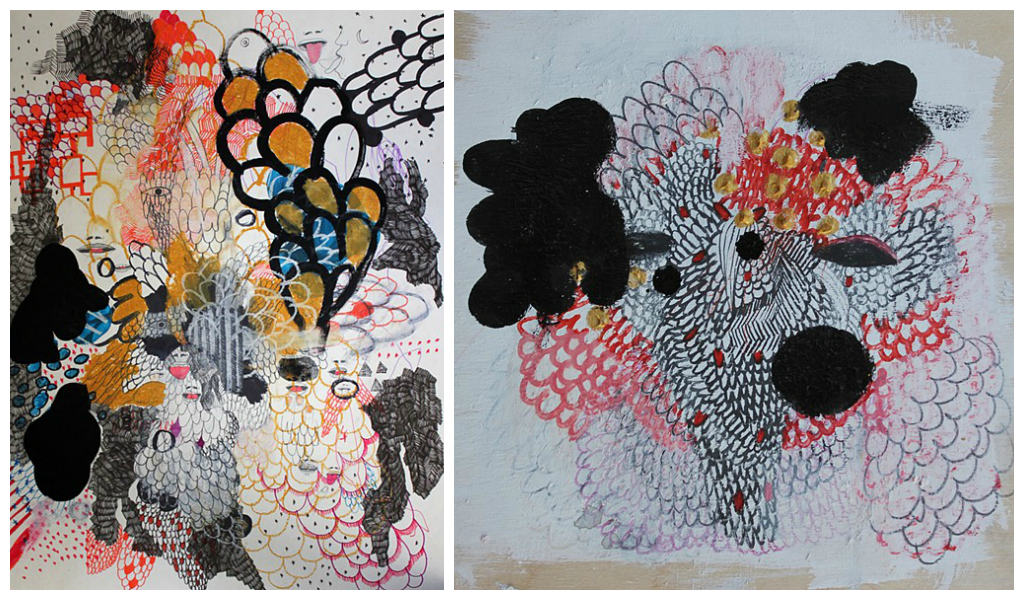 From Two to Three Year Cycles: Changes in the MSA [...] 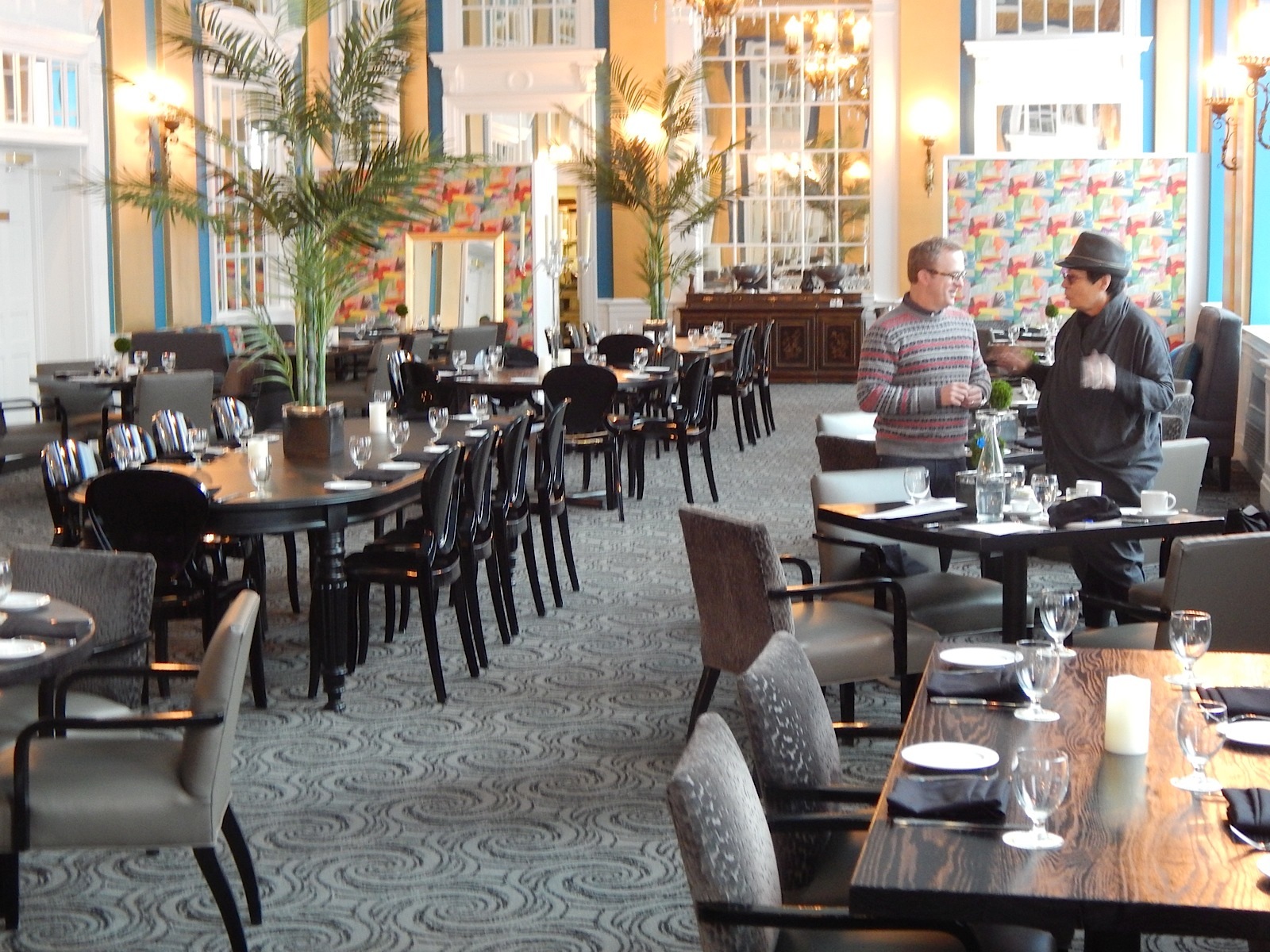 “A successful, renovated hotel in downtown Baltimore sends a powerful message into the world,” says Mera Rubell, an internationally known art collector and a partner in Rubell Hotels.

She’s not talking about just any Baltimore hotel. The Lord Baltimore was seen as a ‘crowning architectural jewel’ when it was built in 1928 in the center of downtown Baltimore. The French Renaissance structure is 23 stories tall, with 440 guest rooms and suites. It comes with 20,000 square feet of event space, multiple dining and entertaining areas, and a large rooftop event space. The hotel is on the National Register of Historic Places. The Rubell Family Hotels Company purchased the Lord Baltimore in March of 2013, and currently owns and operates a handful of other hotels, as well as the Rubell Family Collection, a contemporary art museum in Miami. The family-owned business has become known for transforming significant architectural properties into affordable, cultural centers. Under the direction of Scott Sanders, the former lead interior designer for Ralph Lauren, they have just completed a total renovation of the Lord Baltimore, formerly known as The Radisson. The official ribbon cutting ceremony with the Mayor and Downtown Partnership for the newly redesigned Lord Baltimore was held on Thursday, March 27, 2014.

“A hotel like the Lord Baltimore is a community treasure,” says Mera Rubell. “Not just architecturally or structurally, but through its own historical heritage. This hotel holds so many layers of Baltimore’s history through communal memories, from generations past to the present. A new building creates a new relationship a community, but a historic building like the Lord Baltimore possesses a social history and layers of memories.”

“When we gave her a tour of the Calvert Ballroom, Mayor Stephanie Rawlings-Blake said she remembered going to events in the ballroom as a teenager,” says Rubell. “The Lord Baltimore was the first integrated hotel in Baltimore and its ballroom became a place where generations of young, African-American girls hosted their Cotillion Balls. All over the world, when I mention the Lord Baltimore, there are personal connections to the space – people tell me they remember weddings, balls, and first dances there.” For those who experienced the Lord Baltimore as The Radisson and remember it’s mauve mediocrity, the transformation will be even more dramatic. Gone are the 1980’s maroon carpets. Gone are the dingy hotel rooms. In their place, the new Lord Baltimore is sleek and classic, with black leather chairs, dark wood, and burnished gold fixtures, including a massive Murano glass chandelier in the lobby looming below the original, ornate coffered ceiling. In addition to all the obvious changes, there’s another, more subtle one: contemporary works of art from the RFC hanging throughout the hotel reinforce a tone of cultural engagement. According to Rubell, much of the work hanging in the hotel will change from time to time. “We see the art programming as a work in progress,” she says. “Our schedule for renovating the hotel was short and furious and in time we can think more deeply about the various opportunities to present art in the hotel.”

Your first introduction to the quality of the art presented at the Lord Baltimore starts off the main lobby, in the LB Tavern. Here, you will find soothing lighting, a gleaming bar, a gas fireplace, and leather couches. Despite no actual books being present, the tavern’s artwork features a library theme through the large format color photographs of Candida Hofer. The German photographer is known throughout the world for technically perfect images of empty social spaces – typically, large architectural interiors shot from a high vantage point to create a spacious and dramatic effect, which analyze the psychology behind social architecture. The LB tavern’s series does not include her stunning image of Baltimore’s Peabody Library, but features a range of other world famous libraries in Hofer’s characteristically monumental style. Behind the piano, there’s a large, abstract painting by Herbert Hamak and, looking up to the mezzanine floor through wrought iron railings, there are several more Hamaks placed on accent walls. Although the German artist is better known for his architectural interventions, the series of Beeswax with pigment on fiberglass embedded on canvasses at the Lord Baltimore capture his investigation of pure color and flirt with optic sensations of three-dimensionality through deceptively simple means. As you head upstairs, all of the hotel’s hallways have been covered in brass colored linen-esque wall covering, with small, framed works of art punctuating the space. Closer inspection reveals a visual history of Baltimore: one features a grid of Billie Holliday images and another features Maryland crab cakes. The series was inspired by Google Images and includes fifteen unique prints in an edition of 1500. Officially, the artist behind them was the “Rubell Family Collection Design Team” and they are called, collectively, “Google Inspired Portraits of Famous Baltimore People and Places, 2013.” Although not as serious as some of the other pieces, these images are a succinct and humorous attempt to educate and connect Baltimore with hotel visitors. They come off as respectful, rather than gimmicky. Individual guest rooms at the LB are hung with two different commissioned series by painter Sabrina Baron, the sister of Mera Rubell. There are 2500 in all and the small, framed paintings look vaguely ‘color field meets Emil Nolde,’ with emotive flourishes in bold, primary color. In addition, each room features a print of a historic rendering of the Lord Baltimore Hotel from 1928 by an unknown artist. The stylized patrons and shoppers in the foreground hint at the hotel’s history and the commercial, pop style balances out the abex-ness of Baron’s work. Even more fun than the original works on the walls, art books and catalogues are prominently placed in each room, including some from the Rubell Family Collection and other contemporary art museums. They are a delightful surprise. In the Executive Lounge on the 17th Floor, there’s a giant pair of oil paintings by Karin Davie from the early 1990’s. Wow (diptych), 1992, from the Sidewalk Series is much tighter than the sloshing layered swirls of red and green that Davie is known for now. Like the best Op-Art paintings, their vertical stripes of yellow and green create the illusion of deep space between concentric tubes of color. Central ‘bulges’ throw off the system and create an effect that looks disconcertingly three-dimensional, as if the paintings are pregnant. If you are motivated to work out while staying at the LB, you will be rewarded by a Suzan Etkin multimedia piece in the Fitness Center. Although there is no contemporary art in the French Kitchen, the Lord Baltimore’s new fine dining establishment, the food is prepared with maximal attention to visual cues. A fried green onion appetizer appears on a plate emblazoned with a Romesco sauce ‘zip’- not unlike a Barnet Newman painting, and the beet salad is served in a sculptural arrangement of color and texture. The restaurant is a stunning space and stands out from the rest of the hotel’s subdued grays with tones of peacock blue and gold. A tuna tartar salad was a colorful mix of sushi grade sweetness and the locally sourced lamb chops, served with parsnips and carrots, were tender. Downstairs, the hotel has added a French bakery where fresh goods are prepared from scratch daily and a gift shop run by the same folks from AVAM’s Sideshow. Aside from a fun array of curious objects, the store will carry affordable works of art by Baltimore artists. Although I live here in Baltimore and do not need a hotel to visit, I will definitely recommend the Lord Baltimore to out of town guests who will enjoy experiencing Baltimore as a place with both old world grandeur and a new age vision.

Like much of Baltimore until quite recently, the original Lord Baltimore Hotel had seen better days and faced a steady decline. Following this analogy, it appears that Charm City is benefitting from the investments of local and external partners. If this hotel is a symbol for many of the best things this city has to offer, both from past and present, it is a hopeful one, now that it is repurposed through a creative vision and a significant investment.

When discussing her plans for the newly renovated hotel, Rubell quoted recent Pritzker Prize-winning architect Shigeru Ban, saying, “As long as people love a building, it becomes permanent.” Although Ban’s designs are about creating temporary shelter for victims of natural disasters, his emphasis on architecture as an agent of social change has been an inspiration for Rubell in the selection of the Lord Baltimore.

Regardless of a guest’s personal connection to this historic hotel, the environment where one lives, sleeps, and eats has a significant effect on perception. Baltimore City needs more creative visionaries, more investors, and more visitors. For those who want a beautiful, thoughtful, and inspiring place to stay – one equipped with fine dining, a tavern, in-house bakery, and multiple opportunities to experience contemporary art – the new Lord Baltimore Hotel is just the place.

* Author Cara Ober is the Founding Editor at Bmoreart

** Photos courtesy of Joan Cox and The Lord Baltimore Hotel 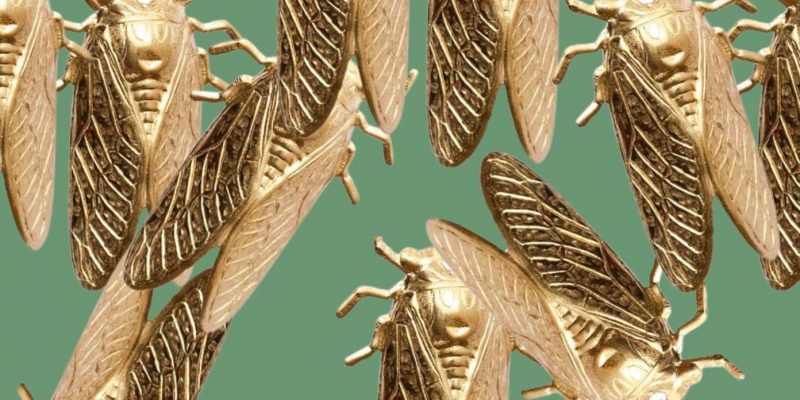