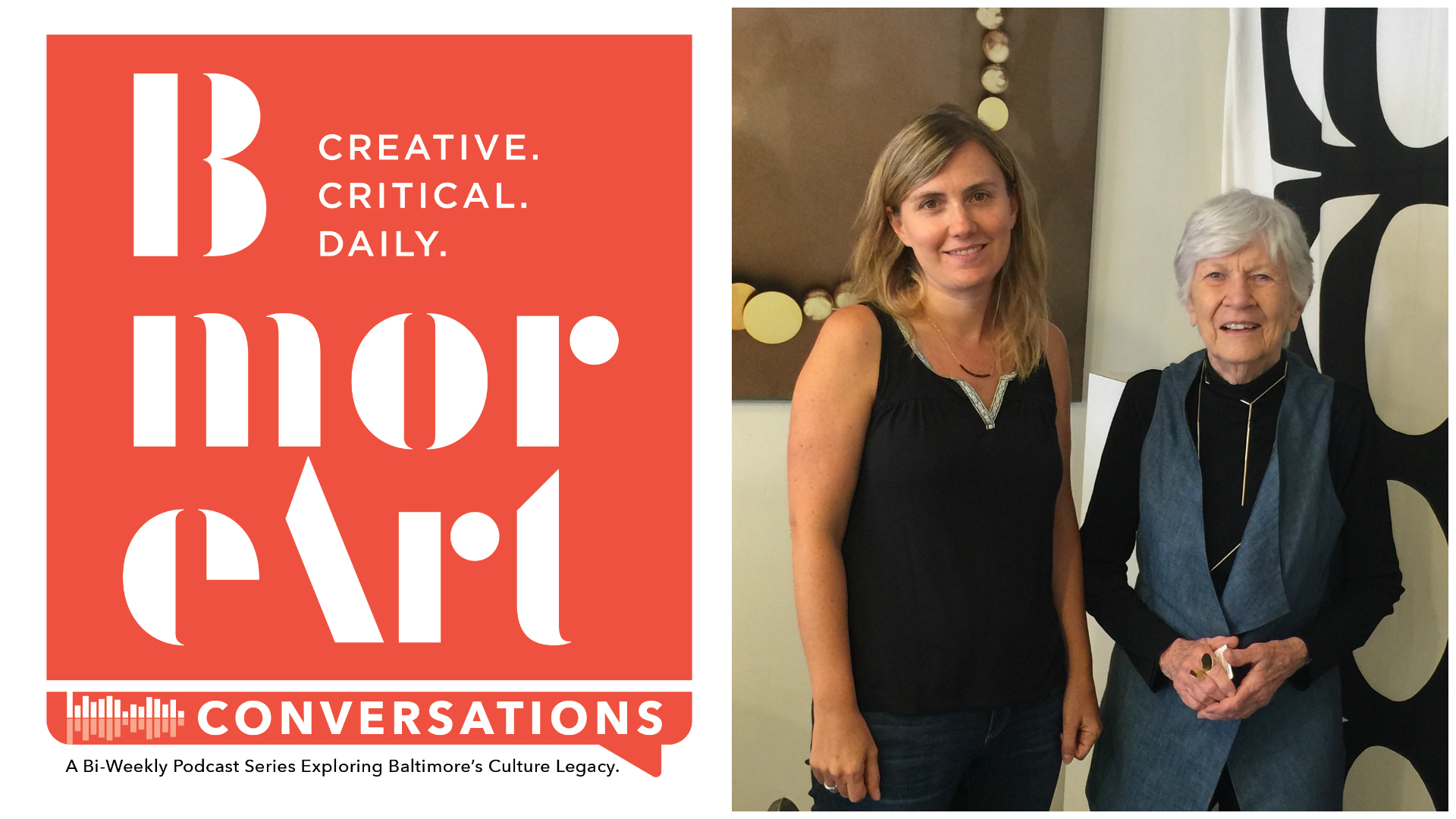 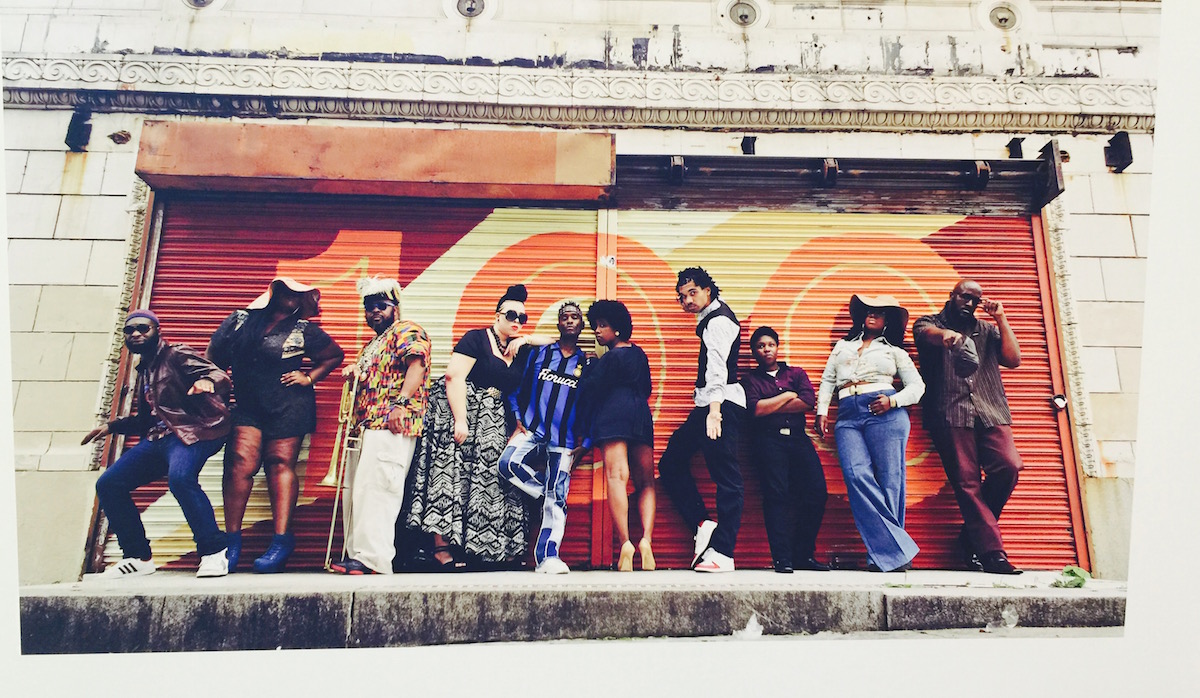 Not So Starving Artists: Katie Boyts at On the Hill Cafe in Bolton Hill

I have just six feet. There are six feet from the front door to the counter at On the Hill Cafe in Bolton Hill. As the door opens IN, it squashes the six feet into even more awkward proportions. Flanking me, as I approach the counter where you order, are small cafe tables and a drink cooler. Behind said counter hangs the enormous chalkboard menu. Three chalkboards, actually: 1. Coffee & Tea; 2. Lunch; 3. Breakfast. Each one is filled to the brim with intricate white lettering and cute illustrations of pigs and cows and chiles. Each one describes scores of sandwiches, burritos, and salads.

I have six feet to read the menu, six feet to make a choice about our meal, and then order. Meanwhile, in those six feet, with the door opening inward, we’re also negotiating the space with the other just-arriving guests, exiting guests, those trying to find a table, and the staff hustling around to deliver food. A mild case of claustrophobia starts kicking me in the teeth and I find myself wishing it was appropriate to do jumping jacks in public. For obvious purposes.

Arriving at the register, I place our order with a certain degree of panic. Did we make the right choice?! I didn’t have time to read 85% of the menu so there’s no way of knowing! The friendliness of the cashier (who I presume is an art student… Is that ok to presume?) seems forced and awkward. There is an anger, or maybe it’s an overwhelm, underneath the canned polite responses. If it is anger, it doesn’t feel personal, just a vague sense of panic targeted at no one in particular, and thus… everyone. There’s a moment where it seems like she and I may actually connect over this shared panic experience, but it’s fleeting. I leave the register unsure of whether or not you’re supposed to pick up our food or just sit down. So we awkwardly do a combination of both, sort of.

Maybe I was just confused because the exterior was so inviting – the well-cared for plants with blossoms in various shades of pink, the window cluttered with stickers and signs. It all seems to beckon and say “Come on in. I’m like home, but with more cookies.” It appeared the kind of idyllic cafe that a neighborhood like Bolton Hill should contain.

The whole scene made us wonder if perhaps we’ve stepped into what is actually some sort of site-specific, interactive, conceptual art project made by a group of MICA students. Designed to push the participant to the edge of his/her ability to deal with social awkwardness, the artists’ materials consist of the everyday objects that make up a cafe – an “Open” sign, a front door, angsty baristas, a pastry case, a cash register, Emeco chairs, a community bulletin board.

It’s all part of exploring a larger theme: convivality and food, anchored in absurdity. The layout is aimed at toying with the human being’s conformed expectations about the eating experience: Where does one stand and why are we attached to that system? How little space can one actually take up? Can we connect over the shared panic or do we all just flounder in our own awkwardness? Why is it inappropriate to do jumping jacks in public?

However, and this is a big bold HOWEVER, what On the Hill lacks in social smoothness, it makes up for in sandwiches. Thankfully, theirs are not accidental sandwiches thought of at the last minute and tacked onto the art project as some sort of requisite accessory. These are serious sandwiches that don’t require many dollars. But grab a stack of napkins because these sandwiches are definitely not the dainty kind.

At $9.50, I order the OTH Club: Roasted turkey, applewood bacon, avocado, greens, tomato, and chipotle mayo on toasted wheat bread, with a fried egg added. The OTH is a sandwich of impressive height. Bordering on physically difficult to consume, it is the kind where I’m not sure if my face can even go that wide, but in a good way. The stack of turkey is generous, the bacon is crisp, and the avocado is a delicious creamy contrasting addition. I added a fried egg, which was great in theory but unfortunately a bit overcooked. The bread was solid, not awe-inspiring necessarily, but it tasted fresh and hearty with a pleasingly chewy crust. The slices stood up for the task of holding the abundant fillings in place, which was not a small task.

The OTH Club is deemed “club”, likely due to its combination of turkey and bacon and toasted bread. But the earning of the designation seemed to stop there. Where was the center slice of bread?! Why wasn’t it cut into quarters?! We wanted the toothpick that held it all together!

For $8, we also ordered the Mosher, their version of the Cuban: Slow roasted cumin-crusted pulled pork, monterey jack cheese, balsamic onions, and cilantro mayo on a baguette panini.
The mosher was rich, bordering indulgent, and super flavorful. A sucker for cumin, the pork was clearly cooked in the spice with care, and that pork confidently snagged the spotlight as a juicy pulled pork should. The baguette was not the rustic, crusty, super chewy kind. It was perhaps best described as a hoagie roll, soft and chewy and soaking up the juices from the pork with ease, pressed into a panini shape to melt the cheese and brown the bread and bring the whole thing together. There are several Latin elements on the menu so it’s clear they’ve spent some time around these spices, and based on this sandwich they spend their time wisely. Given the tastiness of the Mosher, I’d love to try another Latin-influenced item next time.

As a side note, the drip coffee was decent, self-serve, with many options, but stop there for your caffeine intake. The espresso was simply no good and ordering it added to the awkwardness as the barista and I struggled to understand each other regarding the cappuccino I wanted and the cappuccino they offered.

With an oddly designed service model, the food itself was a point of massive redemption. A second point of redemption is that you can order online. Their site lists the full menu, which you can read calmly and then order from without panic. From there, it’s uncertain how the eating experience will go, but I’d very interested to find out. That said, if you’re in the mood to experience what may or may not be an art student social experiment, go to On the Hill around noon on a Wednesday. I’ll be outside doing jumping jacks, with a stack of napkins, making my friends do the ordering in that six foot space inside. I’ll have the Mosher, please.