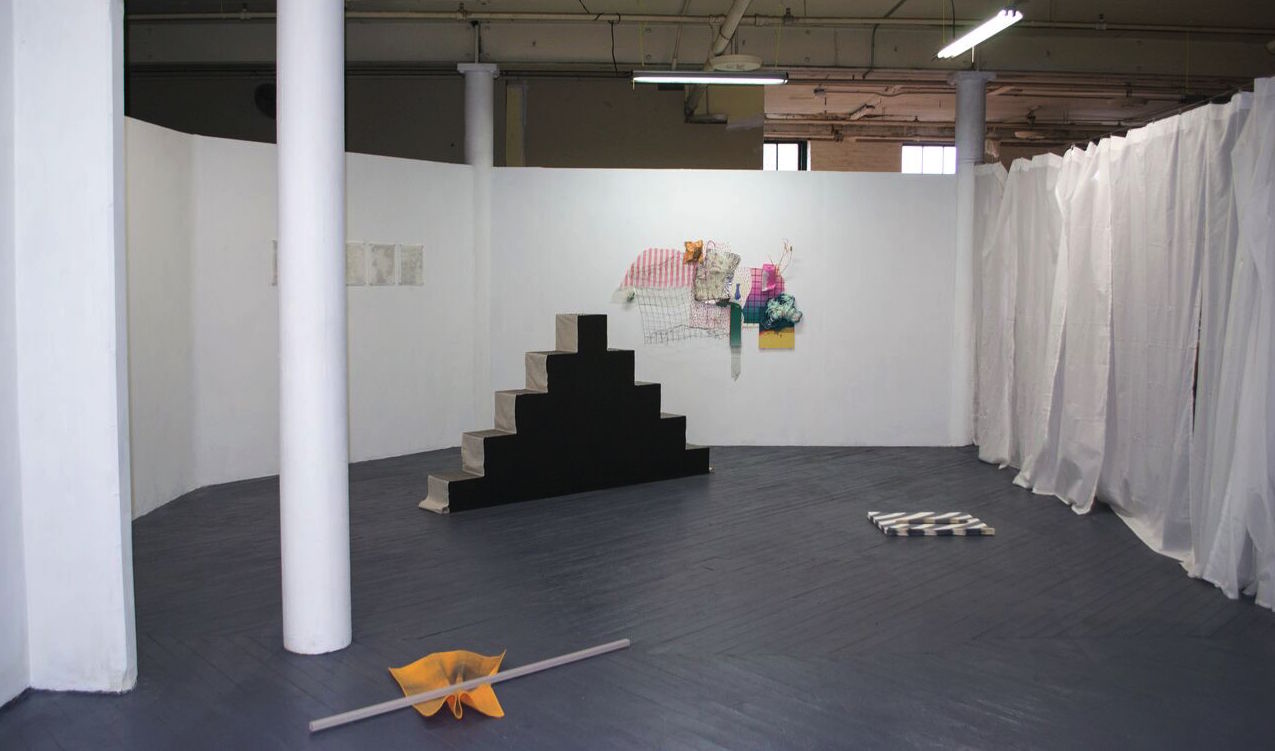 Sculpture in the Printed Field 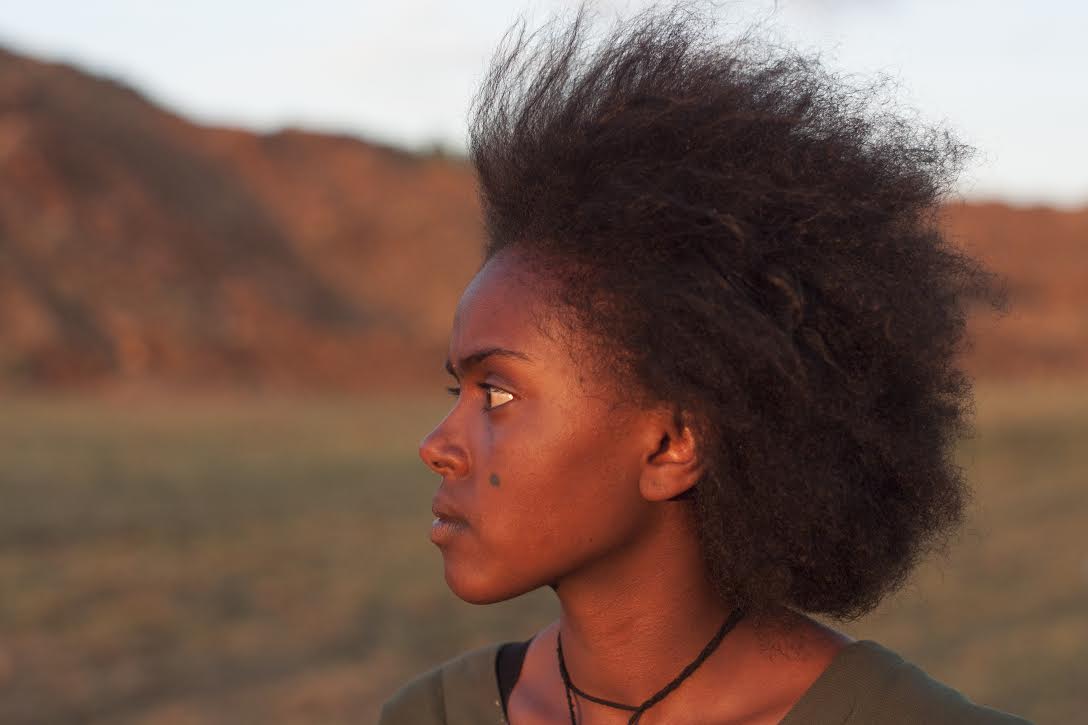 Complex Perspectives from the African Diaspora 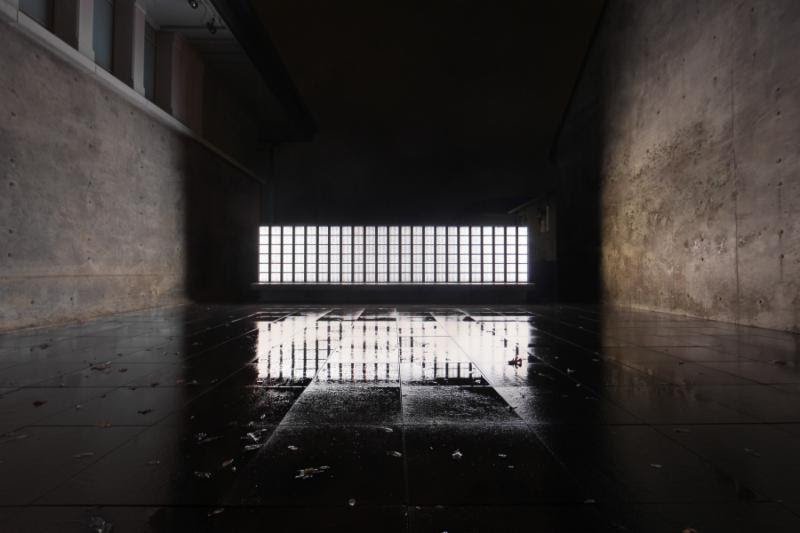 FREE program. All are invited. The Stamp Gallery presents Midpoint, an annual exhibition featuring work by artists in the second year of MFA candidacy in the Department of Art at the University of Maryland, College Park. Midpoint 2016 includes work by Zac Benson, C.W. Brooks, Kevin Hird, and Dominique Wohrer. The four artists have collectively curated the exhibition, selecting among their own recent work and producing new artworks in dialogue with the Stamp Gallery’s distinctive space. Midpoint 2016 is on view March 24 through May 4, 2016, with an opening reception Wednesday, March 23, 5–8 pm.

Zac Benson recently discovered the sincerity of immersing his personal faith and beliefs into his studio practice and has since started a new body of work. He primarily deals with reclaimed, manufactured materials and collaborates with the material’s history to explain the relationship between his personal faith and beliefs and his engagement with society. For Midpoint 2016, Benson is producing a new work—God is Greater—that deals with the 2014 demolition of the oldest Christian monastery in Iraq, Dair Mar Elia (Saint Elijah’s Monastery), by the terrorist group ISIL. Learn more about Benson’s work: zacbenson.com

C.W. Brooks is a Chicago-born artist who focuses on material manipulation. Often engaging place, location, placement, reading, or identities they work to create space within materials through subtle manipulation. Humor is a strong but secondary element which allows entry to their network of ideas. Learn more about Brooks’s work: www.brooks202.com

Kevin Hird presents a series of investigations into the results obtainable through an expected interaction being repeated to unreasonable lengths on a common construction material. These pieces developed from a larger idea of finding something remarkable about or within the commonplace, and the principal concepts being explored within these works are the identity of objects, the search for the unexpected, the relationship between the natural and manmade, work, and the artist’s personal history. Learn more about Hird’s work: kevinhird.tumblr.com

Dominique Wohrer makes work inspired by the fractures of her life. Embedded in her creations, the multiple scars heal slowly. The mixture of paper, pigments and adhesives hardens as it cures. In the drying phase, the forms—slaves of time—are distorted by gravity. Ultimately Wohrer works to leverage the arbitrary. Learn more about Wohrer’s work: dominiquewohrer.com The Top of the World Observation Level Gallery presents “When Worlds Collide,” a multi-media exhibition that aims to increase public consciousness of the plight of migrating songbirds. The exhibition is curated by Lynne Parks and features the work of artists Rose Anderson, Bonnie Crawford Kotula, Lynne Parks, Elisabeth Pellathy, Nicole Shiflet and Chris Siron. The exhibition is on view from Thursday, March 24, 2016 through Sunday, June 12, 2016 with a free opening reception on Thursday, March 24, 2016 from 5:30-7:30pm.  Guests must arrive by 7pm to be guaranteed entry. Light refreshments will be served.

In “When Worlds Collide,” six artists aim to increase public consciousness of the plight of migrating songbirds, and encourage everyone to support all of the birds here in ‘Bird Town’. The exhibit explores the inadvertent costs of the way humans build and light their cities and homes, some at the expense of migrating birds.  Birds migrate to breeding grounds and food sources each spring and fall, navigating at night to avoid predators and the heat of the day, relying upon the stars and the moon to chart their course. Ever-increasing light pollution is confusing their paths, with bright light drawing them into urban environments.  Glass is invisible to birds, and can be seen as a clear pathway through a building, with reflections often appearing as real landscapes. One billion birds die annually from building collisions within United States alone.  So what can we do?  Simply turning off nonessential lighting during periods of bird migration will greatly reduce fatalities… while saving energy.

Announcing the 2016 PCB Production Show – Baltimore Made, More Made in Baltimore! We’re all extremely proud of our Baltimore heritage. Take a moment to look back, there’s a rich history here in real things, in our culture (crabs, Bohs, O’s), historically significant, (Fort McHenry, our National Anthem), advancements directly related to the Printing & Manufacturing Industry.

Baltimore is a city that makes things. We produce. We’re a blue-collar town that loves to make and enjoy the fruits of our labors. PCB is proud to have its roots in Baltimore.

Linotype was invented in Baltimore and we have a vocational school named after it’s founder. Globe posters were printed in Baltimore, promoting the hottest events across the country.

Discover new vendors to help your creative ideas flourish. Enjoy some locally made food and drinks while you make new connections and expand your network. Find inspiration for your next great creative project. Share your love of creativity in your hometown. Embrace the charm that makes us Charm City. Light has been a subject of interest for generations of artists, however only in the last century has light itself become a material for art. With the technological advancements of the 20th and 21st centuries, light became notable for its ability to transform space and alter perception. This spring, five international artists who use light as a primary medium are featured at C. Grimaldis Gallery: Chul Hyun Ahn, François Morellet, Erwin Redl, Annette Sauermann, and Jan Van Munster. What happens when repetition is flawed with variation, and the body gives into exhaustion? FLOWERAXE explores just that. Created by Noelle Tolbert and Alexander D’Agostino and featuring dancers: Peter Redgrave,Maggie Schneider, Gianna Rodriguez, Sarah Smith, and Nyilah Covington. The launch of Bromo After Five takes place Friday, March 25, from 5 to 8pm at the Bromo Seltzer Tower. The free event includes happy hour, live music from Harmonic Blue, open artist studios and a sneak preview and artist talk on Nick Metzler’s installation for the Light City Baltimore festival (March 28-April 3) – a video art piece that will be illuminating the landmark clock tower. For updates and upcoming events, visit www.bromodistrict.org/afterfive. The Bromo Seltzer Arts Tower is managed by the Baltimore Office of Promotion & The Arts and is located at 21 S. Eutaw Street. My time is yours…
Very good, proceed…
Yes, I understand…
Yes, fine…
Yes… yes, I understand…
Yes, fine…
Excellent…
Yes…
Could you be more… specific?
You are a true believer. Blessings of the state, blessings of the masses. Thou art a subject of the divine. Created in the image of man, by the masses, for the masses.
Let us be thankful we have an occupation to fill. Work hard; increase production, prevent accidents, and be happy.
[or] Let us be thankful we have commerce. Buy more. Buy more now. Buy more and be happy.

Springsteen is excited to present Machine in the Garden, a two person exhibition featuring Bea Fremderman and Andrew Laumann. Join us for the opening reception Saturday, March 26, from 7-10pm. The exhibition will be on view through April 23, 2016. #CreativityandConsciousSippin‘ and #Nufire Publishing presents Conscious Language!!! A night where Baltimore poets meets Philly poets. With a mixture of poetry and visual art, your mind will be filled with art from 2 states!!!!! Back by popular demand, we have body painting in the house again! Skin, paint, and poems !!! What more could you ask for?

Come thru and check out #thursdaynightrealness ‘s side piece !!

Food and libations will be available for purchase. Vendors will be in building as well. Admission is $10 at the door. Doors open at 7:30 pm. Show starts at 8:30 pm. 18 and over “This exhibition explores the aggression and sexuality ingrained in modern vernacular and inherent within American culture. We are repeatedly confronted by double entendres, and have become increasingly reliant on context and source in order to absorb true meaning. This content, often fraught with messages of fear, submission, superiority or surrender, hold various truths depending on their intention and ultimately fall on the perceptions — or lack thereof — of the audience.” — Press release Dirty Words, VICTORI+MO CONTEMPORARY

Dirtier Words — Baltimore  is emblematic of a wild and adventurous strain associated with the taboo of common parlance. The re-exhibition embodies the attempt to marry theory, politics, sexuality, pleasure, experimentation, and humor. The works debunk all humanist mythology about the grandeur of proper etiquette. The relational examination of text and non-text based vulgarity in Art History and Pop Cultureis the central focus of the collection of works.  Linguistically speaking, the eccentric, dialectical style reinforces an ironic sensibility, combined with inquiry that is provocative, humorous, and intellectually exhilarating…just like common profanity. FUCK. Portraits in Song features the live performance of eleven original songs inspired by the stories of powerful women in history. The musical performance is accompanied by large scale projections of commissioned portraits by the artist Liz Downing.

From ellen “These stories guide us, inform us, educate and embolden all people. An incredible ripple effect will occur when women all over the world are allowed to flourish, and their work given its proper value. We can help to turn women’s ambitions and aspirations into actions that will affect incredible positive environmental and social change.” Big Hope for Baltimore is a conference that gathers those key veteran players who have successfully and lovingly brought light and dignity to cities struggling to defeat common elements of darkness. Medellin, Colombia went from urban, cartel dominated, hell-hole with an annual murder rate averaging 3,600 to win “International City of the Year” with a current per population murder rate that is now less than one half of Baltimore’s.

This public conference explores the good news of “why” behind such dramatic turnarounds, and features researchers and speaker activists with hands-on transformative experience of creatively bringing light to cities and people most in need. In addition, our exploration of what constitutes ideal community policing will feature a salute to former California Trooper Kevin Briggs, who talked upwards of 200 would-be suicide jumpers off The Golden Gate Bridge. Our Big Hope for Baltimore is offered in compliment to the spirit of The Big Hope Show, our American Visionary Art Museum’s 20th anniversary exhibition. Bring your HOPE and your JOY that positive change can and does happen! Mount Royal School of Art invites you to join us for a lecture given by our Visiting Artist, Omer Fast. This lecture is free and open to the public.

Through repetition and reenactment, multiple takes of given scenes build shades of interpretation as a story is told, retold, and mythologized. Stories of origin, trauma, and desire mutate into one another, forming blended genres that confound expectations and disrupt narrative conventions. Projected into space or unfolding simultaneously on multiple screens, the work resonates with characters—whether a drone pilot, worker in the adult film industry, or a wife talking to her husband—who seem to express the elemental complications and disparities of their own identities. Premiering in 2016, Light City Baltimore is the first large-scale, international light festival in the United States, homegrown right here in Baltimore. Light City will provide a backdrop for the celebration of ideas, ingenuity and creativity through art, music and innovation.

Light City will shine a light on Baltimore’s abundance of creative, cutting-edge, multi-disciplinary talent, and we welcome participants from across the globe to join us.

Light City’s innovation programming will generate an ecosystem of ideas and learning during the day – while lights, performances and live music reimagine the Inner Harbor at night. 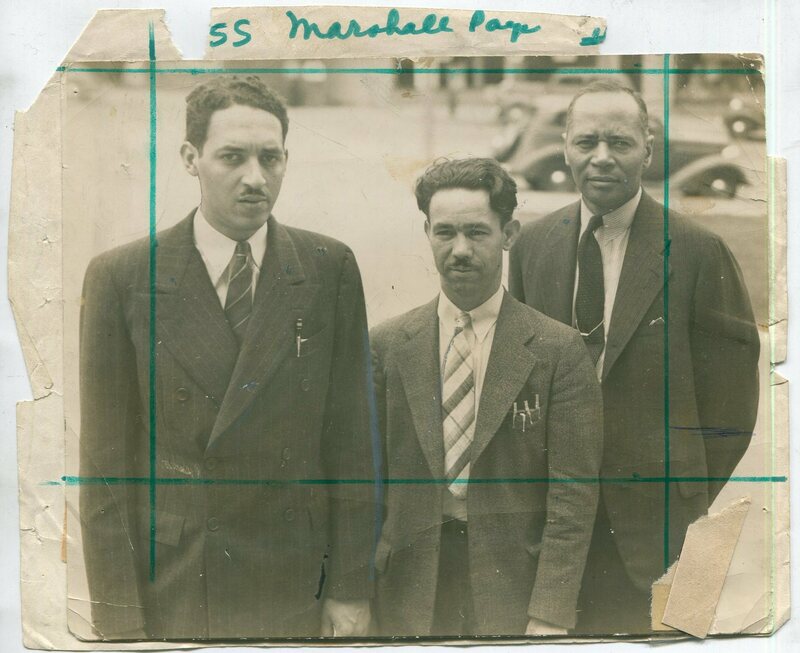