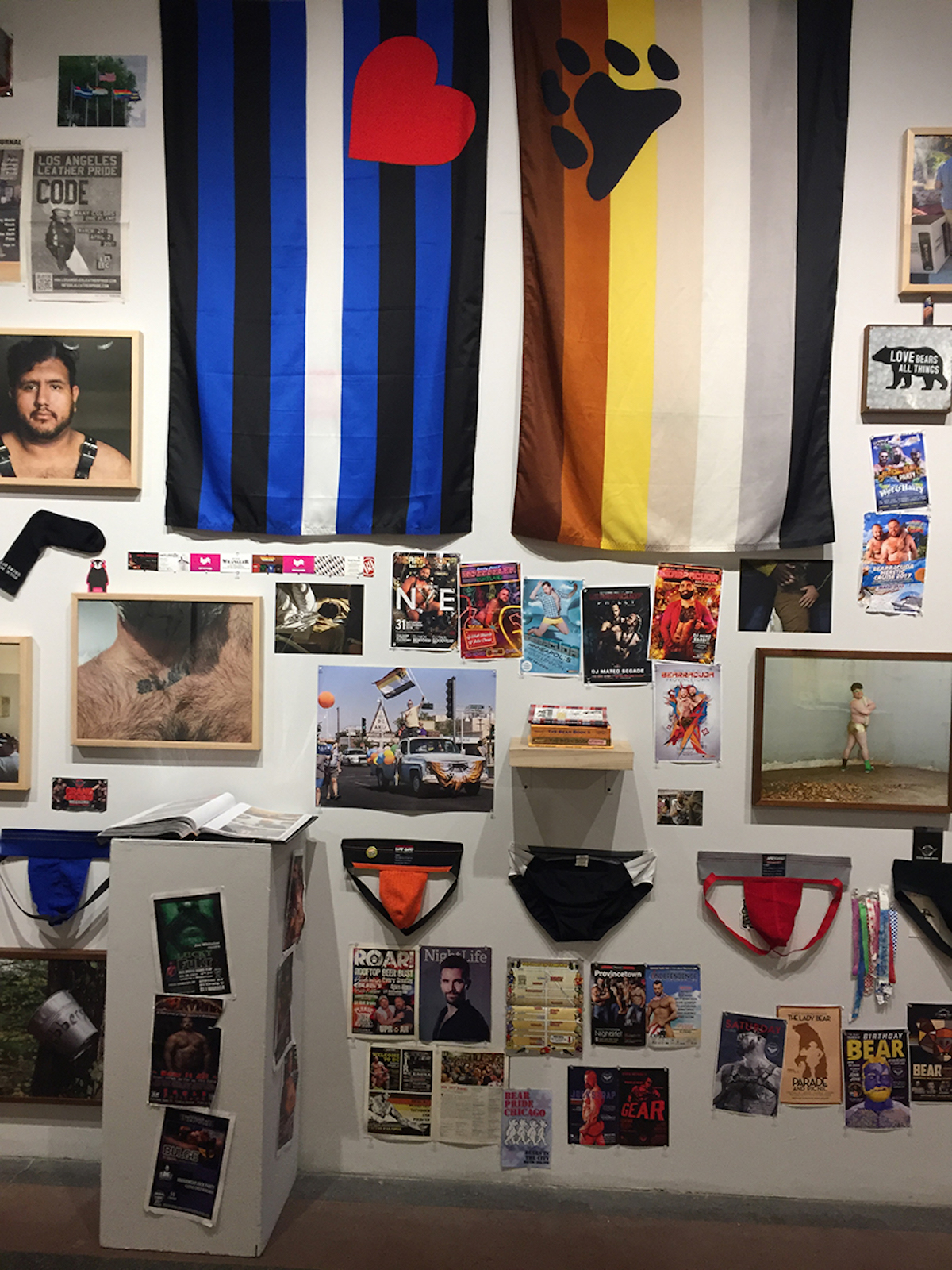 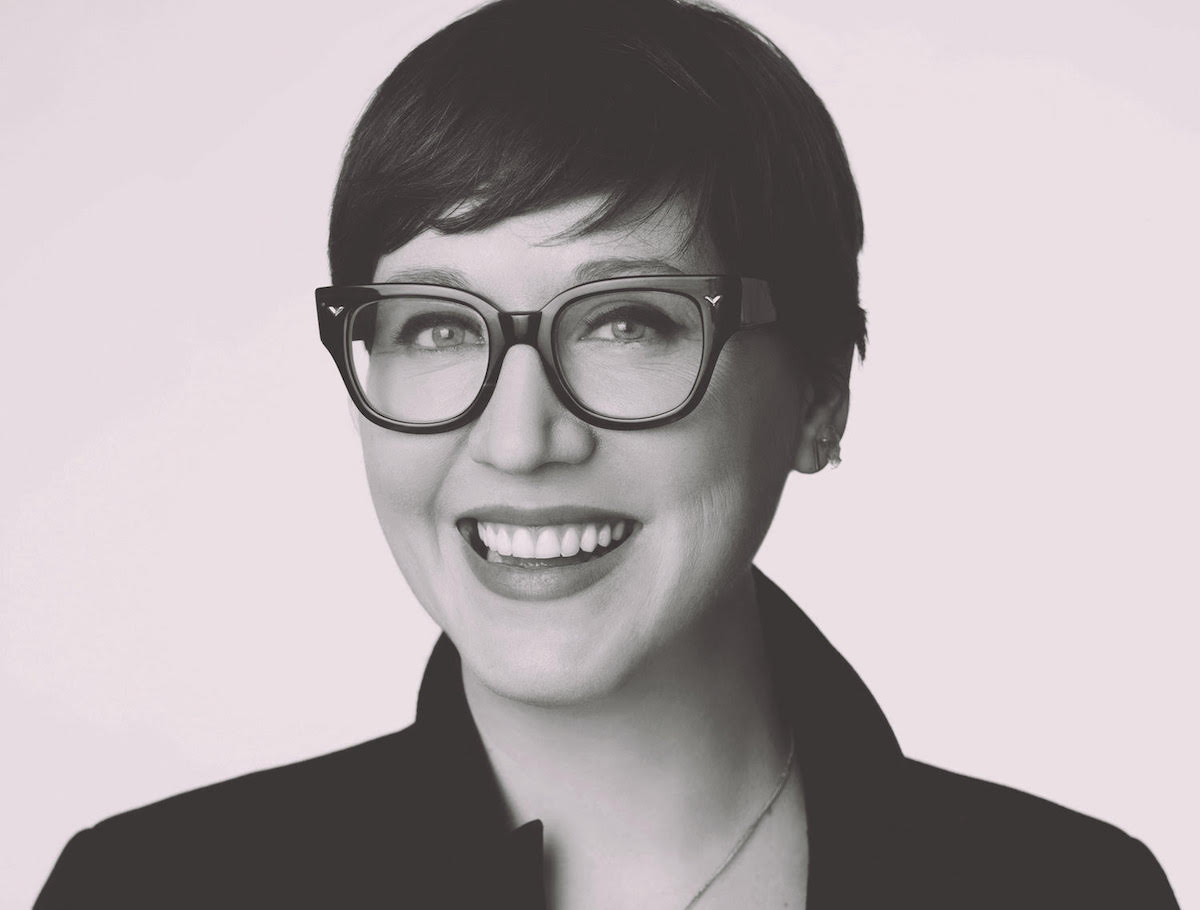 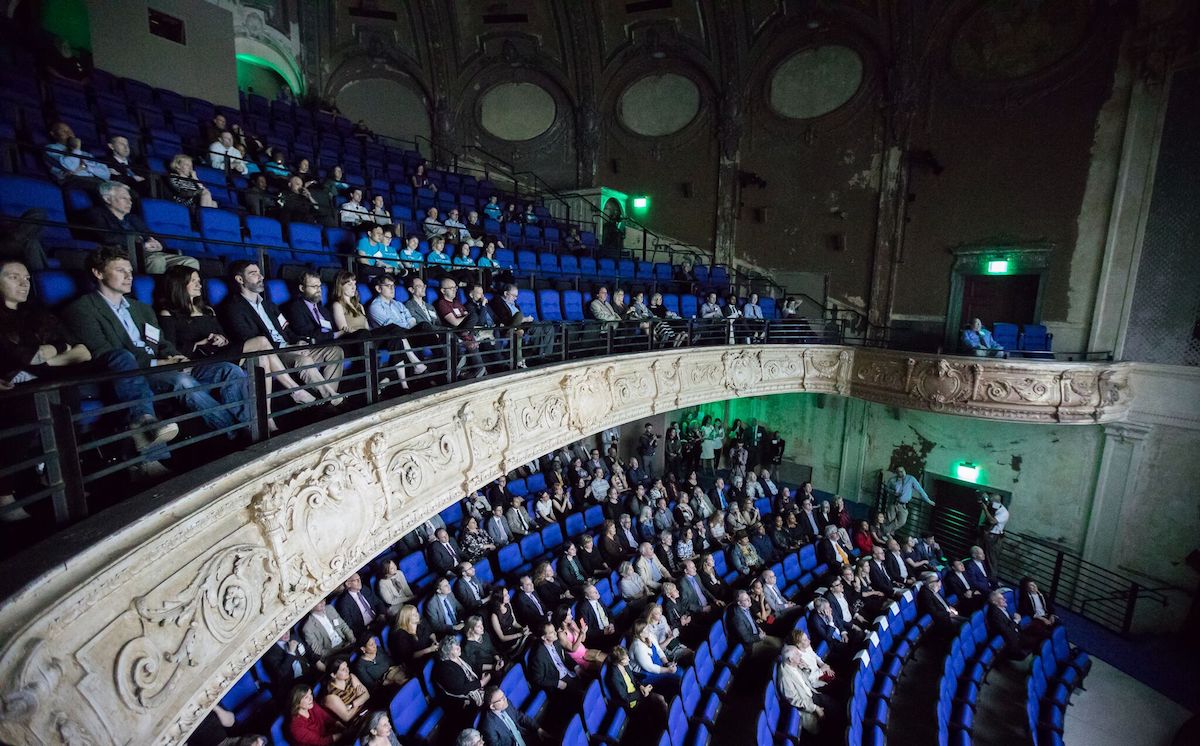 The Maryland Film Festival, founded in 1999 by Festival Director Jed Dietz, has blessed Baltimore with cinematic treasures for going on almost 20 years, bringing films and filmmakers from around the world to Charm City every May, enriching our local scene with culture and entertainment, both.

Now, in 2017, this wonderful organization brings us yet one more jewel, the renovated Parkway Theater – on the corner of Charles Street and North Avenue – which will not only serve as the new headquarters, with three screening venues within, but will also become a year-round hub of curated events, from movie revivals to screenings of ultra-independent films and other esoteric fare that might otherwise not find a home, elsewhere, and more. As much as the upcoming festival promises many alluring options, what will follow seems almost more exciting. 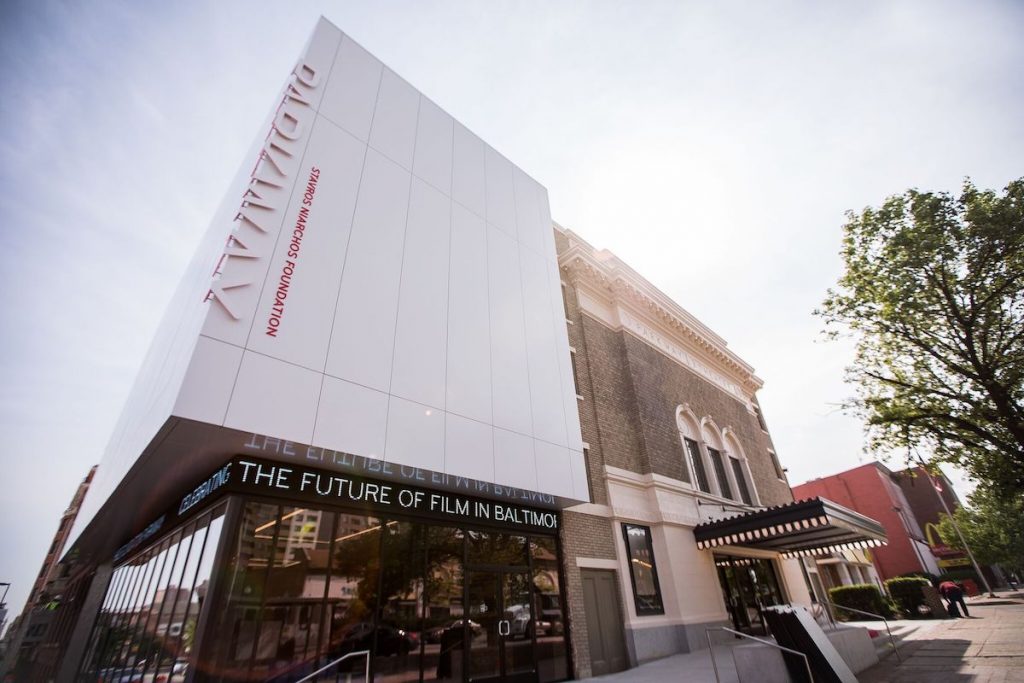 “It makes a huge difference for us to have a home venue that’s already equipped with first-rate presentation equipment; equipping spaces from scratch is costly and extremely work-intensive for our presentation team,” said Director of Programming Eric Allen Hatch. “As far as the festival experience goes, it creates a real feeling of community to have everyone within a few blocks, congregating between films for food, coffee, and libations–and importantly, makes it easy for the hardcore cinephiles out there who want to catch 4 or 5 movies in a day to bounce between screens.”

And once the festival is done? “We’re going to extend our festival programming mission to three year-round screens! On a typical day at any given moment, you’re likely to find two screens running emerging films of the kind we champion within the festival, and another screen running repertory titles. As a non-profit, much as we hope to sell lots of tickets, we have a greater ability than other theaters in town to program individual films and series primarily for their cultural value, so with our repertory titles we can dig deep and draw from the entire history of film.”

Still, let’s not get ahead of ourselves. Here’s what to expect from Wednesday, May 3, through Sunday, May 7, of this year. As usual, there will be many diverse programs of short films – 11 in total – beginning with the collection of five movies that have by now become the traditional opening-night screening block. Hosted by festival alumnae Josephine Decker (Butter on the Latch) and Kris Swanberg (Unexpected), the evening will offer veterans and newbies alike a chance to check out the new Parkway digs. It starts at 8pm, and features the following:

The other 10 blocks of shorts, which usually repeat at least once throughout the five days, are grouped as follows:

And then there are the 34 feature films, mostly recent, and a few premieres (national and international). What follows is a complete list, with occasional annotations to indicate the premiere status or other special considerations. My recommendations have an asterisk before them (with explanations later in this article), though depending on one’s taste, any of these should make for interesting viewing, especially they almost all have someone connected to the film in attendance:

When I asked Hatch to comment on this year’s selections, and to highlight any special themes or Baltimore connections, here is what he wrote (edited for brevity): “We have two feature world premieres: Josh Crocket’s Dr. Brinks & Dr. Brinks, a dark comedy about siblings navigating surprises in their parents’ estate after their untimely death; and Stephen Cone’s Princess Cyd, a beautiful and thoughtful Chicago-set GLBTQ coming-of-age story. We also have two feature U.S. premieres, both acclaimed Canadian films: Hugh Gibson’s The Stairs, a documentary about an addiction-treatment program in Toronto that heavily involves people who have been, or even are still, themselves battling addiction; and Werewolf, Ashley McKenzie’s haunting and evocatively shot narrative about a couple struggling with homelessness, addiction, and co-dependency on a small Canadian island (the filmmaker’s hometown).”

“As far as themes, we don’t seek them out, but they often present themselves as the lineup comes together,” said Hatch. “This year I’m particularly struck by how many Baltimore-connected films we have that are making an international mark, some of whose Baltimore connections are obvious and others more subtle. Theo Anthony’s Rat Film and Albert Birney/Kentucker Audley’s Sylvio are both entirely made-in-Baltimore features; Motherland, while set in the The Philippines, is by Baltimorean Ramona S. Diaz; Kékszakállú, an Argentine film, was co-produced and co-written by Baltimorean Matt Porterfield (who will present it); Stanley Nelson’s documentary about HBCUs, Tell Them We Are Rising, explores several local institutions; and Finding Joseph I (The HR From Bad Brains documentary by James Lathos) touches down in Baltimore, with many of the interviews with HR shot in Baltimore while he was living here.”

Hatch continued, “This list goes on: The Strange Ones is co-directed by former Baltimorean Lauren Wolkstein, and the aforementioned Josh Crockett of Dr. Brinks & Dr. Brinks grew up here as well. I’d also be remiss not to point out our many local shorts, particularly in our Diverging Forms program of experimental, avant-garde, and otherwise genre-defying work.” 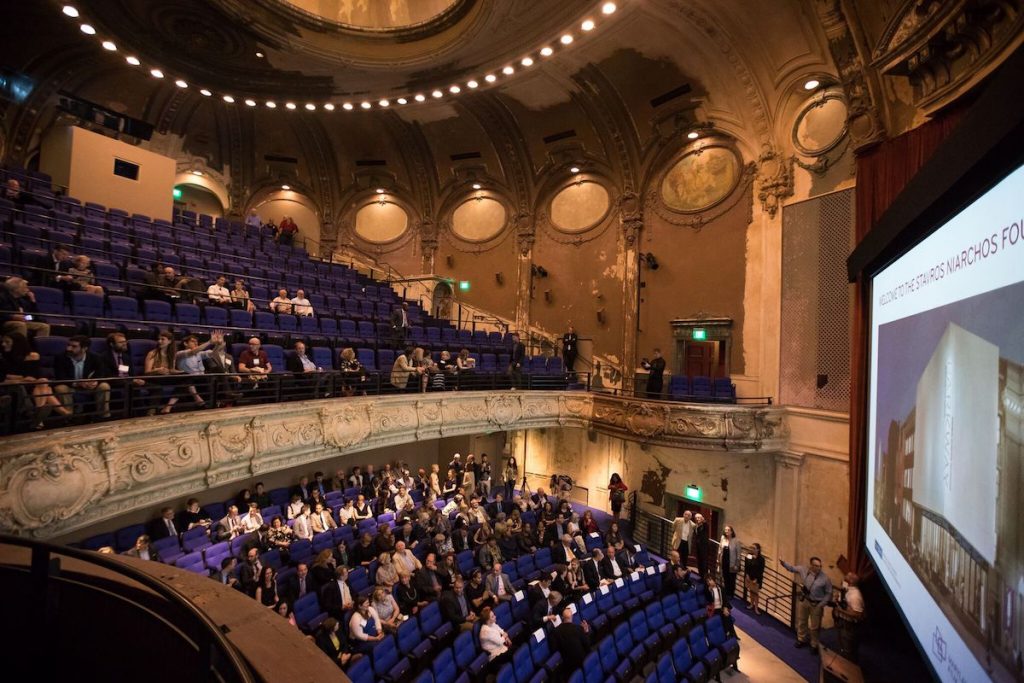 Associate Festival Director Scott Braid has this to say about The Hero: “What we search for in our Closing Night film is a bit fluid. It’s never one kind of film. We move between documentary and narrative, drama and comedy, the arthouse and the academy. What we look for is a feeling, a connection with the material. We had the opportunity to see the premiere of The Hero at this year’s Sundance. It was immediately clear that this powerful story, with its incredible lead performance by film icon Sam Elliott, was a strong candidate for our closing night. The outstanding supporting cast including Nick Offerman, Laura Prepon, Krysten Ritter and Katherine Ross, didn’t hurt either. The Hero has a certain kind of honesty, and humor to it that is rare in film and we wanted to honor that with our Closing Night slot.”

As for my own choices, as a film critic I have had a chance to see some of them earlier in the year when they played at festivals like Sundance or SXSW. As always, I am a particular fan of the documentary selections, with The Blood Is At the Doorstep (about the 2014 police shooting of Dontre Hamilton, in Milwaukee) and the aforementioned Maineland, Rat Film and Tell Them We Are Rising at the top of that list. The only narrative (a.k.a., fiction) I have so far seen (though I have screeners at home screaming to be watched before the start of the festival) is (the also aforementioned) The Strange Ones, which tells a haunting tale of loss and redemption, and which won a well-deserved Special Jury Recognition for Best Breakthrough Performance at SXSW. 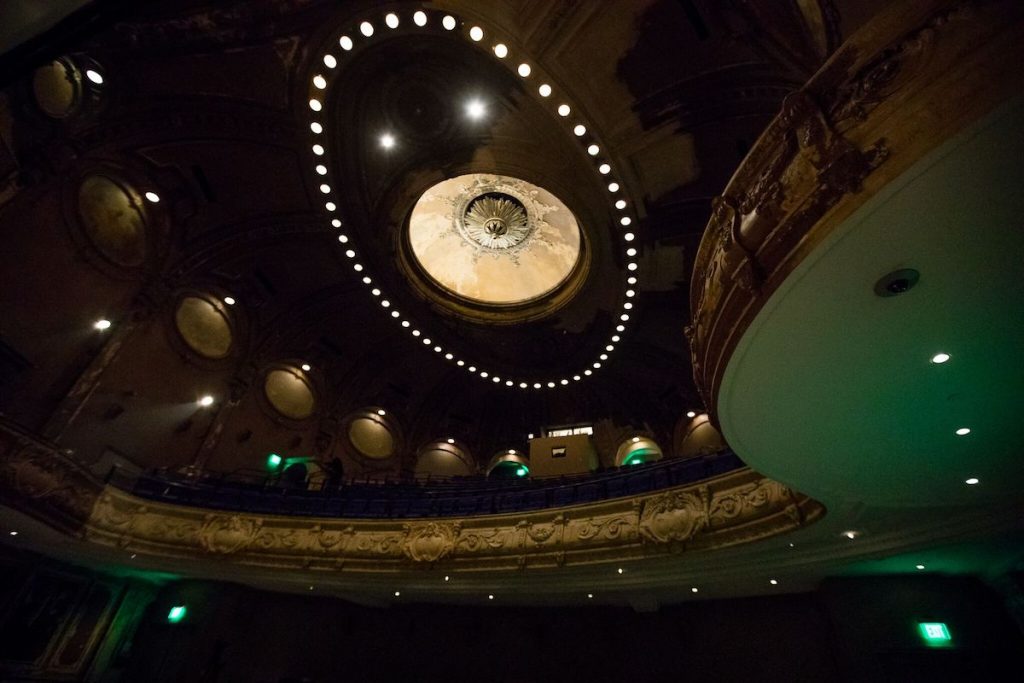 My colleagues at the website Hammer to Nail (where I am lead film critic) have watched the narratives Lemon (a meditation on race and gender starring Michael Cera and Nia Long), Person to Person (a dreamy murder mystery, also with Michael Cera) and the aforementioned Sylvio (based on a popular series of short videos from the “Simply Sylvio” Vine account), and praised them, so I am eager to check them out, myself. Golden Exits (an angst-driven comedy starring Emily Browning, Mary-Louise Parker and Jason Schwartzman) is from frequent festival alumnus Alex Ross Perry, and is sure to please those who have liked his previous work.

Every year, the festival allows two local artists to present favorite films of theirs. One of those artists is perennial favorite director John Waters, and this year his choice is the quasi-snuff film Roar, which stars Tippi Hedren and her daughter Melanie Griffith, and which almost cost the lives of many of those involved in its filming; contrary to the usual concerns, no animals were ever in as much danger as the humans.

An act of cinematic insanity, the film is the pet project of Hedren’s then-husband Noel Marshall, and features hordes of large cats (lions, tigers, and sundry others) chasing the stars … and frequently biting them. Who needs drugs when there is Roar to watch?

The other guest artist is actually a group, the local pop band Beach House, and their choice is esteemed French filmmaker Agnès Varda’s magnificent Vagabond, starring Sandrine Bonnaire (Under the Sun of Satan), which is a narratively innovative exploration of the events that have led to a young homeless woman’s death. Though both of these films have long been available on home video, seeing them live, with an audience and an interesting host, adds an extra allure. 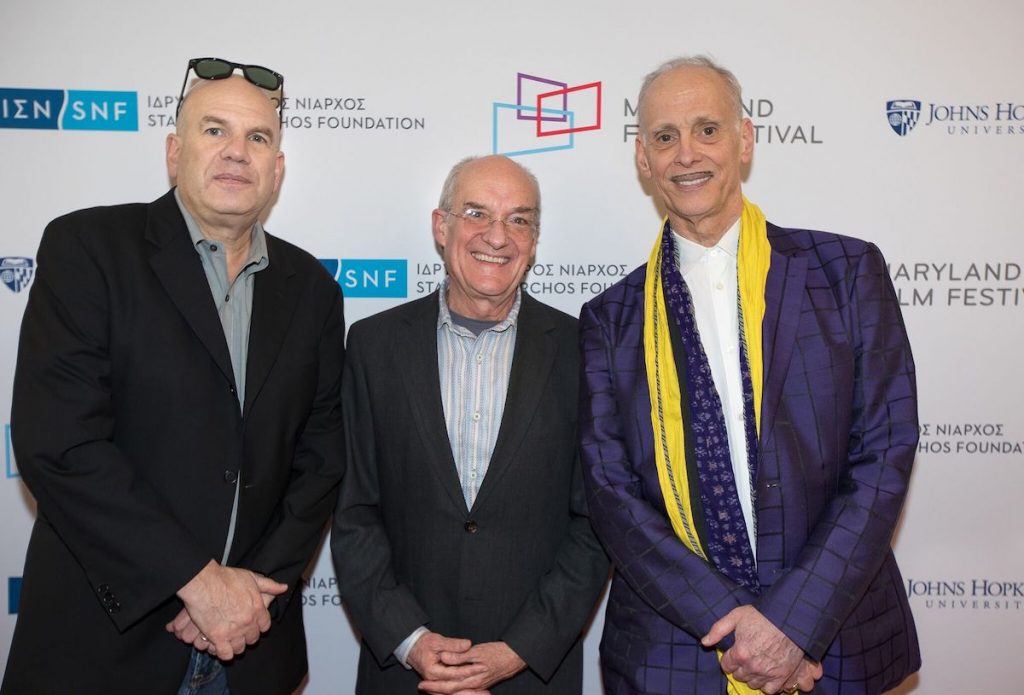 David Simon, Jed Dietz, and John Waters at the grand opening of The Parkway

Additional events include panels – on a variety of topics – and showcases of local student films (Saturday and Sunday afternoons, at the Ynot Lot, which is also where the festival box office is located). Programming Consultant Margaret Rorison writes, “On Thursday, May 4, we will hold the annual Filmmakers Taking Charge Conference at the Lord Baltimore Hotel. This event, which is open to all MdFF 2017 filmmakers, will be co-hosted by Josephine Decker and Kris Swanberg. Each year, we host this unique conference to provide a space for filmmakers and industry professionals to hold intimate discussions about film funding and distribution. It is an informal gathering that allows attendees to share their personal experiences and thoughts.

I am also really excited about the panel discussions which will take place Friday, May 5 – Sunday, May 7 at Red Emma’s Bookstore & Cafe. The panels are free and open to the public. Some of the panels include a discussion that will focus on Black Colleges & Universities and will include filmmakers Malaika Clements (a Morgan State alum) and Stanley Nelson (Tell Them We Are Rising) and another panel, with local artists Alan Resnick and Marnie Ellen Hertzler that will explore the moving image beyond the cinema. In addition, from Thursday – Saturday night there will be events at The Windup Space (free for anyone with an all-access badge).” Finally, anyone who is an official ‘Friend of the Festival‘ can get into any film on Friday, May 5, for free before 6pm.

Visit the festival website for information on schedules and tickets. This year, unlike the last few, the entire event should be walkable for most attendees, as the map of venues (with parking areas highlighted) reveals. It should be another great showcase of amazing films, and I look forward to seeing you there!

Photos by Chelsea Clough for Abel Communications courtesy of the MD Film Festival.