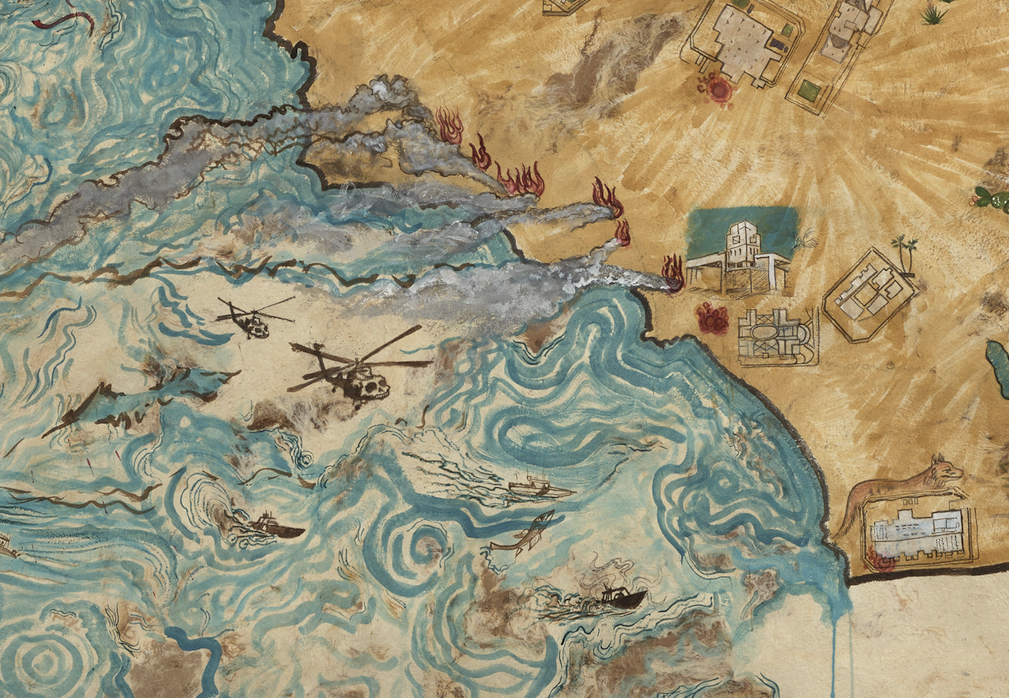 We Will Live Through This Also 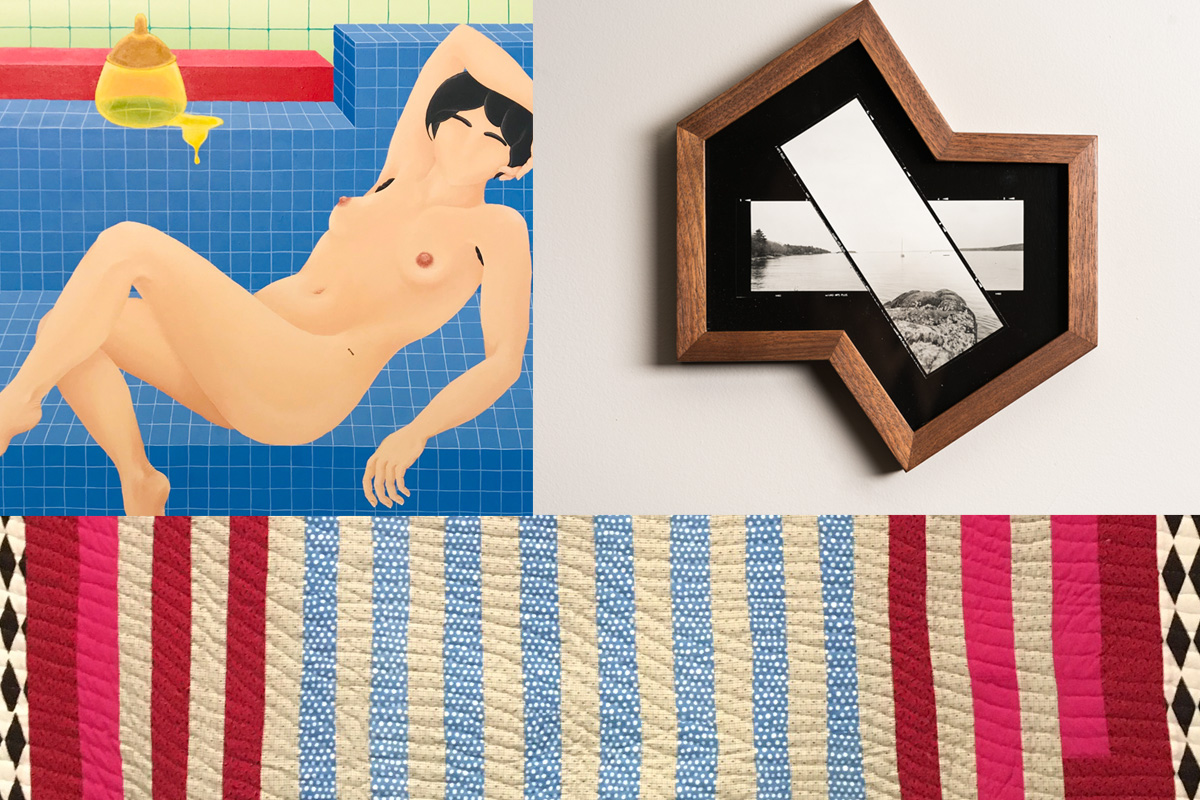 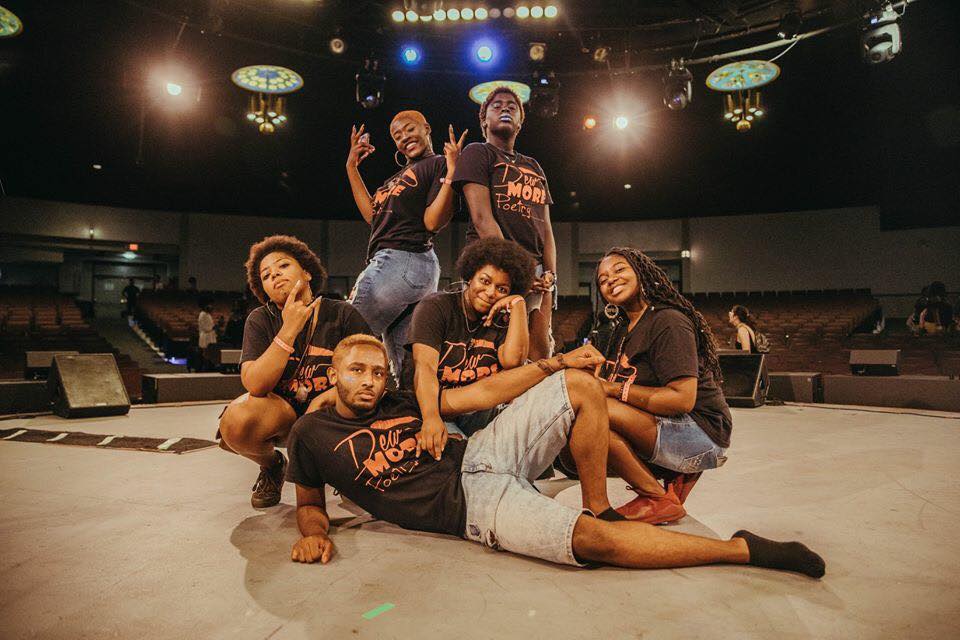 “Trying to change my conversations to what you thought was right / Wrong! Got my tongue feeling imprisoned / in my phone like I’m about to catch a case / Well let me not / ‘cause ain’t it to be black to look back at a sentence and see something wrong, / something not add up. / Supposed to say ten days / but now you got ten years in an autocorrectional facility that is my phone plan.”

These were the words of Baltimore poet Meccamorphosis performing her piece “Duck You Autocorrect” at the Texas Grand Slam Poetry Festival in December 2018, a poem that’s ostensibly about autocorrect autocorrecting incorrectly, especially on black people’s phones, which is a lot like how nonblack people whitewash but also co-opt black people’s ways of speaking.

Meccamorphosis, also known as Mecca, came up through the literary arts nonprofit DewMore Baltimore. Mecca has performed with DewMore locally and across the United States and has created a name for herself in the community as an amazing slam poet. Many of her techniques and skills she learned as a student with DewMore. Mecca is still involved with the DewMore team and teaches high school students the tools they need to become successful slam poets.

Founded in 2013 by poets/artists Olufunmike Woods, Kenneth Morrison, and Slangston Hughes, DewMore Baltimore began as a platform for community engagement but then it evolved to focus on poetry. “After developing social justice and poetry clubs throughout both Baltimore City and County, poetry became the medium. Poetry has this unique ability to be very accurate,” says Woods, DewMore’s program director.

The main foundation of DewMore Baltimore is the Youth Poetry League. The League is made up of poetry clubs in Baltimore’s middle and high schools and community centers. Through contests and competitions, the top poets become part of the Poetry Team and League. These participants perform across the city and country, competing in competitions such as Brave New Voices, the largest youth national poetry competition. Baltimore won this competition in 2016 and 2018. “These young poets are beautiful, powerful, but alarming because they make you pay attention,” says Woods. 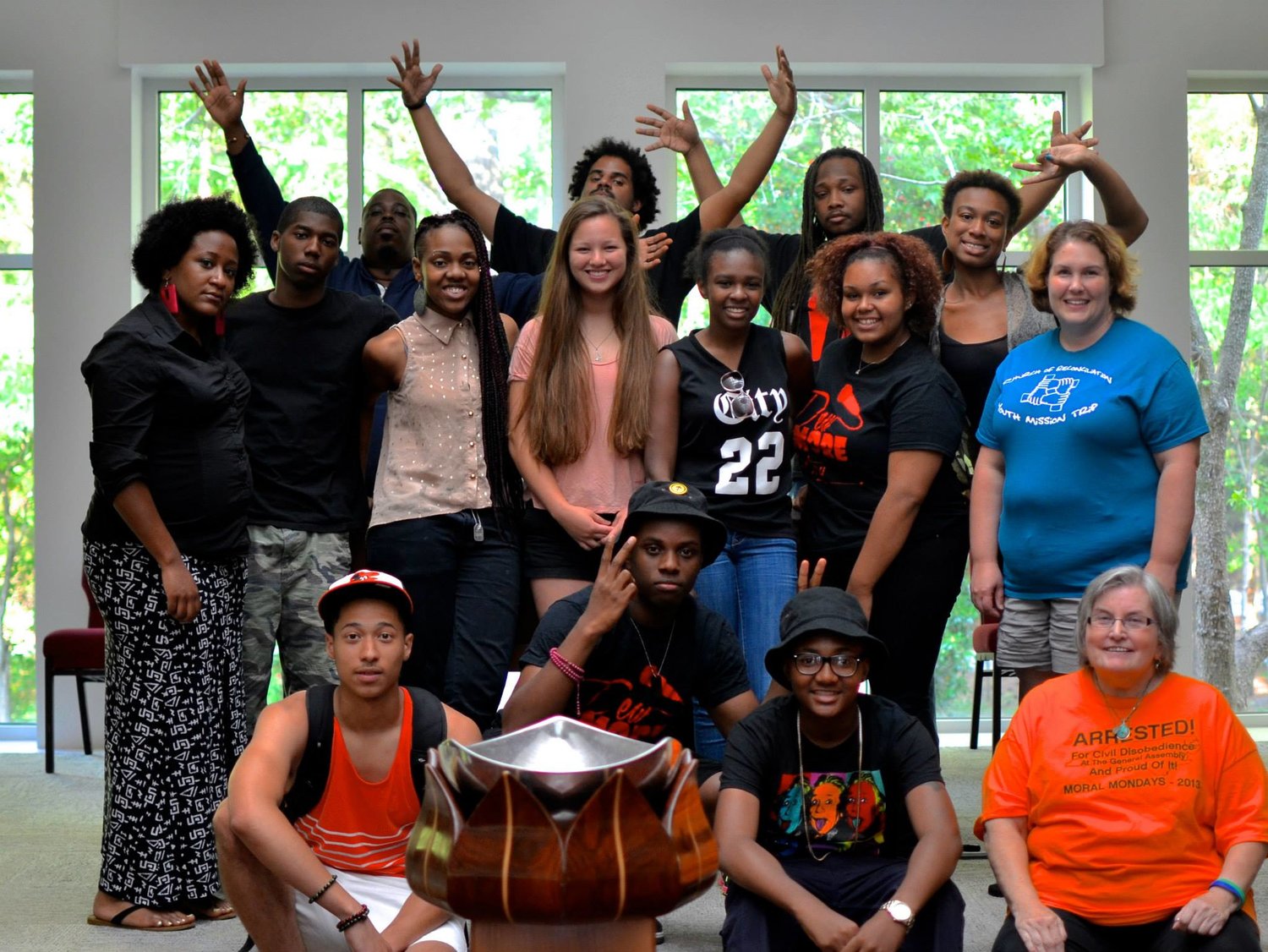 DewMore has created a substantial platform for young poets over the last six years. In partnership with Youth Works, the organization has created the Maya-Baraka Writers Institute, a five-week summer intensive for 30 students who are each paid a $1,500 stipend and get to be part of the DewMore Baltimore Youth Poetry League and Team. DewMore also hosts the Youth Poet Laureate (YPL) program for young people aged 13 to 19. Every February, DewMore selects a youth ambassador to represent Baltimore’s art and culture on a local and national platform by representing the city on stages across the country. The YPL gets to have their poems placed in the window of the Enoch Pratt Library and gets to perform on a local Enoch Pratt Library Tour.

DewMore is hosting a series of youth poetry events this month in honor of National Poetry Month. If you are a poet, a lover of words, a person in need of some thought-provoking alliteration, or if you’re simply in search of some evening entertainment, you’re in luck. On April 5 at City Neighbors School, Hamilton Campus, students participate in a youth workshop entitled “Crossing the Street,” during which young scholars will engage in leadership exercises, learn mask-making and drumming and other development skills by qualified and credentialed artists such as Woods and Hughes. The event is only open to students who have registered to be a part of DewMore Baltimore’s youth program—registration is still open.

Open to the public, though, is the weekend’s highlight: the Youth Poetry Festival, on April 6, also at City Neighbors School. The 6th annual DewMore Youth Poetry Festival features DewMore’s League and Team current high school student finalists, middle school student winners, and the well-known storyteller Anthony McPherson. These finalists have performed and competed throughout the year. The top three winners will receive cash prizes and one winner will be crowned as Baltimore’s Best. 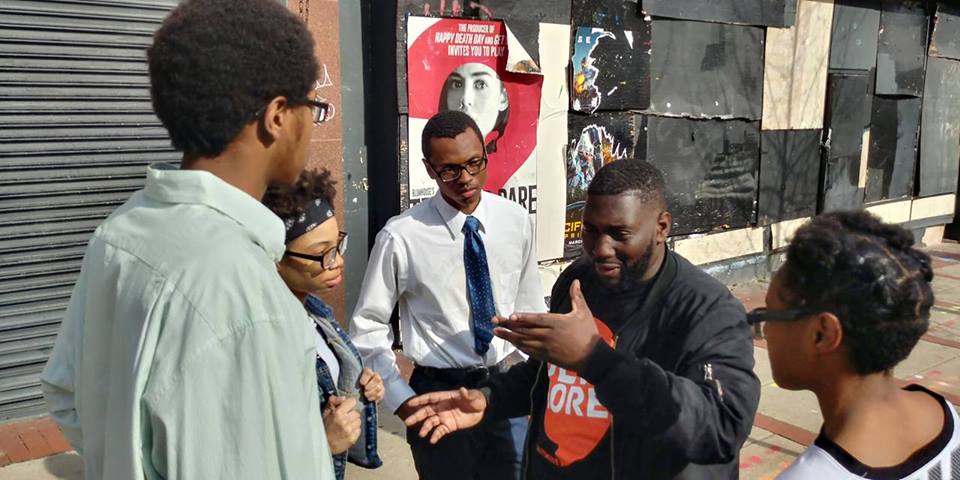 Black Chakra, aka Jacob Mayberry, is another DewMore teacher who’s no stranger to local and national tours. One of his most recent pieces, “Pass,” went viral after comedian Tiffany Haddish retweeted the performance. His poems include every mechanic known to poetry, from double entendres to alliteration, made stronger by his bold performances.

“Don’t Be Late” is where teachers teach, where long-time poets mix with those who have grown and graduated and who are just starting out—DewMore alumni and DewMore Baltimore Youth Poetry League students will perform their work.

“This is a place where words can tie a knot in your chest and a 19-year-old can make you weep like a baby,” says Anderson. “We are highlighting poetry the way it used to be in the ‘90s. You want to express love? These poets will give you the exact words you need. Just make sure you take notes.”

National Poetry Month, founded in April 1996, is held every April and is the largest literary celebration in the world organized by the Academy of American Poets as a way to increase awareness and appreciation of poetry in the United States.

For further information about DewMore Baltimore or to register for the DewMore Youth Poetry Festival visit their website.

Lawrence Koger is a freelance writer living in Baltimore, and regularly participates in Baltimore’s poetry scene. He can be reached on Instagram @erkylaw, or by email at lkogermusic@gmail.com.