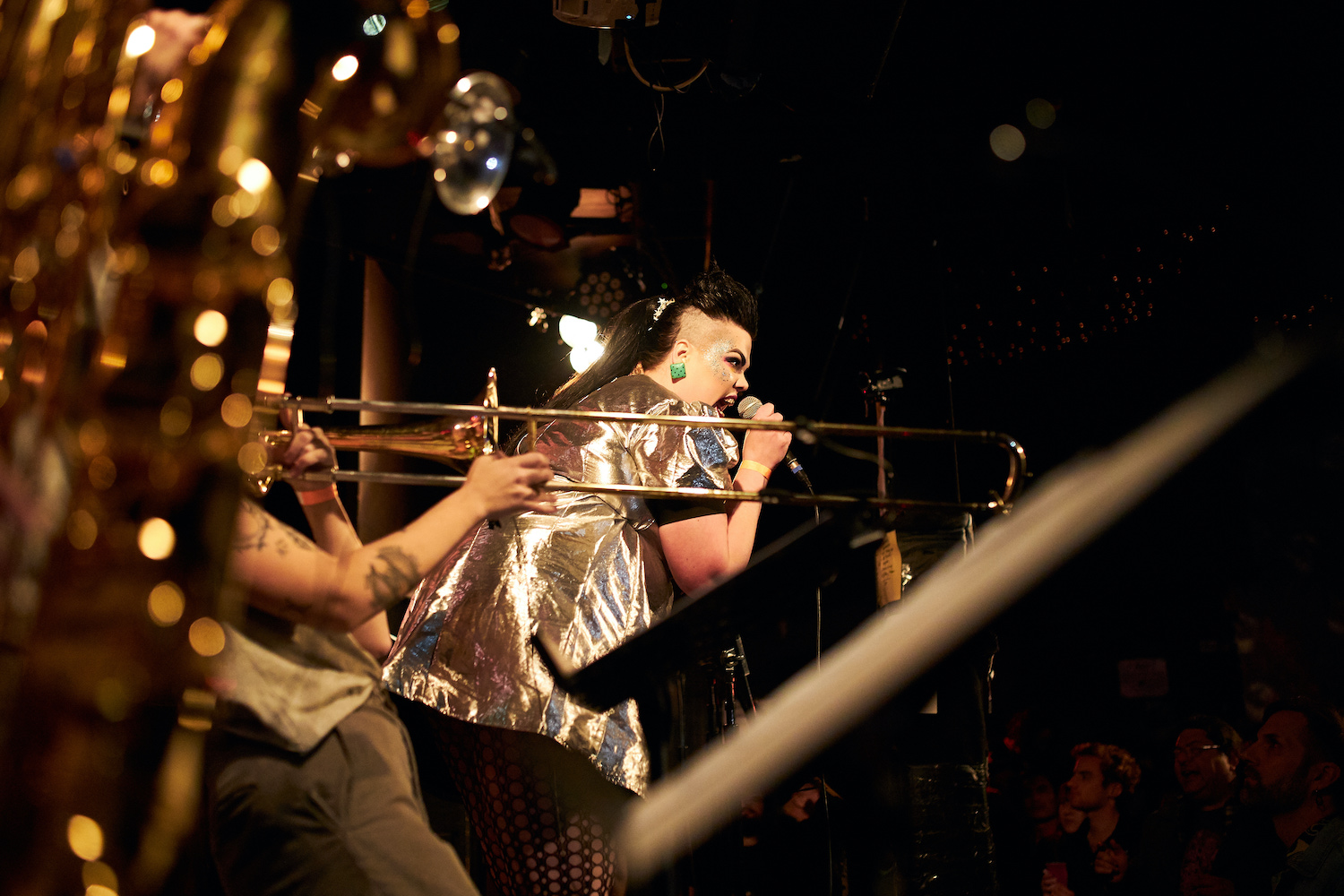 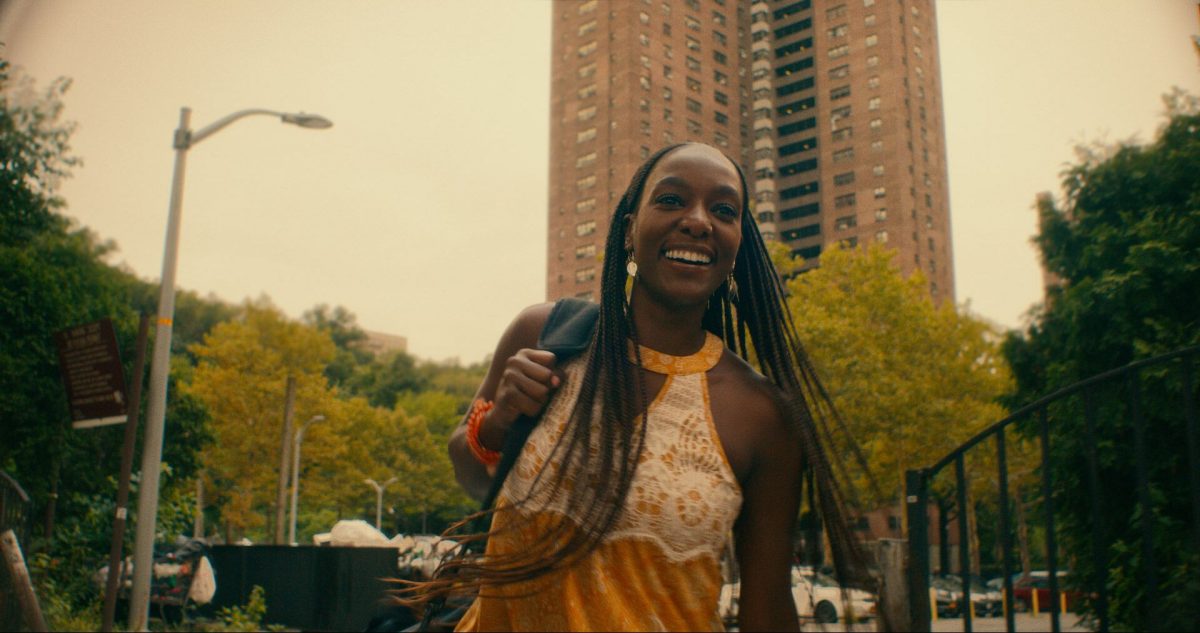 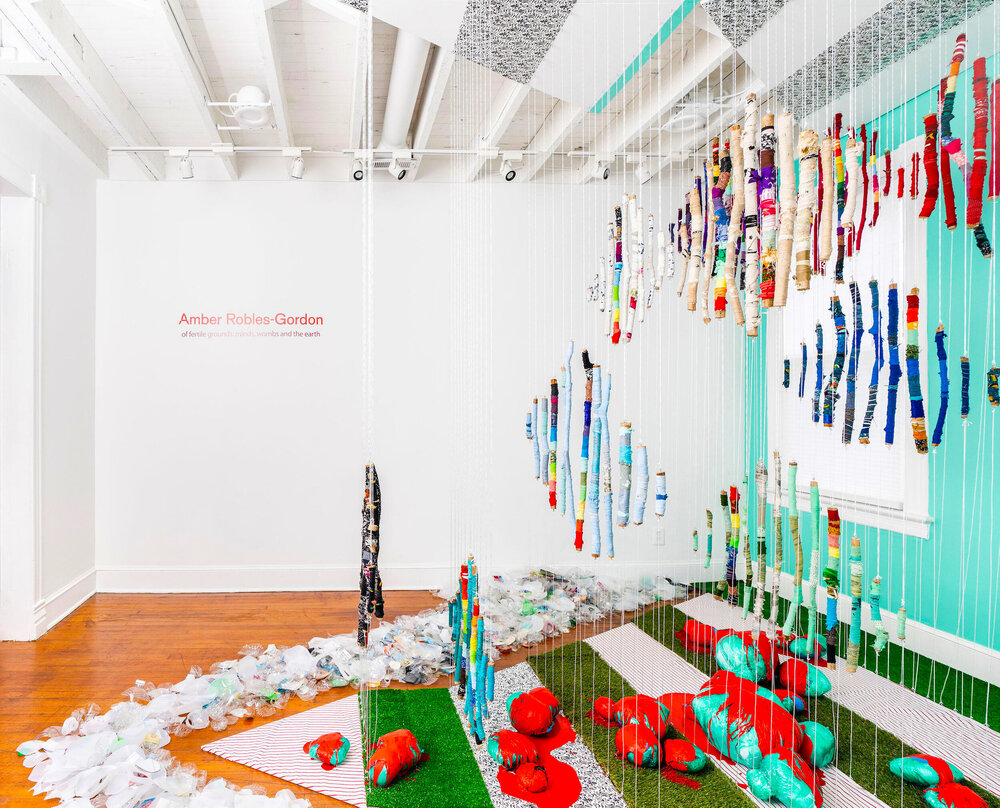 In DC, neighborhoods are facing an unprecedented amount of change in appearance, racial makeup, and social policies that runs counter to the once-prevalent idea of DC being “Chocolate City.” However, there are ways to balance change with paying respects to DC’s living history. The Nicholson Project, an artist residency that recently opened in Ward 7, hopes to demonstrate this change effectively with the inaugural resident artist Amber Robles-Gordon, who lives only eight minutes from the building. For me, it feels like a house turned into a relic, with its period-accurate rehab details; however, the Nicholson Project owners do not focus on the actual former owners, but highlight contemporary artists of color instead.

Robles-Gordon’s multimedia installation at the Nicholson Project, “Fertile Grounds: of minds, the womb, and the earth,” delves into emotional and physical histories of the bodies of women of color in scientific and medical contexts. From gynecologist and slave-owner J. Marion Sims to government-sanctioned Tuskegee experiments, systematic violence on Black women and their wombs plays a quintessential part of American history and medicine. Nowadays, such violence has evolved into defiling the space that bodies of color inhabit; a disproportionate amount of US pollution, for instance, is shipped off to poorer countries for processing. This installation, Robles-Gordon explained to me, “is a conversation about the deleterious effects that man-made products have on the earth in general and how that is in conjunction with what we put into our body: unresolved trauma, unresolved issues, unresolved energy.”

In tribute to the story and cells of Henrietta Lacks—the Baltimore woman whose immortal cancer cells were harvested without her knowledge or consent at Johns Hopkins in 1951, and continue to be used in research to this day—“Fertile Grounds” layers nuance into how informed consent shapes who and what gains access to bodies and parts. Her installation seems to ask: “Who has the right to examine and characterize what is happening here? How are they describing it, and are they using the correct tools and language to do so?” 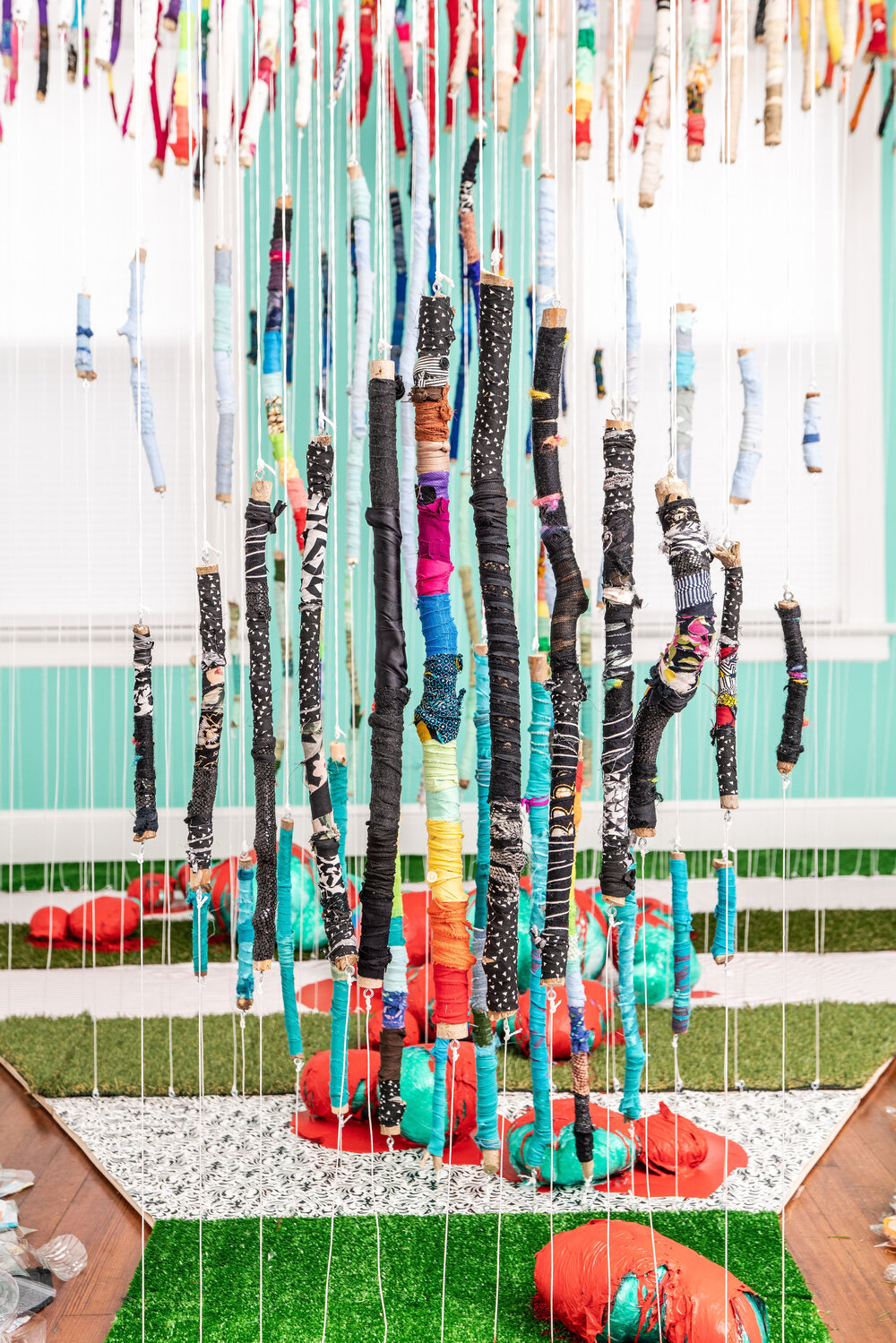 The room-size installation uses every corner and cranny of its 12-square-foot space, from floor to rafters. White cotton strings, which remind me of Fred Sandbeck’s minimalist work, hang vertically, in a 3-D formation approaching the viewer. Suspended from the strings, colorful sticks wrapped in natural and synthetic fabrics form diamond shapes at different heights and depths. Each of the three layers is approximately 8 inches apart, dancing whenever you move around. The flat V shape of the overall installation, when seen head-on, channels sacred yoni power and fragility. Approachable only from the sides and front, the installation offers viewers no access to its inner layers, setting a subtle barrier of modesty and mystery.

Women, in Robles-Gordon’s interpretation, bear the brunt of environmental instability and physical violation. The artist focuses on the physical manifestations of trauma through fibroids, growths that spontaneously appear in uteruses due to hereditary factors and which are thought to be exacerbated through emotional and physical stress. The systemic disadvantage that women of color receive in medical contexts compounds these problems.

With Henrietta Lacks, her DNA was taken from her womb without her knowledge and parsed out to strangers, thousands of times, in a 20th-century form of legal slavery. More to the point, medical institutions and genetic science itself have profited off of her cells without the Lacks family‘s knowledge, anonymized as HeLa cells to conceal the fact that any living person was ever connected to them. To stress the ancestral and narrative power of Lacks’ ordeal, Robles-Gordon uses talking sticks, an indigenous artifact that uses twigs wrapped in different strips of cloth, to represent her DNA.

“Someone told me I have a fascination with materiality,” Robles-Gordon says. “Each stick is like a conversation or like a strand of DNA where it’s perfectly imperfect.” 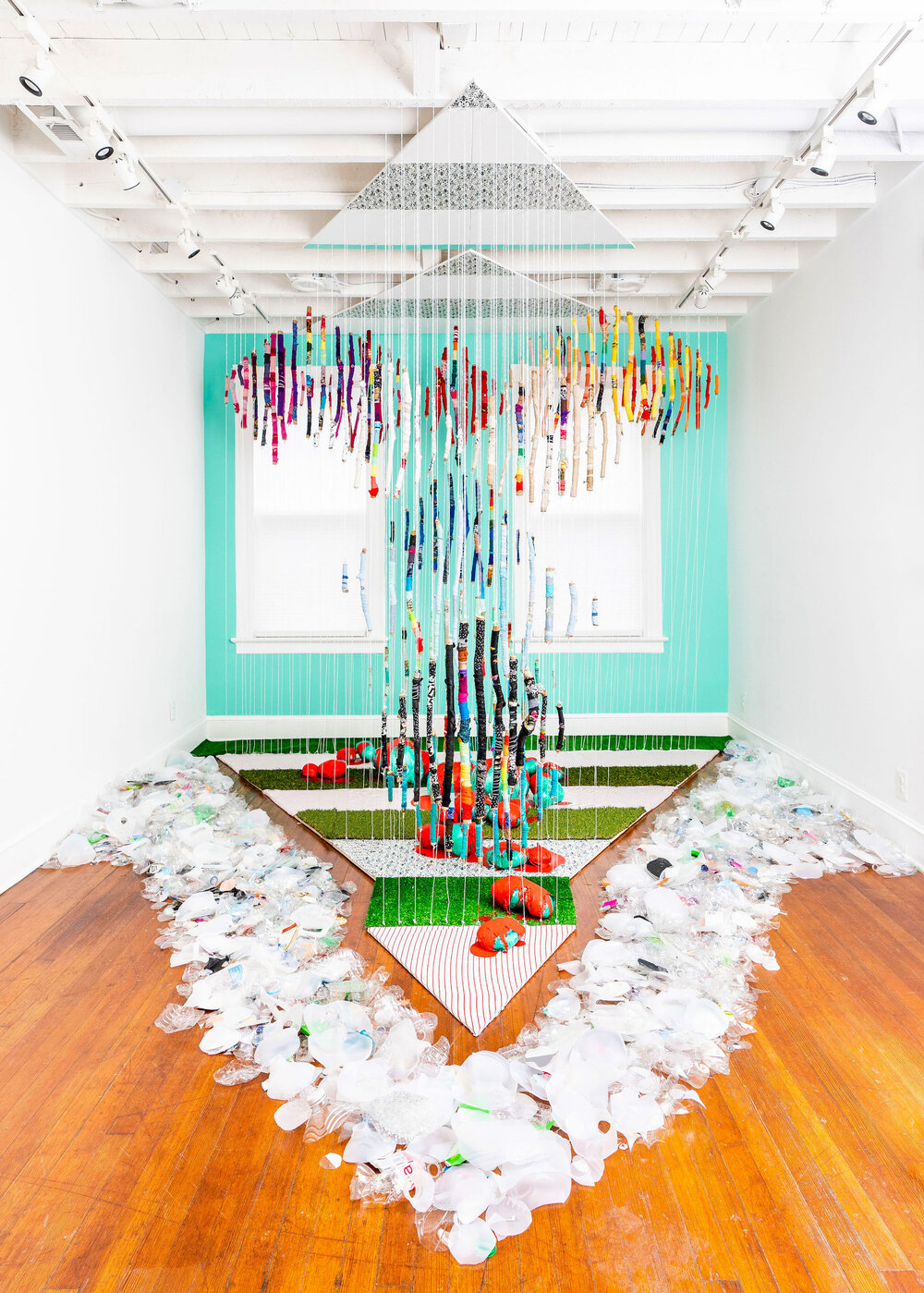 She uses a rainbow palette with an evolved sense of how its placement completes the personification of humanity: the spirit of colors, feelings, and experiences. With her previous solo show in 2018, Third Eye Open, Robles-Gordon focused outwards, on the infinity of the cosmos; here at the Nicholson Project, she zeroes in on the unknowable within the body.

Stefanie Reiser, the owner and operator of the Nicholson Project, came to the idea of an arts residency by way of her main occupation in real estate development. When she was starting out, she says, she was “gravitating towards doing things that are related to the arts and how I could use space in a way that really could cultivate and be a cultural hub or a catalyst for creative activities.” She also took care, in her complete rehab of the Nicholson Project house, to bring in historically accurate doorways, flooring, and fixtures to reflect the styling of similar houses built around the same time, decades ago. In an interview, Reiser stressed how the property became an important symbol of history remade and re-examined for her. This building, which officially opened Sept. 14, offers paid residencies for creatives of all disciplines, stating on its Instagram that it creates “a safe, equitable space for artists to work on their studio practice and produce onsite creative activations.”

Besides Robles-Gordon’s installation, there is a photo exhibition entitled Goosin’ featuring local artist and Howard University professor Larry Cook, videographer Vince Brown, and photographer Beverly Price, alongside “Take a Stand” (2019), a neon piece by Jefferson Pinder. Goosin’, which according to the Nicholson Project’s Instagram means “the act of looking at someone or something in admiration,” features boys crouched in front of a blue backdrop, neighborhood businesses, and protestors that proclaim that “housing is a right, not a privilege.” They occupy a significant place in the gallery, well lit by the lights above and by Pinder’s artwork.

This current collection of artwork is both a study of medical anthropology and abstraction, leaving me with more questions than answers about how to value my own body and keep it from violation and degradation. Robles-Gordon’s confrontation of the past in the Nicholson Project’s rehabilitated space is a meaningful way to combat a culture that dissects and disseminates the bodies of Black and brown women, cutting deep until there is nothing left. 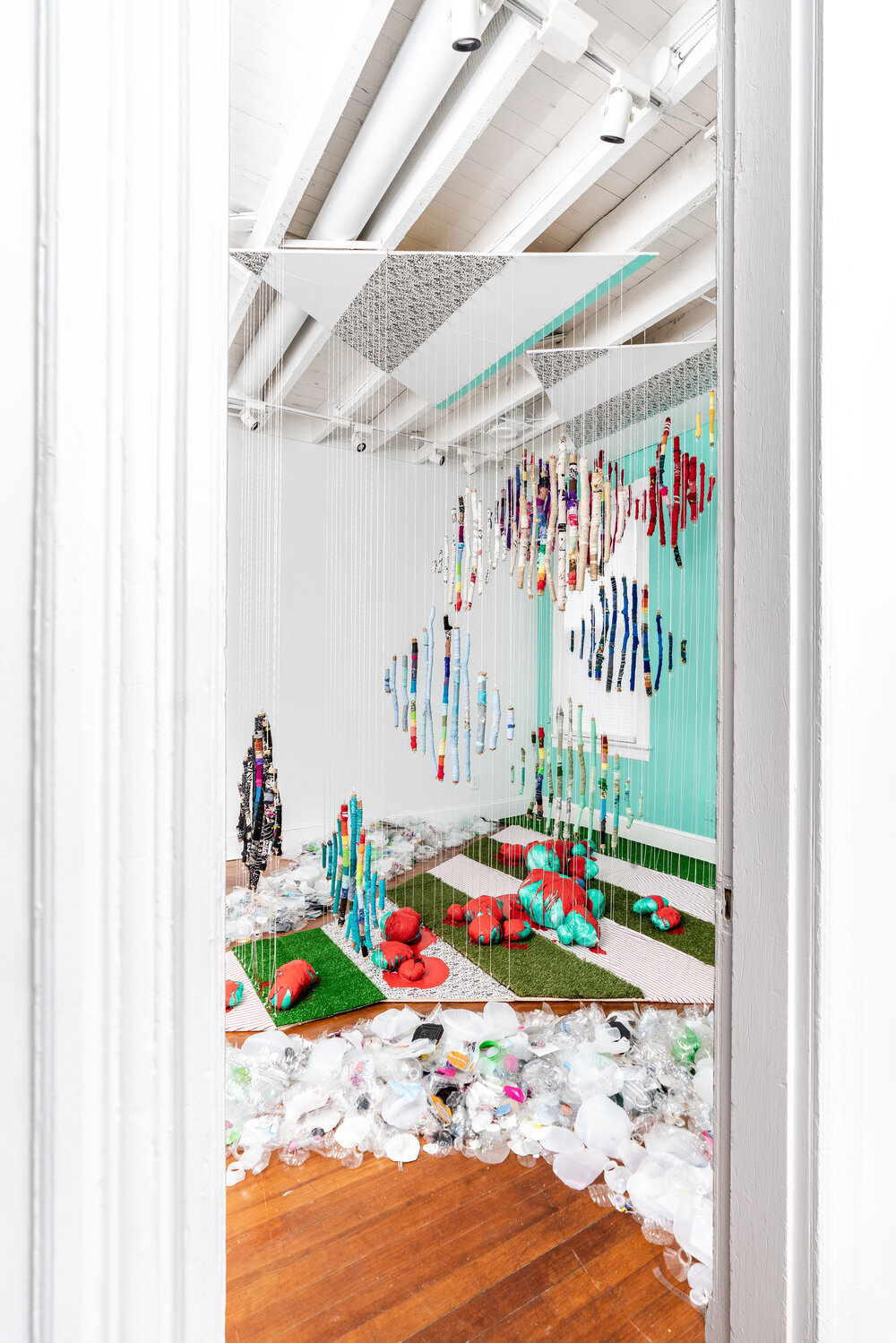 Admission to the Nicholson Project is free, but visitors need to make an appointment at info@thenicholsonproject.com to gain access outside of public event times. Exhibitions on view through the end of 2019.

Photos by Anne Kim / courtesy of the artist