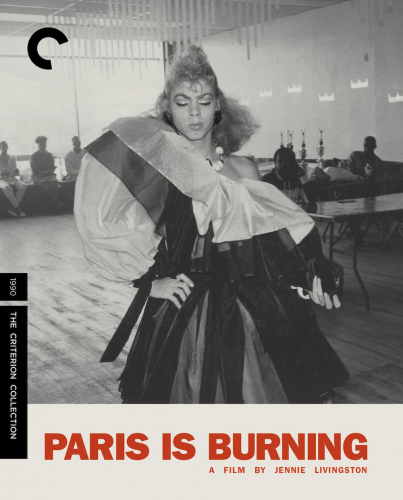 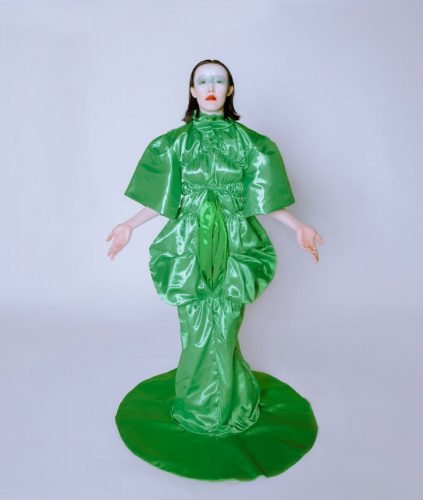 Media & Literature
The Pleasant Sonic Density of Dora Malech’s ‘Flourish’
There is something in this collection for everyone—the personal, the political, the intimate, the strange, and humorous 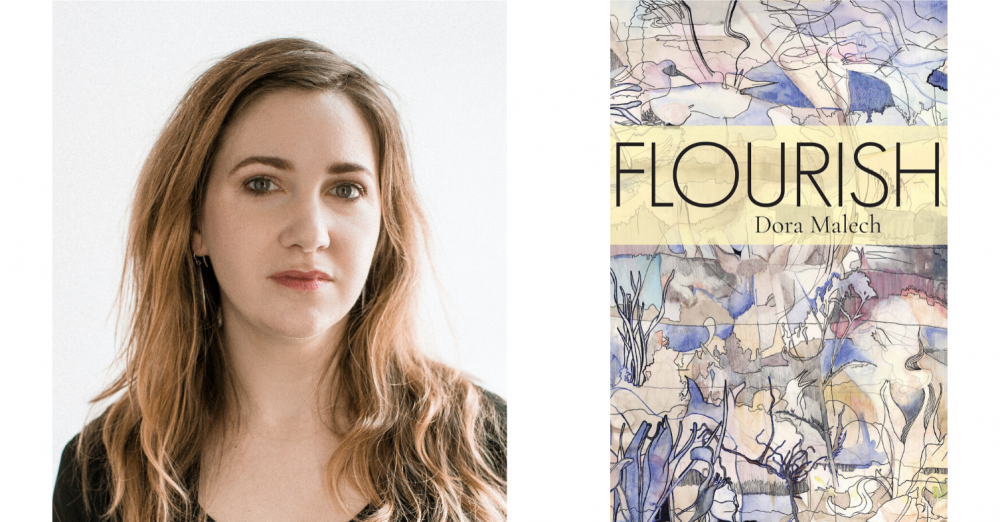 Like the majestic cave-dwelling Waitomo glowworms in “Personal Device,” the poems in Dora Malech’s new collection, Flourish, radiate before you. And like those luminous New Zealand “fungus gnats” they undergo a moving metamorphosis.

In Flourish, Malech’s poems rarely alight anywhere near where they begin—often introducing unexpected themes into the fray. In the book’s introductory poem, “Party Games,” Malech describes a child’s celebratory swinging at a piñata. Except, by the poem’s end, Malech is mulling what it means for everyone involved, adults and children, to enjoy this harmless violence: “…how good it feels to play at this, / violence and darkness, / the beast that harbors something sweet,” she writes.

Flourish is Malech’s fourth poetry collection and was published by Carnegie Mellon University Press this month. It follows the release of her third and most experimental collection Stet, published in 2018 by Princeton University Press. Stet is made up of anagrams, erasures, and the constant reshaping required by such extreme formal constraints. Malech, an assistant professor in the Writing Seminars at Johns Hopkins University, wrote the majority of Stet and Flourish around the same time and the two books are clearly in conversation. Malech’s work often foregrounds poetry’s unique relationship to uncertainty. Her poems embrace the odd liminal space between sense and sentiment through sound. In a Q&A with Bret McCabe for Johns Hopkins Magazine, Malech described her philosophy on working in multiple modes: “I don’t want to choose between modes; I want to widen and deepen both my formal practices and my concerns as much as possible.” In Flourish, that widening and deepening occurs by drilling into language. The constraints have been removed, but Malech is still breaking open, peering within, and playing around inside language’s interior. 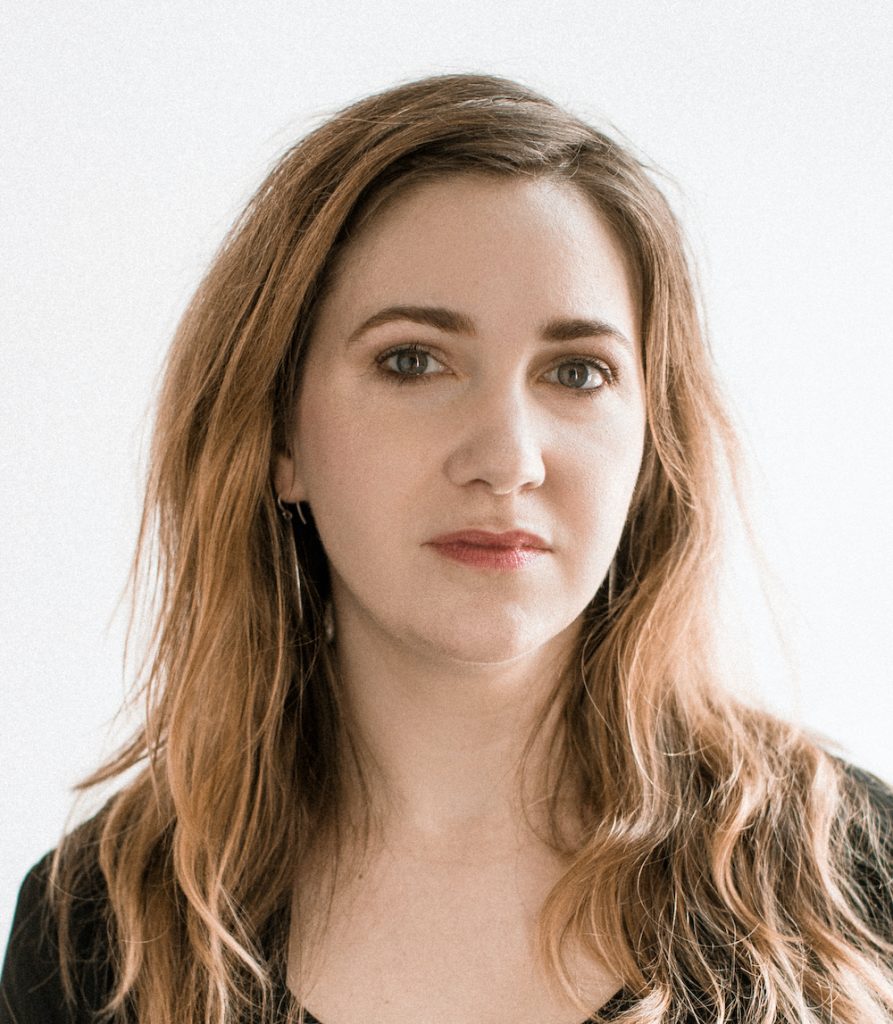 Malech has a plentiful palette of interests and influences and this referential style is fundamental to her verse. Nothing is off limits. Malech bends all registers of language to her ends.

As in Stet, and all of Malech’s previous poetry collections (Shore Ordered Ocean and Say So), “musical wordplay,” as McCabe calls it, proliferates the poems in Flourish. “Forced Perspective” playfully reimagines colloquial phrases, turning unflattering angle into “unflattering angler” and going down with the ship into “gone down with the viewership.” “Four Weeks” describes the anticipation of bringing new life into the world: “You’re just a guess. No symptoms / yet except this pesky tenderness.” Here, we see Malech’s dexterous sonic touch as “guess” and “tenderness” chime quite naturally, but the two lines are also buoyed by the internal rhyme of “yet” and “except.” Even further beneath the surface is Malech’s iambic meter working to emphasize the refreshingly imperfect echoes between “guess,” “yet,” and “pesky.” This commitment to rhythm and sound consistently undergirds the images and themes in Malech’s poetry.

There are grounded, expertly turned narratives in Flourish as well, like “I Now Pronounce You,” which intentionally or unavoidably conjures Elizabeth Bishop. The poem’s subjects are traveling to a wedding in Duluth and their journey is described in delightful exacting detail, peaking during this Bishopesque crescendo:

“We made a trip of it, drove from the coast, / collected mosquito bites like

merit badges / in Michigan, New York, Ohio, Pennsylvania, / though not quite so alphabetically.”

I’m hesitant to start listing the influences and allusions in this collection because there are so many. “Catoctin Mountain Park” references Walt Whitman’s “Democratic Vistas” and alludes to Frost’s “Stopping by Woods on a Snowy Evening” when Malech writes, “Alone, one might intone / whose woods whose woods, / one might whisper / democratic vistas.” Throughout the book, we see epigraphs from Gerard Manley Hopkins, Andrew Joron, Aristotle, and Henry Peacham. Malech makes her influences known in her work, and where she doesn’t, they can still be felt. We also see four separate epigraphs that introduce each section of the book from Rita Dove, Saeed Jones, Carolyn Kizer, and Kay Ryan. Each epigraph uses the word “flourish” slightly differently, emblematic of Malech’s consistent, adroit reanimation of received language. Malech has a plentiful palette of interests and influences and this referential style is fundamental to her verse. Nothing is off limits. Malech bends all registers of language to her ends.

There is something in this collection for everyone—the personal, the political, the intimate, the strange, and humorous. Malech makes me sympathize with unexpected figures—rats, the flame-obsessed moth, a scorpion, even the annoying homeowner whose hyperactive sump-pump disturbs what should be a peaceful abode for the speaker. Flourish is full of gems, as when Malech cleverly describes a scorpion this way:

“Whatever it is that you want / must be small enough to fit within / your grasp. As if you were waiting in the butcher’s line and at a loss for words / you forever gesture overhead / this much“

Malech makes light of the scorpion’s menacing morphology by turning its pincers into helpless gesturing hands “in the butcher’s line,” effectively anthropomorphizing the scorpion.

The aforementioned “Personal Device,” is Flourish’s dense magnum opus, wherein Malech interweaves Carl Jung’s theory of the “imago” with the final stage of insect metamorphosis also known as “imago,” while weaving both into images that encapsulate our collective cell phone obsession. “Personal Device” makes language itself one of its subjects. The poem opens in this way: “Stare-gazing lap-glancing calls me all the world’s this rectangle set to the right”—Malech manipulates our expectations, denying us the satisfying completion of multiple familiar phrases. Star-gazing has become “stare-gazing” and we’ve veered just left of Shakespeare’s “All the world’s a stage.” The poem continues:

“… or yet more / precariously riding, like some trainer / in a Sea World orca act, the curved / black back of the toilet paper dispenser / in the public stall…”

The poem starts in a rush. Combine that with the overwhelming detail of the imagery and the rhythmic propulsion of the syntax and we are four stanzas deep before we realize Malech has just described our propensity to remain attached to our phones at all times, no matter where we go. The density does not end there, however:

“…or under sheets / and coverlet the body-built grotto lit / like alternate Waitomo glowworm caves / though boasting instead of constellations only / one enormous larva to its name.”

By this point in the poem, Malech has turned all of us phone-obsessed human beings into larval glowworms. As she moves through the stages of insect metamorphosis she’s also anagramming—“stage” becomes “gate” and the “imago opens.” The insect escapes its silk nest after reaching maturity, mirroring the opening gate of language.

In “Personal Device” and poems like it, Malech makes an intricate organism of her poems through wordplay and the attending associations of that linguistic and syntactic movement. As always, this dense interweaving of ideas is supported by a pleasant sonic density.

It is true that many of Malech’s poems benefit from a second reading, that they don’t always reveal their most interesting surprises so easily. You will be doing yourself a disservice to read Flourish unfocused, but isn’t this what we want from poetry—poems that demand and command our attention? In Malech’s densest poems, assonance, alliteration, and rhyme are the first hand-holes to glom onto, seemingly the only ones available, but dig even just a little and the poems’ reverberating associations start to reveal themselves.

In Flourish, it is clear that Malech is deeply aware of the poems and poets that came before her, as well as language’s present iteration. She brings both into the athletic ballet of her poems and refuses to pick a side. There is plenty to enjoy and be absorbed by at every level in Malech’s poetry. But if you enjoy poetry’s nuanced, detailed gift wrapping and the process of unwrapping a poem’s daedal surprises, then pleasures will never cease for you in the beautiful, sinuous Flourish.

Dora Malech and Elizabeth Hazen are reading their poetry at Greedy Reads’ Remington location on March 12, from 7–8:30 p.m.