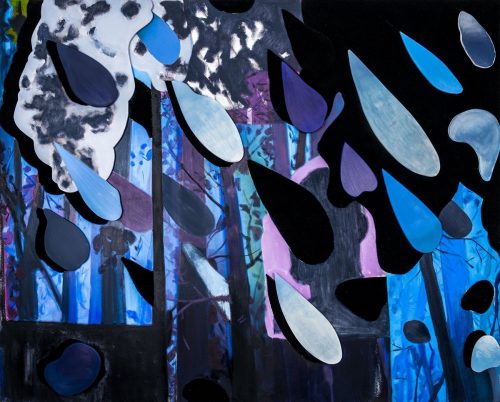 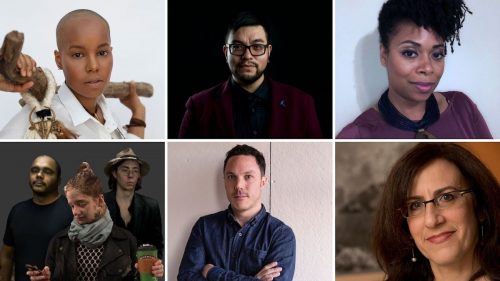 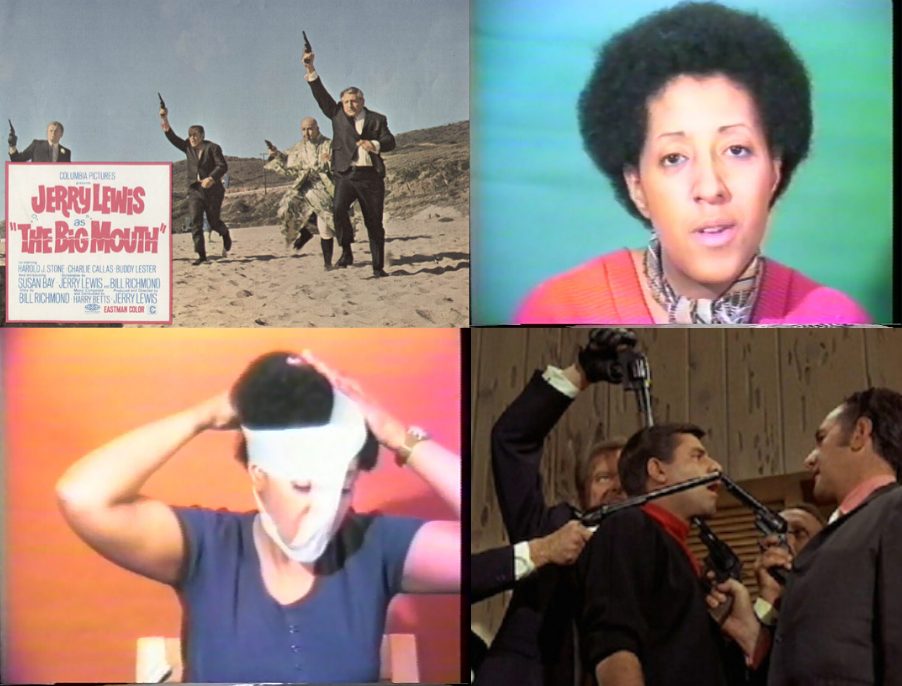 Save for the occasional radicalizing doc rewatch (2002’s The Weather Underground, Agnes Varda’s Black Panthers, John Akomfrah’s Handsworth Songs), I haven’t watched any movies over the past month or so, instead opting to view the endless terror scroll of Twitter, where clips of police violence in response to uprisings against police violence accrue and complement one another, coalescing into a clear argument to, well, defund the police. Last week, I finally attempted to briefly take my mind off of world events—a privilege many other people do not have, I must acknowledge—and reached for something mindless and silly. Jerry Lewis’ The Big Mouth, a goofy 1967 mix-up movie in which Lewis as a mild-mannered banker is led to a stash of diamonds thanks to a mafia-affiliated lookalike (also Sea World plays a big part; it’s great) and calamity ensues.

I did not get to stop thinking about the cops. About 10 minutes in, Lewis is giving police the business. He is pulled over and then a series of dimwitted cops attempt to ticket him for a number of additional minor infractions but none of the cops can agree on the proper code for the infraction and they all keep piling on more infractions and they argue about the numbers and that gives Lewis a chance to drive off without getting any tickets. There was a time, I thought, when cops were often the butt of jokes in movies such as this, when it was a given that authoritarians were clownish and ridiculous even in movies by fairly hateful albeit very funny shitheads like Jerry Lewis (fwiw, another one for the Jerry-Goes-ACAB series: this scene from 1983’s Cracking Up where he pretty much plays a Buford T. Justice from Smokey and The Bandit and ends up blowing up his own car).

That goofy scene in The Big Mouth seemed like something you might read on @scanthepolice, a new and vital Twitter account which, by accurately tweeting what is being said over the Baltimore Police Department’s scanner, provides a penetrating portrait into the hearts and minds of the city’s embattled police force who overwhelmingly reside outside of the city. A whole exegesis on how the true purpose of police is to protect property and the moneyed and how deluded and petty and deranged the moneyed themselves can be contained in this one @scanthepolice tweet: “Scanner: Dispatch says that a landlord who owns a vacant on N. Mount St. says he went to the vacant to find the lock box broken off & that someone seems to have broken in; landlord says responding units will be able to recognize him by his Ben Carson campaign baseball cap.”

We all kind of agree that fiction cannot catch up to let alone match real life right now. One of the few movies that seem to really make sense these days is Howardena Pindell’s Free, White and 21 which would have been screening at the Baltimore Museum of Art over the past few months if not for COVID-19, but is also easily available online.

A monologue/performance on shot home video (and as such, a proto-vaporwave celebration of smeary VHS), 1980’s Free, White and 21 shows Pindell, tone deadpan and at times almost amused it’s all so awful, recounting experiences with racism of the aggressive and microaggressive sort: a racist kindergarten teacher tied her to a bed when Pindell asked to use the bathroom; teacher denied her the opportunity to be in an accelerated class so that a less-qualified white student could be let in; frequent and blatant job discrimination.

Her monologues are intercut with footage of Pindell wrapping her head in bandages, turning her head almost entirely white, and occasionally, Pindell, in a whiteface that recalls Melvin Van Peebles’ Watermelon Man and early DEVO video, a ‘50s-style blonde wig and big cat-eye sunglasses, responding to her monologues as a white woman saying these stories can’t possibly be true, because they’ve never happened to her, a white woman who is “free, white and 21.”

“You really must be paranoid. Your art really isn’t political either. You know, I hear your experiences and I think, ‘Well, it’s gotta be in her art.’ That’s the only way we’ll validate you and it’s gotta be in your art in a way that we consider valid,” Pindell in whiteface declares. “You don’t exist until we validate you and you know if you don’t want to do what we tell you to do, we’ll find other tokens.”

A 2015 Jezebel piece noted that the phrase “Free, white, and 21” appeared in dozens of movies between the ‘30s and ‘40s and called it “a proud assertion that positioned white privilege as the ultimate argument-stopper.” Later we watch Pindell peel off the thin layer of white covering her face and unwrapping the bandages, a frightening and cathartic shedding of white skin that also recalls the first story Pindell tells: About the time that a racist babysitter bathed her mother in lye in an attempt to lighten her skin, leaving Pindell’s mother with burn marks on her arms for life.

A close read of two films screening at the 2021 MdFF.