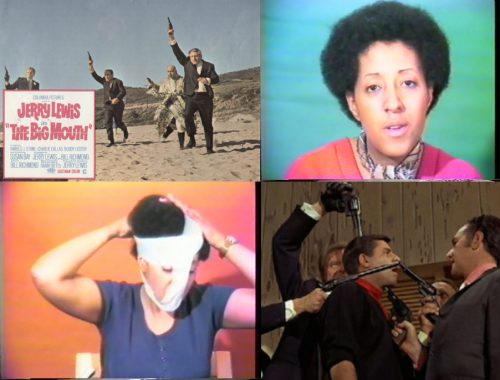 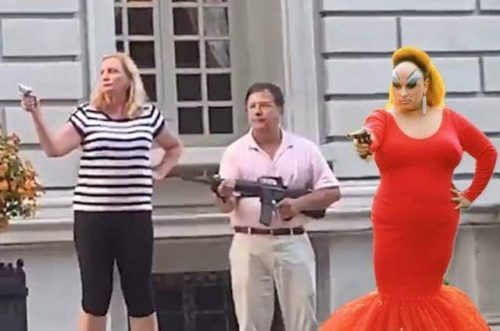 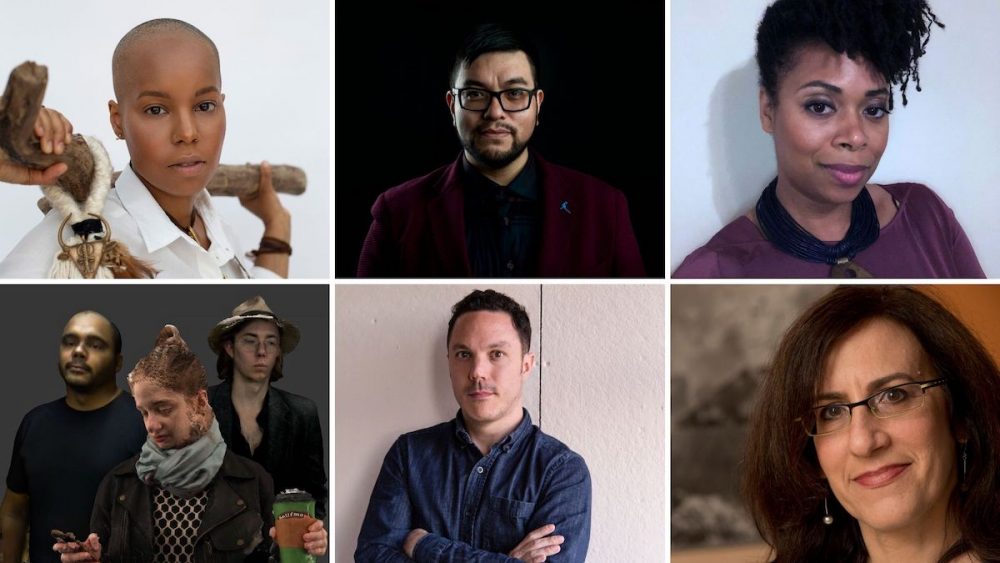 This year marks the 15th for the annual Janet & Walter Sondheim Artscape Prize, administered and funded by the Baltimore Office of Promotion & The Arts (BOPA) and was originally scheduled to be hosted at The Walters Art Museum in Baltimore. This year, 35 artists were selected for the semifinal round by 2020 jurors Gary Carrion-Murayari, Nona Faustine and Diya Vij. The competition awards a $25,000 fellowship to assist in furthering the career of a visual artist or visual artist collaborators living and working in the Greater Baltimore region.

According to BOPA’s announcement, “Due to the ongoing Coronavirus Disease (COVID-19) crisis, certain elements of the Sondheim Artscape Prize have been adapted to maintain the core of the program and to provide funding for artists and enable them to focus on their practice during this challenging time. The Sondheim Artscape Prize will be presented through a virtual finalists’ exhibition on Kunstmatrix, an online platform that allows for publicly viewable digital galleries that simulate the setup of three-dimensional galleries. Finalists’ work will be viewable on desktop and mobile. Additionally, materials provided for the finalist selection will be included in a 30-minute-long video interview with the judges. The finalists’ exhibition will launch on Monday, July 6, 2020 and continue through Monday, August 31, 2020. The exhibition links will be available at www.promotionandarts.org.”

The award ceremony, previously announced to be held at the Walters Art Museum, will now occur virtuallys, so we are all invited to join BOPA, the jurors, and the six finalists for the big reveal of the $25,000 prize winner on Saturday, July 25, 2020 at 7:00 PM on BOPA’s YouTube page.

Earlier this year, BOPA announced a new development to the annual Sondheim Prize – the Sondheim Creative Residency, a six-week long, fully funded residency at La Civatella Ranieri in the Umbria region of Italy, to be awarded to one of the remaining finalists not selected for the Sondheim Prize. Each finalist not selected for the prize is presented with an M&T Bank Finalist Award of $2,500. However, due to Covid-19 restrictions, the Creative Artist Residency at Civitella Ranieri in Italy has been postponed. 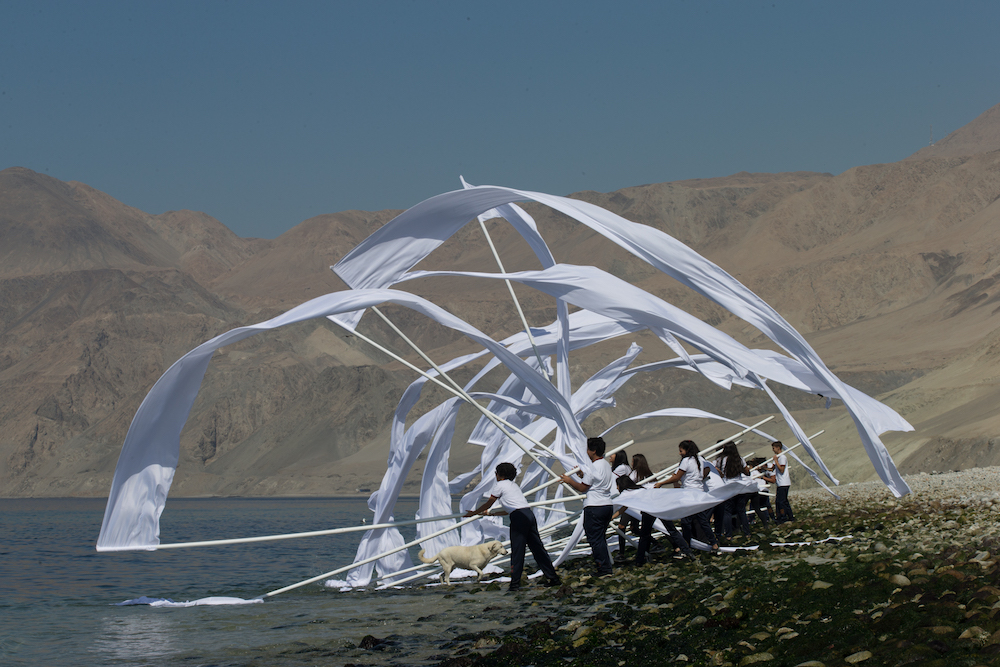 Miguel Braceli is a multidisciplinary artist working at the intersection between art, architecture and education. His practice is focused on participatory projects in public space. Most of these projects have been large scale works, developed in countries such as Argentina, Bolivia, Chile, Costa Rica, México, Spain, Sweden, United States, and Venezuela. These works explore notions of borders, migrations, homelessness, national identities and social-political conflicts, working from the geopolitical geography to a human scale. He has exhibited in galleries, biennials, and important group shows in Latin America, Europe, and the United States. 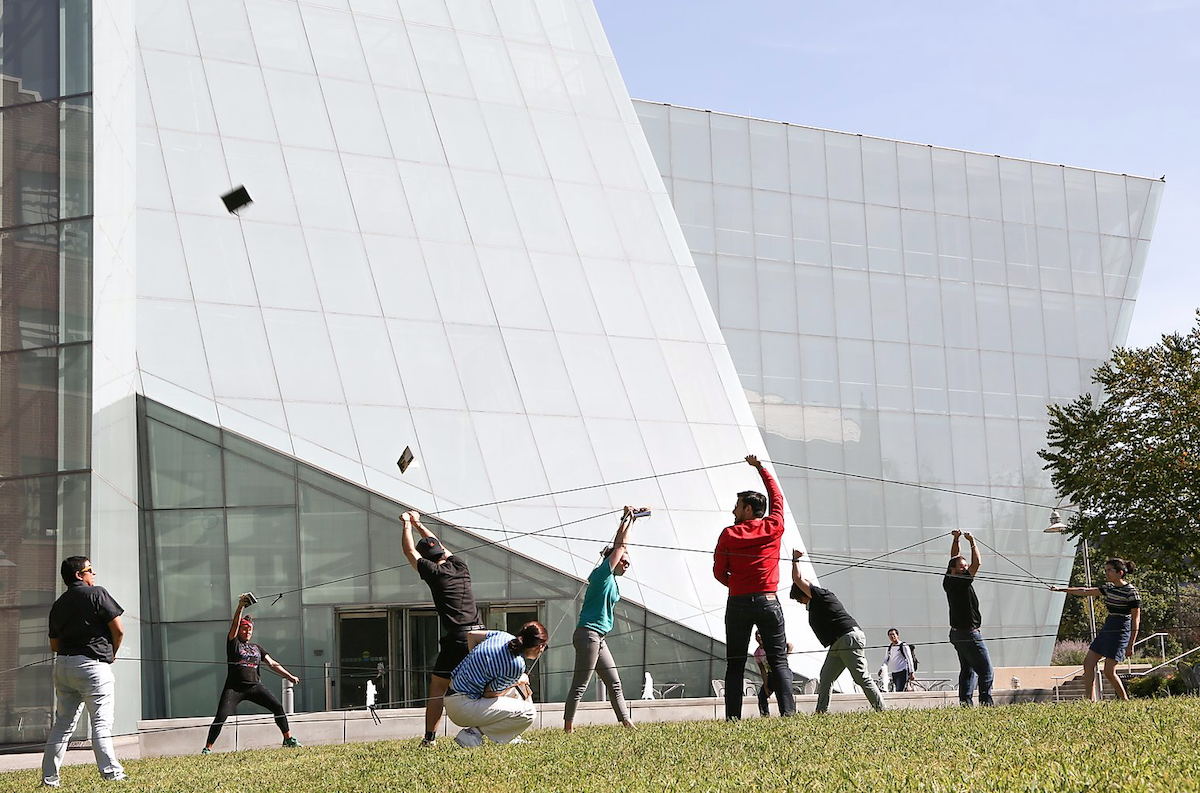 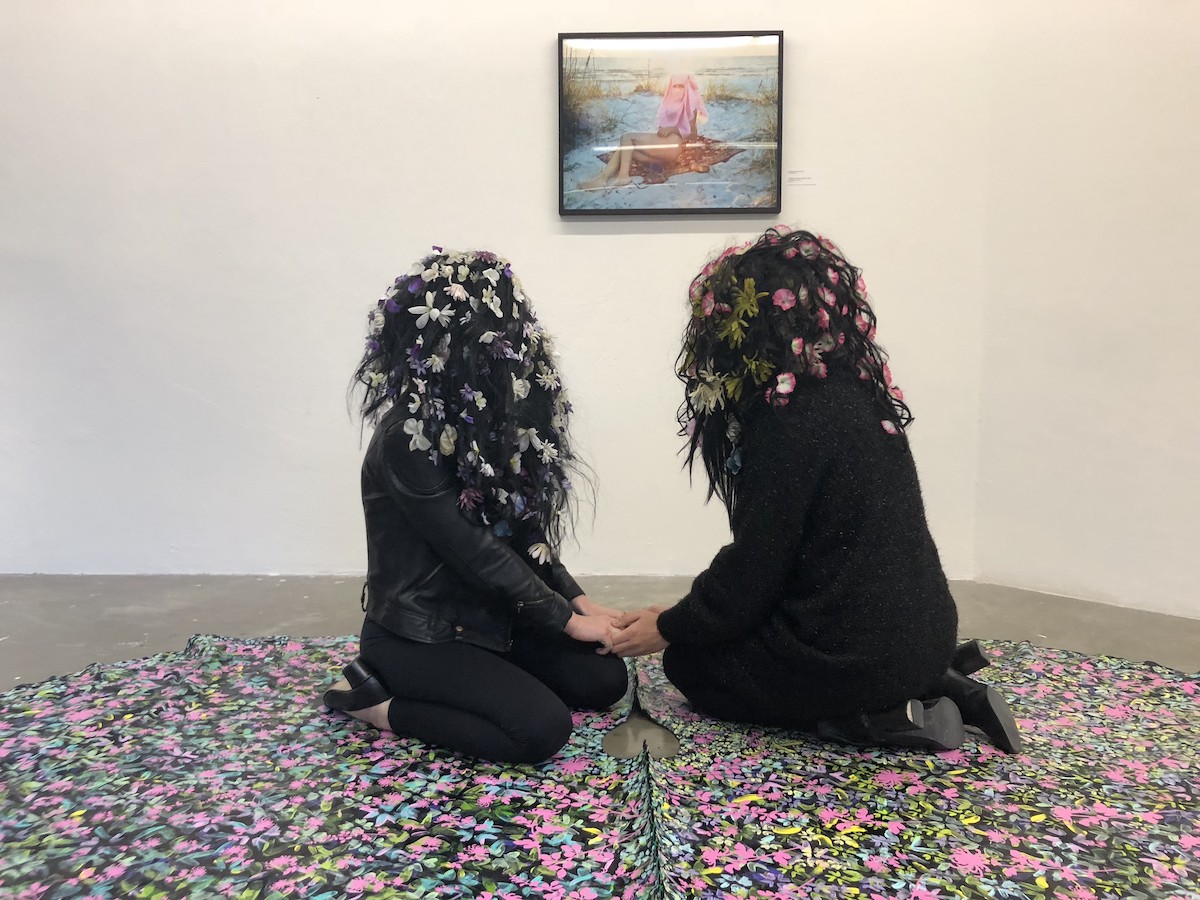 Hoesy Corona (b. 1986 Guanajuato, Mexico) is a multidisciplinary artist working in both visual and performance art. He creates uncategorized works that draw from his personal experiences as a queer Mexican immigrant in the United States. His works oftentimes confront and delight viewers with some of the most pressing issues of our time. Recurring themes of race/class/gender, otherness, celebration, nature, isolation, and the climate crisis are all present throughout his work.

His colorful sculptural works fitted to the human body have been presented at The Hirshhorn Museum and Sculpture Garden, The Baltimore Museum of Art, The Walters Art Museum, Gilcrease Museum, and The Reach at The Kennedy Center. Recent honors include a Tulsa Artist Fellowship, a Merriweather District Artist in Residence, a Halcyon Arts Lab Fellowship, a Ruby’s Artist Grant, a Maryland State Arts Council Individual Artist Award, and an Andy Warhol Foundation Grit Fund Grant. He lives and works in Baltimore, MD and Tulsa, OK. 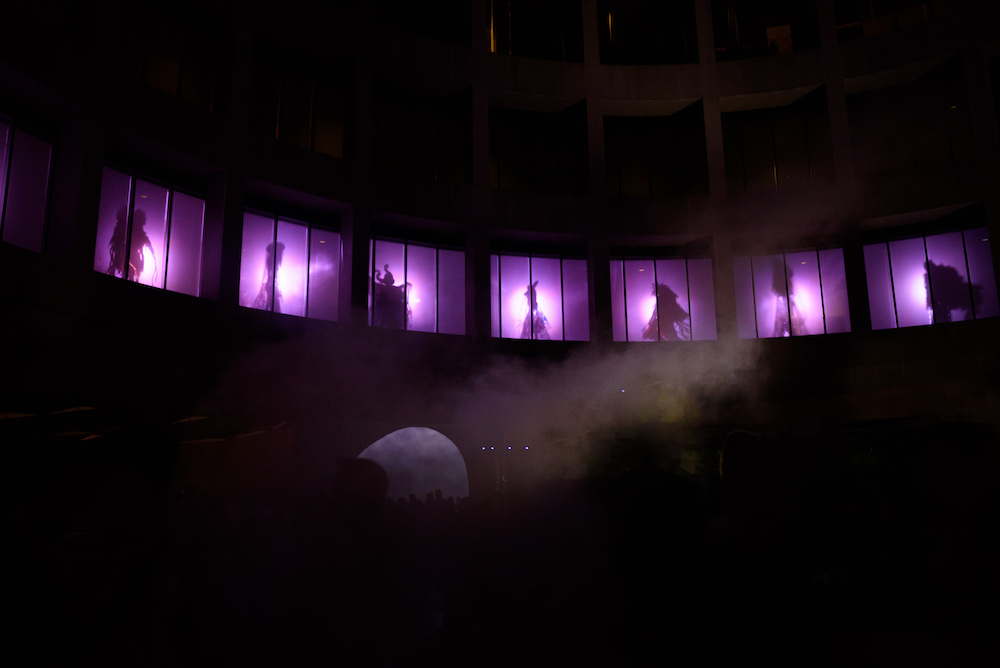 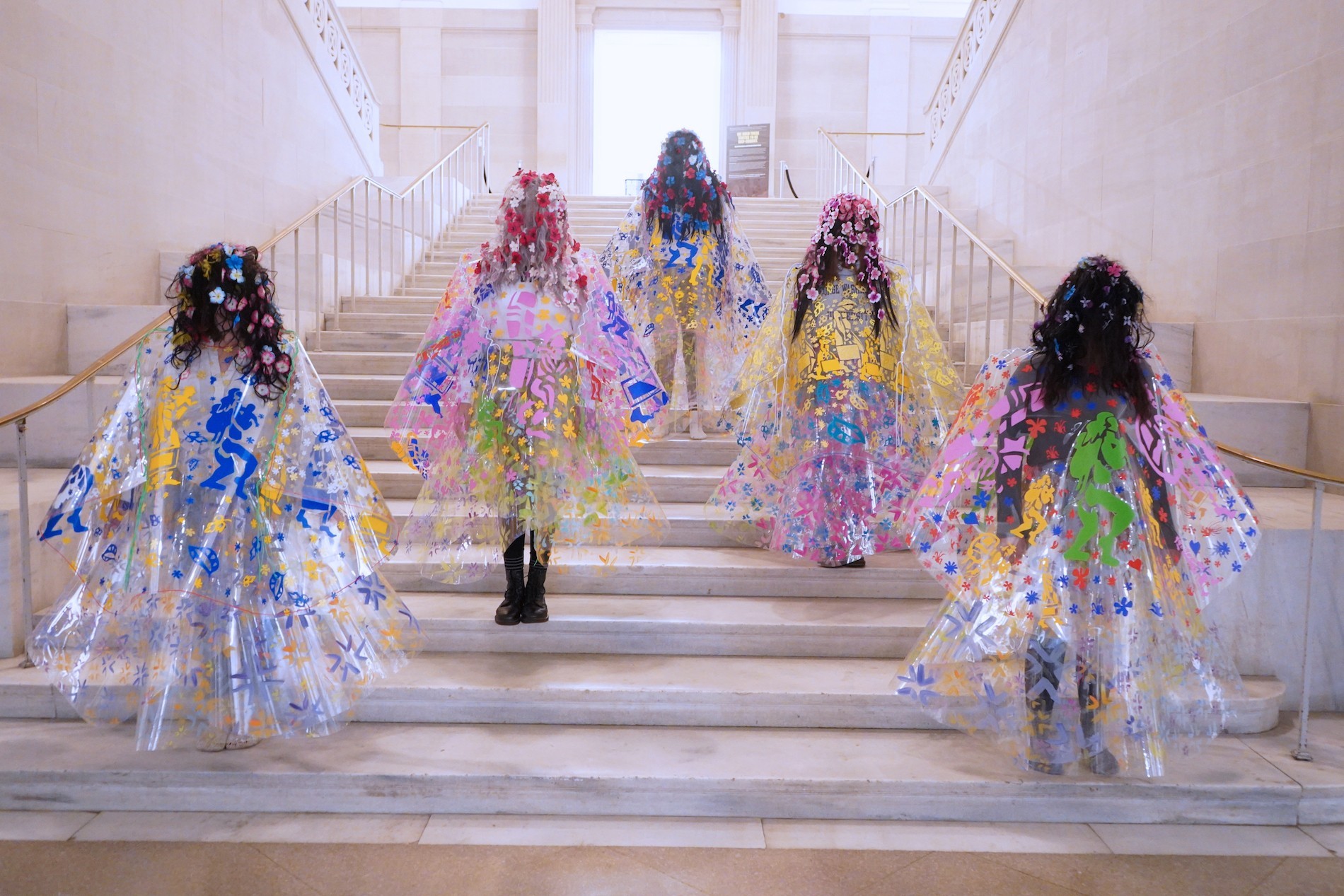 LaToya Hobbs is an artist, wife, and mother of two currently living and working in Baltimore, MD. She received her BA in Painting from the University of Arkansas at Little Rock and MFA in Printmaking from Purdue University. Hobbs’ work deals with figurative imagery that addresses the ideas of beauty, cultural identity, and womanhood as they relate to women of the African Diaspora. She creates a fluid and symbiotic relationship between her printmaking and painting practice producing works that are marked by texture, color and bold patterns. Her exhibition record includes several national and international exhibits.

Hobbs’ work has also been featured in Transition: An International Review, a publication of the W.E.B. Dubois Institute for African and African American Research at Harvard University. Other accomplishments include a 2019 Individual Artist Award in the Works on Paper category from the Maryland State Arts Council, a 2019 Artist Travel Grant awarded by the Municipal Art Society of Baltimore and she is the recipient of a 2020 Artist in Residence award at the Joan Mitchell Center in New Orleans, LA. Additionally, Hobbs devotes her time to teaching and inspiring young artists as a Professor at the Maryland Institute College of Art. 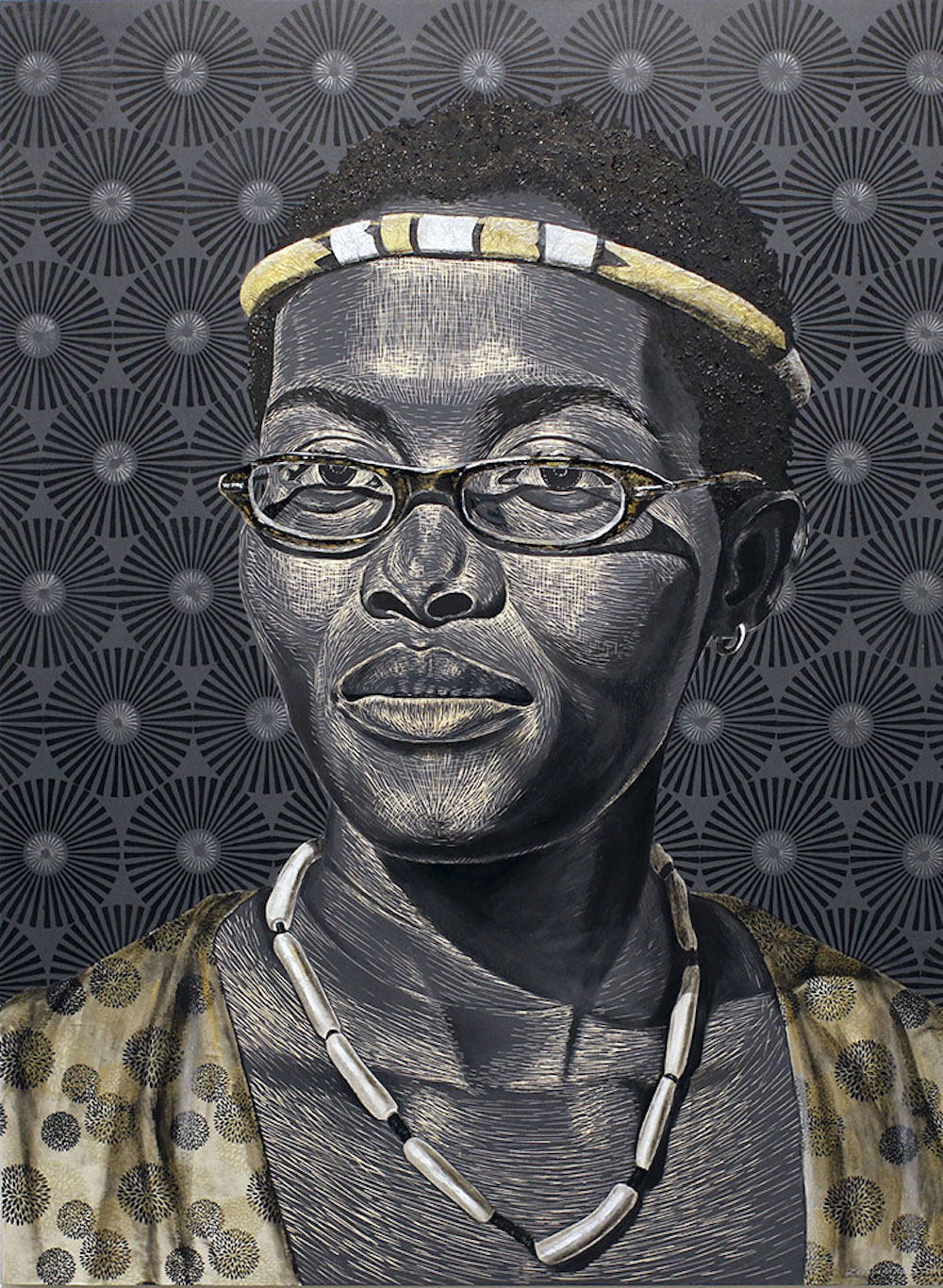 Her exhibition record includes several national and international exhibitions such as the Tulipamwe International Artists’ Exhibition at the National Art Gallery of Namibia, Windhoek, Namibia (Africa), Prizm Art Fair, Miami, FL, Salt of the Earth at the Community Folk Arts Center in Syracuse, NY, Abandoned Margins: Policing the Black Female Body, at Woman Made Gallery, Chicago, IL and the Promising Artists of the 21st Century Art Exhibition at the Sophia Wananmaker Galleries in San Jose, Costa Rica among others. LaToya’s work has also been featured in Transition: An International Review, a publication of the W.E.B. Dubois Institute for African and African American Research at Harvard University and has recently been added to the Petrucci Family Foundation Collection of African American Art. 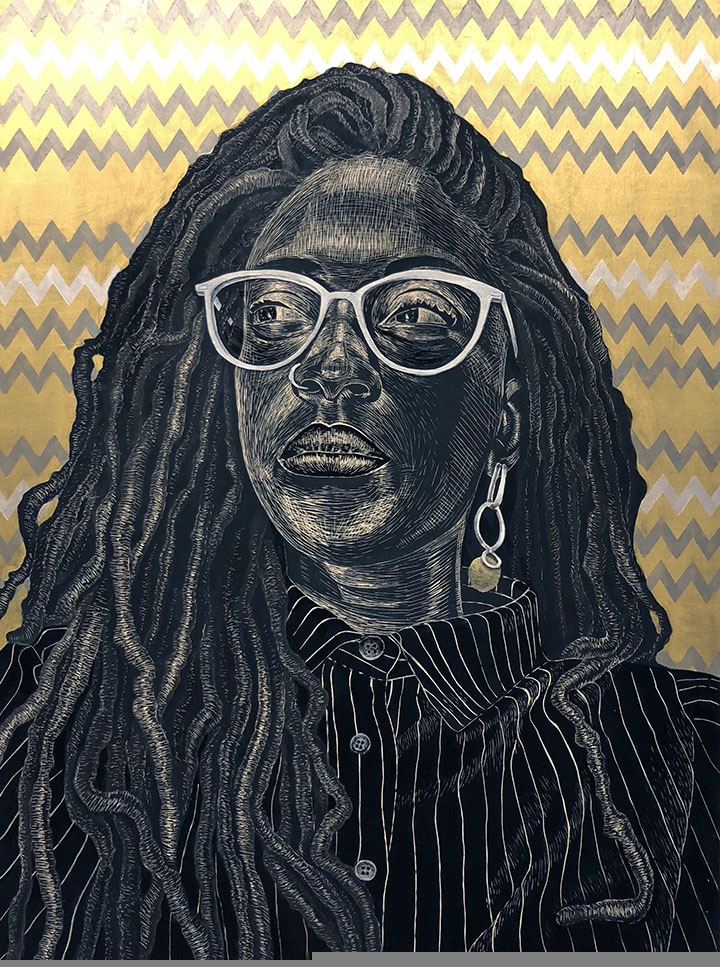 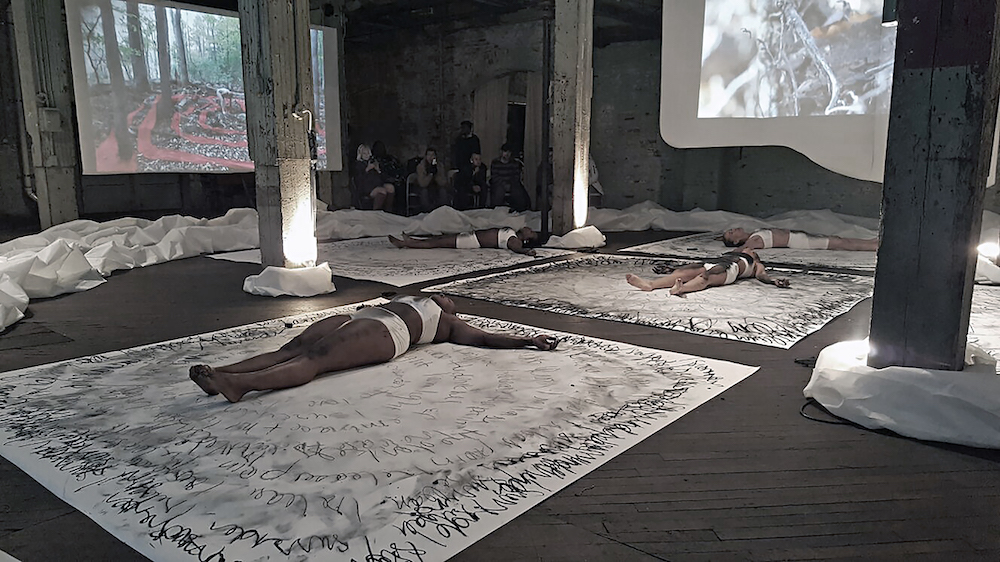 Phylicia has curated numerous exhibitions, events, and public programs centered around issues of identity, healing, and community. She has also exhibited her work in various galleries, museums, and art fairs some of which include The Baltimore Museum of Art, Galerie Myrtis (Baltimore MD), The Egyptian Embassy (Washington, DC), The Margulies Warehouse (Miami, Florida) and Studio Art Centers International (Florence, Italy). In 2008 The Reginald F. Lewis Museum of Maryland African American History & Culture commissioned Phylicia to create a 6×7-foot mixed-media quilt for the museum’s private collection. Phylicia has exhibited and performed recently at Art on the Vine (Martha’s Vineyard, 2018), Young Collectors Contemporary (Memphis, TN, 2019), and The Walters Art Museum as one of seven Janet & Walter Sondheim Artscape Prize Finalists. Phylicia was also named ‘2019 Best of Baltimore’ in the category of Artist. 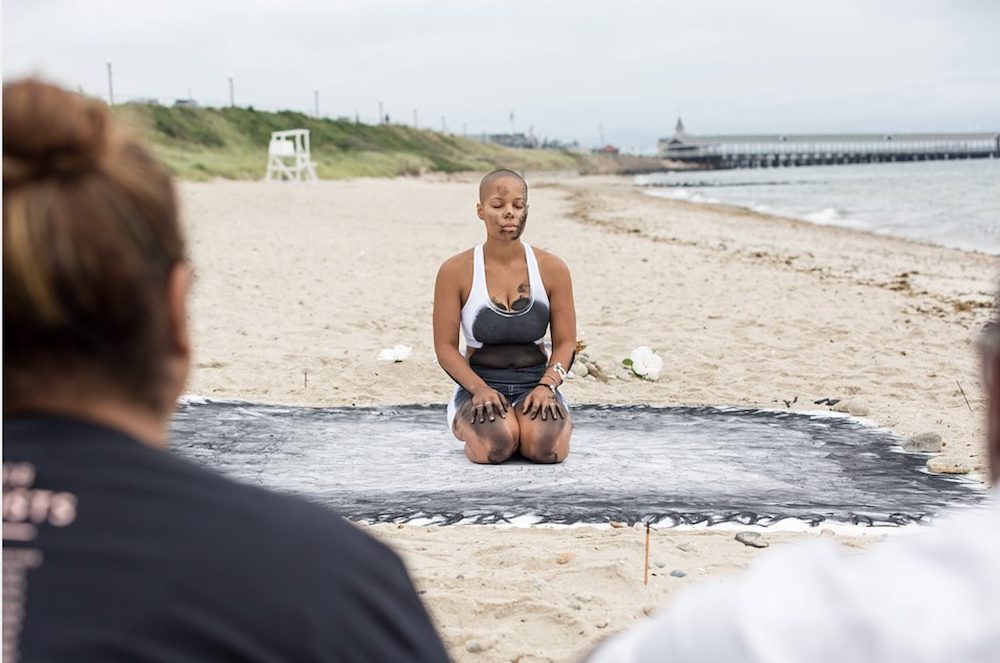 During her professional career, Phylicia has not only taught numerous classes and art-based workshops, but she has also done multiple performances and facilitated various rituals & ceremonies that explore artistic practice as a way to initiate & encourage healing. In 2015, Phylicia served as Resident Healing Artist for a city-wide campaign called the New Day Campaign and in 2017, Ghee received recognition from First Lady Yumi Hogan & the Maryland Behavioral Health Administration for her art and activism in raising awareness on issues surrounding mental health and substance use disorder. Ghee was named ‘2019 Best of Baltimore’ in the category of Artist and 2020 Baker Artist Award Finalist.

Muriel Hasbun’s expertise as an artist and as an educator focuses on issues of cultural identity, migration and memory. Through an intergenerational, transnational and transcultural lens, Hasbun constructs contemporary narratives and establishes a space for dialogue where individual and collective memory spark new questions about identity and place. Her work activates the space across borders, generations and cultural divides, and has become increasingly interdisciplinary and socially engaged. Her commitment to enacting more culturally responsive and equitable sites of dialogue, healing, learning and creativity has grown through her founding and directing Laberinto Projects, a transnational, art, culture and education nonprofit that fosters contemporary art practices, social inclusion and dialogue in El Salvador and its U.S. diaspora.

Hasbun is professor emerita at the GWU Corcoran School of Arts & Design, and visiting artist/distinguished practitioner with the Hartford Art School’s Nomad MFA program. Hasbun will be the Estelle Lebowitz Endowed Visiting Artist at Rutgers University in the fall and her work will be included in “Art for the Future” at Tufts University. Hasbun’s work is represented by RoFa Projects.

strikeWare lives on the line between human and user experience. strikeWare works and plays with VR/AR, time-based media, customized hardware, digital fabrication, interactive media.
Mollye Bendell makes digital and analog sculptures to connect with digital and analog worlds. Her work uses the intangible nature of electronic media as a metaphor for exploring vulnerability, visibility, and longing in a world that can feel isolating. Christopher Kojzar creates interactive art in response to encounters he has with other people when he enters active public spaces and openly engages in artistic practices such as drawing or recording with wearable technology. Jeffrey L. Gangwisch works with the interaction of digital and physical media with a focus on the human figure. His work blends photography, cinematography, animation and new media technologies to create time-based installations and interactive experiences.

More from WYPR (January 2020): In a new exhibit at Carroll Mansion, you can rub chalk dust into the crevices of engraved words, highlighting newspaper coverage of the 1889 graduating class of the first public high school for African Americans in Maryland. Artists Christopher Kojzar and Mollye Bendell, members of the art collective strikeWare, tell us how they’ve presented the history of African-American education in Baltimore in an interactive exhibit titled Renovations.