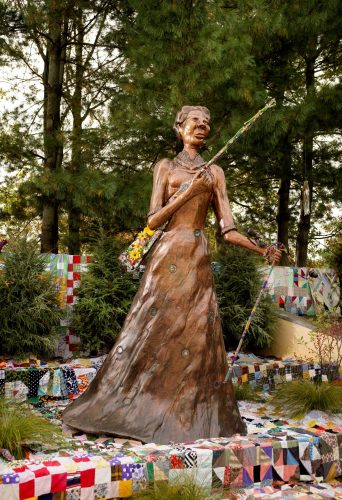 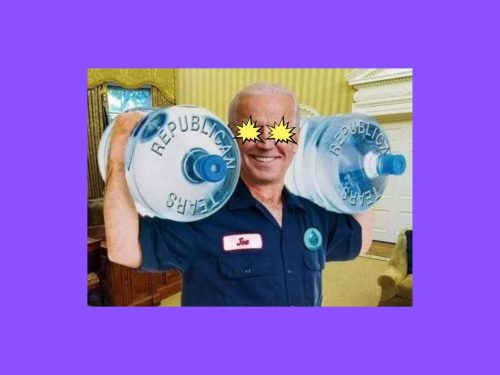 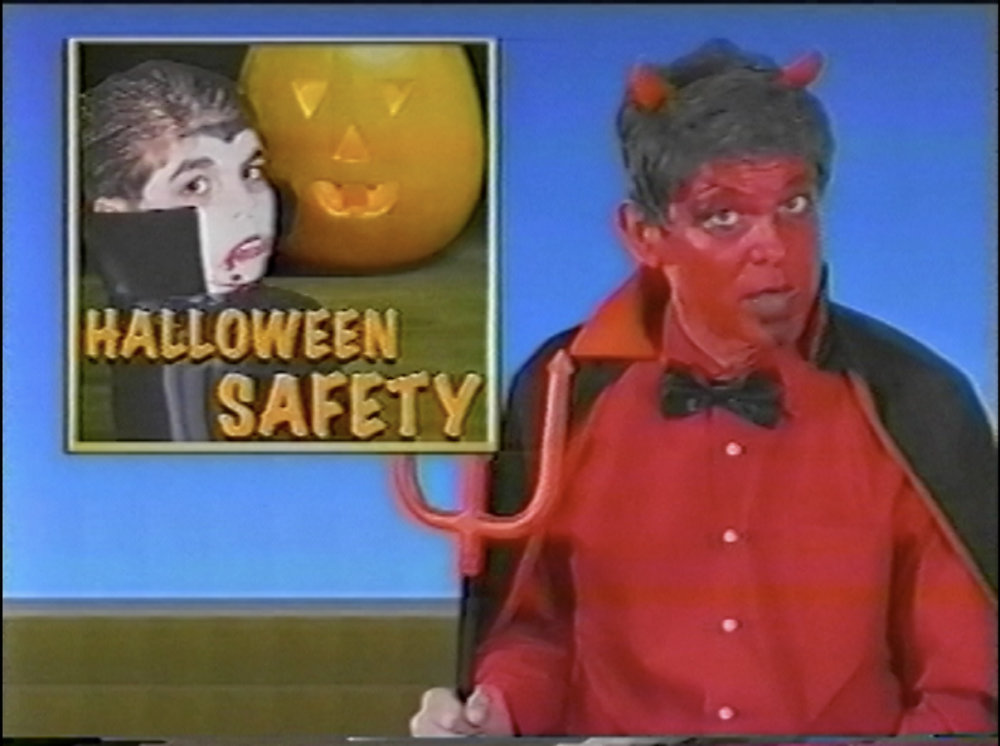 Since the mid-aughts, Baltimore filmmaker Chris LaMartina has churned out a steady stream of wry, laugh-out-loud horror features and shorts, including Call Girl of Cthulhu and What Happens Next Will Scare You, that have earned a dedicated fan base not just in this city but across the country as well.

His most popular feature, WNUF Halloween Special (2013), scored international exposure thanks to a slot on the horror streaming platform Shudder, where it enjoys ongoing success as an annual Halloween go-to for its fans.

Part of the success of WNUF can be attributed to its detailed nostalgia for the VHS culture of the 1980s that sets the stage for the story arc. Set near Halloween 1987, WNUF is a slow-burning, haunted house horror presented as a hodgepodge of clips from local broadcast television news coverage. Framed by commercials and promotional stingers from the titular fictional television station, the narrative delves deep into the era’s satanic panic-fueled cultural obsessions.

LaMartina’s latest feature, Out There Halloween Mega Tape, which screens locally for the first time on August 20, serves as a sequel of sorts. This “found-footage” collection revisits the station WNUF in 1994 and 1996, bringing back a few characters but centering on a fall-from-grace arc of new character Ivy Sparks (played by Melissa LaMartina, Chris’ wife and creative collaborator), a peppy host who loses her talk show and finds herself doing Halloween news coverage of extremely local supernatural esoterica. She is a Scully seeking aliens sans Mulder.

The end result is a slight tone change for LaMartina and the dedicated creative team he has nurtured over the years. Like WNUF, Out There is awash in nostalgia for the era it depicts, and while this veneer makes both films palatable and enjoyable, together the films serve to explore the unsettling transformations of local media at the close of the 20th century.

“I don’t know if I call it a horror movie,” LaMartina says. “It’s really a spiritual sequel, because I wanted this to stand on its own, and there’s something liberating about making something that I don’t think of as a traditional horror movie.”

Millennial tensions are rife in the film, focusing on many subjects particular to ‘90s exploitation television, including alien autopsies, tech cults, and overtly militarized children’s toys. Packaged together, all elements of Out There take on a sinister luster, in part because they tend to feel true to their times.

“The ‘80s were easier for me to recreate because we were further enough removed,” LaMartina says. “Looking at the ‘90s was more difficult, it was tricky to get that voice right and understand through the lens of an adult looking back at my childhood and what government and media was like.”

I think there's something concerning that we don't have that collective experience anymore [with TV and media]. Even truth is now completely individualized—to a detriment.

Out There is LaMartina’s first production crafted during the Covid-19 pandemic. Chris began brainstorming with Melissa in quarantine, beginning with a list of the commercials he wanted to shoot. Spots for extreme sports drinks, soothing music CDs, collectible character dolls, supersoakers. Ads with monsters, from Frankenstein to reactionary senatorial candidates.

“I wanted to make it feel like an ecosystem as much as possible. At Halloween, you always have election coverage, so obviously there are political ads, and now we have this [recurring character] Dandridge running for Senate,” says LaMartina. “It’s the B or C story, but it completes the atmosphere. In the first one, he was running for governor, and if I made a third one, Dandridge would probably be running for president or something.”

The specter of candidate commercials in both WNUF and Out There highlights an especially unsettling truth between the election cycle’s proximity to the holiday most associated with the undead, summoning political underpinnings within the films that might otherwise be lost on viewers focused exclusively on them for the purposes of nostalgia.

“Making these movies has made me very clear about how media has asserted itself, in very potentially destructive ways,” says LaMartina. “If WNUF was about how we consume the media in the 1980s, I think Out There is about how the media started to consume us in the ‘90s.”

For some viewers of WNUF and Out There, LaMartina acknowledges, part of the sentimental appeal is for a broadcast monoculture that no longer exists.

“When we go on social media now, we see a feed that has been cultivated by things we’ve we’ve previously engaged with,” he says. “Back in 1996, we’d turn on the TV in the same city and we’re watching the same things on the same channel, and there was still a collective experience. I think there’s something concerning that we don’t have that collective experience anymore. Even truth is now completely individualized—to a detriment.”

Perhaps no character in the film feels this detriment more acutely than Ivy Sparks, Melissa LaMartina’s talk show host whose growing frustrations are performed with both delight and wrenching pathos as she watches her hopes for a profitable media career fizzle.

“A larger theme of the movie for me is that there were all these little mom-and-pop stations doing things in earnest,” says LaMartina. “Ivy’s part of this exploitative machine. She wants to further her career, and I think we’re talking about some things that I was feeling about my own trajectory as a filmmaker.”

While Ivy Sparks may or may not emerge from Out There—no spoilers here—LaMartina makes it clear he’s learned from her mistakes.

“I had this very powerful moment a couple years back where I realized that making WNUF was the happiest I ever was. I was coming up with an idea and executing it: make a movie on nights and weekends with the people I love on a very limited budget. Why do I have to make a living making movies? Why can’t I just make art when I want to?”

In true DIY fashion, LaMartina has turned to self-distribution for Out There. After a pair of advanced screenings (saving “premieres” for the festival circuit) in Los Angeles and Baltimore, Out There will be available via the film’s website.

“This is really our first time trying to market a film and sell it ourselves, but only because we don’t need a distributor; there’s enough of an audience for these films,” says LaMartina. “I have largely stopped caring about filmmaking as a career, which probably pisses off a lot of people who want to try to get me to that next level for their own benefit.”

The Baltimore advance screening of Out There Halloween Mega Tape begins at 8 p.m. on August 20 at Flagship Cinemas Eastpoint. Doors at 7 p.m., tickets $12 at the door, $10 in advance.

Screenshots from 'Out There Halloween Mega Tape' courtesy of Chris LaMartina