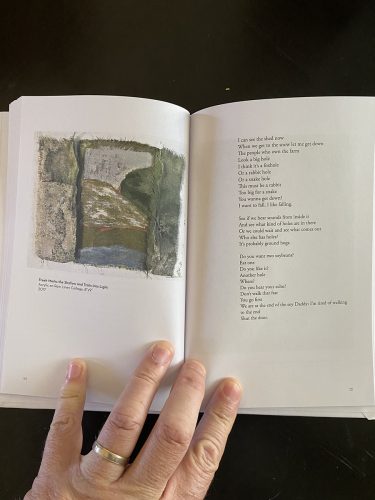 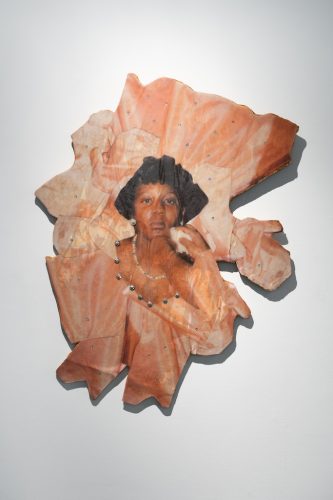 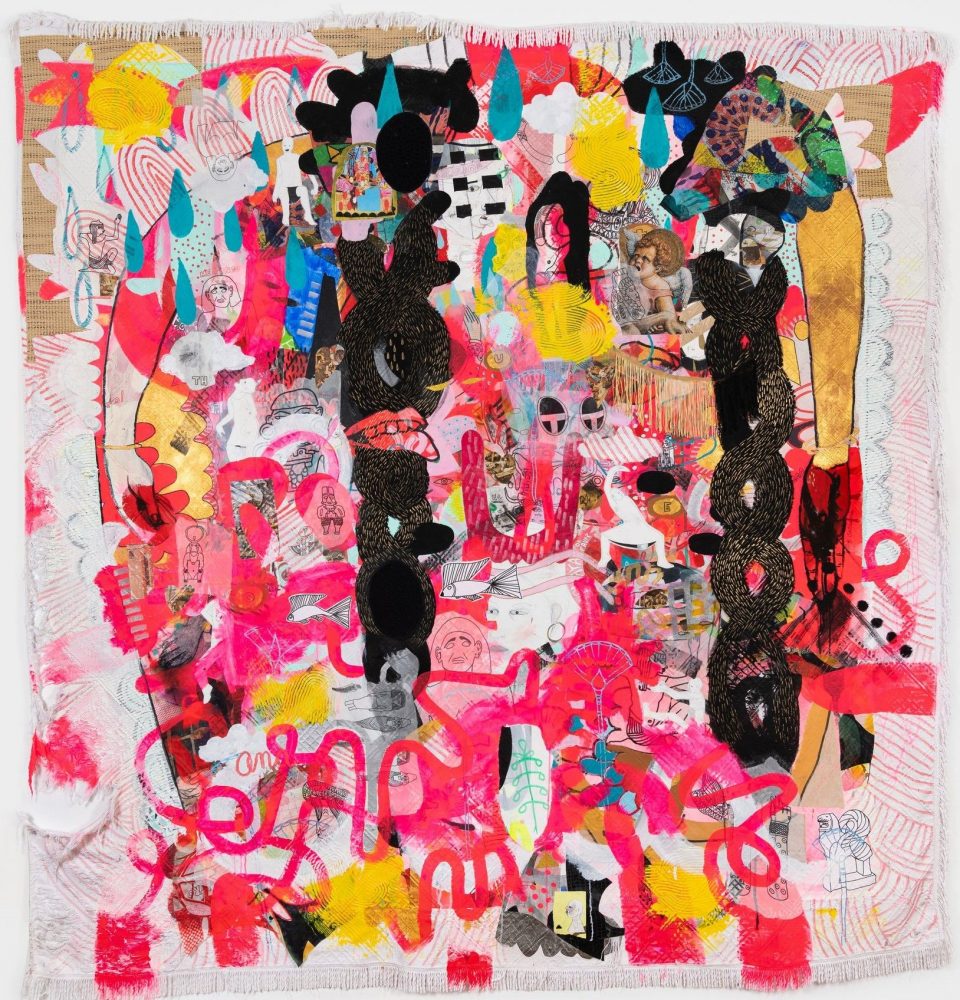 BMA Announces Acquisition of More Than 150 Artworks For Its Encyclopedic Collection
Press Release: The Baltimore Museum of Art (BMA) announced today that it has acquired, through purchase and gift, 162 works of art, capturing a wide range of artistic perspectives and innovations. The latest group of acquisitions highlights the museum’s expanded efforts to close critical gaps across the full range of its collection departments. This work emphasizes both historic and contemporary omissions and focuses on revealing the fuller spectrum of voices and practices that have shaped the development of art across time, culture, and geography. The new acquisitions also continue the BMA’s work to support Baltimore-based and -affiliated artists at pivotal moments in their careers.

The acquisitions also include several gifts of collections and groups of works, including 27 examples of Rutherford B. Hayes Presidential pattern china from Jonathan Kolker and Frederica Kolker Saxon, given in memory of their parents. The pattern was designed by Theodore Russell Davis (1840-1894) between 1879-80 and produced by Haviland and Co. in Limoges, France, first for the White House and then for public acquisition from 1880-1886. The Enamel Arts Foundation, an organization founded by Harold Nelson and Bernard Jazzar in 2007 to further scholarship and public awareness of 20th- and 21st-century American enamel arts, gifted the museum 17 objects by important art and design voices such as Harold B. Helwig, Juan Esteban Perez, June Schwarcz, and Jade Snow Wong. Additionally, a significant promised gift from long-time BMA supporters Norman and Lorraine Rocklin comprises three major Modernist works: Woman with a Cat (1964) by Pablo Picasso, Bronzino Young Man (1985) by Grace Hartigan, and Blue Violin (1986) by Susan Rothenberg.

Excerpt: The Baltimore Museum of Art has acquired 162 works representing a wide range of perspectives and innovations.

According to the museum, the acquisitions came by gift and purchase between July and December of 2022 and reflect efforts by curators to diversify the range of voices, narratives and art forms in the BMA’s permanent collection.

They also help close gaps in the museum’s holdings, in both terms of its historic and contemporary works, and continue the museums’ efforts to support artists with ties to Baltimore. In at least nine cases, an artist’s work is being added to the museum’s collection for the first time.

Excerpt: On my way to the Current Space to attend a Q&A for the unveiling of a new public art project initiated by Market Center CDC, I am lost.

As I negotiate rush hour traffic in my old Reeboks, too stubborn to look up directions, I suddenly spot Takia Ross’s stunning “Concrete Beauty” mural on the corner of Saratoga and North Howard Street. It is a lush portrait of a woman who seems to float above a sea of roses, some of which adorn her hair. It brings a much-needed breath of life to the gray misty night.

Excerpt: The Academy Museum of Motion Pictures in Los Angeles this week disclosed the dates and details for its major retrospective of the career of Baltimore writer and filmmaker John Waters, an exhibit that has been in the works for months but was never officially announced.n>

“John Waters: The Pope of Trash,” the first comprehensive exhibition dedicated to the artist’s contributions to cinema, will be on view from Sept. 17, 2023 to Aug. 4, 2024, the museum said yesterday.

The day after the exhibit opens, on Monday, Sept. 18, Waters is scheduled to receive a star on the Hollywood Walk of Fame. The Hollywood Chamber of Commerce, which administers the Walk of Fame, announced last June that Waters was selected as part of its “Class of 2023,” in the motion pictures category.

The Dish: In Baltimore, restaurants are closing faster than they’re opening
by Christina Tkacik
Published January 18 in The Baltimore Banner

Excerpt: It seems like each week there is an exciting new restaurant opening in Baltimore, whether it’s the Ash Bar at the Hotel Ulysses or Ammoora, which just arrived to the Ritz-Carlton Residences.

But all the buzz can make it hard to see that in some ways, Baltimore’s dining scene is in trouble.

Excerpt: Every year Washington Writers’ Publishing House, a literary co-op based in D.C., holds contests for residents of Maryland, Virginia, and Washington, D.C., selecting manuscripts in the categories of fiction, creative nonfiction, and poetry for publication. In 2022, The Jean Feldman Poetry Prize was awarded to Baltimore’s Anthony Moll for their debut collection, You Cannot Save Here.

Growing out of the tradition of apocalyptic verse, Moll’s poems are rife with imagery that is at once familiar and unsettling. Their observations of alienation and collapse are juxtaposed with moments of intense intimacy, and the pervasive sense of doom is tempered by the beauty and power of the poems themselves. Though these poems show us the many ways in which our world verges on collapse, they also show the possibilities that may rise from the ashes.

Excerpt: Architectural Digest magazine listed Baltimore on its top 23 places to travel in 2023.

Each year the magazine compiles recommendations for cities that offer aesthetically pleasing buildings and spaces, particularly for their architecture and design.

International cities such as Paris, Amsterdam, Cape Town, and Mykonos made the list. Baltimore was one of the three U.S. cities listed, with a focus on some historic spots in the Mt. Vernon neighborhood.

Excerpt: Last August, many attendees of the Asia Collective Night Market at the Howard County Fairgrounds—who showed up to get their fill of eats from vendors like NiHao, Ekiben, and Mayuree Thai Tavern—were forced to leave on an empty stomach, due to over-capacity crowds and long wait times. Some ticket holders didn’t even make it to the event’s entrance, on account of a lack of parking and traffic that backed up I-70 for miles.

Now, the organizers with F2 Entertainment are planning to remedy those mistakes with a new festival in Baltimore set for this weekend.

Taking over West Shore Park January 21-22, the Lunar Night Cultural Festival—planned in conjunction with Waterfront Partnership—will celebrate the Chinese Lunar New Year with an array of AAPI (Asian American Pacific Islander) food vendors, art showcases, and performances. Access to food and shopping vendors is free, and admission to cultural “zones” that will host live performances at different entry times throughout the weekend range from $10-15.

Remember ‘The City That Reads’? What story does Baltimore want to tell with its city slogans?
by Clara Longo de Freitas
Published January 17 in The Baltimore Banner

Excerpt: Look closely at the lime green wood bench at Fawn and Albemarle Streets and see the faint remnants of an old slogan —The Greatest City in America — still painted on it.

The moniker was on thousands of benches as part of a city campaign in the early 2000s, and years later the words have become iconic — often featured as part of Baltimore-inspired art.

“The Greatest City in America” is one of a string of nicknames, taglines and slogans Baltimore officials have adopted over the decades. They typically spoke to the vision of the time and were often used to counteract negative perceptions of a city often hammered by outsiders for its socioeconomic issues. Usually these slogans were part of an advertising and branding campaign. The benches, for example, were requested by former Mayor Martin O’Malley, who felt the city suffered from “pathological modesty.”