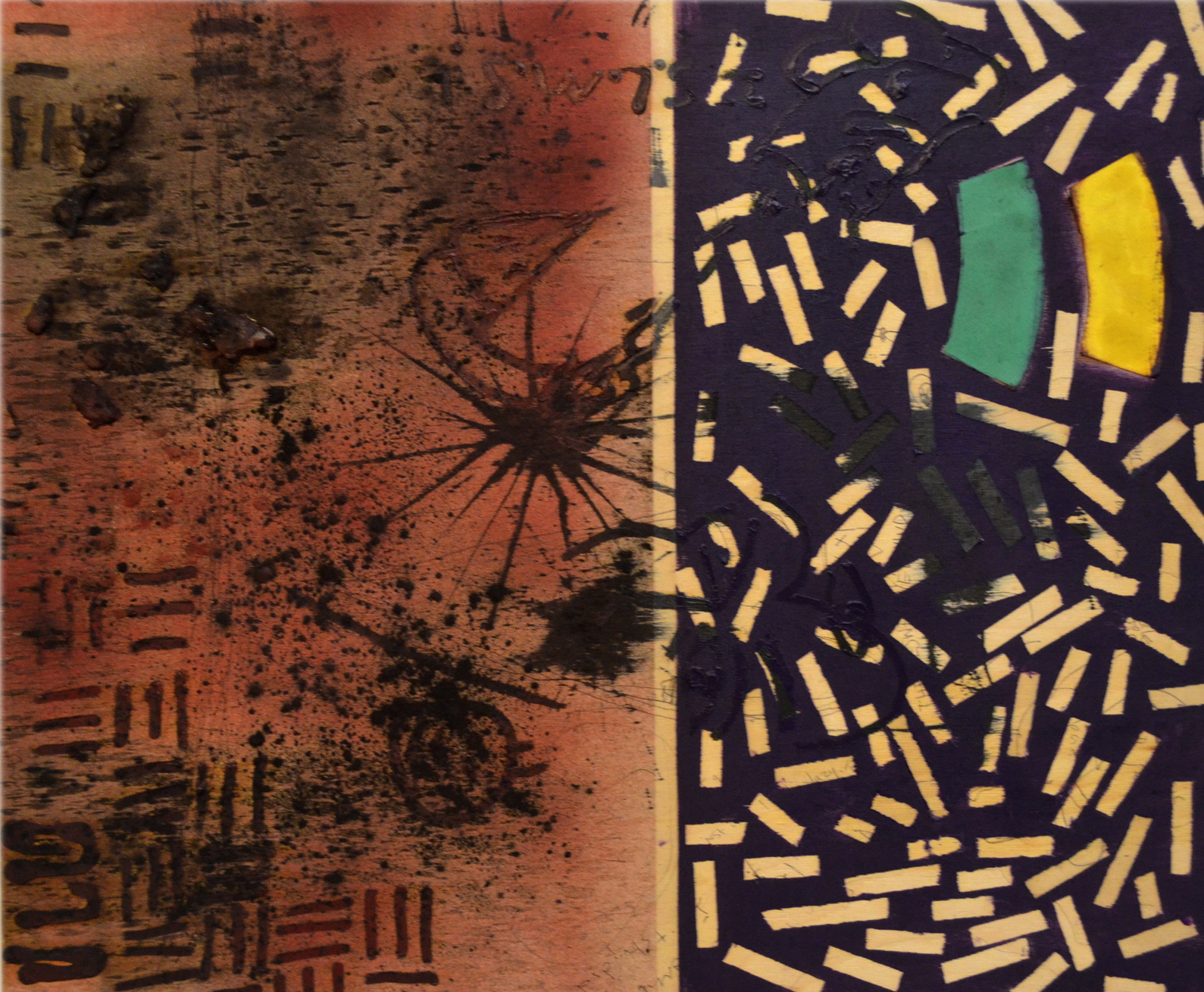 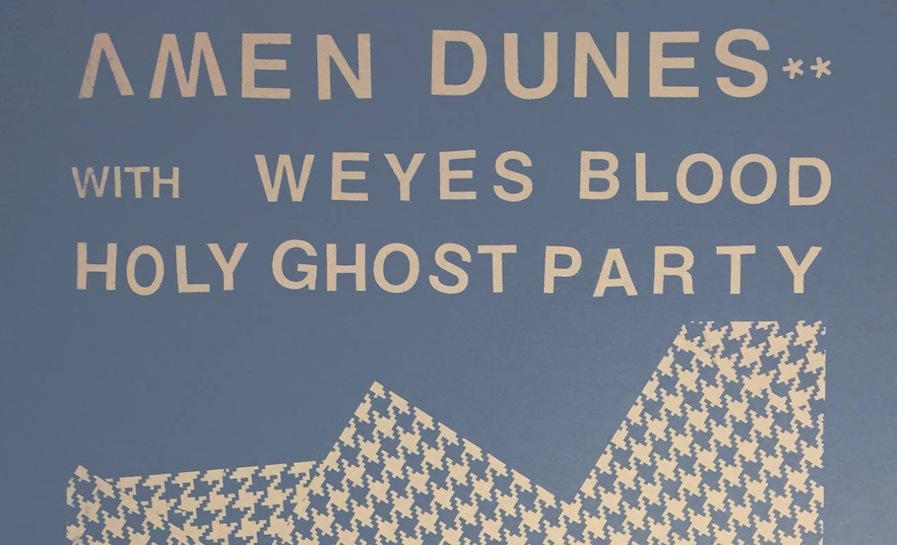 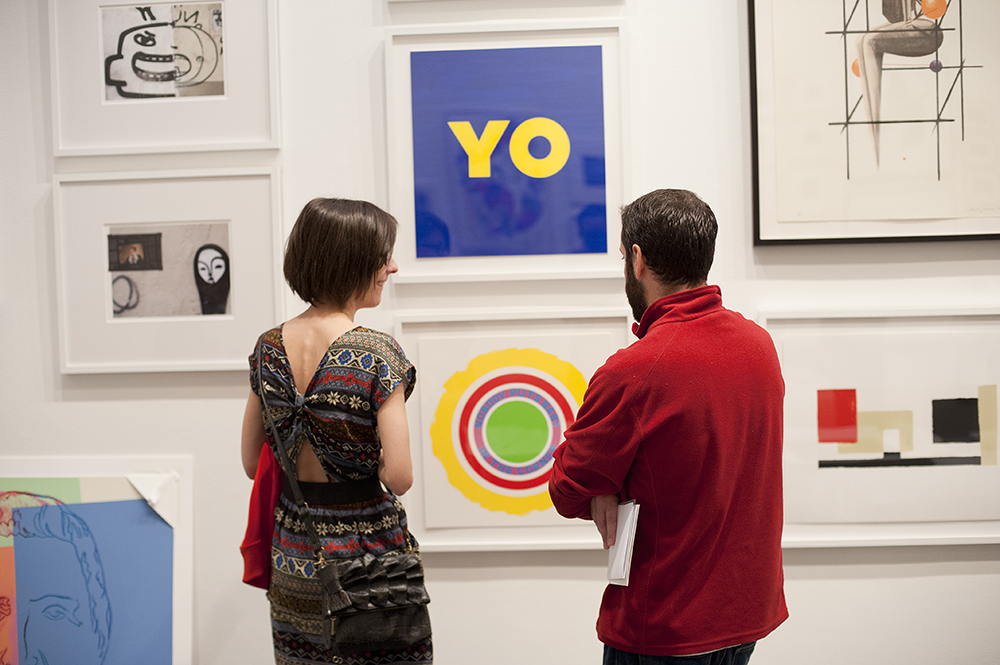 One of the nation’s oldest art fairs reigns not in New York, but right here in Baltimore, and it will be returning for its 25th year on March 28 and 29.

The Baltimore Museum of Art’s biennial Baltimore Contemporary Print Fair has been a fixture of the city’s art scene for over two decades. The two-day event will bring vendors from around the country to showcase the latest in limited editions, single prints, portfolios, photographs, and drawings, all of which will be available for purchase. In addition to vendor booths, the fair will offer informal talks by artists, vendors, and curators about contemporary art and printmaking techniques, giving visitors a chance to further explore the craft.

Founded in 1990 by current Chief Curator Jay Fisher and former curator Jan Howard, the Print Fair began as an outlet to encourage the Baltimore community to collect contemporary print works and to raise funds for the BMA’s collection of contemporary works on paper. Before the Print Fair, local collectors could purchase or rent artworks from a Sales and Rental Gallery in the BMA, where New York galleries would display work for sale. Fisher and Howard created the fair as a solution to the gallery’s closure, preserving the museum’s connection to printmakers and local collectors. Today, the BMA Print Fair sets itself apart from the many thousands of other art fairs through its focus on contemporary prints and museum sponsorship. Fair Co-Director Benjamin Levy notes how vendors have the opportunity to exhibit their work in large museum gallery spaces. “We have prioritized inviting publishers, workshops, and galleries who are closest to the artists, so that when you visit the fair the people standing behind the tables most likely worked with the artists and some might be the artists themselves.”

When comparing the Print Fair to others he has participated in, gallery principle Scot Speh of Western Exhibitions claims that the BMA’s involvement creates an environment where “scholarship and connoisseurship are paramount. It feels, for lack of a better word, classy.” The Chicago-based gallery will be one of the over twenty vendors attending the event, and will feature prints from an assortment of conceptually-minded artists such as Stan Shellabarger and Elijah Burgher.

Owner Joni Weyl of New York gallery Gemini G.E.L. at Joni Moisant Weyl has participated in the Print Fair since 1999. “We continue to participate because of Baltimore’s vibrant print community, the intelligent and active collectors (both veterans and novices), and the invaluable support from the museum and its’ members,” she explained in an email.

Gemini G.E.L. at Joni Moisant Weyl will return this year to display Robert Rauschenberg’s Test Stone 1 (1967), the very first print they published with the artist, and Richard Serra’s Reversals (2015), a series of 10 paintstik editions and Gemini’s most recent publication. In addition to these prints, the gallery will exhibit a collection of works by world renowned artists John Baldessari, David Hockney, Jasper Johns, Ellsworth Kelly, Roy Lichtenstein, and Ed Ruscha, to name a few.

Unlike Gemini G.E.L., this year will be rural New Hampshire-based Wingate Studio’s first at the Print Fair. Wingate sets itself apart from other print studios and vendors by focusing primarily on intaglio etching. “Even though we work with lots of color and on a fairly large scale, when needed we really try to stay with the most traditional etching techniques,” Founding Director Peter Pettengill explains.

By displaying a wide selection of artists’ work offered at various price ranges, the Baltimore Contemporary Print Fair keeps works accessible to first-time collectors. With their bold designs and reasonable prices, prints are seen as a simple entryway into art collecting.

Executive Director and Curator Amy Eva Raehse of Baltimore-based Goya Contemporary and Goya-Girl Press extols the benefits of print collecting. “Living with art is a transformative experience that enriches one’s life and one’s understanding of our world,” says Raehse. “More than anything, one should look at art not only as an investment, but as something that provides long-term fulfillment and intellectual stimulation.”

Prints are not only affordable, but also offer a unique sense of community not otherwise seen in the art world. Co-director Levy notes, “In addition to the community that is involved with the making of the work, the fact that [prints] are most often multiples means there is another community created with collectors. You and I might both have an impression of a print, and we both love it for different reasons but we have this shared interest and connection with each other.”

He attributes the Print Fair’s ongoing success to its contemporary focus and select group of vendors. “We make a concerted effort to rotate exhibitors so that there are always new faces and new work for visitors.”

Although the Print Fair itself is only two days long, it includes a variety of activities from Thursday through Sunday, opening with a talk by acclaimed painter and print artist Amy Cutler at 7PM on Thursday, March 26. Cutler, who works in lithography and etching, says she has found printmaking to be “a very liberating process. I am always surprised by the flexibility and intuitive nature of working on a print.” She also cites the collaborative process of working with master printers as a positive way to “get away my studio and work with people that are so enthusiastic and knowledgeable.” Events will also include a lecture by former BMA curator Jan Howard and an Artist & Editions award ceremony on March 28.

In addition to the Print Fair, the BMA partnered with local art collective and gallery Open Space to present Print City, a festival celebrating the local art scene and its relationship to print and printed works. Print City events will include gallery exhibitions, studio tours, workshops, lectures and online coverage, and will be centered around the Baltimore Contemporary Print Fair and Open Space’s Sixth Annual Publications and Multiples Fair. Print City will give visitors an opportunity to explore Baltimore’s printmaking scene throughout the weekend in addition to the BMA’s fair.

The Baltimore Contemporary Print Fair will be held from Saturday, March 28, from 11AM to 6PM to Sunday, March 29, from 12 to 6PM. Tickets cost $10 for a one-day pass, $15 for a two-day pass, and are free for students, teachers, and BMA members. Tickets can be purchased at the BMA Box Office. Proceeds will go to towards contemporary acquisitions or the BMA’s collection of works on paper. For more information on the Baltimore Contemporary Print Fair as well as a full schedule of events, visit www.artbma.org. For more information on Print City events, visit http://www.baltimoreprintcity.com/.

Author Madeline Wheeler is a Baltimore-based writer from San Francisco enamored with ALLOVERSTREET and art documentaries. When she is not secluded to her apartment writing, she can be found dancing at The Crown or finding the latest pho place.

Photos courtesy of the BMA.