The Last Senior Thesis Exhibit at the Corcoran 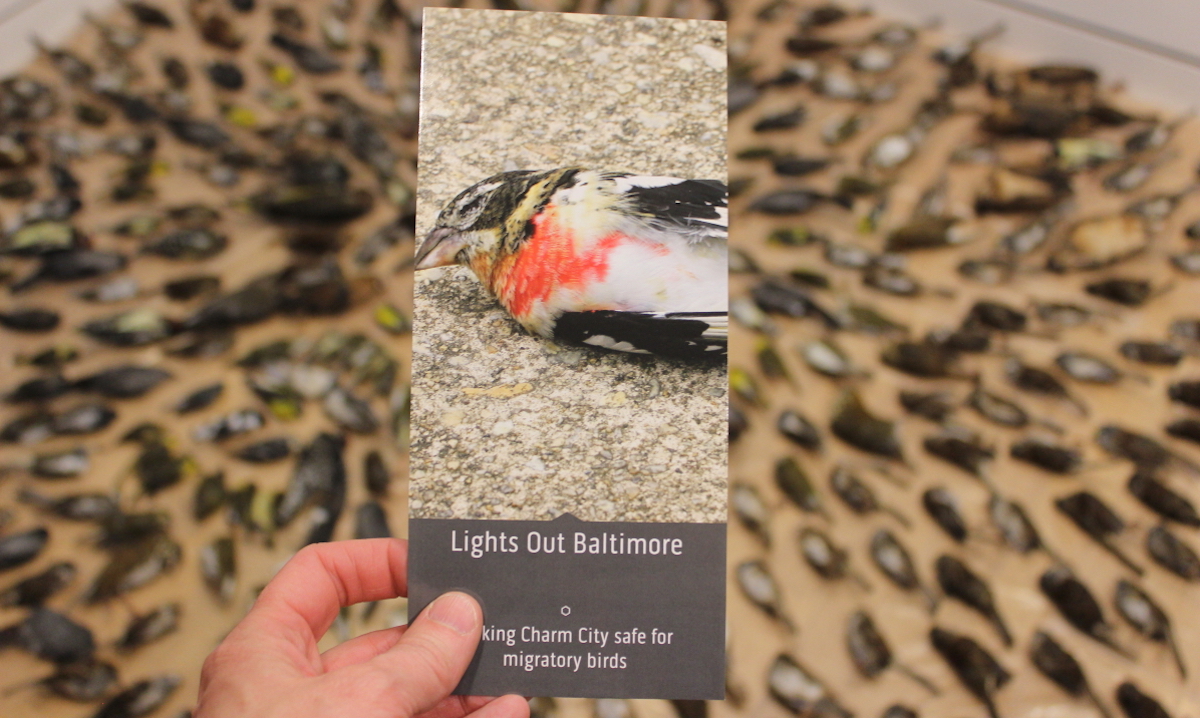 Visual Art
The Last Senior Thesis Exhibit at the Corcoran

Michael Dax Iacovone on 2015 Senior Thesis Projects at the Corcoran

NEXT is the annual senior thesis exhibit at the Corcoran College of Art, which opened on Wednesday April 8th. You might expect to walk in to the exhibit and witness the last projects of disgruntled displaced students in a building recently stripped of its historic soul. But if these students are dissatisfied with their recent plight, they’re too professional to air their grievances at this event. The front doors of the building were open for the first time in months, and the general public was let into the gallery for the first time since the historic collection was packed up and sent into storage.

Eliot Hicks’ “Versus” stands out as a well conceived, albeit prefabricated, set of aluminum bleachers facing an empty wall that used to contain a painting of George Washington from the defunct Corcoran’s collection. Spending four years in art school learning how to create and then presenting a set of prefabricated bleachers as a thesis is a bold move that pays off for Hicks. He highlights the spectacle of art by presenting a vantage point for the viewer to look from.

Hicks explains the impetus for his piece with a surprising interest in NASCAR, in an attempt to relate to family history. Hicks explains “I spent about a year and half attending multiple motor sports phenomena, like Formula 1 and NASCAR, to get more than just a broadcasted perspective of these events. From being so immersed within this culture, it was my devotion to the sport and desire to watch that spawned the interest in the viewer. I wanted to make something that confronted the viewer, and bleachers served as a sculptural way of addressing spectatorship.”

Katherine Plourde’s “Tidal” is an animated projection that demands attention, but the time based media doesn’t contain a storyline, rather it reads as an evolving ephemeral painting. Visually it references landscapes and water scenes, yet they lack the specificity for the viewer to connect to a known location. Instead of the viewer is free to associate with their own memories, while also connecting with Plourde’s memories of the Oregon coast. Plourde explains “The images of this place have stuck with me and I have a very strong emotional connection to them. I believe that everyone has a place like this that they carry with them always, no matter where they are in the world. I wanted to create an immersive, dreamlike environment for the viewer. I wanted them to feel as though they were seeing memories and not direct representations.”

Ashley VanGemeren’s “Fluidity and Flexibility: A Story of Healing” paintings on plexiglas are comprised from a dizzying list of materials including, but not limited to, acrylic paint, silicone caulking, liquid latex, aloe lubricant, hair conditioner, facial serums, T-shirts, bottle caps, and baby powder. At first glance, the paintings seem like straight abstract expressionimt, but closer views reveal that they are active swirls serving as a catalyst for her ideas as she states, “I’m interested in exploring each substance, their potentials and limitations as a means to exploring the materiality of my difficult, intense experience undergoing treatment for bulimia.”

Whitney Waller’s installation “Dasein” straddles a precarious line between inside and out. She erected two parallel walls of a room, while creating a floor and ceiling out of branches and leaves. The intent and ultimate success of the piece is based on the viewers corporeality within the space. There are oddities within the installation, a taxidermied bobcat and a human head with antlers, that if they were taken on their own would obfuscate Waller’s overall ideas, but within the context of the room, they alienate the viewer into uneasy tension and awareness.

Waller explains “We try very hard to create barriers between ourselves and the natural world. We insulate, seal up all the nooks and crannies, filter and condition the air, and pretend that the wild and the microbial don’t have access to our interior spaces every time we open the door. At the same time we romanticize nature and allow it in our homes through synthetic copies or chemically preserved forms. I perceive existence as a massive conflation of all these elements, so I employed surreal tactics to illustrate the overlap between the natural and synthetic, domestic and wild, inside and out.”

The NEXT thesis exhibit is the best I’ve seen from the Corcoran seniors in years. It’s a testament to the quality of students that come out of the Corcoran, and it might also be the swansong of a great institution. For the first time ever, the seniors exhibited in the spaces of the historic collection. Maybe this was pragmatic by design, or maybe this was a reward for the turmoil they’ve endured all year. Those hallowed rooms were free due to decades of mismanagement and the demise of an institution.

“After a few months of hectic uncertainty, it is incredibly relieving and rewarding to see our works exhibited where they should be: the Corcoran Gallery,” wrote exhibiting artist Ashley VanGemeren. “This is what it’s all about. This is why we do what we do, this is how we do it, and this is why maintaining all the things that make the Corcoran the Corcoran are so important. We fought for this to happen, and to see it all come together makes all the stress and the worry worth it in the end.”

“Having the senior thesis show exhibited in the space where the permanent collection used to be is surreal,” continued VanGemeren. “There’s so much history breathing behind these walls, and that history is what’s supporting our work. We are grounded into the history that remains and will always be no matter what.”

“Showing the work in that space, in the Corcoran Gallery was really important for me as well,” added exhibiting senior Katherine Plourde. “It was an honor to show in the galleries where so many great works of art had been before. The piece is not only about the inevitability of change but also that you can adapt to the change and make it into a positive experience. Beautiful things can come from adversity and challenges. For me that was incredibly evident last night during the opening – that even though everyone at the Corcoran faced quite a bit of change this year, we all created something truly spectacular and very uniquely Corcoran.”