An Historic Accumulation of Earth 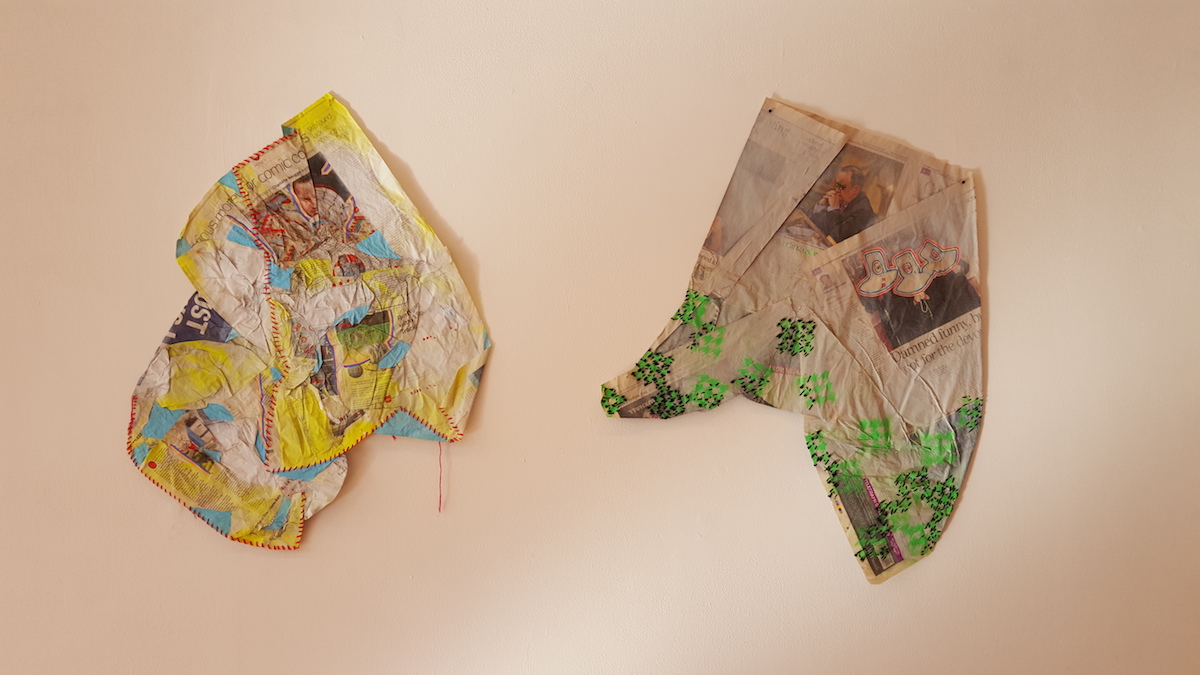 Food & Drink
What is Discoverable 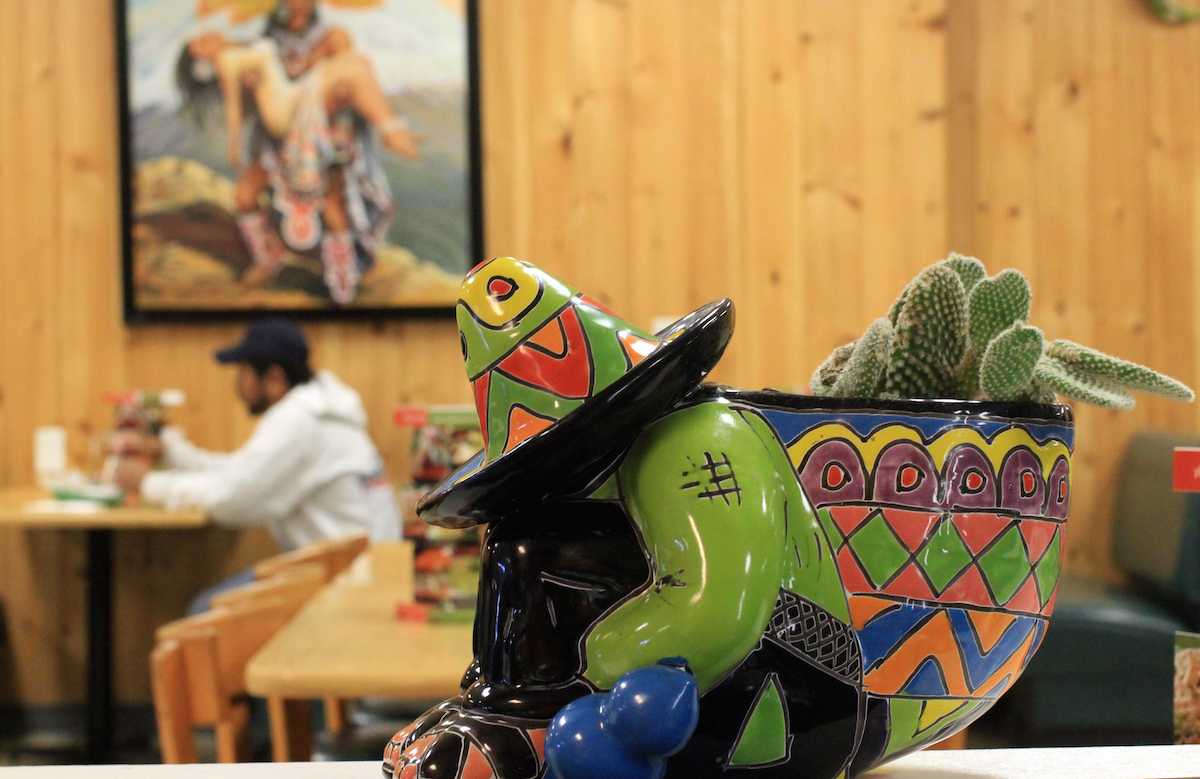 I used to complain that there was no Mexican food in Baltimore. I would moan about how my Sunday cravings of chips and salsa went unanswered due simply to a lack of access. Not only was this kind of pathetic and whiny, it was also just plain wrong. In my own defense, I grew up in Texas where there is a Tex-Mex restaurant on every corner, and Mexican culture is an integral part of the food landscape and has been for generations. So comparatively, well, there is definitely a lot less here than what I grew up knowing to be normal. But in every place I’ve lived since Texas, I’ve lamented the lack of Mexican food. Now I’m thinking it was maybe there all along, hidden somewhere in each city, that I  just didn’t look hard enough. I was reminded of this again last week as Chris and I ate at Guacamole Mexican Cuisine. Situated in what it is a semblance of a strip mall in the middle of the Patapsco Flea Market parking lot, Guacamole is decidedly unassuming. You can see the remnants of the lettering for “Cinco de Mayo VI” and nothing about the exterior really draws you in per se. Frankly, it seemed kind of intimidating when we pulled up. Maybe it was the pouring rain that afternoon, but I could see why, without a bit of determination, you might just drive by Guacamole, writing it off as an odd somewhat gray-looking hole-in-the-wall. But then we walked in, and I was slapped in the face with that old cliche about glitter and gold, or however that goes. The restaurant was huge and filled bright, bold colors. It was a Thursday lunch hour and nearly empty; on one end of the dining room a television played Paternity Court, and on the other end a Mexican soap opera. Half the restaurant was painted a bright green, that same tropical green (I think) from Tijuana Tacos 3‘s ceiling.

There was a poster of Emiliano Zapata, a leader in the Mexican Revolution from the early 20th century. Considered a martyr who stood up for land reform, Zapata is one of the most revered Mexican national heroes. The poster intrigued me… What was the owner’s story? This was clearly not a Latin fusion spot with a dash of El Salvador and pinch of Tex Mex. This place knew itself, and it was Mexican, and I loved that. We sat down in a comfy booth, and our server, a sweet young woman who didn’t speak much English, brought us the complimentary chips and salsa. The tortillas chips were the thick kind, a bit greasy but crisp and delicious. We executed the routine we’ve been honing for some time now: Chris gets the tacos, and I get the wild card.

I ordered the chilaquiles, a dish from central Mexico that is a more sophisticated, creative version of nachos. Tortilla chips are topped with grilled meat, a generous pouring of sauce (I opted for salsa verde), fresh cheese, a little sour cream and fried eggs. And of course we ordered guacamole. Because – Guacamole. The guacamole came in a substantial bowl in the shape of a pig. Based on presentation and flavor, it completely deserved the namesake. Well-seasoned, it was heavy handed with lime, which I adore. Every hand should be heavy when it comes to lime. Chris’s tacos were the authentic Mexican variety – corn tortilla, grilled meat, onions and cilantro, with a wedge of lime. They were fantastic. The tortillas are made in house and you could tell. They were warm, soft, with that lovely masa texture.

As the fried eggs may have indicated, chilaquiles are typically eaten at breakfast or brunch. As the photo indicates, this dish is brilliant. It is also a combination of all my nacho dreams being realized, all at once, nearly overwhelming me. The salsa verde was pleasantly tangy and perfectly laced with lime. The grilled chicken was intensely flavorful, not having been forgotten in the mix under the tasty sauce.

The surprising thing about this dish was that the chips didn’t collapse into a soggy mess underneath the weight of the sauce but instead remained crisp and crunchy, thankfullly. Add a perfectly runny egg to the top and you’re looking at what now may be my go-to brunch item. I love these hidden places. They feed the sense of curiosity, reminding me that there are layers to a city, unknown nooks and crannies in the places we live, and our search to discover them is only as thrilling as we make it. It’s in those corners where our assumptions get brilliantly smashed – assumptions about the identity of our community, about our own ability to still experience awe in a place we’ve lived for years.

We have such a fixed view of our places, don’t we? We make assumptions: “It has this. It doesn’t have that. It’s about all this stuff that I wear on my sleeve.” We make decisions about its persona and our perception of it, often without even really discovering those things for ourselves.

What is discoverable is so often what is right in front of us if we choose to look. And just knowing that is a relief. Chris Attenborough and I have gone around for this column with the intention to eat in the places we hadn’t eaten before, and we learned about little gems in every spot. The best guacamole, the greatest tortillas, the ideal tacos. And I wonder: What have you not found? What do you crave? Do you need a vacation? Do you need to be uncomfortable – to remember what it feels like to not speak the language or even know quite what you’re ordering? Because that’s a part of it – the discomfort, the not knowing. It nails you and surprises you and thrills you. Or maybe that’s just me.

Guacamole Mexican Cuisine sits in the parking lot of a flea market. How had I not known of this? How had I not visited? I love flea markets. I love the weird smells they release into the world. I love the raucous noise and the strange things for sale. There is a small discovery at every place, and Guacamole has offered perhaps the most to me. Inside its doors, within its kitchen, underneath all that salsa verde, and even in its parking lot.

The next time you’re bored with all your regular spots and all the hype and trends and chatter, google “Mexican Food Baltimore”, and let me know what you find. It will definitely be something worth finding.