The Re-Education of C. Harvey 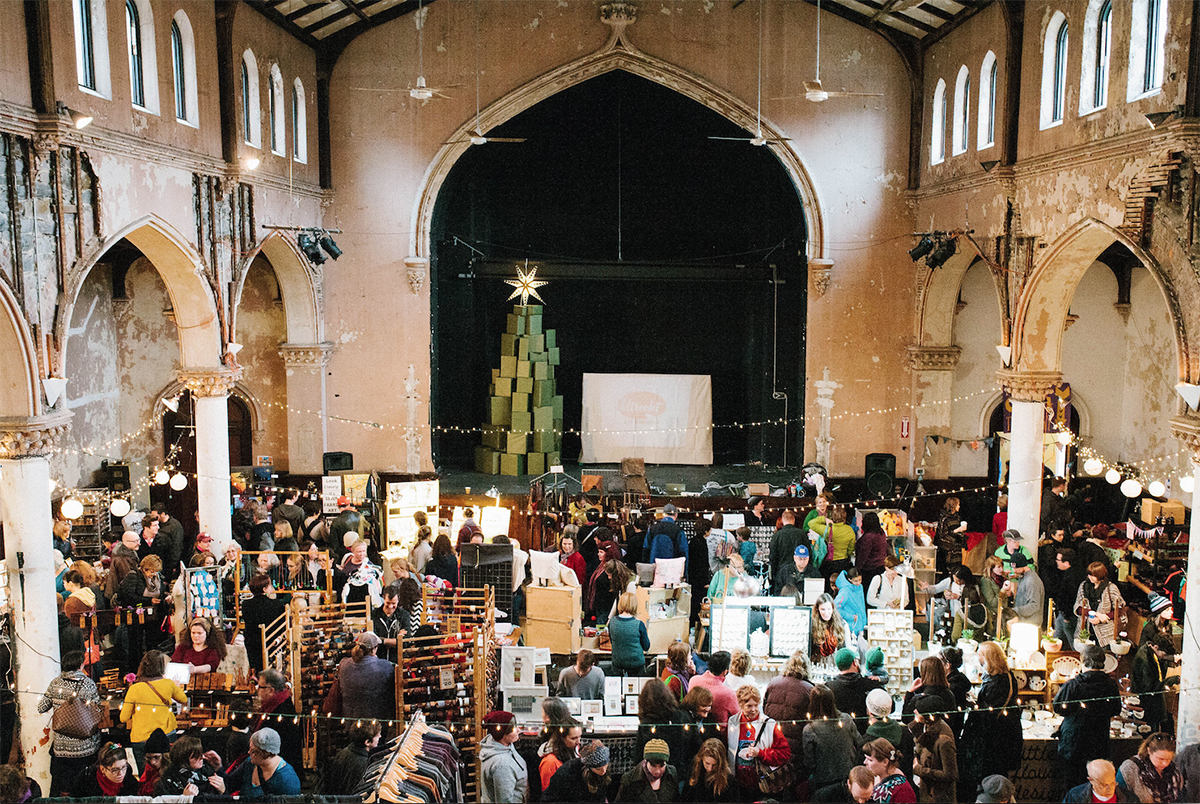 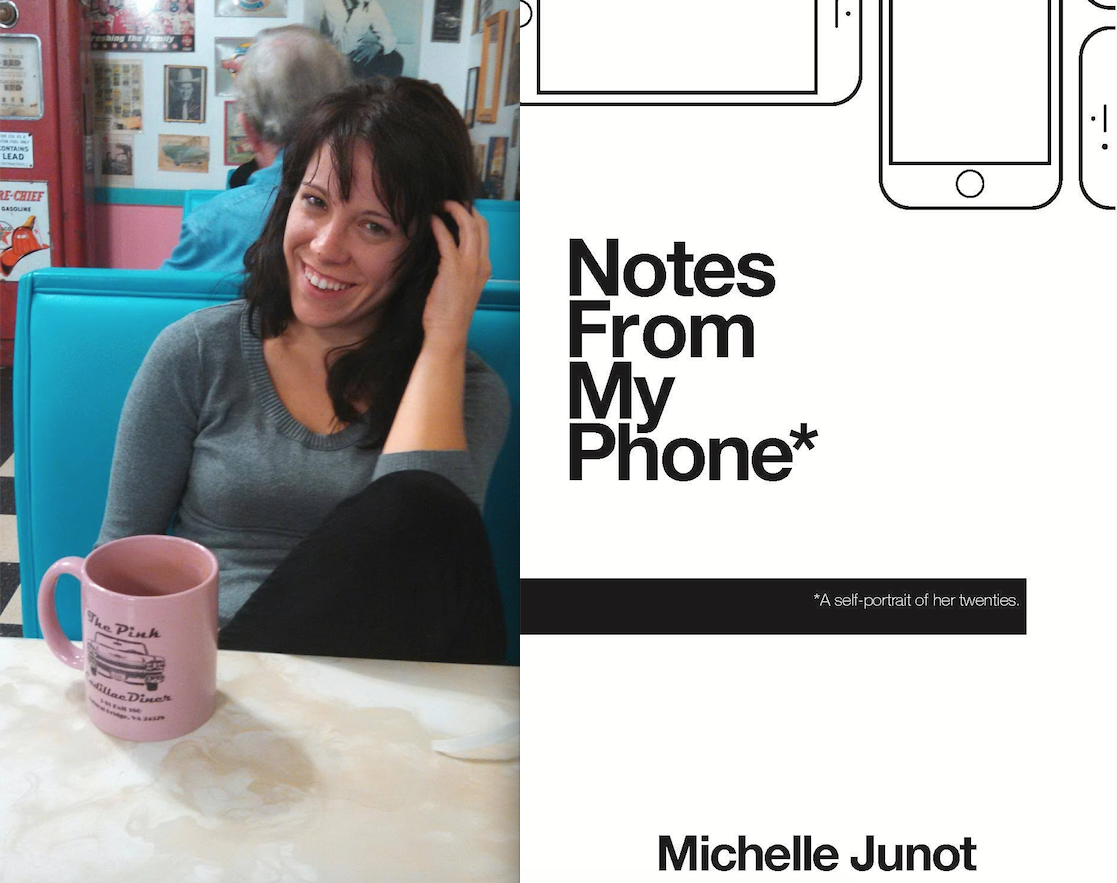 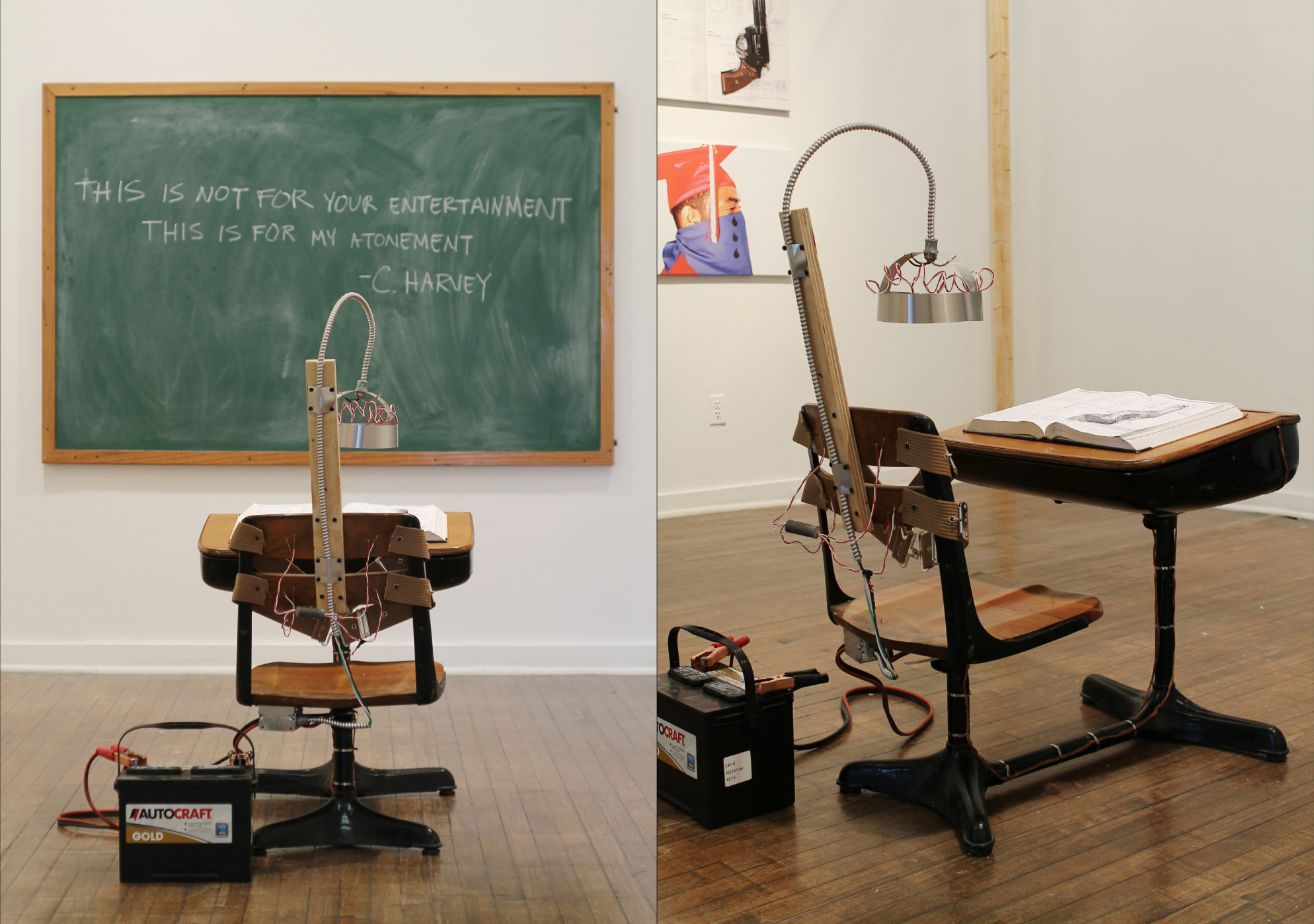 A Conversation with artist C. Harvey by Angela N. Carroll

“In Order to Control the Future, We Must Create It” – C. Harvey

C. Harvey was born and bred in East Baltimore. She comes from a lineage of seamstresses, makers, women who worked with their hands—master crafts folk. Like the women that came before her, Harvey seeks mastery. She is the founder of two successful startups, Baltimore’s Gifted and Generation of Dreamers. The Re-Education, her first solo exhibition, is currently on display at School 33 Art Center.

I spoke briefly with the twenty-something year-old polymath about her ventures and motivations. “When I was laid off from my job as a CAD drafter, [I] thought about what I wanted to do with my life,” Harvey said. “I wanted to control my own future, so I moved back to Maryland [and] started a business in Baltimore.” In 2010, Harvey launched Generation of Dreamers, a streetwear and lifestyle brand inspired by Baltimore’s underground hip-hop and street art culture. Even though Dreamers was a profitable venture, it did not yield enough to be sustainable. The stress of managing the company and general life struggles plunged Harvey into deep debt and depression. She lost everything and was forced to live in a bug- and mouse- infested basement while she figured it all out.

“It felt like at one point I was being swallowed by the world,” she admits. Harvey imagines reeducation as a brutal undertaking and her collection of works is beautiful and upsetting; each alludes to physical or psychological violences that are inflicted on black bodies.

“It isn’t enough to just say we are black in America, you have to discuss mental and psychological issues, economic issues,” Harvey explains. “The title is a play on Carter G. Woodson’s book The Miseducation of the Negro. In the past three years since I created the work I have gone through my own re-education.” One of the first, and perhaps most alarming installations you see when entering the exhibit is “Attention Deficit.” A repurposed school desk is likened to an electric chair and installed in the center of the space. An engineering textbook rests open on the desk. The imprint of a handgun has been carved out of the book. The electric chair faces a chalkboard which states:

“THIS IS NOT FOR YOUR ENTERTAINMENT THIS IS FOR MY ATONEMENT”- C. Harvey

I wondered aloud what Harvey felt she needed to atone for. She responded, “When I was in the basement I had a lot of time to think. I didn’t think I was a great human being. Most of us are not as great as we can be. I had a real talk with god. I struggled with pills. I decided eventually that I was going to start valuing my life and surrender myself to my creator and my creations.” Sacrifice seems to be a central theme throughout the exhibition. “Live By Die By” details a blood stained “Money” four finger ring attached to severed fingers. Installed below it, “I Pledge” is a mixed media reimagining of the American Flag constructed with red and blue crack cocaine bags.

Another wall displays the hanging installation “America Eats its Children,” where a spray-painted shark jaw holds fragmented body parts of baby dolls. Directly above it, “The Re-Education” series presents a photograph of a young boy dressed in full graduation regalia from behind as he faces a street of dilapidated homes. Every surreal rendering is juxtaposed with a real portrait and some instances framed printouts of archived FBI documents detailing state sponsored disruption of African American communities and organizations.

Harvey complicates and contextualizes disenfranchised communities within a narrative that reveals the historical practices that have destabilized black and brown communities. Each of the photographs maintain a red white and blue theme, a schema that reminds viewers about the communities left out of the American dream.

I swallowed hard, and laughed to myself a bit imagining Trump walking through McCulloh housing projects of West Baltimore which are featured in some of the photographs. Harvey gives life to the segments of America many would rather ignore: the neighborhoods of Baltimore that will never be revitalized. I asked Harvey why The Re-Education illuminates these issues but offers no solutions. “I think people are afraid to rock the boat and do the things necessary for real change,” she says. “I realize you can’t tell somebody what the problem is. If you can do something to trigger them to come to their own conclusion that’s better. There is confusion about how we got here. We can’t frame proper solutions if we can’t think about the origins of the problems.”

Harvey’s grit and persistent innovation are inspiring. The personal re-education Harvey underwent while battling depression and addiction also birthed the startup Baltimore’s Gifted, an art and e-commerce hub for young adults launched in 2015. The project teaches Baltimore City youth ages 13-22 how to turn their artworks into a wide range of products they can sell from Baltimore’s Gifted online store. Harvey hopes that the project will eventually be completely run by students. “Hopefully within the next two years I can step back and be hands off,” Harvey added. “The youth would be in the driver’s seat and own their own solution. The point is to reach out to youth who are typically not a part of youth initiatives.”

Baltimore has always birthed brilliant creatives; curious outliers. The most talented walk around completely unaware of themselves or their impact on the world. Harvey’s startups and artworks reflect that brilliance, and engage the attention and imagination of other young makers. Over the years, Harvey has suffered great losses and devastating setbacks.

Despite it all, she has determined to thrive, and to inspire others to push forward in spite of their situations. Her efforts should be used as a model to uplift and empower young people all over the world. The Re-Education curated by Melissa Webb is on display at School 33 Art Center until January 21, 2017.