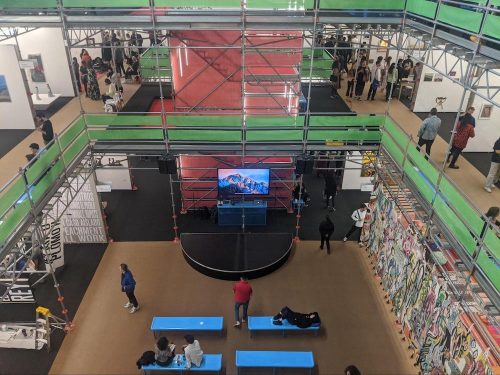 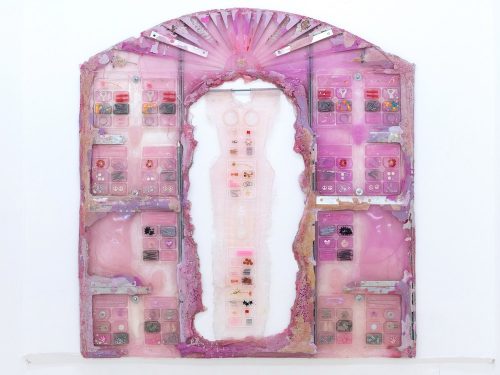 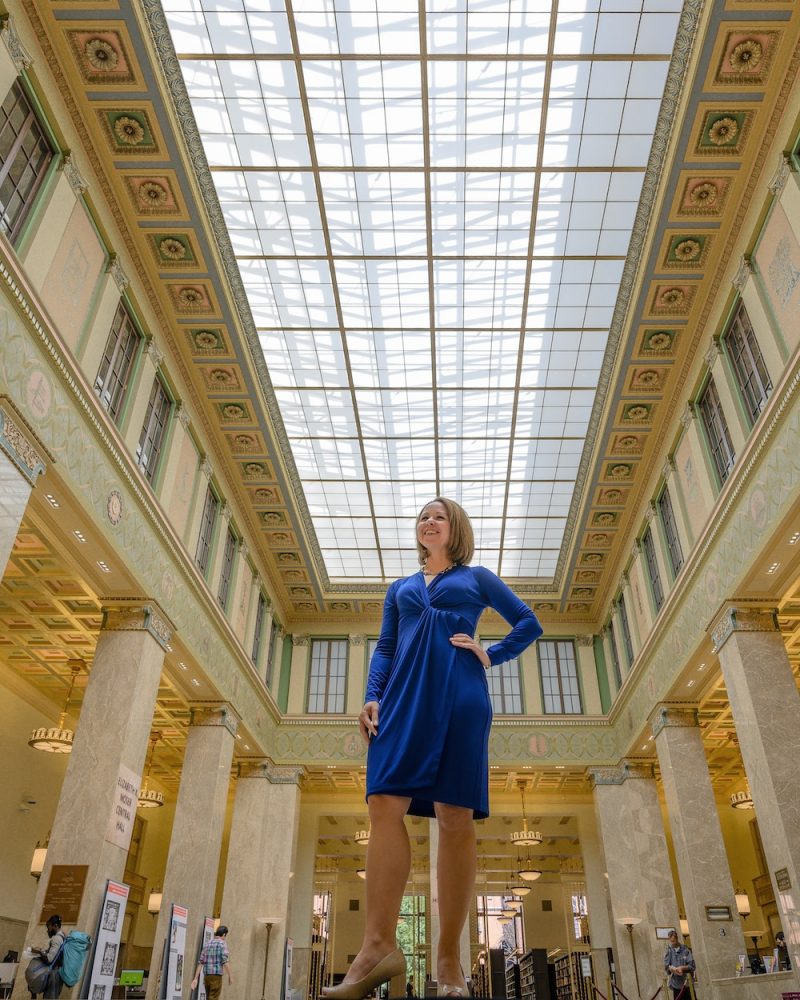 “I am all about fiction,” says Heidi Daniel, who keeps a stack of hardback books by her bed as well as a Kindle for late-night reading when her family is asleep. “Scientific studies show that reading fiction helps build empathy, which is a critical piece of being human, as well as vocabulary. Fiction gives you a lot of experience you might never have in a really accessible way, and especially for children, fantasy takes you into new worlds and expands your creativity.”

Daniel, who became CEO of Baltimore’s Enoch Pratt Free Library System in 2017, reads to her two children every night before bed and says that she believes you are never too old to be read to. The Michigan native, now a resident of Baltimore’s Bolton Hill neighborhood, is a first-rate example of the transformative power of books. She grew up an only child in a trailer park in the Rust Belt, raised by parents who didn’t go to college but wanted to instill in her a love of reading and learning. They read books to her checked out from the library until she was old enough to get lost in books on her own.

“I would love to tell you that I was a super studious child, but I was actually pretty quirky and creative,” she says, adding that the public library was always a space where she had unlimited access to information. “For me, to read about Paris or Africa or even New York City was a radical experience, an experience that showed me that my life could look differently if I wanted it to. And I think that that’s one of the most powerful things about books and literature in general, that it can give you that idea that your life doesn’t have to be exactly what you see every day. It can be anything you want it to be.”

Libraries as places of possibility regardless of social class enabled Daniel to experience a larger world outside the one she lived in and imagine a variety of prospects that life might hold for her. That capacity drives her vision for the Pratt. She is sharply focused on the library’s accessibility around the city, and attuned to different communities’ various needs. “We are interested in issues of equity,” she says.

Daniel inherited a library system previously run by a superstar. Carla Hayden led the Pratt for 23 years before becoming the first Black woman appointed as the Librarian of Congress, and Daniel came in to lead the final stretch of Hayden’s three-year, $115-million renovation of the central library in Mount Vernon. It celebrated its reopening in September 2019 with a massive community block party featuring readings and performances. The restored building boasts intricate details in painted ceilings and moldings reconstructed from fragments and buried decor, a refurbished children’s wing with an indoor goldfish pond, and an African American reading room with contemporary art by Sam Gilliam and Shinique Smith. It also includes co-working spaces and a career center with classrooms, dedicated staff, and small-business help provided by the Maryland Department of Labor, Licensing, and Regulation and other organizations.

Before coming to Baltimore, Daniel spent five years as the executive director of the Public Library of Youngstown and Mahoning County in Ohio; she was named the state’s librarian of the year in 2017. Accepting the Pratt position was all about continuing the library’s mission to provide free and equitable access to information to everyone. In June 2018, the Pratt became the first major urban library system on the east coast to eliminate fines on overdue books and other materials, a practice Daniel began looking into and discussed with the Pratt’s board of directors during the interview process.

Library systems in Salt Lake City, Nashville, and Columbus did away with fines and reported higher circulation rates. “The best practices are case studies from other libraries who went fine free and saw more materials come back and circulation go up in every single scenario, and we are now seeing the trend move across the country like a domino effect,” Daniel says. “Conversely, there are no case studies that show that fines are the reason you return an item.”

When the Pratt announced its plans in June 2018, the Baltimore Sun reported that the library’s circulation had fallen in recent years, and Daniel wanted to reverse this trend and send a message. The Pratt wiped out $186,000 in fees for 26,000 people and welcomed back 13,000 borrowers whose cards were blocked.

The fine-free policy was informed by a coordinated research effort into the socioeconomic demographics of the neighborhoods the Pratt’s branches served. What Daniel and her leadership team found was a clear correlation between cards belonging to the most penalized library users being located in communities bearing the largest financial barriers. “When we started investigating it, what we really found was that the most blocked cards were in neighborhoods like Sandtown-Winchester or Patterson Park’s Southeast anchor branch,” she says. “These are the branches where we are trying to do the most work and make the most impact. We were simply putting yet another tax on the poor, and felt that was at odds with our mission, that it didn’t make sense for us to continue to do that.”

“When you come into a branch and your fines have accrued to a point where you can no longer pay them, there is a sense of shame and stigma that comes with that,” Daniel continues. “After this kind of experience, those people are never coming back to us and we know this because those books never came back to us either. There are no wins in this scenario.”

Under the new policy, the replacement cost of the book will be waived when users return the item in good condition. Cards will be blocked at $25; payment plans will be available. “We have had an incredibly positive response and also seen an increase in circulation,” Daniel says, noting the data showing how the Pratt is reversing a long-held trend of decline over the past decade. She smiles brightly and adds, “I love organizing information.”

It’s hard to imagine Daniel developing that appreciation for organizing information without being exposed to all the different kinds of information the world has to offer. These days, Daniel hopes to pass on to her children the love of reading that her parents gave her—all thanks to a public library. “Working in Baltimore is rewarding because you can immediately see the impact of our services and our programs and even the relationships our staff formed within their communities,” Daniel says. “I feel like Baltimore has a great love and appreciation for the Pratt and, for me, that makes it worth getting up every single morning.”