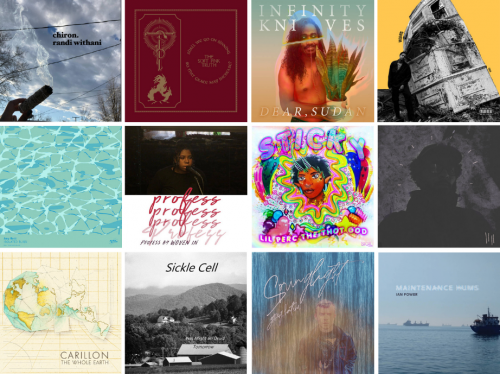 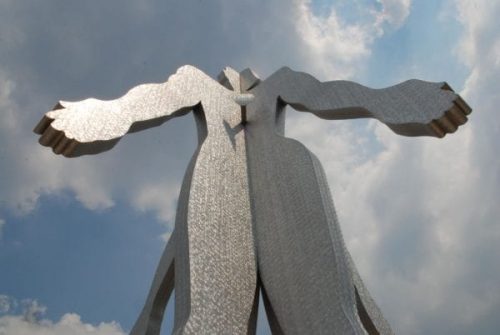 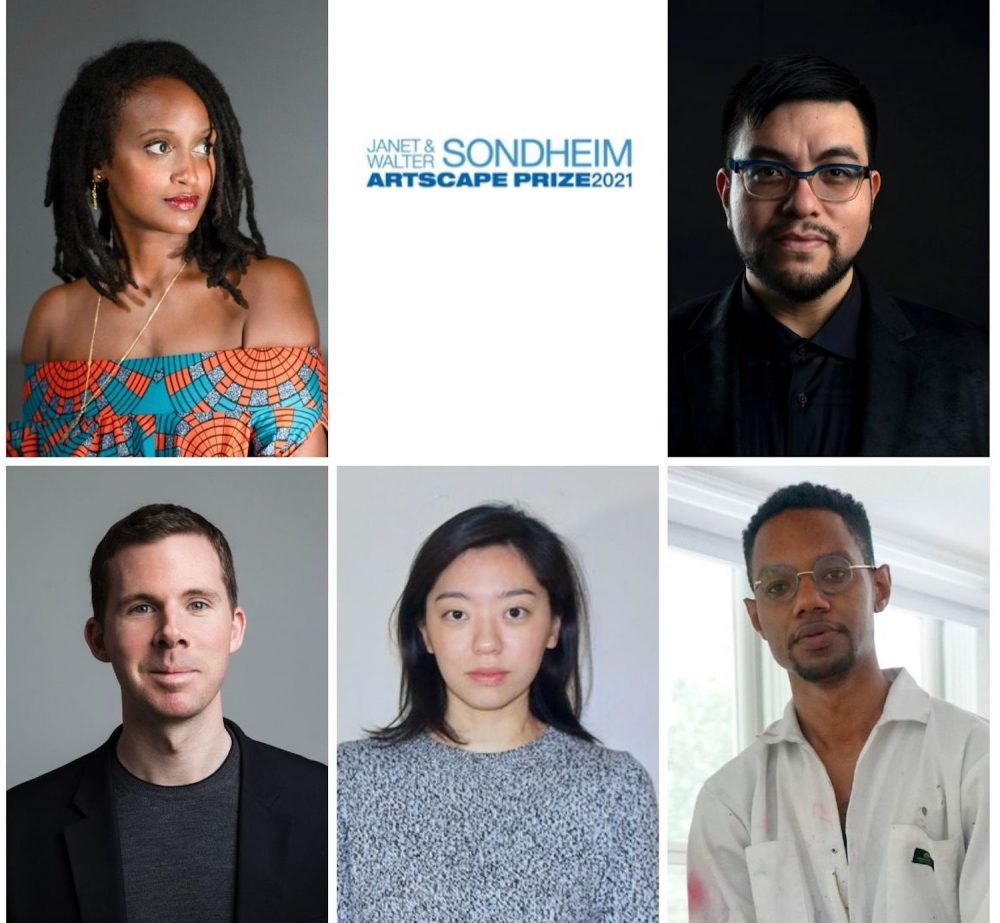 Although last year’s Sondheim Finalists exhibition was virtual because of Covid-19, we are thrilled that this year, the finalists’ work will be exhibited in person at the Walters Art Museum, on view Thursday, May 27, through Sunday, July 18, 2021. The winner of the 2021 Sondheim Artscape Prize will be announced during a special award ceremony on Saturday, July 10, 2021. Additionally, works by semifinalists not moving to the finals will be selected by BOPA curator Lou Joseph for a separate exhibition during the summer of 2021. The 2021 jurors are Naz Cuguoğlu, Michelle Grabner, and Meleko Mokgosi.

“The Janet & Walter Sondheim Artscape Prize is an important tradition for the Baltimore arts community and for the Baltimore Office of Promotion & The Arts,” said Donna Drew Sawyer, CEO at Baltimore Office of Promotion & The Arts. “This is our annual opportunity to invest in and promote the talented visual artists that call our region home. We are thrilled to bring back the finalists’ exhibition in person this year through our partnership with the Walters Art Museum. An exhibition in a renowned arts institution such as the Walters is a remarkable opportunity for any artist. We are so thrilled to promote and further these artists’ careers for the 16th consecutive award of this annual prize.”

More on the 2021 Sondheim Finalists:

Hoesy Corona (Baltimore, MD) is an emerging and uncategorized queer Mexican artist living and working in the United States. He makes work across a variety of media spanning installation, performance, and video. He is a recent Halcyon Arts Lab Fellow 2017-2018 in Washington, DC and a Tulsa Artist Fellow 2019 & 2020 in Tulsa, OK. He creates otherworldly narratives centering marginalized individuals in society by exploring a process based practice that investigates what it means to be a queer Latinx immigrant in a place where there are few.

Hoesy has exhibited widely in galleries, museums, and public spaces in the United States and abroad. His colorful sculptural works fitted to the human body have been presented at The Hirshhorn Museum and Sculpture Garden, The Baltimore Museum of Art, Transformer DC, and The Reach at The Kennedy Center. His research has been supported by various regional and national grants, including The Maryland State Arts Council Individual Artist Award, The Ruby’s Artist Grant, The MAP Fund Grant, and The Andy Warhol Foundation Grit Fund Grant among others. In recent years Hoesy has been in residence at Ox-Box School of Art, Washington College Kohl Gallery Residency, and The Merriweather District Artist in Residence. In 2020 he was the recipient of The Municipal Art Society of Baltimore Artist Travel Prize.

Hoesy Corona’s art and collaborative work with Labbodies were featured in the BmoreArt print journal Issue 07: Body. Read more about his work here in a profile by Angela N. Carroll.

Tsedaye Makonnen (Washington, DC) is a multidisciplinary artist whose studio, curatorial and research-based practice threads together her identity as a daughter of Ethiopian immigrants, birthworker and a mother.

In 2018 Makonnen studied sculpture with mentor El Anatsui at his studio in Nigeria. Her light monuments have been exhibited at the August Wilson Cultural Center, National Gallery of Art and UNTITLED Art Fair and is currently being acquired by the Smithsonian National Museum of African Art. She has been featured in the NYTimes, Vogue, BOMB, Hyperallergic, Artnet, Artsy, Forbes, and more. Her recent exhibitions are 1:54 Contemporary African Art Fair in London, Park Avenue Armory, National Museum of Women in the Arts, The Momentary and Art at a Time Likes This.

In 2020, Makonnen curated a virtual group exhibition with Washington Project for the Arts titled Black Women as/and the Living Archive based on Alisha Wormsley’s film Children of Nan: Mothership and is currently working on publishing an exhibition book in 2021. This upcoming March, Makonnen will be showing with her gallery at Art Dubai. For the upcoming Fall semester she will be the Clark Art Institute’s inaugural Futures Fellow in Williamstown, Massachusetts. She is currently in four exhibitions across the U.S. and Europe and is represented by Addis Fine Art in London & Addis Ababa. She lives in DC with her 10 year old son.

Jonathan Monaghan (Washington, DC) is an artist working across a range of media, including prints, sculpture and computer animated video, to produce otherworldly objects and narratives. Drawing on wide-ranging sources, such as historical artworks and science fiction, his fantastical pieces examine anxieties associated with digital technology and consumerism.

Past exhibitions include The Sundance Film Festival, The Hermitage Museum in Saint Petersburg, and The Palais de Tokyo in Paris. His work has been featured in several media outlets including The New York Times, Vogue, and The Washington Post.

Read a BmoreArt interview by Michael Dax Iacovone of a recent exhibition here.

Lavar Munroe (Baltimore, MD) (b. 1982, Nassau, Bahamas) earned his BFA from Savannah College of Art and Design in 2007 and his MFA from Washington University in 2013. In 2014, he was awarded a postdoctoral research fellowship at the University of North Carolina at Chapel Hill.

Munroe was included in Prospect.4: The Lotus in Spite of The Swamp, the New Orleans triennial curated by Trevor Schoonmaker, and the 12th Dakar Biennale, curated by Simon Njami, in Senegal. In 2015, Munroe’s work was featured in All the World’s Futures, curated by Okwui Enwezor as part of the 56th Venice Biennale. Recent group shows include those at the Nasher Museum of Art in Durham; Perez Art Museum, Miami; National Gallery of Bahamas, Nassau; MAXXI Museum of Art, Rome; Museum of the African Diaspora, San Francisco; Virginia Museum of Modern Art, Virginia Beach; and The Drawing Center, New York.

Munroe was awarded residencies at the Skowhegan School of Painting and Sculpture, MacDowell Colony, the Headlands Center for the Arts, Joan Mitchell Center, Thread: Artist Residency &amp; Cultural Center, a project of the Josef and Anni Albers Foundation and was an inaugural Artists in Residence at the Norton Museum of Art. He is a recipient of the Joan Mitchell Foundation Painters and Sculptors Grant. Lavar Munroe lives and works between Baltimore, Maryland and Nassau, Bahamas.

Hae Won Sohn (Baltimore, MD) is a visual artist and craftswoman from Seoul, South Korea. In her practice, the artist utilizes studio-artifacts such as broken molds or material remnants; further incorporating the action of de-/reconstruction in her (re)development of form and object-history. While her process metaphorically references the archeological procedures and geographical phenomena, her studio-practice incorporates conscious improvisation and the autonomy of material as a structural and conceptual foundation; further proposing a system built upon failure as a parallel model to success.

“We are thrilled to host the Sondheim exhibition as this interaction with our vibrant Baltimore arts community is one of our annual highlights,” said Julia Marciari-Alexander, Andrea B. and John H. Laporte Director at the Walters Art Museum. “The Sondheim exhibition allows our visitors to see connections between the work of our region’s thriving art scene and the museum’s historic collections. Supporting local artists is crucial to the Walters’ vision of being a transformative force in the region.”

The Artscape prize is named in honor of Janet and Walter Sondheim who were instrumental in creating the Baltimore City that exists today. Walter Sondheim, Jr. had been one of Baltimore’s most important civic leaders for over 50 years. His accomplishments included oversight of the desegregation of the Baltimore City Public Schools in 1954 when he was president of the Board of School Commissioners of Baltimore City. Later, he was deeply involved in the development of Charles Center and the Inner Harbor. He continued to be active in civic and educational activities in the city and state and served as the senior advisor to the Greater Baltimore Committee until his death in February 2007.

Janet Sondheim danced with the pioneering Denishawn Dancers, a legendary dance troupe founded by Ruth St. Denis and Ted Shawn. Later, she turned to teaching where she spent 15 years at the Children’s Guild working with severely emotionally disturbed children. After retirement, she was a volunteer tutor at Highlandtown Elementary School. She married Walter in 1934, and they were together until her death in 1992.

The 16th annual Janet & Walter Sondheim Artscape Prize is produced by the Baltimore Office of Promotion & The Arts in partnership with the Walters Art Museum.

The Baltimore Office of Promotion & The Arts (BOPA) is a 501(c)(3) nonprofit organization, which serves as Baltimore City’s arts council, events center and film office. By providing funding and support to artists, arts programs and organizations across the city, and by producing large-scale events such as Artscape, Baltimore Book Festival and Light City, BOPA’s goal is to make Baltimore a more vibrant and creative city. 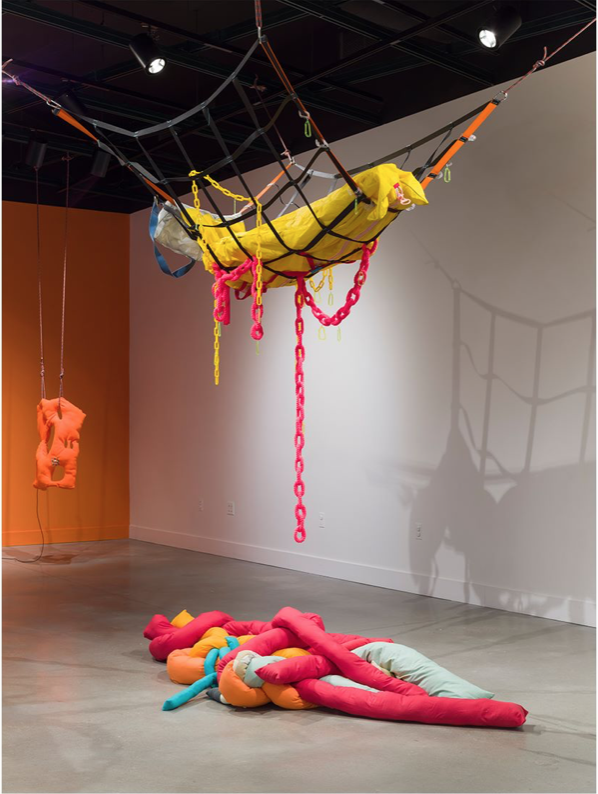