The Internet Is Exploding: 10 Must-Read Articles This Week 9/11 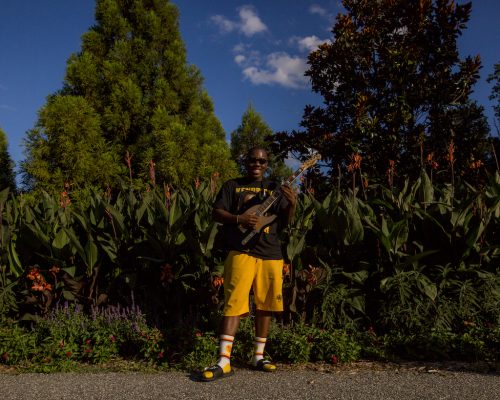 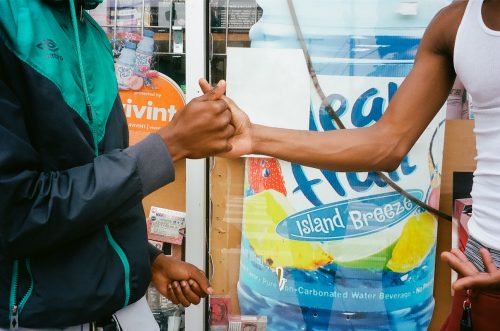 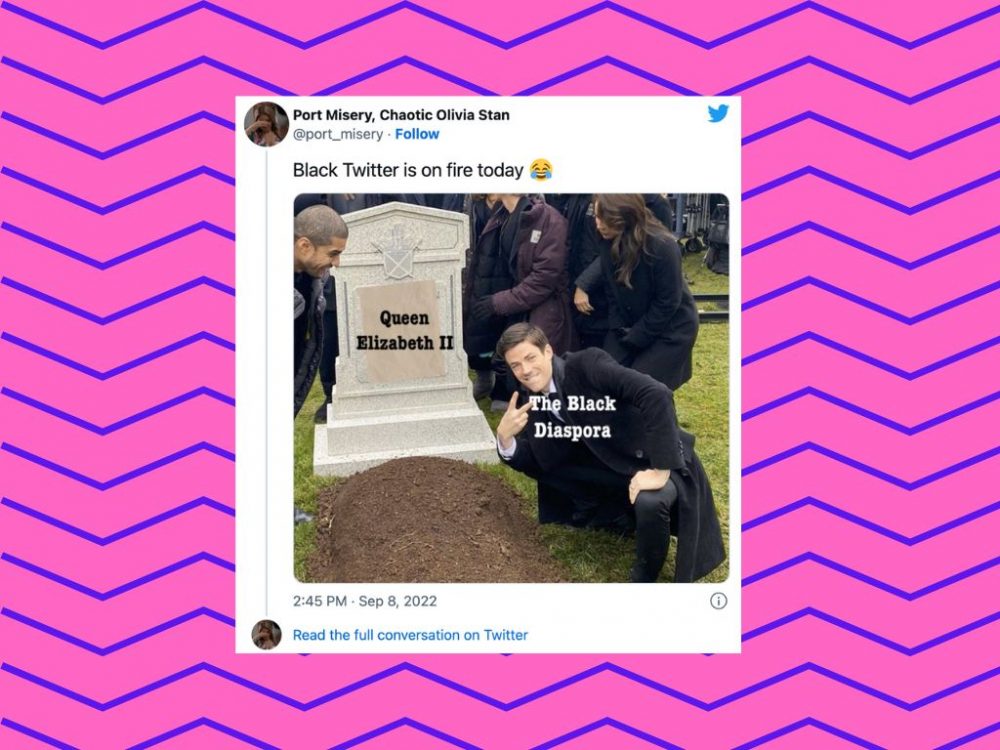 The internet was so dramatic and hilarious this week! I spent a lot of time on Twitter because, like @ofpromethea, “i can never delete this app because the progression from making fun of that reddit guy’s sex song to don’t worry darling drama to lea michele funny girl debut to the queen being reincarnated as trisha paytas’ baby is absolute gold.”

In addition to everything that happened on Twitter, the GOAT Serena Williams played her last US Open, and legendary WNBA player Sue Bird retired. Also, there was a great thread on missionaries.

1. The Tab: The full story behind the world’s most viral song and the Reddit user who had sex to it

First, in an absolutely historic week for Twitter, a Reddit user TylerLife posted about playing “Cbat” by Hudson Mohawke during sex for the past two years because “it’s a good love making song with good rhythm” and it could help him “put on a better performance” when he matched its rhythm.

All of this came to light when his girlfriend finally told him that the song was a turn-off for her (again, AFTER TWO YEARS!). Naturally, Reddit, Twitter, and TikTok have had a field day with this admission, and “the electronic trap song has exploded in popularity. There are currently 85,000 videos on TikTok using Cbat by Hudson Mohawke. It’s number one on the US iTunes Electronic chart and is currently number one on the Spotify Global Viral chart.”

Lea Michele made her debut as Fanny Brice in Funny Girl after Beanie Feldstein left the production this summer. Over the years, both Michele and her fictional Glee character Rachel Berry have been extremely vocal about the desire to play Fanny. There was even a plot in Glee in which Berry was cast as Fanny Brice on Broadway. By all of the accounts and reviews I’ve read, Michele is a much stronger Fanny Brice than Feldstein. However, Michele was “accused of bullying her co-stars and racist behavior” during her time on Glee, and has a reputation similar to her character on the show which was best summed up in the series by Kurt: “she may be difficult, but boy can she sing.”

Due to her reputation, Michele’s casting was somewhat controversial and met with many many jokes and memes, including a revival of the longstanding internet conspiracy theory that Michele can’t read. While Michele has repeatedly denied this theory and insists that she can, in fact, read, during Funny Girl, Michele had to deliver the line “I haven’t read many books,” to which “the audience LAUGHED and GASPED” according to Twitter user @bequietjoe.

3. Vox: The many scandals of Don’t Worry Darling, explained

During the early part of this week, the movie Don’t Worry Darling and its many scandals dominated the online discourse. The scandals—which include the film’s director, Olivia Wilde, leaving her longtime partner, Jason Sudeikis, for Harry Styles, who is one of the film’s leads—begin all the way back in 2020.

Apart from a messy love triangle, Wilde reportedly supported Shia LeBeouf, who has been accused of “sexual battery, assault, and infliction of emotional distress,” staying in the project after lead Florence Pugh expressed discomfort, leading to ongoing tension between the actress and director.

Further adding to this, Pugh skipped the press conference before the premiere in Venice, but was in the city, and was not standing or seated next to Wilde or Styles all night (Gemma Chan and Chris Pine, who are also in the film, were A+ buffers). Styles seemed to enjoy his time at the festival (except for a rumor that he spat on Pine) and expressed that his “favorite thing about the movie is that it feels like a movie. It feels like a real, like, go to the theater film-movie — you know — the reason you go to watch on a big screen.”

There was (and is) a lot going on, but Alex Abad-Santos does a great job summarizing the chaos.

4. Popbuzz: 39 wild Don’t Worry Darling memes that are even more chaotic than the alleged drama

Mostly, I followed the above Don’t Worry Darling drama through memes and there were a lot! Chris Pine was heavily featured in these memes, many joking that he looked like a “random hollywood lesbian.” The clip of Pine and Styles when Styles is explaining how the movie “feels like a movie” is pretty great, in addition to @Mvelasep’s encapsulation of one of the many alleged reasons Pugh doesn’t like Wilde.

5. Slate: Let the Descendants of Britain’s Empire Have Their Glee

Queen Elizabeth II died at the age of 96 and most of the internet (at least my internet) is celebrating. There is generally a stark divide between those “who have origins in formerly colonized nations—places like Ireland, India/Pakistan/Bangladesh, Barbados, Zambia, and far too many others to list,” and those who’ve benefited from that colonization. The tweets that comically and critically address the Queen and the Monarchy’s imperialism have been condemned by monarchists, “but there’s perhaps an exercise in perspective to be considered here.”

For many who “have familial origins in any one of the hundreds of countries subjected to the arbitrary cruelty of British rule,” they mostly “didn’t grow up with the view of Buckingham Palace in the skyline, but you felt the presence of the British Crown in other, more insidious ways: the enduring injustices of the slave trade. Views of poverty and underdevelopment resulting from centuries-spanning exploitation. Displays of plundered objects from your own country as trinkets in museums… The whitewashed legacies of empire officials who were violent bigots. None of which was ever actually corrected, with apologies or trillion-dollar compensation or even basic acknowledgement.”

While the memes and jokes might seem cruel, they “are not just a manifestation of the very contemporary desire to dunk on one’s online enemies as viciously and virally as possible… But these reactions are also coming from a place of real, often deeply felt pain. If the queen, for many, was a symbol of grace, for many other people she was a symbol of something deeply ugly.”

6. OkayPlayer: The Wildest Reactions to The Death of Queen Elizabeth on Twitter

When news broke that Queen Elizabeth II was being placed under medical supervision, Twitter was near instantaneous with its jokes. Personally, I found a lot of the memes and jokes about the Queen’s death highly entertaining because they served to critique her legacy and the history of the monarchy.

Specifically, I saw a lot of jokes from Black Twitter and users across the African Diaspora, and Irish Twitter. One video of five Irish dancers performing to “Another One Bites the Dust” has been widely shared online. It has also been announced that Prince Philip will be removed from the “royal vault” as he can finally be buried with his Queen.

There have also been unsubstantiated claims that the Queen’s beloved corgis will be killed and laid to rest with her, and jokes that she is being reincarnated as Trisha Paytas’s baby. But honestly, there are too many memes to choose from.

7. The New Republic: Black Historians Know There’s No Such Thing as Objective History

The Queen’s death has renewed discussions of history and how it is created and perceived. Much of the conflict between monarchists and the rest of the world this week is based on how one understands history, and whether or not people are meaningfully addressing the Queen and the monarchy’s violent imperialist past.

While focusing on America in this essay, historian Keisha N. Blain analyses the fallacy of “objective history,” refuting critiques of “presentism,” a term used “to cast doubt on the objectivity of scholarship from those who consider the present through analyses of the past. Scholars who resist ‘presentism’ will argue that it somehow distorts the historical narrative.”

Throughout the essay, Blain considers how scholarship that eschews presentism “has long promoted racist narratives and suppressed Black history.” Building her argument off of great thinkers before her, such as W.E.B. DuBois and James Baldwin, Blain writes of the very present implication historical scholarship has on people, and that the stakes are people’s lives: “The commitment to engaging present concerns is not simply a method or approach to the scholar’s craft of research and writing. It is a matter of life and death. The reality of the present moment propels many of us to act.”

8. The Ringer: Serena Williams Refused to Bend. She Bent Tennis Instead.

Serena Williams played her last US Open game on Friday. In looking back on Williams’s career, Lex Pryor also traces the history of Black tennis from Robert Walter Johnson to Althea Gibson to Arthur Ashe. Pryor reflects on how Serena eschewed respectability politics, how “she never can quite be anything but herself when she’s desperate. And she’s desperate every time she steps foot on a court. But another more conscious part of her genius is that she showed no shame in this, or any other segment of her being that she could not control.” Serena did not win the Open, but she left an indelible legacy on the sport, a legacy that can be seen in players like Naomi Osaka, Coco Gauff, and many more to come.

9. ESPN: Sue Bird retires a legend and future Hall of Famer, but the Seattle Storm point guard only made it look easy

Another legendary athlete, WNBA star Sue Bird, also played her last game this week. Bird was the first overall pick in the 2002 WNBA draft, played 19 seasons, and is “the most decorated player in league history, with a record 13 All-Star appearances and four championships during a career spent entirely in Seattle.” In addition to this, she was also a part of Olympic gold-winning teams.

An era has ended.

This thread by Tempe O’Kun on Mormon missionaries was sent around one of my group chats. The thread is an interesting theoretical foray into socialized religion. O’Kun recounts a conversation he had with two Mormon missionaries in the thread, getting them to question the function of missionary work itself. I couldn’t tell if the encounter was real or fictional, but it is interesting nonetheless.