The Internet Is Exploding: 10 Must-Read Articles This Week 9/4 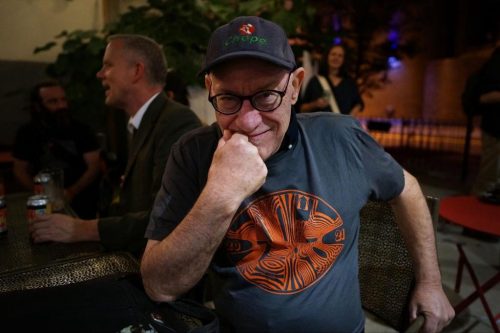 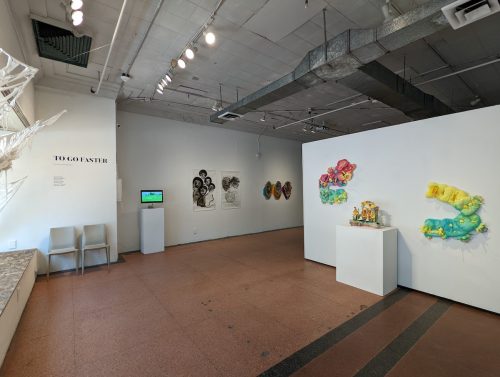 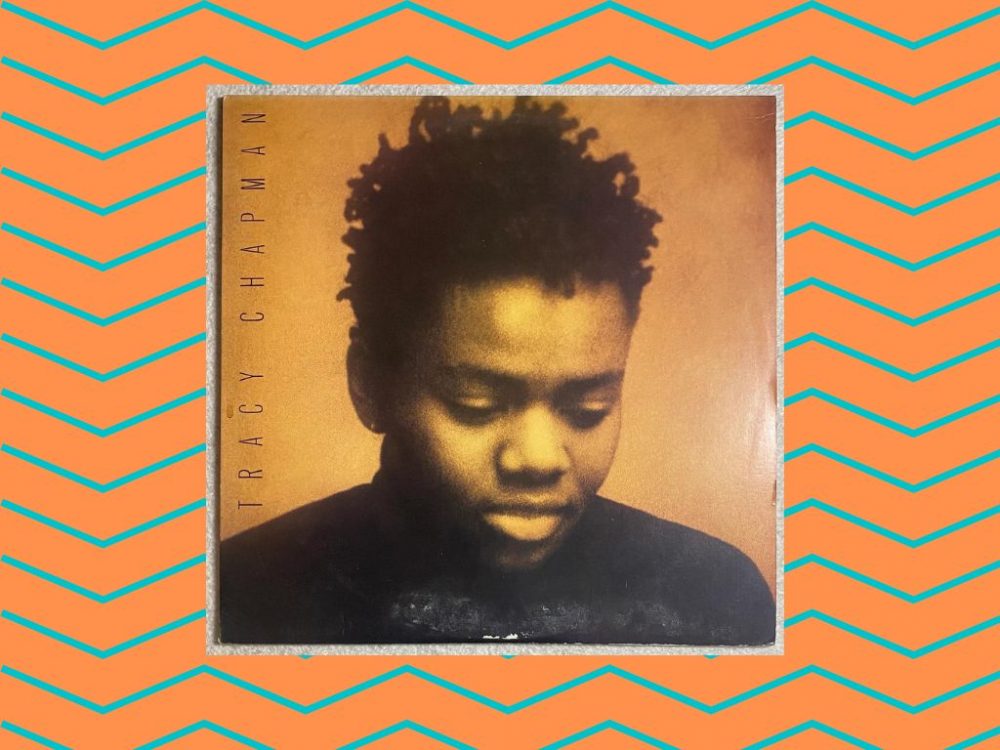 1. The Verge: The Humiliating History of the TSA

I do not know anyone that doesn’t have an opinion about the TSA, which was founded in 2001 in response to the attacks on September 11. For the first few years of the organization, Transit Security Officers “found themselves with little to actually do — hence the ‘joke’ that the agency’s acronym was really short for ‘Thousands Standing Around.’” Since then, more and more policies have accumulated, causing anxiety for both officers—who can get fired for the smallest infraction—and travelers—whose experiences range from being mildly annoyed to being targeted due to their race or gender. All the while, “TSA has played next to no role in the biggest counterterrorism stories of the past two decades.”

2. The Millions: How Many Errorrs Are in This Essay?

As someone who works as both a writer and designer, typos are always in the front of my mind. Errors are as old as writing, and typos as old as typography—one 1631 edition of the King James Bible read “Thou shalt commit adultery.” While these errors can be comical, they can also have legal implications: “errant commas in the Second Amendment makes it unclear as to whether the right to bear arms is reserved for individuals or only ‘well regulated militias,’ and a semicolon in Article VI seems to invalidate the Constitution itself.” And more than that, what if the greatest error, the greatest mistake, is life itself? “If reality began with the Big Bang—and all data indicates that it did—the problem still remains of why. Quantum fluctuation provide an explanation—it was all just a mistake from the get-go.”

My mother’s family migrated from Mississippi to Flint, Michigan, in the late 1950s. The Flint water crisis came to a head in 2014, although residents of the city had been skeptical of the water quality long before then, and many still don’t trust the water.

This week, in Jackson, Mississippi, “the Pearl River flooded following record rainfall, overwhelming the city’s water treatment plant.” The city had already been on a boil water notice for the past month. The water could be out indefinitely, and the system failure is a result of systematic neglect in the majority Black city.

My favorite thing about writing this column is when essays find me.

A friend and I are currently on a cross-country road trip to her family’s reunion. We started a playlist on Thursday while driving the other day, and included Tracy Chapman’s “Fast Car” both for the irony and because the song embodies “remembering what it feels like to be caught at the crossroads of love and family,” as Beloved Suruae Ibiene writes in this essay, which my friend and I discovered later that evening. We read it together. We haven’t seen each other since well before the pandemic, and like Tracy Chapman’s eponymous album that “distinctly outlined the valiant and loving principles for mutual reliance within her personal desires for herself, her community, and her surrounding world, which she claimed candidly through her concern,” our conversations are sprawling, nostalgic, and question all the ways in which we are in relation.

It is probably known to readers of this column that I am very late to podcasts. On my road trip, however, I’ve been listening to a lot of podcasts—specifically Marsha’s Plate. A “Black trans podcast,” Marsha’s Plate “explore[s] topics of gender, current events, politics, and scumbags all around the world upholding systems of oppression from a black trans feminist lens. With our funny no-holds-barred style we introduce you to new perspectives, stories that connect you to transness, and trans community leaders around the country.” This podcast has kept me very engaged for thousands of miles.

6. MSNBC: Lizzo refuses to perform shame for critics who think she should

Lizzo was found in the midst of online controversy this week through no fault of her own when a comedian, Aries Spears, made fatphobic comments about the singer. When asked about what he thought of Lizzo’s music, the comedian pivoted to say that the singer has a “pretty face” but is “built like a plate of mashed potatoes.” This is certainly not the first time someone has been fatphobic to Lizzo, and as Evette Dionne writes, “there’s a level of betrayal when a Black male comedian — one who is also fat — perpetuates fatphobia at the expense of a Black woman. All fat people are subjected to anti-fatness, but women and femmes tend to experience it differently from male-identified people.”

Former NFL player Manti Te’o has steadily been making the news since Netflix’s Untold: The Girlfriend That Didn’t Exist premiered a few weeks ago. The documentary delves into Te’o’s time as a collegiate player at Notre Dame, when he was catfished and thought he lost both his grandmother and girlfriend on the same day.

The documentary, and Kimberly Nicole Foster’s review of it here, point out a lot of mistakes the media made when initially covering the controversy in 2012 and 2013, and why we all owe Te’o an apology.

8. The New Republic: Can the American Mall Survive?

When I was younger I used to go to the mall all the time. I would go with my parents to buy clothes, household goods, electronics, and anything and everything that we needed. As I got older, however—the age that people start going to malls alone—the shopping centers began to lull. That was in the late oughts, but “malls have been struggling in one way or another since the 1990s, thanks to a slew of factors: a glut of such shopping centers, the replacement of department stores with big-box ones, recessions, the rise of the internet, and a new generation of mega-developer owners who are more cutthroat about their bottom lines.”

While envisioned as a place for the “necessities of day-to-day living,” as Victor Gruen and Elsie Krummeck wrote in 1943, American malls evolved into something else. Jillian Steinhauer writes about how American malls grew and deviated so much from their original vision in the essay about a quintessential American feature.

Actress Sydney Sweeney has gotten herself into hot water this past week after she posted pictures from her mother’s birthday party. The last picture in a cache Sweeney posted included “a man with a cowboy hat, wearing a T-shirt with a black-and-white American flag with a blue streak across it, the recognizable symbol of the pro-police Blue Lives Matter movement that began as a criticism of Black Lives Matter.” Further, Sweeney tagged her brother in one of her pictures, which led people to see many pictures on his profile from the same party, and people wearing clothing or hats with conservative and right-wing connotations. Sweeney quickly received criticism from liberal corners of the internet and responded by tweeting, “You guys this is wild. An innocent celebration for my moms milestone 60th birthday has turned into an absurd political statement, which was not the intention. Please stop making assumptions. Much love to everyone ♥️ and Happy Birthday Mom!”

Further, Sweeny’s breakout role was HBO’s Euphoria, “a show that has particularly excelled in cultivating a fanbase that overidentifies with its characters, where its audience has built untenable parasocial relationships with its actors.” Because of this, “it’s not hard to imagine these relationships extending to politics, where fans expect the actors to be more progressive than they actually are.”

Many of Sweeney’s critics seem dumbfounded that she has conservative family members, or that she herself may have conservative beliefs. While many people are “shocked that a white celebrity may have people they love who have unsavory or racist views,” those shocked folks are “certainly not Black people.” Honestly, this whole controversy is a good reason to reread Tressie McMillan Cottom’s essay “Breaking Up With White Supremacy Was Always The End Game.”

10. Esquire: As Social Media Prophets Hath Foretold, Leo DiCaprio and His 25-Year-Old Girlfriend Are No More

Once again, Leonardo DiCaprio has broken up with a girlfriend just after she turned 25. DiCaprio and model Camila Morrone had been dating for four years. Morrone, however, turned 25 in June, and, following a longstanding tradition, DiCaprio dumped her, solidifying a two-decade streak of the 47-year-old actor not dating someone over 25. Obviously, the internet had jokes at DiCaprio’s expense.