A Tender Wish: The Sustainable Fashion of Bokeum Jeon 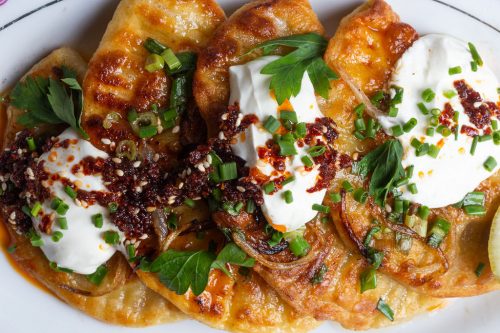 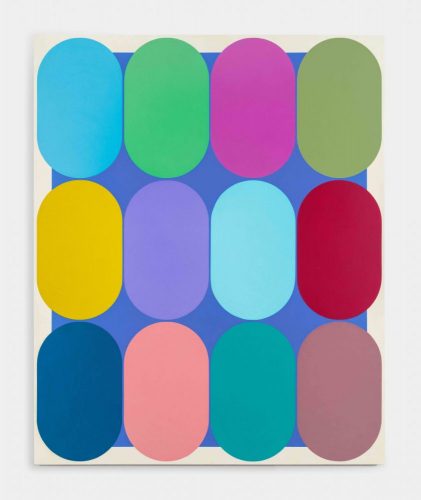 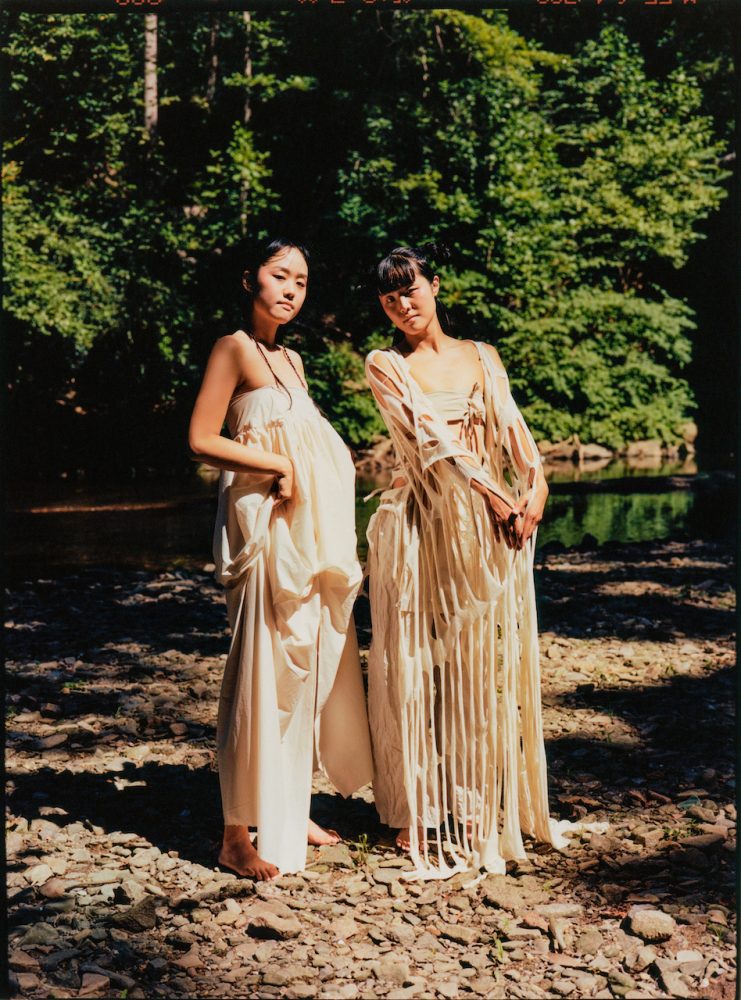 A four-character idiom meaning natural, immaculate beauty, Chun-yee-mu-bong literally translates as “No seam is found in seonnyeo’s clothing.” Seonnyeo is a Korean word for a celestial woman (or a group of them) that appears across East Asian myths as a symbol of beauty and virtue. In Korean folktales, this fairylike character descends to the human world to bathe in mountain springs. The visit of seonnyeo is the theme of the latest collection 날개 nalgae (“wing” in Korean) by Bokeum Jeon, a multidisciplinary artist, MICA graduate, and designer now based in Philadelphia.

Portraying seonnyeo’s visit, 날개 nalgae features a linen top and short skirt with strings, flowy drawstring pants, and a long skirt with high waistbands around the chest—a simple composition inspired by hanbok (traditional Korean clothing). A long, web-like gown reinterprets the winged clothes of seonnyeo, draping from shoulder to toe and adding a light, airy look. The models’ braided buns resemble the typical high, looping pigtails of seonnyeo. The overall use of white fabric echoes not only historical depictions of Koreans as the people of white clothing, but also the aforementioned expression, which alludes to seonnyeo’s artistry and craftsmanship as a maker of their own clothes. Jeon presented 날개 nalgae at the fourth-annual fashion show Fantasy Machine at Current Space in October 2022.

“I was really interested in seonnyeo as a strong, female fairy tale character, sky woman, and expanding more on that,” Jeon says. “It also speaks of the strength of Korean womanhood that I’ve been exploring in my own way.”

Jeon first used this theme in her Spring 2021 collection, BLOOMING, with a more modern take. Modeling in the photos, she poses in a lavender see-through dress with criss-cross patterns wrapped around the chest line and an open-front top (jeogori) with balloon sleeves. While adhering to the hanbok outfit, she adds her own whim- sical touches. Gathering her dress around her waist, she kneels, showing off light beige rolled-up cotton pants, a darker lavender sock, and white Crocs. This updated version of seonnyeo looks as if she is caught in the middle of errands, or is simply ready to tackle any given task.

A functional aesthetic also appears in Chon, Jeon’s other recent collection. The title, which means “countryside” in Korean, references both traditional and modern Korean workwear, expanding the style of “utilitarian” fashion, which is often limited to European military-inspired looks.

The second part of Chon represents Jeon’s first attempt at a pre-order system and production on a larger scale, with sustainability on her mind. A self-described “fabric hoarder,” Jeon makes most of her small-scale, one-off designs with deadstock fabrics or recycled materials thrifted or inherited over the years. When she came across these new floral terry fabrics which aligned with her concept for Chon, however, she knew she wanted to reproduce the pieces. The pre-order system allowed her to offer a wider range of sizing without overproducing, and her design was practical enough to recreate by hand.

While Chon pushed Jeon to “reflect on what it means to be making art as a human interconnected with the environment,” sustainability has always been a big part of her practice. In college, she watched The True Cost, a 2015 documentary about labor exploitation and environmental harm caused by mass production and distribution in the fashion industry.

She has since focused on sustainable alternatives to fast fashion: natural dyeing, mending, and minimizing curves in her designs—thus reducing excess fabric. Besides thrifting and ordering, volunteering at Fabscrap (a fabric and textile recycling nonprofit organization based in New York City and Philadelphia) has also provided her with deadstock fabrics. Natural dyeing with food waste is an ongoing exercise. “I talk to local cafes and ask them to save onion or avocado skins for me,” Jeon says.

After graduating from MICA in 2019 with a BFA in Fiber, Jeon worked as a translator at a hanbok workshop, where she realized that her sustainable practices mirror traditional techniques of making hanbok. “It was shocking and interesting that what I do intuitively has been very much part of my culture,” she says. Unlike Western wear, with its curves and angular shapes that lead to wasted fabric, hanbok’s rectangular shapes and pleats use a full yardage of fabric. “Another interesting parallel was that I prefer doubling the fabric so you don’t see any of the seams from the outside, the way most hanbok are made,” she adds.

The resemblance is no coincidence, however: her upbringing in Korea has always been a source of inspiration. Growing up in Bukchon Hanok Village, Jeon was surrounded by people wearing hanbok and living in hanok, traditional Korean houses; she even lived in one.

An architecture major before she pursued fiber arts, Jeon seeks motifs from the simplicity of hanok, plain lines constructing its shape. And in 날개 nalgae, the influence of Korean culture is the most explicit.

Seonnyeo travel in groups, where communal bathing is a bonding activity. Jeon’s seonnyeo, leaning against each other in the photos, captures the moment of such kinship and sisterhood, the way Jeon reclaims and connects with her heritage. The imagery also reflects her philosophy, or rather, joy: to see her art “activated by others” and “live beyond” her. As her main artistic practice, clothing design allows her to connect with herself, her environment, and community. “The intimate relationship, the immediate protection we have with clothes,” she adds, “I find poetry in that.”

Artisanal, tailored clothing and custom projects enable Jeon to tend to her friends’—and community’s—needs. “Something that makes me really enjoy making clothes,” she says, “is being able to dress my friends who are gender-non-conforming, who don’t identify themselves in clothes that are readily available in the world right now.” When the friends who modeled her Spring 2022 collection Soft Shell at Fantasy Machine 3 told her, “I can see myself in them,” she must have known: her clothes are holding her close ones as who they are.

Jeon’s art makes me wonder: Isn’t sustainability the ultimate community care, a tender wish to live and survive together? Like warp and weft woven into vast, seamless fabric, every one of us sustains each other. The fundamentals of sustainability (and the word “sustain” itself, originating from the Latin “sustinere,” to hold up, hold upright) are rooted in connectivity, in expanding the definition of community into every present and future living thing on Earth. Jeon’s work, after all, is a poetic invocation of such care, such intimacy, in the act of holding the body and holding one another—in other words, braiding each other’s hair.

Modeled by The Artist & Her Sister, originally published in Issue 14: Environment 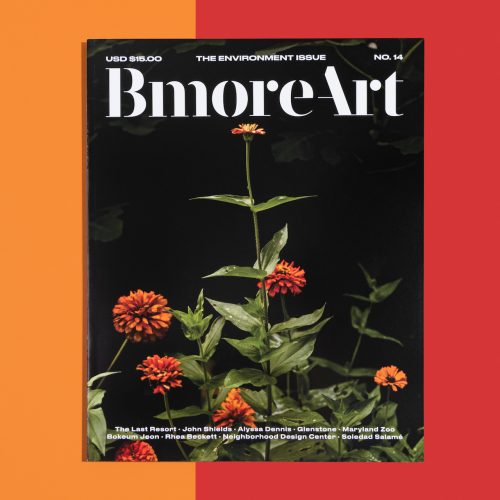