Matthew Porterfield in the 2012 Whitney Biennial!

A Merry Xmas to You and Yours! … Bawlmore Style

Matthew Porterfield in the 2012 Whitney Biennial! 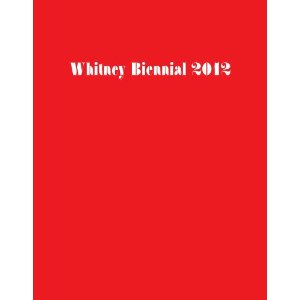 From the Mutual Art Website: The Whitney Museum of American Art today announced the list of artists participating in the upcoming 2012 Whitney Biennial, which takes place at the Whitney Museum from March 1 through May 27, 2012. This is the 76th in the ongoing series of Biennials and Annuals presented by the Whitney since 1932, two years after the Museum was founded.

The Whitney Biennial is an exhibition held every two years in which we gauge the current state of contemporary art in America. The 2012 Biennial is being curated by Elisabeth Sussman, Curator and Sondra Gilman Curator of Photography at the Whitney, and Jay Sanders, a freelance curator. The curators began working on the research and planning of the show in early December 2010. Fifty-one artists have been selected. The Biennial comprises work—including paintings, sculptures, photographs, and installations—from both emerging and established artists. In addition to visual artists, the exhibition includes a select group of filmmakers, choreographers, musicians, and playwrights. These multidisciplinary arts will be presented in a large open space in the Museum’s fourth floor galleries.

The curators are working on the Biennial’s film program with Ed Halter and Thomas Beard, the co-founders of Light Industry, a venue for film and electronic art in Brooklyn. The exhibition will be accompanied by an innovative catalogue designed by Joseph Logan with contributions from each Biennial artist. More details on the artists, other Biennial projects, and the schedule of events will be released in January 2012.

Matt Porterfield was raised in northeast Baltimore. He moved to New York City at seventeen, studied film for two years, taught kindergarten for three, and remained there for eight before returning home to make HAMILTON, his feature film debut, in 2006 and then Putty Hill in 2011. Porterfield Currently teaches screenwriting and production in the Film & Media Studies Program at Johns Hopkins University, and won the 2011 Sondheim Prize.

Porterfield is the only artist from Baltimore that I know of to be included in the Whitney Biennial! This is a HUGE accomplishment! Congratulations to Matt!

News & Opinion
Field of Potential: Regarding the Quotidian as Art
Even as much of the art world retreated to the safety of the internet, some creative workers continued their trade in the public sphere
, Kerr Houston — April 2, 2020

News & Opinion
We Are All Alone Together
On being alone, whether by choice or quarantine

For those lucky enough to be healthy after two weeks of quarantine, you can hug, kiss, dance, and snuggle. Don’t take this for granted.

Baltimore residents hired musicians to perform a few songs, stoop-side, at a safe distance for family, friends, and neighbors.