Precision: A New Film about Chris Bathgate by Nic [...] 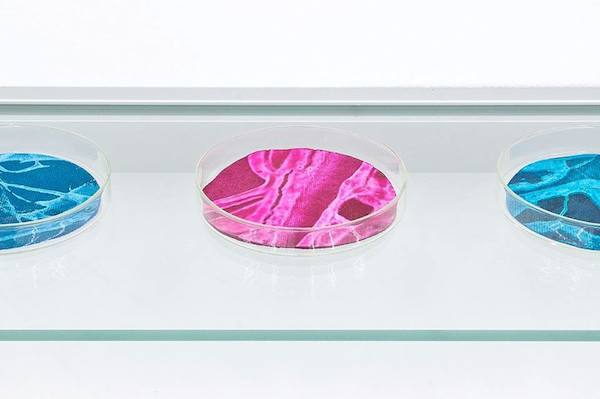 It’s time to get back into the swing of things. I hope you got your Sondheim application turned in on time! This week you can find out more about The Rubys at two free information sessions hosted by the GBCA on Tuesday, January 7 and Wednesday, January 8. Also on Wednesday,  Chris Owens: Things Contained opens at The Windup Space. On Friday night, there’s an opening for one of my ALL TIME ART CRUSHES, Michael Scoggins, at Guest Spot, as well as a project room project by Baltimore’s Ryan Syrell. There’s also an opening at Top of the World for Greg Minah and a closing for Surface Treatment, Seth Adelsberger’s solo show at Springsteen Gallery.

On Saturday, I don’t even want to guess how many Baltimoreans will make the trek to NY for “Baltimore Artists + WPA + Mera Rubell = LOVE” hosted by Marianne Boesky Gallery. The exhibit just got a ton of not-completely-accurate hype in the Baltimore Sun, and the photos are nice. If you’re here in town on Saturday night, make a trip to Strathmore Mansion for a group show exploring technology in contemporary art curated by Harriet Lesser. Happy trails, everyone, and welcome to 2014. Both sessions will feature a presentation by Sonja Cendak, manager of the Rubys grant program, and will include time for audience questions and answers. To RSVP to either session, please submit your information here. In Chris Owen’s “Things Contained,” painted images foil the aura of the commodity fetishism and search for ghosted narratives within everyday objects: their pasts that might otherwise remain obscure in the context of exchange values and market (in)stability. While we often consider things to be (pre)determined, objective or reified, they contain hidden histories of the human from the rural, the industrial or the toxic. As Owen himself points out, the ritualistic concept of the fetish already hints at this hidden core of objects. Marx uses this anthropological meaning of the fetish to explain that exchange value relishes the object more than the labor exerted to create the commodity.

“Things Contained” wants to question any purely economic definition of a thing through creative speculation. The inanimate thing houses a mysterious power somehow divorced from its material surroundings. Using the can of beans as a medium instead of a commodity gives a strange, fantastic power of attraction to it. More event info here.

Greg Minah On Top, An exhibit at Top of the World

Described as “a dance between artist and canvas,” Greg Minah’s painting process is a collaborative performance between his creative force as an artist and the natural forces acting on his material. His technique is achieved by pouring thinned acrylic paint onto the canvas before tilting, turning and spinning the stretcher to orchestrate the performance of the medium. Minah’s most recent works are on display at Top of the World Observation Level from Wednesday, January 8 to Sunday, March 2, 2014.

Guests have an opportunity to visit the exhibition for free and meet the artist on Friday, January 10, 2014 from 5:30pm to 7:00pm.

Top of the World is located on the 27th floor of the World Trade Center at 401 E. Pratt Street. Event info here. Surface Treatment examines the chemical and scientific properties of painting. The Submersion paintings are the result of a refined procedure that is a combination of washes, staining, and the gestural application of gesso. The paintings are created in batches of 3-6. Some paintings in each batch succeed, while others fail. The saturated coloration is the result of a focused study of the variations within a duotone palette of turquoise and magenta. The pigments are synthetic with chemical names like pthalocyanine and quinacridone. These colors conceptually relate to both basic printing processes (CMYK) and computer LED screens (RGB). Their final appearance (the “glowing” of the form) is a visual corollary to the universal experience of living a life mediated by backlit iPhone screens and laptops. More info here. Guest Spot at THE REINSTITUTE is proud to present ART STAR, a solo exhibition by Michael Scoggins. In conjunction, Guest Spot Project Space will feature Addenda: Rosy-Fingered Dawn at Louse Point, a series of works by Baltimore-based artist, Ryan Syrell. Opening Friday January 10, 2014, the works will be on view through February 15, 2014. A discussion on the topic of Maintaining Sustainable Practices will be held in conjunction with the closing on February 15, 2014, 2pm-4pm.

ART STAR, a solo exhibition of new works by Michael Scoggins, examines the artist’s psyche with respect to career stardom. Like a page out of a notebook, Scoggins’ insight into political Americana is voiced by his alter ego Michael S., a child-like persona created by Scoggins. While Scoggins’ inspiration is based on comics and superheros, which are generally morally monochromatic in nature, Scoggins confronts the realism of current issues with a bliss of complex satire and irony. In ART STAR, Scoggins turns his sights to the art world and it’s eagerness to cash-in on social, market, and pop culture trends.

The works in Addenda: Rosy-Fingered Dawn at Louse Point address issues of the gestalt formal construction of visual objects, as well as the malleable nature of content. Syrell combines his recent exploration of miniature “behind-the-scenes” art world imagery with an intensive study of the formal and conceptual properties of de Kooning’s 1963 Rosy-Fingered Dawn at Louse Point. Placing these elements in proximity to one another, the work explores the forced incongruity between intent, execution, and content.

In the Palm of Your Hand, a gallery exhibition of miniature art curated by Sara Barnes

You’ll finally be the tallest person in the room.

At around 2500 square feet with 16-foot ceilings, the physical space of EMP is undoubtedly a character in and of itself. Curator Sara Barnes recently tangoed with EMP, taking in the potential of its vast space. In playful response to the space, she created In the Palm of Your Hand, a group show of miniature works.

You’re invited to interact with space in new ways. Change your center of gravity, bend, stoop, crawl, peer, maybe even squint. The objects in In the Palm of Your Hand are at once nostalgic and alien. Like giants in a dollhouse, you are transported into a realm that is simultaneously familiar and awkwardly foreign.
In the Palm of Your Hand Opening
Friday, January 10, 7 – 10PM
EMP | 307 W. Baltimore Street
FREE

In the Palm of Your Hand Gallery Hours
Saturday, January 18, 12-4PM
And by appointment: carly@empcollective.org