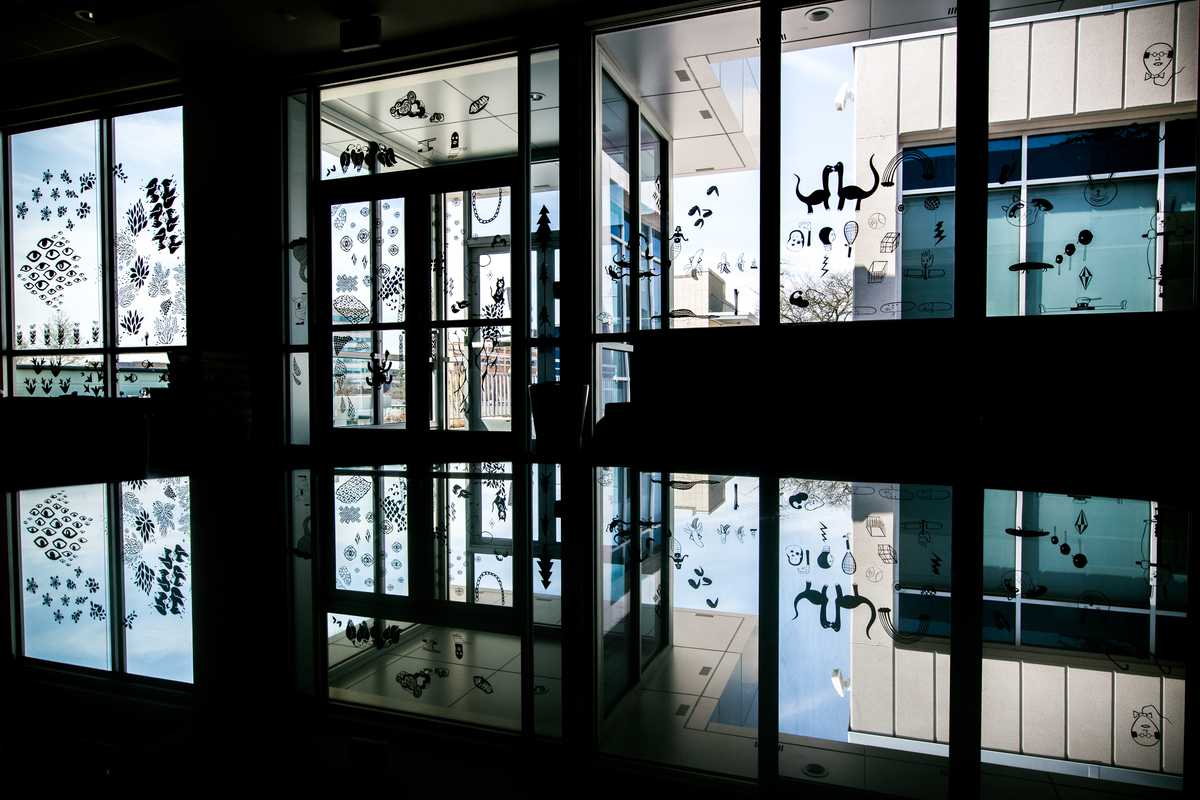 Photos from Everything On It at WTMD Studios 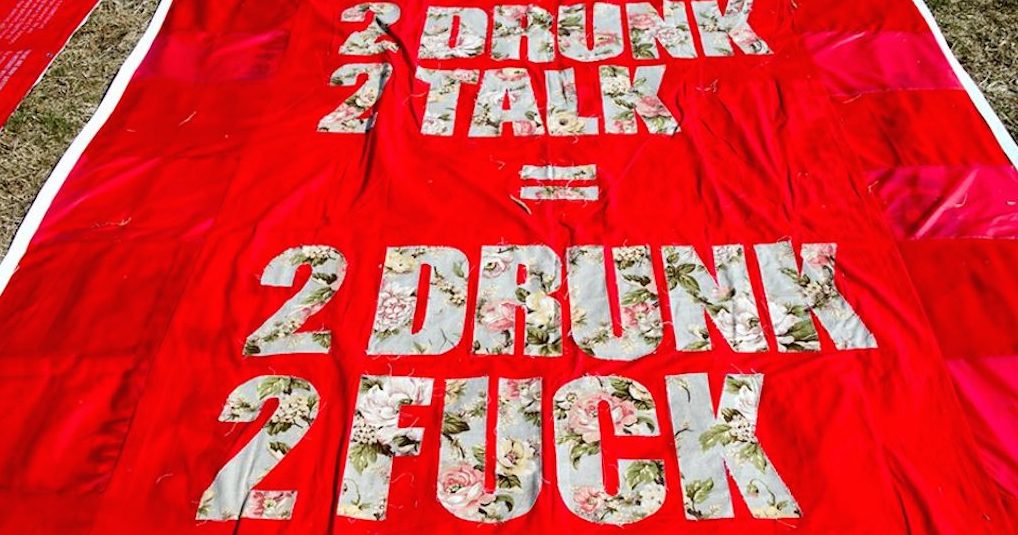 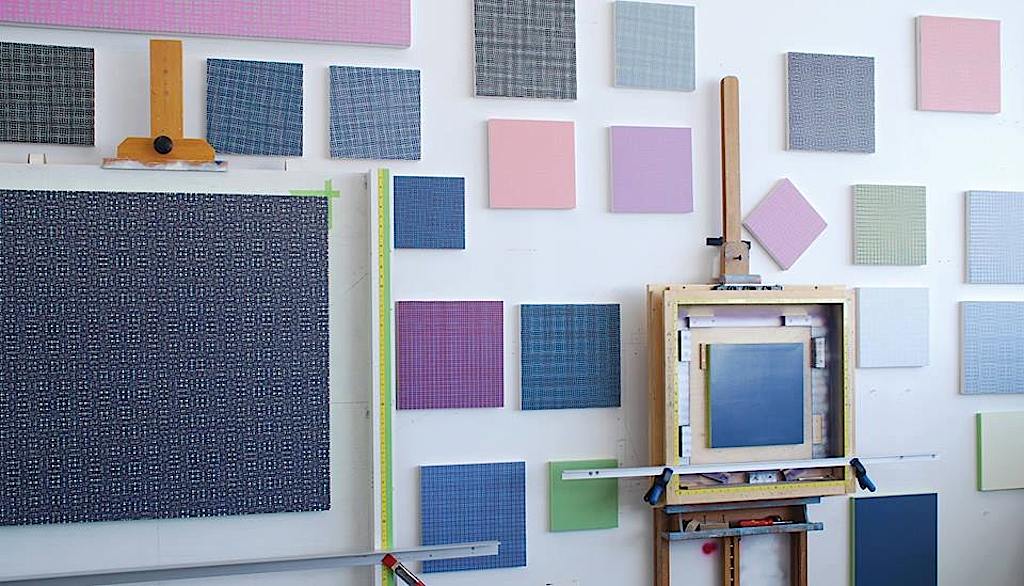 On Thursday, start your week off with superstar artist and Baltimore native Shinique Smith. She is the featured speaker for The Contemporary’s CoHosts Series, selected by Galerie Myrtis. And, speaking of Co-hosts, if you are home by 8:30 pm, watch Maryland Public Television’s Artworks – I am making my TV debut as host with public TV goddess Rhea Feikin!

On Saturday afternoon, hit the new Bromo Block Hop for food, art, and performance and then attend a free graduate symposium for MICA’s Critical Studies Program at the Walters. On Saturday evening, don’t miss exhibits at Guest Spot by Rob De Oude and Alex Paik and a solo show at Current by Sondheim Prize winner Geoff Grace. If you’re in the mood for drama, head to EMP Collective for Chronotony, a new play by Conor Kizer.

Thursday, May 1 from 6-8 pm at Baltimore School for the Arts
The lecture will begin at 7pm with a reception at 6pm. Doors close at 6:45pm.
More information here.

Shinique Smith is an artist living and working in Hudson, New York. She has had more than 20 solo exhibitions, most recently at James Cohan Gallery in New York and at the Los Angeles County Museum of Art (LACMA). Her speaking engagement and residency are cohosted with Galerie Myrtis, a gallery located near the Station North Arts and Entertainment District at 2224 N. Charles Street.

About Cohosts: The 2014 Speaker Series, CoHosts, will be presented at the Baltimore School for the Arts and cohosted with thirteen local commercial and artist-run galleries. Each gallery responded to a simple question: “Who is the one artist or art professional that you want The Contemporary to bring to Baltimore?” Each gallery will co-host a residency for their selected speaker and identify local artists for their respective studio visits. Maryland Public Television’s second season of Artworks, MPT’s weekly arts series, features intriguing profiles of established and emerging artists from across the country working in all creative categories: musicians, performers, visual artists, writers, designers, artisans – and experimental others who defy definition. Each program gives viewers insider access to outstanding artists they would never see otherwise, including many from our own area.

New this season: a rotating series of Guest Co-Hosts from Arts organizations from across the Baltimore –Washington, D.C. area. These include: Stephen Yasko from WTMD 89.7 Public Radio, Megan Hamilton from Baltimore Creative Alliance, Peggy Loar from the Corcoran Gallery of Art and College Art + Design, Gerald Ross from MICA, Julia Marciari-Alexander from The Walters Art Museum, Jason Loewith from the Olney Theatre, and Vincent M. Lancisi from the Everyman Theater.

Watch on Thursday night at 8:30 pm for Co-Host Cara Ober from BmoreArt!! Let’s hope I am not too goofy. Bromo Tower Arts & Entertainment, Inc. and the MICA Design for Change class present the first “Bromo Arts Block Hop!” On May 3, the Bromo District and merchants on the 800 block of N Howard invite you to enjoy a day of art, music, performances & food. ​Saturday May 3, 2014   10.30AM-4.30PM
Walters Art Museum, Baltimore
Free and open to the public. Lunch provided.
More information here.
Keynote Speaker: Hasan Elahi, University of Maryland
Elahi is an interdisciplinary media ar1st whose work emphasizes the social implications of technology and media. He has exhibited at Venice Biennale, the Centre Pompidou, and the Hermitage. Elahi fights the U.S. government’s assault on his privacy through an open-­‐ended art project that reports minute-­‐by-­‐minute GPS photos of his location. Guest Spot at THE REINSTITUTE is proud to present Proximities, a solo exhibition of new works by Rob de Oude. In the Project Space, Alex Paik’s Paper Constructs will be on display. Both exhibits will open Saturday May 3, 2014 with the artists in attendance from 7pm to 10pm. The works will be on view through June 21, 2014. Dreams Before Dawn: A Solo Exhibition by Geoff Grace at Current

Geoff Grace has long used the observable world to initiate adventure through inner space. Dreams Before Dawn, his most substantial Baltimore solo show in ten years, continues this mining of consciousness’ gifts through the act of looking. The works in this show present his recent approach to photographs and their presentation, building open-ended suggestions from constellations of individual moments. (Excerpted from the catalog essay and interview by Bret McCabe)

Chronotony: A New Play by Conor Kizer at E.M.P. Collective

Adapted from the worlds of H.P. Lovecraft, Chronotony is a durational play that will take place over two nights in May at EMP.

Percy, an overly eager college student, finds himself entangled with the lives of his professor, her sister, and the strange artifact they are hiding in their basement. . . the Shining Trapezohedron. Time and space distort into a single moment. Narratives rise and sink into the temporal mire as our protagonist is doomed to cycle through them again and again.

The audience is welcomed to stop by, grab a drink, and come and go as they please. But be forewarned! Your mind just may become imprisoned in. . . CHRONOTONY! More info here.