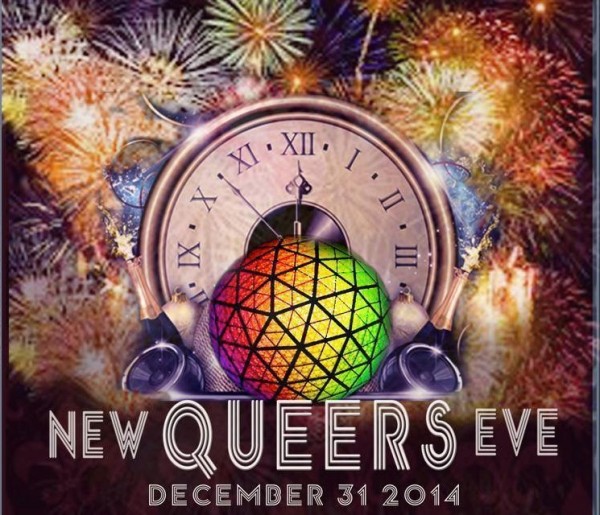 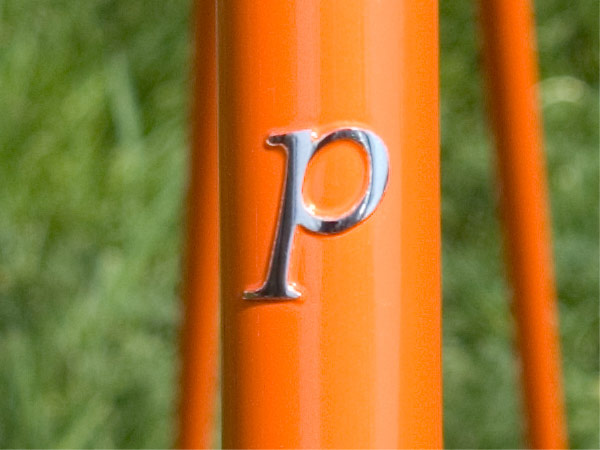 Love and Loss: 2014 Year in Review by Cara Ober 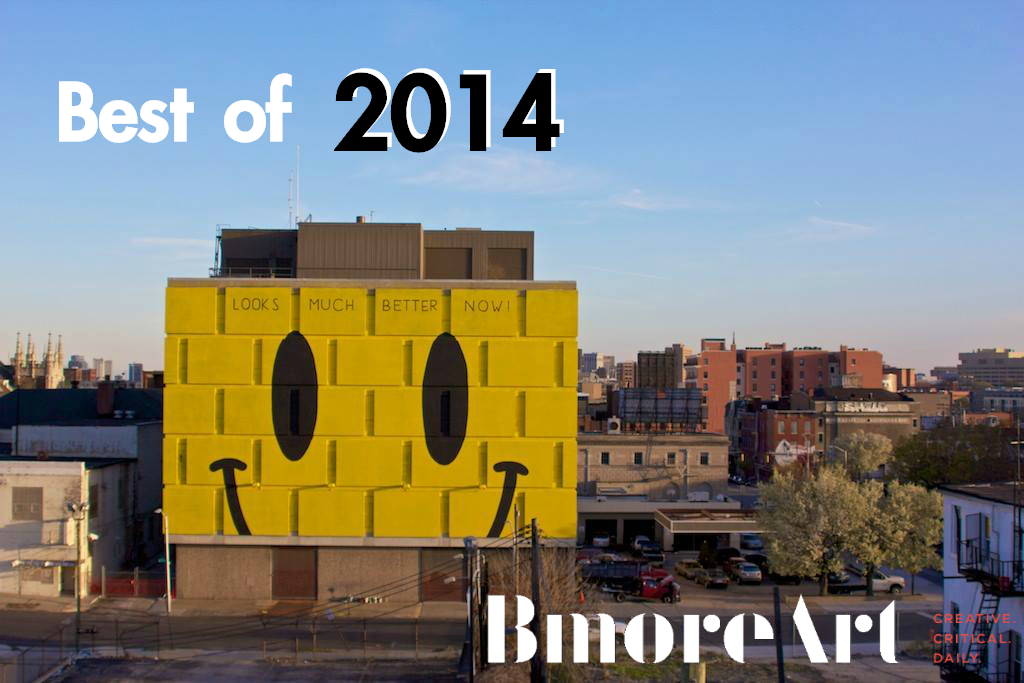 Lauren Van Slyke is BmoreArt’s Marketing director. Social media, advertising, event planning, and all sorts of miscellanea fall under her umbrella and BmoreArt is lucky to have her! Lauren’s top ten for 2014 includes art, movies, music, and events that were special to her this year. Each has a Charm City twist. Attending the opening for the Stephen Towns’s exhibit at Gallery CA was one of the highlights of my year. Short of the first time I saw examples of Kehinde Wiley’s work, this was the first time I experienced Black subjects being portrayed not in “Black Art,” but art with Black subjects. Check out Ben Levy’s interview with Towns where he explains what led him to tackle the subject matter addressed in his collection of work. Stephen’s use of saturated color and his talent for capturing the Black American experience in his work is exciting and refreshing.

Phox hails from Wisconsin, admittedly far from Baltimore, but one of the band members, Matt Holmen, was in another band when I was in college called We The Living. As president of my class I was able to invite them to our school on multiple occasions and their music provided the soundtrack to my college career.

This year I came across his new project, on his Facebook page: Phox, a six-member Alternative/ Folk indie band, fronted by a talented woman of color, showcasing exuberant, at times darkly themed music. I felt personally connected to the band and began making youtube playlists of their songs ( I was a Spotfiy hold-out for ages ). Then, while commuting to work one summer day I heard them on WTMD and it was a wrap. I was so happy to hear them on my local radio station and see that someone I knew was doing so well. I hope they continue to have success and plan to catch them at 9:30 club in February. 3. BmoreArt Talks: How to Live and Sustain a Creative Life

On September 25, we hosted Sharon Louden as a apart of her 50+ stop book tour for her book Living and Sustaining a Creative Life. Along with Cara Ober, Zoe Charlton, Andrew Simonet and Rene Trevino, Sharon gave the attendees at the talk a glimpse of her experience as an artist; how she gets things done and the importance of making revenue generators for yourself and your artistic goals.

It was an illuminating opportunity. Hearing about the experiences of the panel and how the fun things (making art) and the not so fun things (answering emails, accounting ones expenses) are the sustainers of their artistic endeavors, is a great gage for me. It was an Aha! moment: a little bit of tough love with really valuable information on how you have to make your success for yourself in the best way that works for you. Link to audio and photos here. Sylvan Esso hits me right, with a dance-y, balmy night, feel. I heard an interview with them on WYPR while driving home from a meeting with Cara and I just could’nt get the quick excerpts of song out of my head. Then, while chatting with my brother, who had also listened to the same interview in his car, remembered the band and thought I would like their music. Being open to the signs of the universe, I took the time to look up their music on youtube and fell in love. I couldn’t. Stop. Listening. To Coffee. It infected my life and I decided to make a big commitment and buy their album. I found it on an awkward first date at Sound Garden and it became my nighttime summer album for 2014. The review on Pitchfork was a little snooty but I have never bought an album based solely on a critic’s review anyway. I plan to keep a close eye on tickets catch these guys at 9:30 club next year. They sold out when they played at Baltimore’s 8×10 in October. 5. Belle at the Charles

I caught Belle, the Amma Asante directed film at the Charles Theatre and it was an emotional experience for me. On many levels this movie, inspired by the true story of Elizabeth Dido Belle, a Black orphaned member of an aristocratic family in England, deals with issues that many Black women deal with today, such as living life as a Black woman in a majority white culture, maintaining natural hair, and interracial relationships, to name just a few. It struck me, as Belle was unsuccessfully trying to dry comb her curly hair ( shudders and pets my twist out ) that Black women now are relearning how to take care of their hair in a natural state. Typing this is weird, but it is true. It was a moving scene to watch her struggle with managing her hair as she was learning about her place in her world, learning that there were inherent things about her that made her different. In a 2014 sense of things it was refreshing and welcome to see a Black woman in a Jane Austen setting. As someone with an appreciation for the decadence of the fashion of the past, it was wonderful to see brown skin next to the bustles and silks of Regency era fashion. In July I signed up for the Safety Class at Station North Tool Library. I had come across their organization while searching for DIY Baltimore Classes and was very intriugued. While researching how to get involved, I saw that the safety class was needed before I could work in their member’s workshop. I paid for the class and on the 17th showed up to get some safety tips for the woodworking space. It was a nice run down of the basic machines that are available there and a great introduction to who they are. It’s a top pick for me because I’ve always wanted to be able to make a little table or a shelf for myself and through SNTL I can! If you like to make things but don’t have all the tools needed for the job or need large machines or want some friendly, knowledgeable advice, check them out! I love Union Craft Brewing. They’ve got some great options, from my personal favorite Anthem to their winter seasonal, Snow Pants, an Oatmeal Stout. I had the opportunity to volunteer at their 2nd Anniversary party and I had a great time. I’d like to recommend volunteering in general if you are looking to get a good vibe for the local places and organizations that you love. Everyone likes free help and it is typically a good time with fun people. The staff was nice and the people at the party were happy and non-belligerent. The founders are great guys, running a solid family business. Listening to jammy music, eating from local food trucks, and drinking delicious beer was a great way to celebrate the end of the summer. I hope to get to more of their events in the future. 8. Everything on It – BmoreArt + WTMD show featuring Andrew Liang and Zoe Friedman

The Everything on It show at WTMD was the first BmoreArt collaboration with WTMD and local artists (Thank you, Sam Sessa!). It was my first introduction to a BmoreArt event and it was the start of my road to working for this publication. The music from Mountain Peaks and Ghost Life was fun and boppable, while Andrew and Zoe’s work filled the walls of WTMD with color and engaging videos. I’m still a little bummed that I wasn’t able to purchase Andrew’s ‘Maraca Squid,’ but I had fun. Next time I’ll get to the event on time, and claim my cephalopod.

I became an official Baltimore City resident this year and could not be happier. Like a lot of Hamiltonians, I’ve fallen in love with the Hamilton Tavern burger ( yes to the bacon, no to the fried egg ) and enjoy seeing the different architectural styles represented in my surrounding neighborhood. My family lived right between Loch Raven and Hillen when I was very young and moving back to the area just north has felt like an ouroboros event. I hope to stay in Northeast Baltimore for a good while. It has certainly welcomed me and I’m happy to be here and watch Hamilton develop from the epicenter. 10. The national outcry against the deaths of unarmed Black men at the hands of the police

Everyone has been bombarded with social media and news coverage about the recent killings of multiple unarmed Black citizens at the hands of police officers. Many of the stories are sad, convoluted, and enraging. As a Black woman I am very upset and concerned about the general safety of people of color in these United States. I’m do not need get into my opinions on all of these matters, but I am sure you can venture an idea on where I stand. What I want to draw attention to is the widespread participation in local, street level organizations of rallies, marches, and demonstrations, not just in Baltimore but around the world. It makes me proud of my generation to scroll through my Instagram and see so many friends participating in events that oppose the treatment of Black lives as less than others. I hope we can keep the momentum going and take our energy to march and protest, and manifest it into sustained changes.