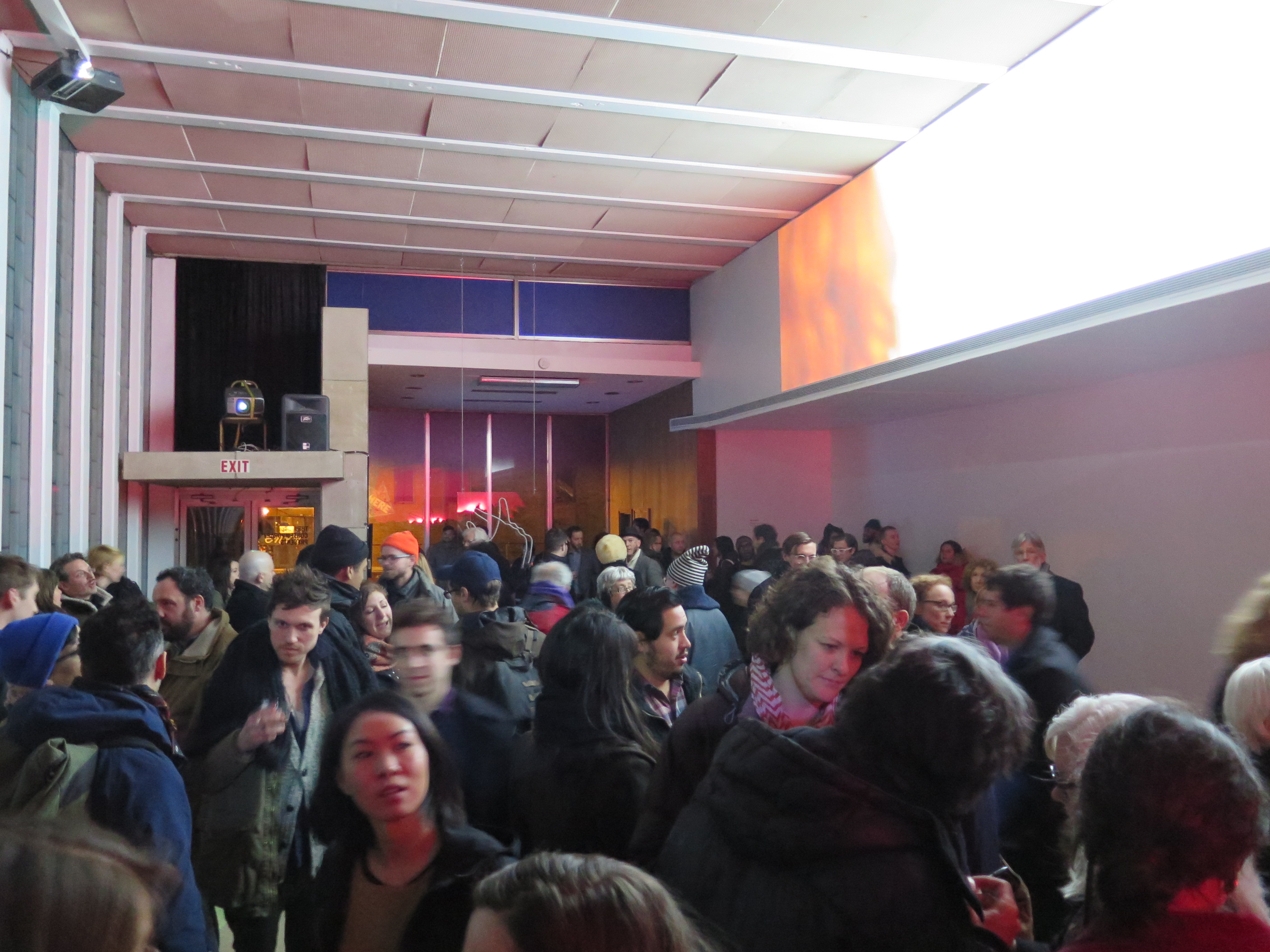 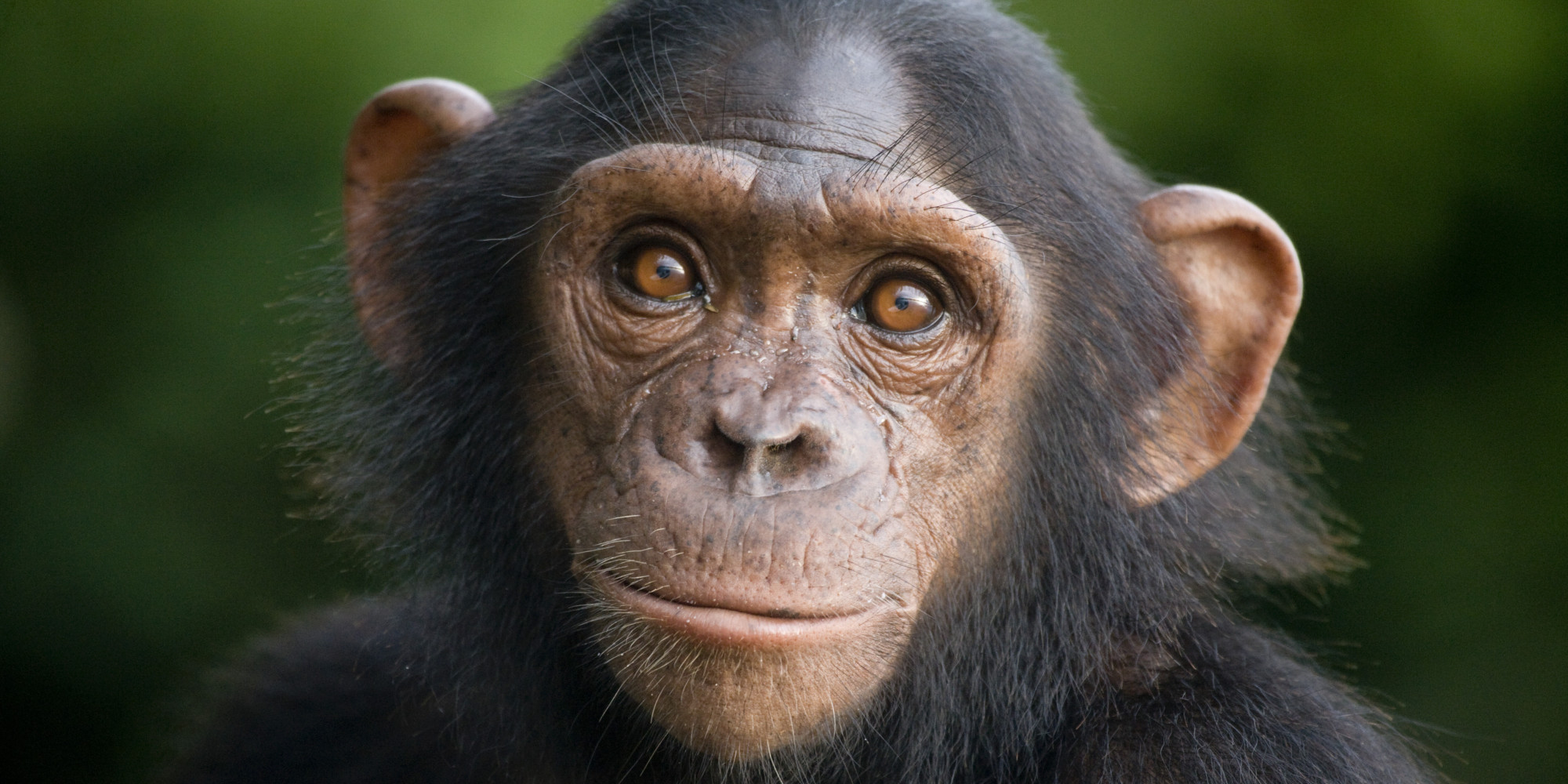 I’m a monkey. Specifically, I’m Lucy, the chimpanzee raised by University of Oklahoma psychology professor Maurice Temerlin and his wife Jane in the 1970s. Lucy lived in their home in Norman, Okla., and over Lucy’s 11-year stay she learned American Sign Language and even had had a pet cat, part of an experiment to determine how human-like a primate could become. When mature, Lucy was taken to a primate rehabilitation project at the Abuko Nature Reserve in Gambia, accompanied by graduate student Janis Carter, who tried to teach Lucy how to reintegrate to the wild.

And on the February 19 opening night of local playwright and performer Cricket Arrison’s Make Yourself at Home, I’m Lucy. I’m wearing a chimpanzee mask made by Erin Gleeson, and I’m escorted to a rear area of the Annex Theater, where Janis (Arrison) sits inside a cage. Inside the cage is a table and a pair of chairs, a notebook and voice recorder atop the table. Carter is busy writing when I approach. When she looks up and sees me she immediately brightens, welcomes me back, gets up and walks over the opening of the cage. She tells me she missed me and invites me in to sit down. This low-lit enclave is Home‘s entire performance and audience space. The play is one-woman, one-audience member show where Arrison plays the caring grad student and the only other human in the room plays the chimpanzee: you.

Home runs through Sunday, Feb. 22, and if any timed tickets for this ingenious play remain, jump on one. Home is a roughly 10-minute head trip—Arrison performs the play as a loop over the course of the evening—DIY theater as portal into an alternate point of view. And it doesn’t even occur to you how it’s accomplishing that until you’re about ready to leave and take the chimpanzee mask off.

The plot is innocuous. Arrison’s Janis greets you, asks you how you’re doing, often speaking and signing in unison. She picks up the recorder to document what’s going on. Apparently, I’ve been gone for two whole nights, and for the first time ever didn’t sleep with Janis or on top of her cage. She wonders if her efforts to “rewild” Lucy are working, and to test that she’s going to administer a few tests to see what I recall from my more domestic upbringing. Janis then starts talking to me as if I’m supposed to interact. I have to confess I wasn’t sure what to do. I shamefully don’t know sign language, so I couldn’t sign back. And since I’m Lucy’s stand in I figured I wasn’t supposed to speak. I did a lot of nodding and smiling and shrugging and laughing and giggling and mimicked the signs she made at times. She asks me to make a grrr face, so I do. At one point she tells me that she’s going to give me a test to see what I can recall, laying out a series of colored sheets of paper in front of me and asks me which is the red one.

OK, sure: I point at the red one. “Correct response,” she says. I answer a few more and get a “good girl!” reward. And then I’m given Lucy’s favorite object from her childhood: a handheld mirror, and I naturally pick it up and look at myself. I’m a monkey.

It’s at this point that I start wondering just what in the actual fuck is going on here. I feel like I’ve been transported to kindergarten. And then Arrison’s Janis finds her keys from home and starts going off on this tangent about how she doesn’t even know why she has so many and, look at this, her keychain includes one of those buyer reward club cards with a UPC bar code that supposedly gives you discounts at the cash register, though it’s really just trying to track everything we do, you know? And I’m thinking: aren’t I supposed to be monkey here? Why would I be buying orange juice?

It was at this point that I almost snorted out loud. I don’t think Lucy went through the exact chain of thinking as I did in this moment, but I was starting to wonder what Lucy was thinking all those years. What does this crazy woman want from me? Sure, I’ll point at the colors. I’ll make the same hand motions as you. I’ll make my face do the face you just made. I’ll smile when you smile. Does that mean we’re communicating? Does that make us close? Does that mean we understand each other?

I don’t know, and I don’t really care to answer that question with any evidence-based argument. All I do know is that in less than 10 minutes Arrison succinctly invited me to consider what it’s like to be the subject of a scientific study and not be able to say anything about in my native language. She got me to wonder how it felt to look at a person and try to guess what I was supposed to do. She got me to experience what it feels like to want to stare at my chimpanzee face in the mirror. And it didn’t take much of a push to get me to wonder about these things. After all, I am a human-like primate.