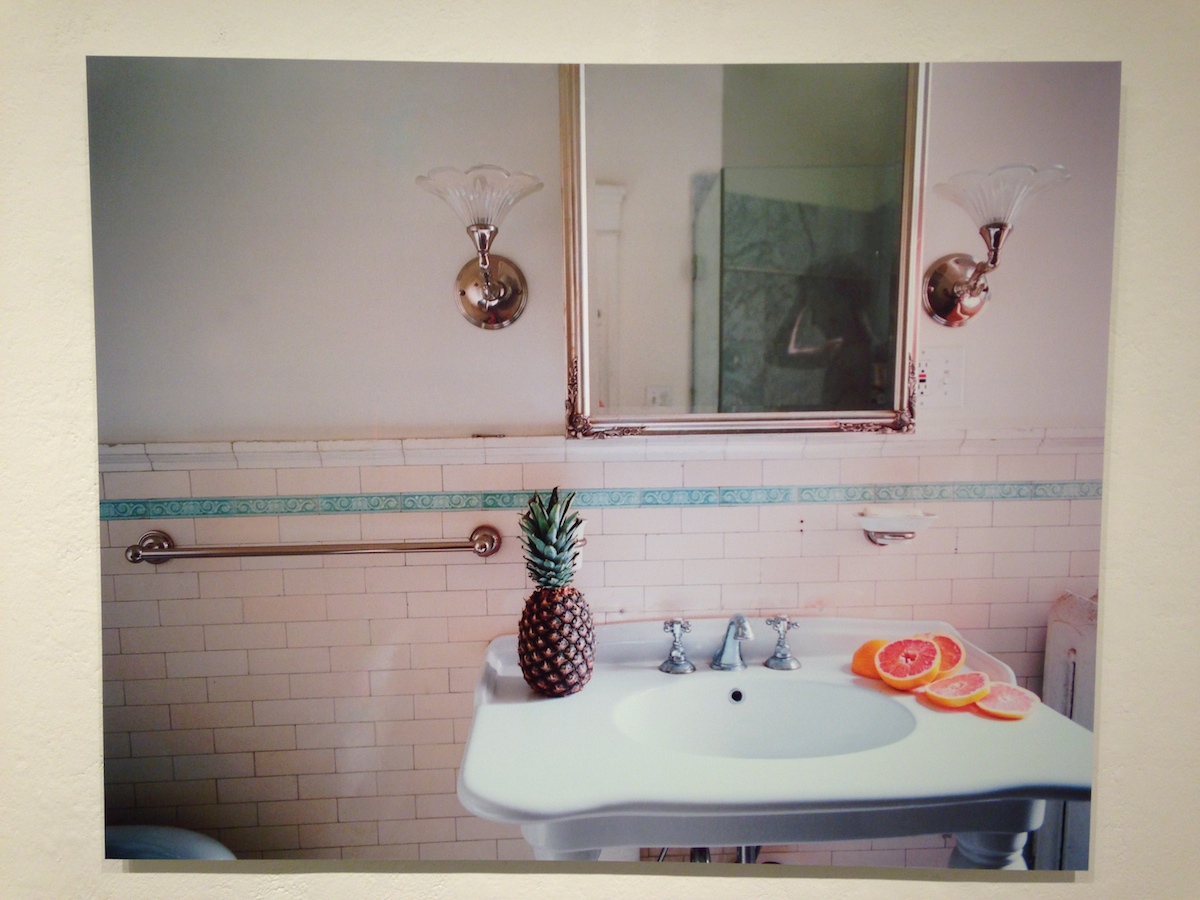 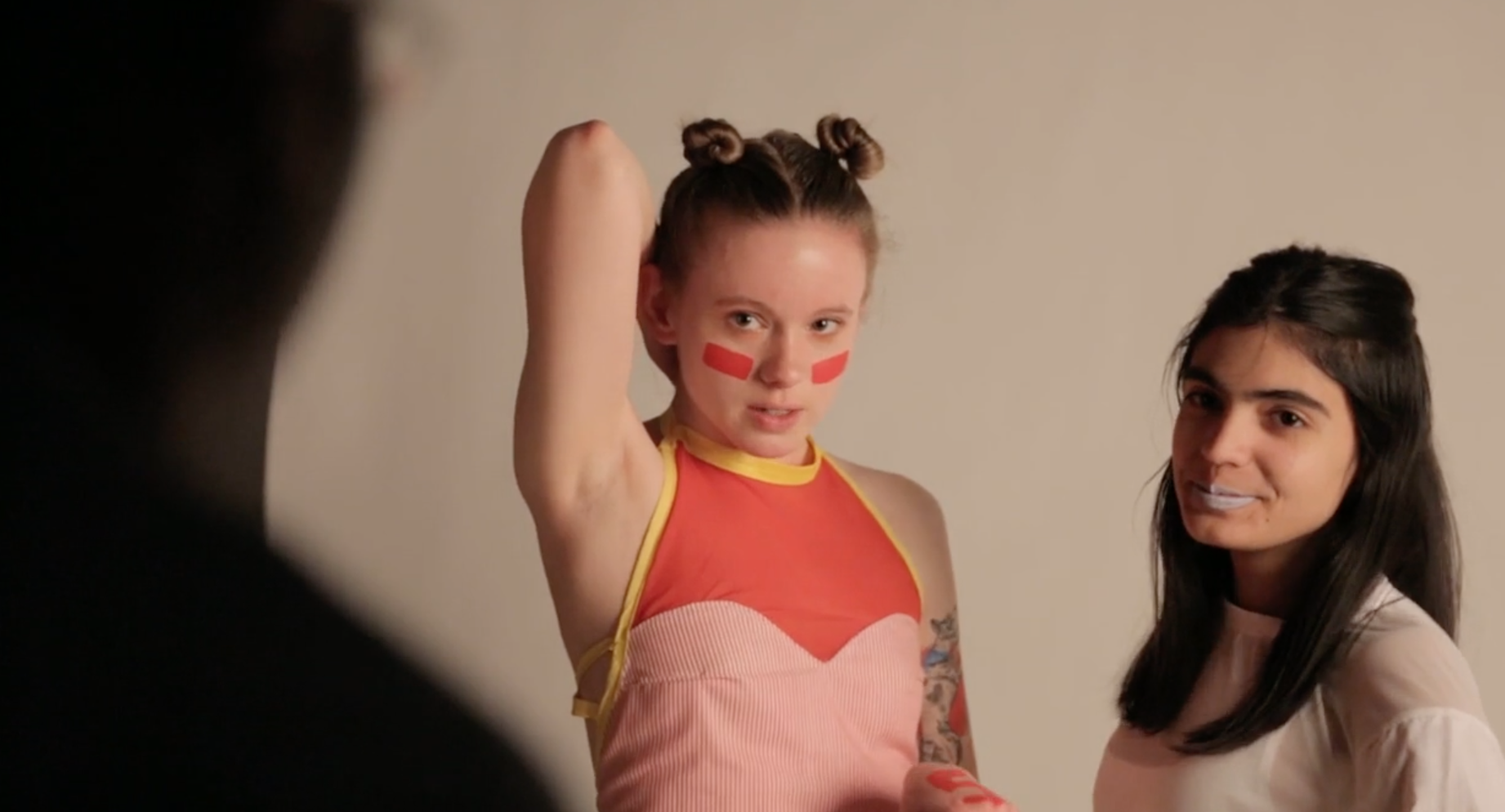 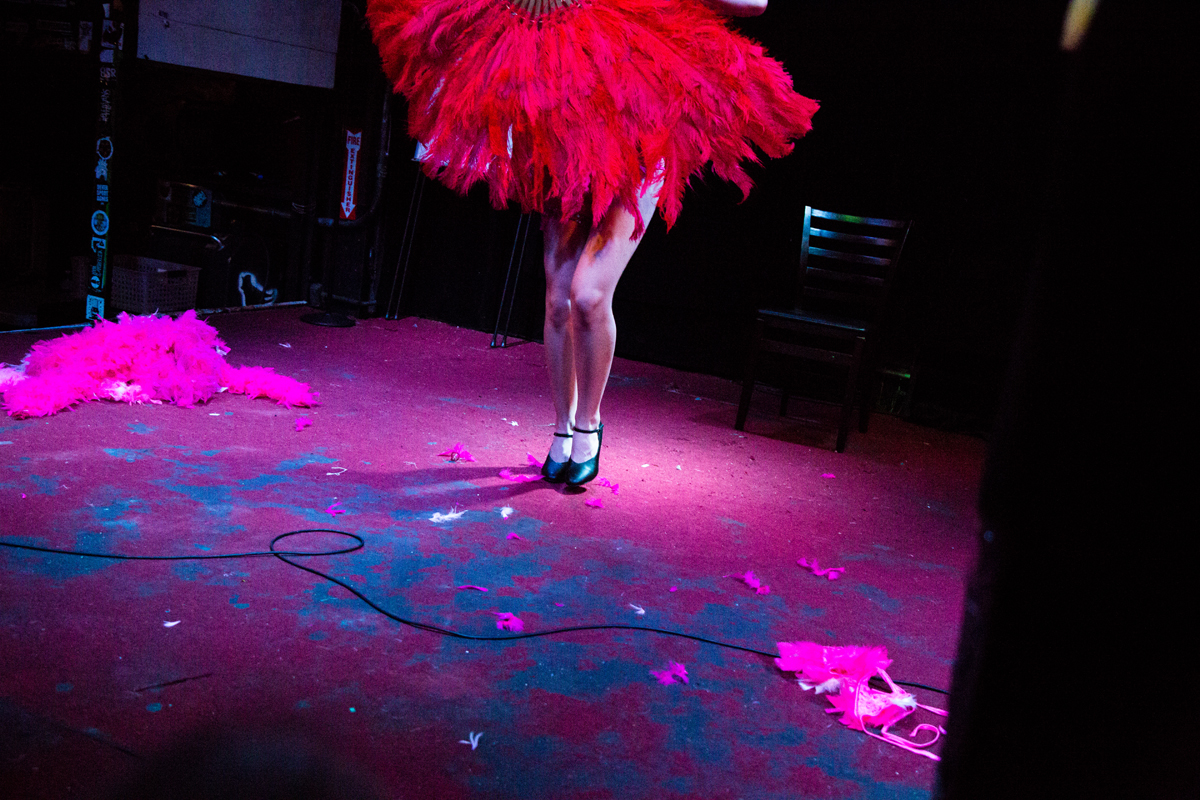 If neo-burlesque is a testament to anything, it is that any household object—be it a satin glove, a plastic fish, a puppet, or a velvet curtain—can have sex appeal.

Don’t Knock the Block captivated- audiences with fifteen dancers who each presented their unique take on burlesque. A fundraiser to support performers competing at the Burlesque Hall of Fame’s convention in Las Vegas, the event brought members of various local burlesque troupes together, such as Bawdy Shop Burlesque, Gilded Lily Burlesque, and TimelessTease Productions, to perform on one stage. An American tradition inspired by Victorian antecedents, burlesque originally consisted as a variety-show format with acts dedicated to comedy, acrobats, and exotic dancers. The performance art experienced resurgence in the 1990s as neo-burlesque, popularized by Dita Von Teese, with a focus on theatrical elements and burlesque’s original glamorous connotations.

The show opened with Bawdy Shop Burlesque founding member Kay Sera taking the stage. With her highlighter pink pixie cut, eyebrow-grazing false eyelashes, floor length magenta prom gown, and matching gloves, the forty-something performer radiated enthusiasm. After introducing herself and the fundraiser, the music was cued and she began her performance, starting by spending an excruciatingly long time pulling off a glove.

Dancer Tapitha Kix of Twisted Knickers Burlesque took the stage in point shoes and proceeded to do arabesques across the stage and balance herself on a chair. A voluptuous woman, the performer’s body type defied both burlesque and ballet stereotypes, giving a graceful performance that concluded in her twirling red nipple tassels in a nod to tradition.

In addition to honoring current burlesque dancers, Don’t Knock the Block paid tribute to Baltimore’s burlesque history. The show’s title is an homage to “The Block,” the 400 block of East Baltimore Street and hub of burlesque activity during the mid 1900s and home to Charm City’s infamous 2 O’Clock Club. The area has since been replaced with strip clubs and sex shops, located adjacent to Baltimore’s Police Headquarters. Ottobar’s entry hallway contained vintage photographs of local 1950s burlesque queen Blaze Starr, amongst others, with text panels informing visitors about the dancers and the city’s former burlesque scene. Distinguished Baltimore critic and writer H.L. Mencken is credited with coining the term “ecdysiast” to describe a more elegant form of stripping.

Other acts, such as Mab Just Mab’s elaborate puppet performance, were even more outlandish. Mab appeared onstage dressed as Minnie Mouse and proceeded to unwrap her apron to revel Minnie Moi, a burlesque puppet, attached to her midsection. Rather than begin undress, Mab proceeded to manipulate the puppet’s marionette arms to strip it down to pasties and dance about. The performance that was simultaneously fascinating for its subversion of the audience’s expectations and simply disturbing.

Morna Handful performed a burlesque cortège, pacing the stage in dark glasses, a Victorian top hat, and a mourner’s cape that she tore off to reveal a steampunk-inspired Tinkerbell ensemble underneath complete with a set of wings and lantern. Inspired by Charm City’s lawn icon, Dolly Longlegs donned hot pink feather boas and a prominent flamingo beak. Ruby Spruce put her own spin on tassel twirling, donning a floor-length green velvet curtain complete with a rod and gold trim and tassels. Buxom rock-n’-roll themed performer Bambi Galore shocked the audience by lighting her nipple tassels on ablaze on stage.

The question neo-burlesque inevitably raises is whether this form of performance is feminist, or merely just a glorified version of stripping that promotes female objectification. Don’t Knock the Block was an environment of acceptance, where body types of all shapes and sizes, most of which would not be typically classified as beautiful, were accepted. While watching women undress publicly for the sake of the audience was uncomfortable at first, it quickly became empowering to see women who were confident enough with their bodies—despite their flaws, wrinkles, stretch marks, and signs of age—to celebrate them.

Don’t Knock the Block was not only applauded the diversity of body types but also gender bending burlesque. One of the best acts was drag queen dancer Betty O’Hellno’s rendition of Lana Del Rey’s “Summertime Sadness,” reworked as a tribute to her dead cat. Sulking around stage in a blonde curled wig, sunglasses, black painted tears, and a red ruffled robe, Betty lip-synched as she opened a hatbox to reveal a black cat, presumably her deceased pet to which she was singing. In a dramatic finale, she threw off her sunglasses and corset to reveal furry white kitty pasties and matching underwear.

Another notable act was comedian Violet Gray, who entertained audiences with stories of her experiences as an African American transgender woman in Baltimore, and her previous life as a black male. Overall, the event was not a lurid display of women taking their clothes off for the audience’s enjoyment, but rather one that promoted an inclusive view of women—whether sex female or not—and their choice methods of self-expression.

Don’t Knock the Block presented audiences with a fresh, modern take on burlesque that proved that women and men of all ages can be proud about their bodies without being too serious.

Author Madeline Wheeler is a Baltimore-based writer from San Francisco enamored with ALLOVERSTREET and art documentaries. When she is not secluded to her apartment writing, she can be found dancing at The Crown or finding the latest pho place.