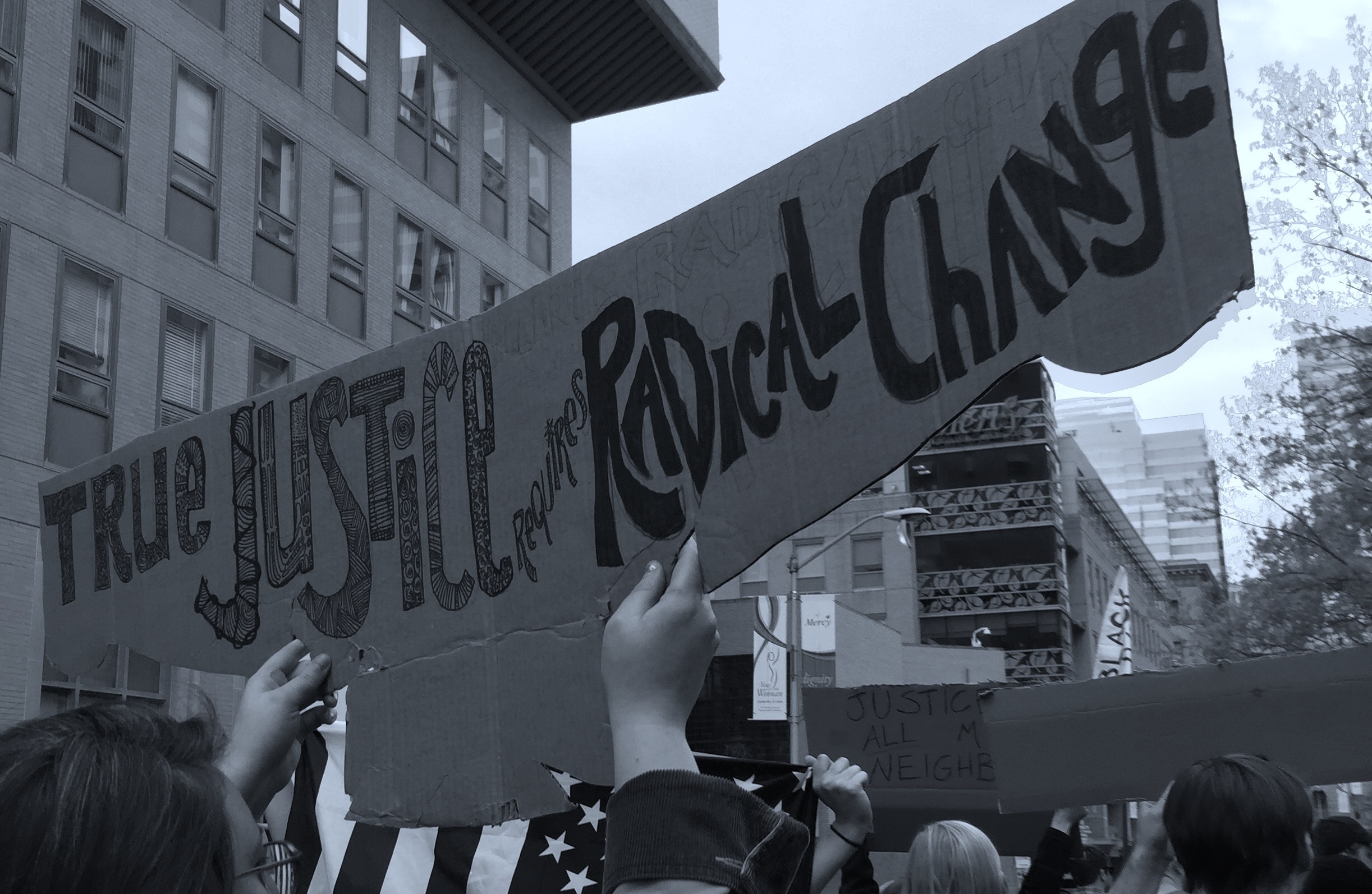 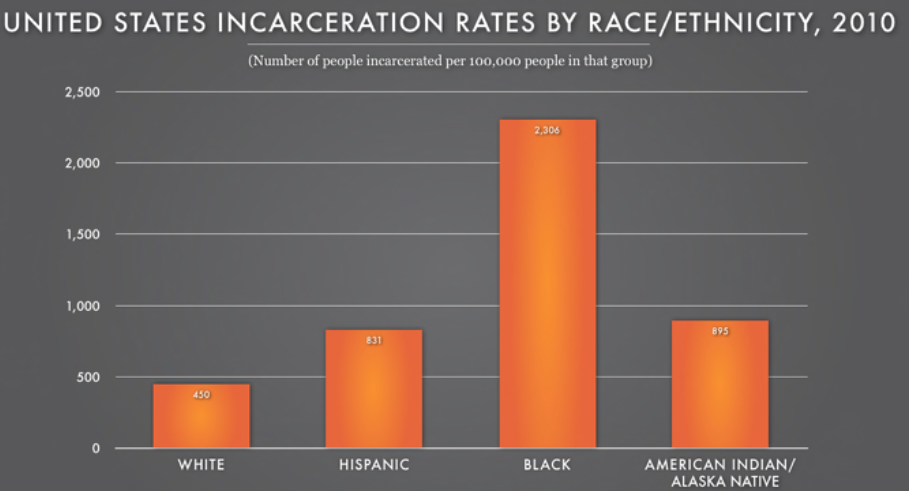 War on Drugs = Poverty in Baltimore ? 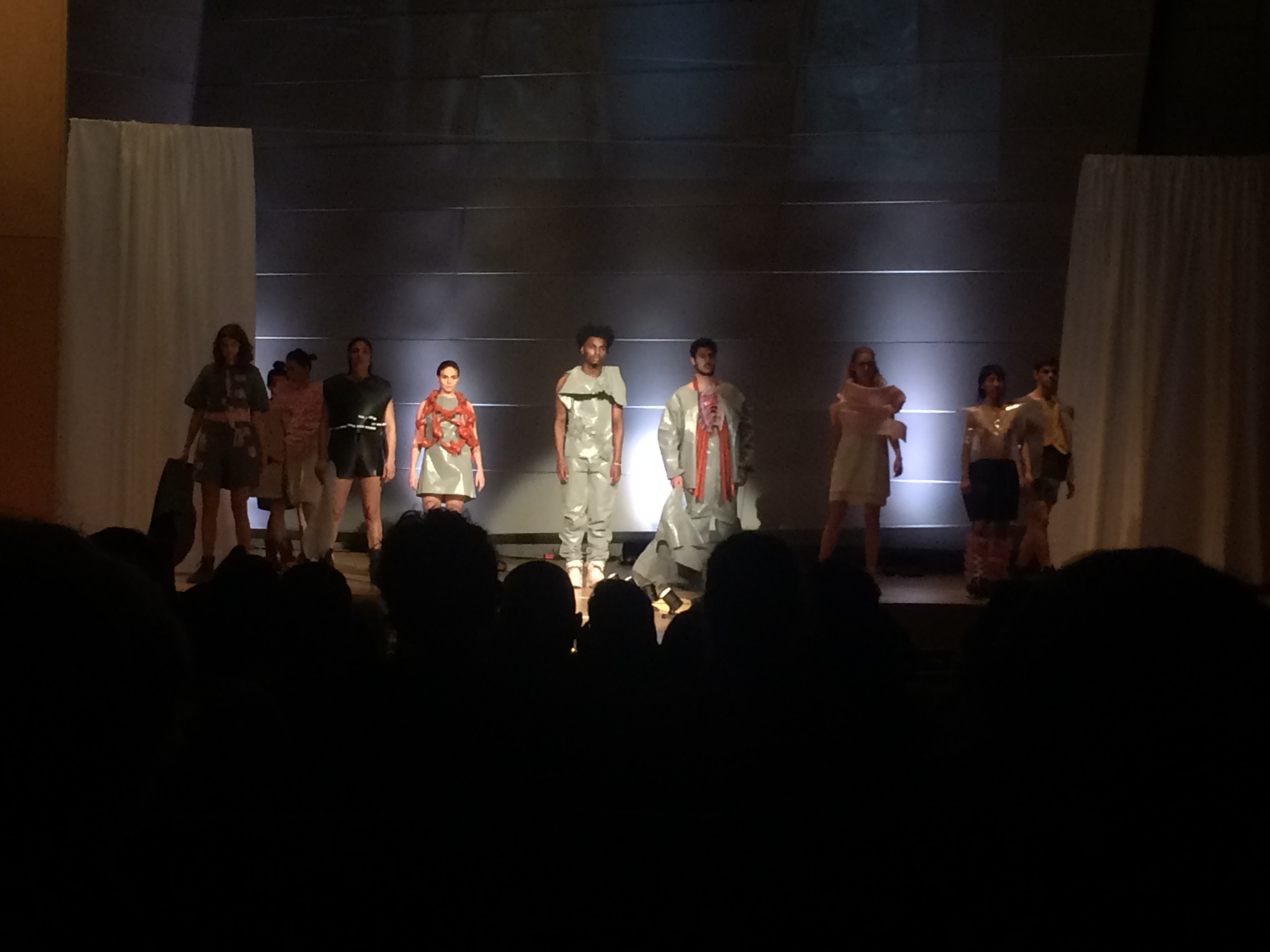 When attending a fashion show, the decisions regarding your own wardrobe choices can be crippling. I was so plagued by this dilemma that I arrived to MICA’s fashion show fifteen minutes late. Slipping into an empty seat in the back of Falvey Hall in the middle of the first designer’s set, I cursed my wardrobe woes, MICA’s surprising punctuality, and watched as TimeLapse began to unfold.

The 22nd annual benefit fashion show’s theme of time lapse encouraged students to reinterpret subjects from the past for modern day and predict designs for the future. The show was divided in half, with eight designers representing the past, eight representing the future, and one serving as a bridge between the two. The two and a half hour long show included work from twenty students—six of which designed in teams of two—from a variety of backgrounds, majors, and grade levels.

Sponsored by the University’s Office of Diversity and Intercultural Development and the MICA’s Black Student Union, the annual benefit fashion show celebrates the “dazzling diversity of race, culture, nationality, gender, and sexual orientation represented by MICA’s student body,” according to the event’s program.

The venue, a four hundred-plus seat auditorium with a central stage, did not lend itself well to the event’s format. Due to the immobility of the auditorium style seating, the runway extended merely to the front row, unlike a traditional runway where guests sit on all three sides of the platform. The details of the garments and their construction were lost to those not seated in the first few rows, and although a live stream of the show was projected on the wall above the stage, the footage was rendered unreadable by bright overhead lighting.

While some collections resembled traditional fashion with models that strutted confidently down the runway, others were heavily influenced by performance art. In Ursula Populoh’s A Village Festival, the seventy-three year old student had MICA’s Choral group don her garments, and walk in a processional to the stage while singing a capella. Populoh’s oversized garments—crafted with reclaimed material and inspired by traditional Central Asian and Middle Eastern styles—melded numerous bold patterns and colors. Each different outfit was created to reflect a specific aspect of the community, such as happiness, creativity, trust, friendship, and loyalty.

In junior Caroline Creeden’s Beautiful Decay, models paced the stage in a slow, contemplative manner before confronting the audience at the end of the runway. Inspired by the decomposition of organic materials, Creeden sewed dried flower petals and leaves into her white chiffon garments. Models paced the runway barefoot, donning pale sheath-like dresses or nude save for high-waisted shorts or maxi skirts. Although the clothes themselves underwhelmed in a runway setting, the parallels Creeden drew between fading beauty of women and natural materials were fascinating.

While Beautiful Decay and A Village Festival nodded to more refined, classical performance arts, freshman architectural design student Sebastian Ruiz’s collection countered traditional runway norms with a raw, street culture-inspired energy. A model assembled a screen onstage made of PVC tube and fabric as others trudged down the catwalk. At one point, the fabric screen was lifted and a male model in a head-to-toe white ensemble rode a bike through the PVC frame, doing tricks across the stage. Inspired by his Cuban heritage and the country’s economic isolation, Ruiz’s garments were constructed out of salvaged materials. Primarily focused on menswear, Con Nuestros Propios Esfuerzos includes an India ink dyed canvas coat, accessories made of braided synthetic hair, and a mesh mosquito safety suit. Ruiz’s original use of materials and fine tailoring were as compelling as the show’s unconventional approach.

The use of unconventional clothing materials was a popular theme throughout Timelapse, the most alluring of which was Rug Burn, a collection assembled with home improvement materials. Juniors Camille Hallin and Kevin Lowenthal’s collection was a series of sculptural pieces fashioned out of insulation felt, sheet rubber, and various plastic industrial materials constructed through weaving, sewing and patterning techniques. Despite the materials’ nontraditional nature, Hallin and Lowenthal’s garments—which ranged from large statement neckpieces to structured capes—were expertly constructed and presented atypical silhouettes, recalling avant-garde looks from established designers.

While some students posed innovative solutions to construction and material, other collections were significantly less resonant. Freshman Luca Tanaka’s Bones of Time, a series of black and white garments, was a bit lackluster as the bone and coral adornments appeared to be adhered randomly on the body. The unisex nature of sophomore Kat Zotti’s Equal Futures was conceptually appealing, but the juvenile sparkly, purple palette did not reflect her strong mission.

Overall, MICA’s 22nd annual benefit fashion show presented a diverse range of student work in a compelling performance that could captivate the likes of sartorialists, fervent Project Runway fans, and even those uninterested in the field completely.

Madeline Wheeler is a Baltimore-based writer from San Francisco enamored with ALLOVERSTREET and art documentaries. When she is not secluded to her apartment writing, she can be found dancing at The Crown or finding the latest pho place.