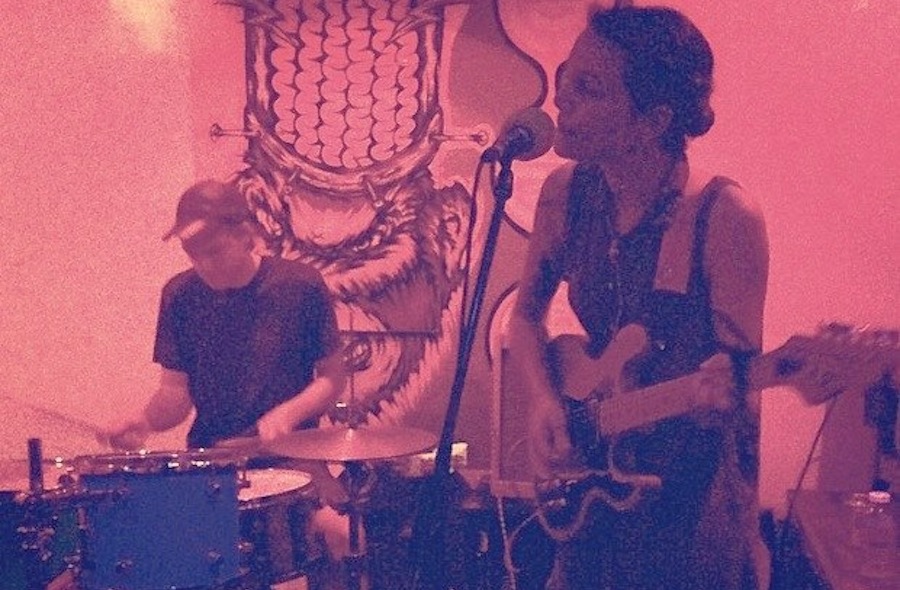 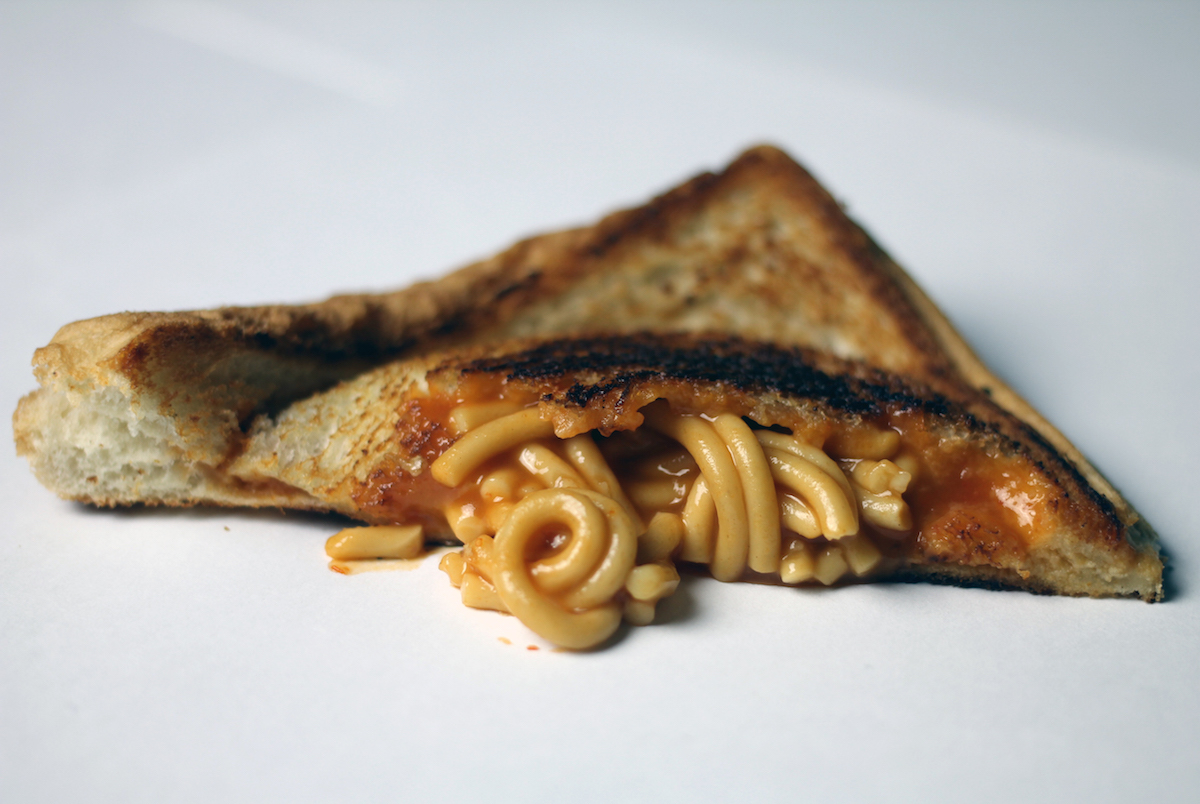 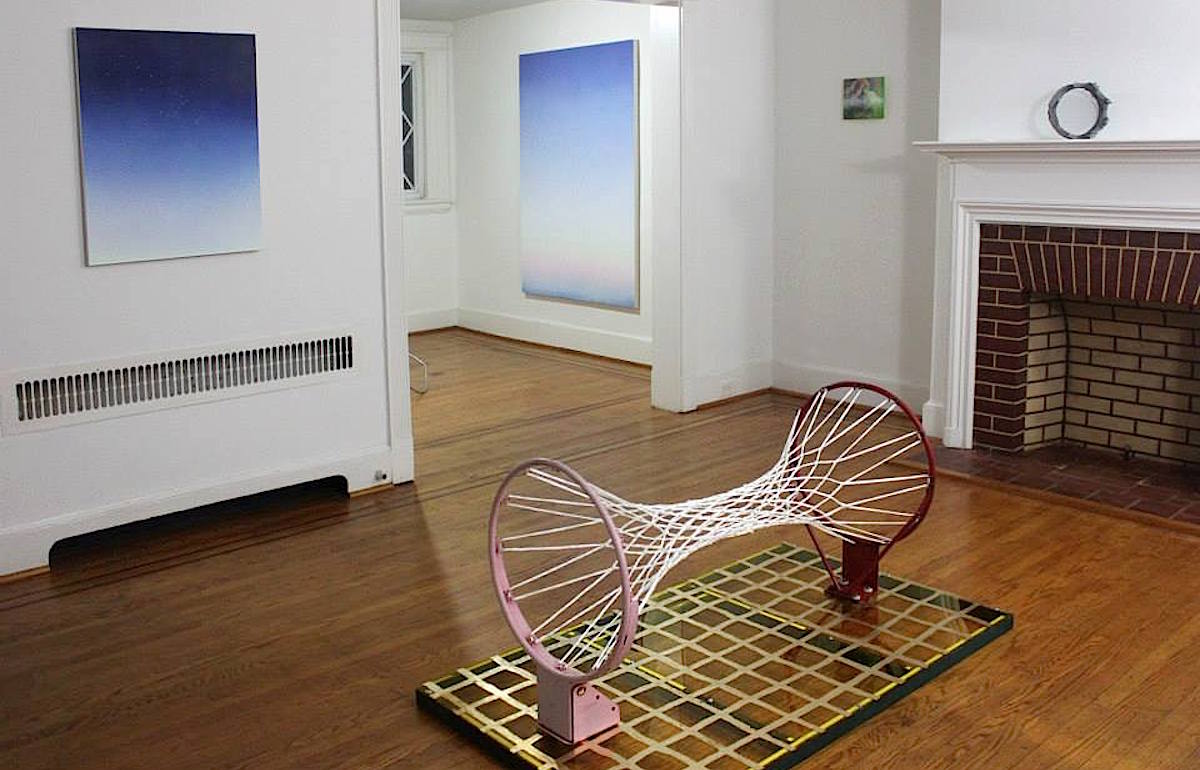 Boyang Hou’s now closed exhibition FIN, appropriately titled as the final exhibition at Lease Agreement, felt more like a two-person exhibition than a solo. In the gallery housed in a Waverly residence, the East Coast artist presented opposing sets of ideas searching for syntheses.

Hou’s austere, sublime airbrush paintings of text constellations in the heavens easily recalled Ed Ruscha and were pitted against lenticular photographs of athletic baptisms culled from popular sports that recalled Paul Pfeiffer’s videos in their brevity and subject. But that was not all; away from the 2D works Hou also went up against his 3D works of cast aluminum crowns and doorstops with found object manipulated basketball hoops. Overall, FIN covers two years of Hou’s creative output and leads you to a handful of conclusions. Hou’s pieces can seem disconnected and in need of editing, yet in another way expose us to many of the collaborative curatorial concerns of Allison Yasukawa and Adam Farcus.

The artist duo, who ran Lease Agreement out of the front rooms of their Waverly rowhome before their recent move to Chicago closed the project, consistently posed a unique, experimental approach. Their goal was to open a physical space to consider artists at crossroads, in the wake of a residency or simply in the process of experimentation. Add to this that Lease Agreement linked itself to the artists who passed through ACRE (Artists’ Cooperative Residency and Exhibitions) based in Chicago but housed on land in rural Wisconsin, and you can further interpret their interest in practice, concept, and risk. Hou recently finished a residency at ACRE and FIN definitely shows work trying to stretch its legs, relate to previous work and find some footing – and it has some success. Where Hou succeeds most is in the moving lenticular photo series Thirst, where coaches are baptized with water coolers of neon electrolyte laden liquid. As you move across the surface the image shifts from images of liquid close up to the moment of triumph: being dumped on the coach’s head. Earlier, I referred to these images as 2D but this motion and transformation by way of the lenticular image really activates them as brief time-based media and sucks you into this popular vernacular recast as a sacred ritual baptism.

These photos pair nicely with Hou’s blackhole-like structures of ‘Void’ and ‘Untitled (Warp)’ that use basketball hoops as a portal. In ‘Void’ the hoop warps out like a take on Eva Hesse’s ‘Hang Up,’ but is tethered not to a frame (or to the burdens of painting) but to a Lifetime Backboard. Much like a wormhole, the woven nets in ‘Untitled (Warp)’ depict two planes of play meeting on a vertical axis. To score is to enter hyperspace. The Skywriting paintings and two year old aluminum cast sculptures however act as misdirections. Skywriting uses sublime airbushing into text of the title of the show (“FIN”) made with faint white dots. This series includes other text pieces: “QUIET” and “RIOT” (though not Quiet Riot together). Again this acts as a diversion along the trajectory of FIN, we’re maybe catching the artist at a turn – or in the wake of a residency where a lot of work was made or conceived.

Piecing together the success and failure from essentially three (maybe four) bodies of work makes a clunky á la carte and that’s not really our job here. Certainly there are threads here that need to breathe, and I know in time they will. Hou has talent and the work succeeds, and some of it even works together at getting us to some of the transcendent even cosmological weight of athletics — which, barring a few artists such as Paul Pfeiffer, early Matthew Barney, Catherine Opie, and maybe Malcolm Morley — is rarely approached well in fine art. FIN also carries with it a bit of sadness in that it is the final installation at Lease Agreement. However, it is a fitting end. Yasukawa and Farcus arrived in Baltimore at around the same time I did. Like me they hailed from the Chicago area and were heavily influenced by artist run “Uncomfortable Spaces” that became the heavy apartment scene in the early 2000s where I cut my teeth as an artist and critic when I moved to Chicago in 2001.

These Alternative Spaces were unified by their odd locations in side rooms, basements, and garages around Chicago. They would run the gamut from artist run to non-commercial, to curatorial projects but all bending a quasi-domestic space into a place an audience would consider art. In fact, Chicago’s scene has echoes being felt today where apartment spaces such as Western Exhibitions (which was originally a nomadic space) is now in a commercial space, or apartment spaces like Bucket Rider evolved into Andrew Rafacz Gallery in Chicago and Loudhailer in Los Angeles.

Tim Fleming who ran 7/3 Split out of his home now owns Fairground Associates that runs the Art Los Angeles Contemporary Fair – and this is just to name a few, obviously it isn’t all success many great projects faded into the night as those who ran the spaces moved on to be curators, focus on their art practice or just move on. It was casual in engagement but serious (for the most part) in exhibition. It wouldn’t be rare to see a review in Artforum, and over some Old Styles find it hard to believe that a show in a 10ft x 20ft space in the front room of a walk up apartment was being taken as seriously as any ground floor commercial space. In that sense I understood Lease Agreement and enjoyed their presence and the friendship of the artists who ran it. I always got the feeling that Baltimore never quite knew what to do with the space, if it ever visited, maybe it was because the artists they exhibited went outside the radius of most exhibitions in the city? I don’t know. To me, their act of import and their connections to ACRE only made Lease Agreement something I had to see.

Cities tend to talk in circles, Baltimore and Chicago included, and the absence of their refreshing voices and those that they gave space to will be missed.