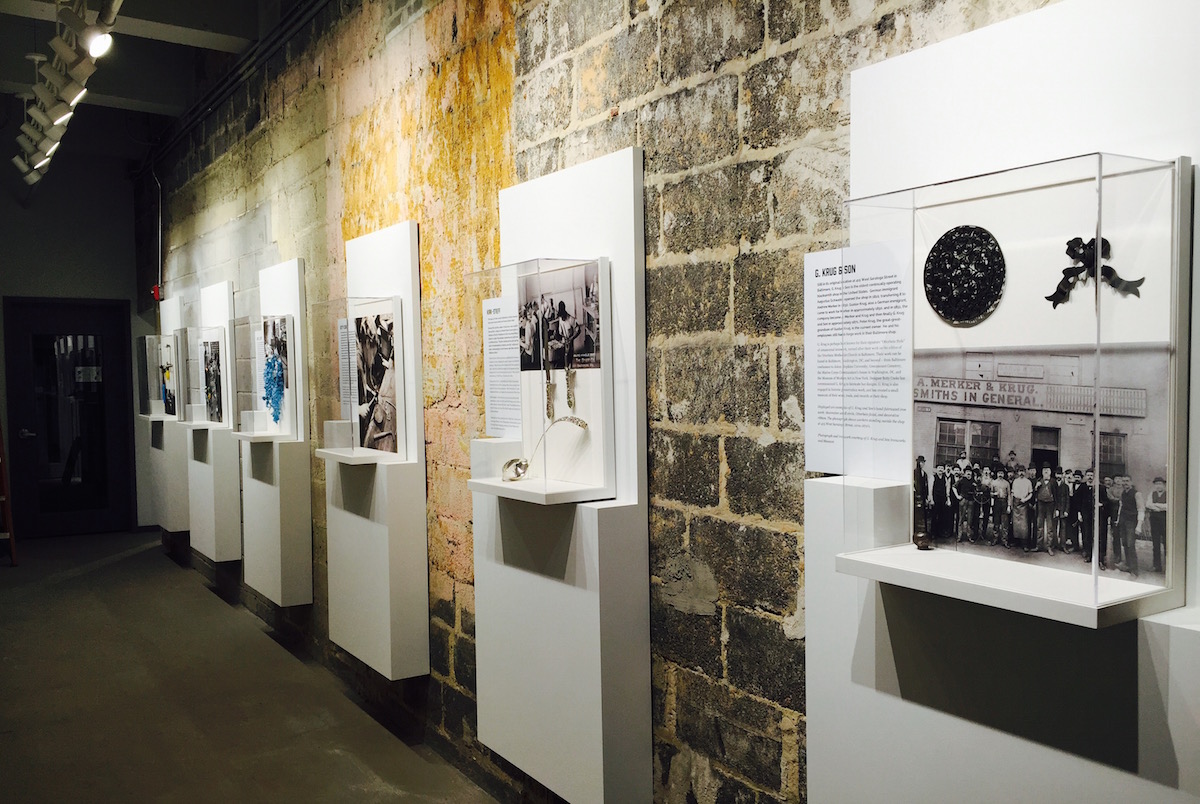 Parlor Plays: Peter Davis’s “A Gathering” and “Bring A Shovel”
By Seola Lee

Pale-faced, blank-eyed Cody sips at whiskey while sitting in the middle of the hall surrounded by a dozen audience members. Aunt Lu, who has been seated among the cast in the back of the hall, enters the scene and stirs up the silence with bombastic movements as if to chase away her grief. There are two chairs, a man with a bottle of whiskey, and six other characters jumping into the scene in turns in front of us—we are joining a post-funeral gathering in Southern New Mexico in the Mesilla Valley.

Peter Davis presents two brief family dramas, “A Gathering” and “Bring A Shovel,” separate episodes set in the same region with some recurring characters, to the warm lit parlor of Church and Company, a multipurpose venue in Hampden. He describes his production as Parlor Plays, defined as “two staged short (original) plays once or twice a year,” along with monthly readings and discussions following. The setting and location befit the description as the hall, embellished in a gothic revival style, is more similar to a private salon than to a theatre, with no raised stage or separated audience seats.

“A Gathering” centers around Cody, who is grieving his mother’s death. Six guests – Aunt Lu, Poo, Carl, Cindy, Donna Lee, and Casey – interrupt his solitude and try to console him in their own ways. As the plotline itself is rather simple and less dramatic, Cody’s exchange with each figure becomes the main force that dominates the scene. Like a book with divided chapters or several vignettes woven into an all-round portrait, each interaction reveals not only their personalities but also details outside the plot, such as Cody’s estranged wife Donna’s possible relationship with Tito Gonzales or the past life of his mother, Jenny McCauley.

The theatrical structure of peripheral characters revolving around the main one is experimental, as the director acknowledges during the discussion afterward. At certain moments, the switch between characters feels overly dramatized and schemed, especially when a musician named Casey, the last guest, leads Cody to play his mother’s guitar, forgotten for a long time. The audience can see how Cody reaches a kind of resolution as he plays “Will the Circle Be Unbroken,” but at the same time question how the ending is justifiable. Except for Casey’s intervention, the others seem unrelated to the final resolution.

Unlike the loose plotline in “A Gathering,” “Bring A Shovel” focuses on an ongoing incident—Ray’s accidental murder of Cindy, witnessed by his older brother Carl, who has been called to the murder scene with the request to “bring a shovel.” Under the premise that “blood is thicker than water,” Davis forces Carl into a debatable yet relatable situation of deciding whether to risk his own life and help his brother dispose of the dead body.

Although a similar dialogue strategy continues in this play, it is more immediate and coherent and this time it helps the audience understand why the characters have made certain decisions. After a physical struggle over a shovel, Carl’s inner conflict reaches its peak when Ray brings up childhood memory of their mom putting crispy bacon between pancakes. The image of pancakes juxtaposes his current status and responsibility as a father and a husband in his household, with his blood-relationship as a big brother. In the end, he chooses his daily routine of making pancakes for his family over his brotherly bond. He deceives Ray as if he is willing to help. “Don’t Worry, Ray, I’ll take care of it,” he says and calls his cop friend Tommy instead after knocking down Ray with the exact shovel that he was asked to bring for a different purpose .

Despite the minimal stage props and the short length, less than fifteen minutes each, both plays capture lush, dramatically realistic moments without relying on narration. Each line is dense and necessary, as it is the only mode to convey the drama. It is fitting that Davis has chosen “family” as his plays’ themes, from which he can pull out as much “drama” as possible within a short amount of time. Vivid snapshots of two separate family dynamics evolve into full-blown, multi-faceted sketches that contain different characters’ history and personality. “[Stripping] the pretense from the theatre experience” as he describes in his statement, Davis puts sole emphasis on acting and the script: what the story is about and how it is delivered to the audience.

Meanwhile, the style of parlor plays deviates from the typical theatre experience, which usually consists of strictly divided spaces between the actors and the audience. In this scenario, the audience plays invisible company to grief, love, nostalgia, murder, and violence, while its reactions, completely unfiltered, are directly transferred to the actors right on the spot. Everything happens at eye-level, immediate and closely attached, and this environment heightens the level of involvement and intimacy within the theatre, which befits the theme of family, both story and setting.

This active presence of “audience” is what Davis values most in creating a theatre experience. After the plays, he invites everyone to join the discussion and asks what has worked and what has not. People who are familiar with the script and previous readings compare the adjustments, while others bring up some unclear moments such as the mystery of how Ray has killed Cindy, which he vaguely implies in his explanation, “she asked for it rough.” It is a rare chance for both the audience and playwright/director to interact right after the show when details and impressions are still lingering. Davis makes the best use of it, clarifying some questions and attentively making notes for his revising process.

This interaction completely tears away the generally assumed barrier between the theatrical world and the exterior one. Theatre, as a whole, requires an interactive cycle of script-writing and performance and in parlor plays, we the audience are more than mere witnesses but also participants in both steps. It is a common notion that the audience is a vital component, which is, however, mostly limited to the performing part. When Davis includes us in his “wouldn’t be possible without you” list, he does mean a lot more than that. The theatre he creates with the audience flows as an ongoing and organic process, beyond a one-time show, for a better story and for a better performance.

Author Seola Lee is a Baltimore-based poet whose work has appeared in Baltimore City Paper and The Baltimore Ekphrasis Project. Check out her website here.