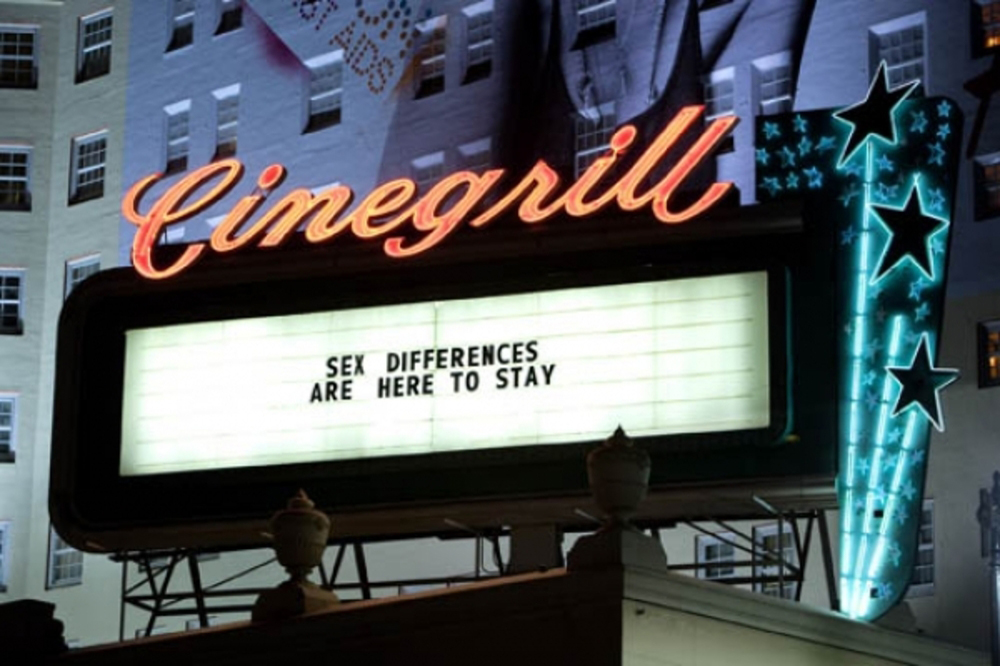 I’m not going to lie: much of 2015 was a shit show. We’ve seen too much violence and poverty, too much fake hand-wringing by politicians, and not enough actual progress in fixing any of it. For those who are thoroughly disgusted, I can only say that I feel your pain and the last time I checked we are still living in a democracy, so it’s more important than ever for smart progressive people to exercise our right to free speech, freedom of assembly, and to vote every chance we get. (Hello? Governor Hogan? Low voter turnout cost Baltimore the Red Line.)

Looking back, 2015 hasn’t been all bad and, especially in Baltimore, there are all sorts of rays of hope shining through the clouds. It’s no surprise that most of these initiatives are related directly to the arts and culture. More than ever, the city of Baltimore needs artists, dreamers, makers, and activists; their efforts are already paying off.

Here in no particular order are TEN movements in the arts in Baltimore in 2015 that give me pride and hope for the future.

The MICA Adjunct Union has been ratified. This is HUGE! We all know that higher education is in crisis in this country and I am happy to report that MICA’s growing ranks of adjunct professors are leading the charge for equality where most universities and colleges are lagging behind.

What’s the point of teaching students democratic values when their teachers barely make enough money to survive and are treated like second class citizens?? Even though the board of directors did not approve an immediate raise for MICA’s adjunct professors (not enough $? Really?), MICA adjuncts now have a seat at the table in terms of governing power and there are now legal protections and policies in place, where before there were none. This historic vote had support from many fulltime faculty members and is an opportunity for MICA, and Baltimore, to lead our nation forward. Art-Inspired Talks about Race and Inequality

Even before the Baltimore Uprising, Baltimore’s art community had begun a series of forums and open discussions about racial inequality and divisions in Baltimore’s art community. For those who think artists only care about themselves and their own work, this is a wake up call! Baltimore’s artists are interested in equality for everyone here because they recognize that we are all part of an interconnected network: we all fail when groups or individuals are marginalized. We all win when our conversations, projects, and communities are diverse, equitable, and inclusive.

Events like Art-Part’heid: Bridging the Gap of Disparities in the Baltimore Arts Scene, organized by Sheila Gaskins, Mia Jones, Olivia Robinson, Sophia Mak, Melissa Moore, Valeska Populoh, Hannah Brancato, Michelle Gomez, and others are bringing people together to continue to do what we do: share the stories that people need to hear through a variety of media and then act to solve problems. There are a number of other talks worthy of mention but this first large meeting, held last February, was the spark. No matter which side of the gentrification argument you fall, you have to admit: North Avenue is pretty great these days! From arts hubs like The Centre and Motor House to restaurants like Joe Squared (now open in their new location) to great spots to hang out like Red Emma’s, The Crown, Windup Space, and Liam Flynn’s, North Avenue has got so much going on.

Karaoke? Performance art festivals like Akimbo? Open studios? Concerts at the Y Not Lot? Art Galleries? Print Shops? Collaborations between MICA, JHU, and the public? And the MD Film Festival’s new home is going to be amazing, with three new theaters showing films we haven’t been able to access here in the past.

Whether you’re excited to hang out or sad that newbies have taken over your favorite spot, Station North has got it going on, in 2015 more than ever. A few years ago, I had never heard of a maker space. Now the Station North Tool Library, Baltimore Node, the Baltimore Foundery, Hackerspace, and Makerspace Meetups are a thing! These spaces are not only a location where creative people can learn to use and borrow tools—they are creative hubs where art and the act of creation bring people together. The relationships formed, as well as the products made, are essential for Baltimore’s creative class.

I attended the groundbreaking ceremony for Open Works and listened to MD Congressman Elijah Cummings call it “a place of dreams.” Along with those that already exist and other forthcoming incubator spaces, Baltimore’s creative people are building opportunities for themselves and this is empowering. Having read William Deresiewicz’s narrow analysis in the Atlantic (The Death of the Artist- and the Birth of the Creative Entrepreneur) I can say with confidence that his conclusions at the end are dead wrong.

Feeding yourself as an artist has never been a threat to the purity of your vision, but starvation? That’s a problem.  The idea that artists dealing directly with their market compromises the quality of their work, rather than leaving the power in the hands of patrons or galleries, is ridiculous. This kind of zero-sum thinking has been hugely unempowering to artists in the past, especially because it isn’t true.

In contrast, I am thrilled to see the recent trend of artist collectives, like the Industrial Arts Collective, where groups of like-minded artists come together to present their work to the public for viewing and sales. Working collaboratively has always been a part of artist production, and Deresiewicz points this out; however, engaging directly with a market will not, as he claims, reduce art to shallow populist products. Rather, it will give artists the dose of empathy and reality necessary to make contemporary visual art more relevant to all kinds of audiences, not just the privelaged and wealthy one currently cornering the market.

I was thrilled when The Contemporary Museum re-booted in 2012 with Director Deana Haggag at the helm. Since that time, their programming has been consistently strong, including speaker series and events, however – until The Contemporary resumed exhibitions, it did not achieve the level of ‘meaningful exchanges between artists, institutions, and diverse audiences’ it had started under the direction of founder George Ciscle.

Collaborative exhibits like Louise Bourgeouse’s Femme at The Walters and Fred Wilson’s Mining the Museum at the MD Historical Society put The Contemporary, and Baltimore, on a national stage and I am happy to report that so far, both exhibits that TC has curated this past year—Victoria Fu’s Bubble Over Green and Miriam Simun’s Ghost Food—have been ambitious, smart, and challenging in a way that is true to the museum’s origins.

I look forward to The Contemporary continuing to “redefine the concept of the museum” as a nomadic and collaborative exhibiting entity in 2016.

New Art Spaces by Women and People of Color

I received a press release in the MAIL the other day! This never happens and I have to tell you, it was classy. From The Incredible Little Art Gallery, the release announced a brand new gallery exhibiting local artists. Their claim to fame: they are the “youngest African-American-Owned Art Gallery in Baltimore.”

I hope that this gallery is a success and that Baltimore audiences and collectors support it. We need more art spaces where all types of people feel welcome and included. We need to encourage people to participate in the arts and to buy it. Longtime spaces that deserve a shout out are Galerie Myrtis and New Door Creative, as well as innovative hybrids like Unexpected Art. Also, we’re looking forward to Alex Ebstein’s new local gallery project called Phoebe, which will exhibit artists who identify as female. Baltimore needed an art walk and Process Collective made it happen. Every first Friday, free and open to the public, you can walk through five to ten curated shows along the Oliver Street Corridor. Copycat’s Terrault Contemporary, Penthouse Gallery, La Bodega, Ballroom, Lighthole! and others are joined by Gallery CA, Area 405, the Tool Library, and other spots that make this event truly special.

You will feel included. You will feel welcome. You will see good art. And once you are parked, you don’t have to drive anywhere else. Alloverstreet is amazing!

The 25k Sondheim Prize turned 10 last year and The Baker Artist Awards are turning 8 and upping their top prize to 50k. Big art competitions are great, but Baltimore’s newest grants are project based, giving innovative ideas and hard work, rather than subjective opinions on talent or the appearance of past success, a leg up in grant funding.

What is a project grant? You have an idea, you write the proposal, and you apply. The Grit Fund gives up to $6k grants and The Rubys grants are up to $10k. All so that Baltimore-based artists can make their big dreams a reality. Maryland Art Place has owned their building on Saratoga Street since 1986 and has recently returned after a decade at Power Plant Live. Although owning a building is a huge responsibility, it also creates unprecedented opportunities for income, growth, and stability. Once you own your building, nobody can push you out.

Now located in the Bromo Arts District, MAP is joined by artist-owned Platform Gallery and Le Mondo, who recently purchased one of 3 buildings through a city sponsored RFP. There are numerous other examples of artist-owned spaces, sometimes where the owner or gallery director lives on the premesis like Guest Spot, Galerie Myrtis, and the Cork Factory, and others like Rowhouse Project where the infrastructure of the real estate is part of the exhibit.

I can’t say this enough: Baltimore artists and galleries need to buy real estate while it is still relatively affordable.

This fake Baltimore photo is from the 2014 Venezuela riots.

This year Baltimore was placed on an international stage, both for positive and negative reasons. While Fox news broadcasted images of burning businesses in Venezuela, claiming it was Baltimore, and people across the country believed the worst in Charm City, what actually happened here was quite different.

Despite an ineffective legal system, there is a new willingness to consider, discuss, and rethink solutions for inequality in Baltimore—because we have to. Although Baltimore has been a divided city with privelaged safety in certain areas and less-than-developing nation health statistics in others, the Baltimore Uprising has taught us that this separation is an illusion. No matter what your economic standing, we are all affected by the disparate divisions in wealth in this city. We are all affected by the costs of poor health, lack of resources, and crime. Until all of the residents of Baltimore have jobs, health benefits, safe places to live, access to transportation and healthy food, we are all being held hostage by the effects of these inequalities.

We are at a crucial turning point where Baltimore can exist as a place where art and democracy flourish. As MICA President Sammy Hoi stated in a Baltimore Sun 12/27/15 Op-ed, “If we work holistically — and with tenacious determination — to leverage and amplify our many existing assets and possibilities, we can help Baltimore evolve into a socially cohesive, economically vibrant and culturally rich city.”

I agree! Let’s make 2016 stronger, better, and happier for everyone!

Author Cara Ober is the Founding Editor at BmoreArt.