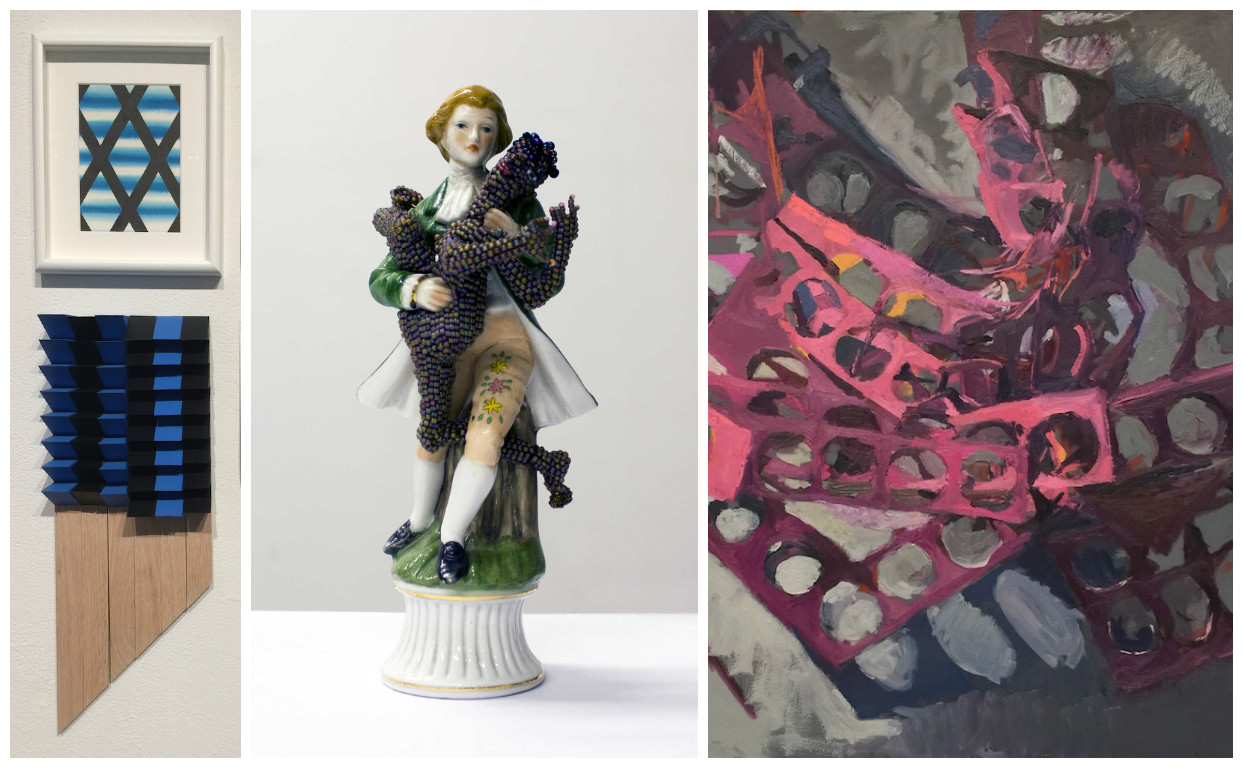 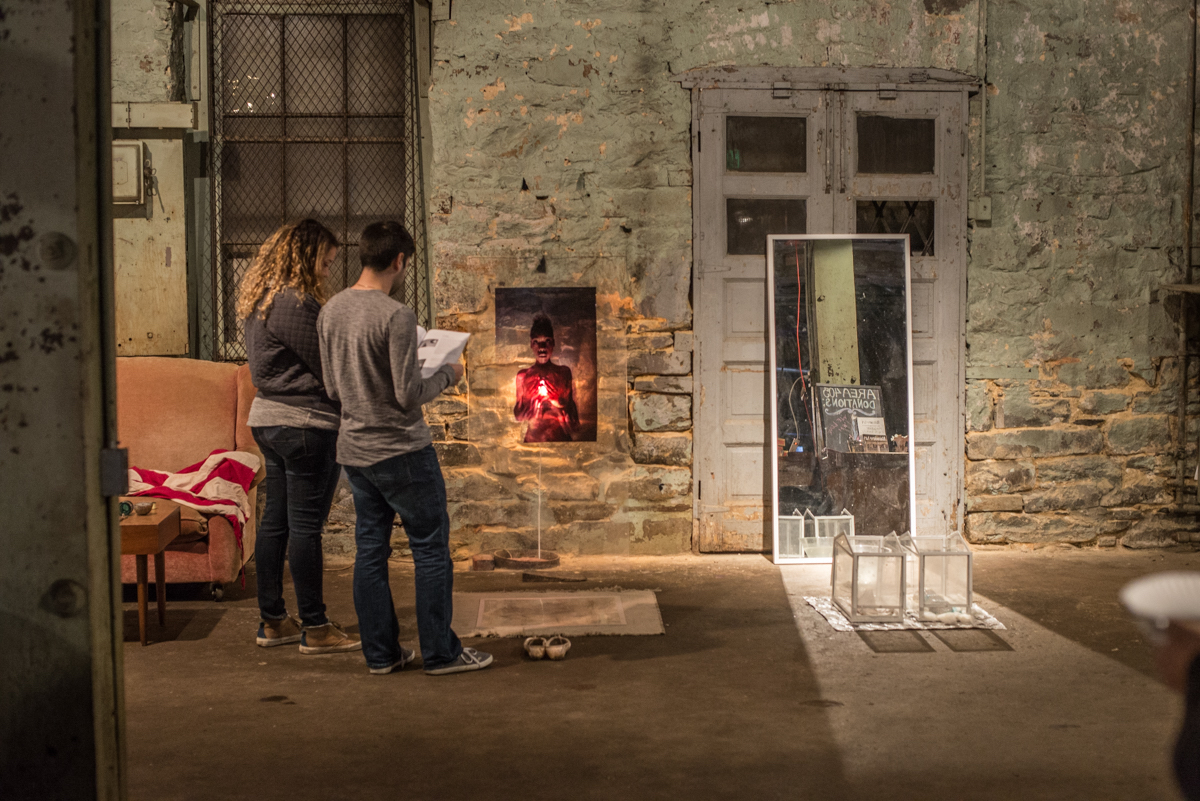 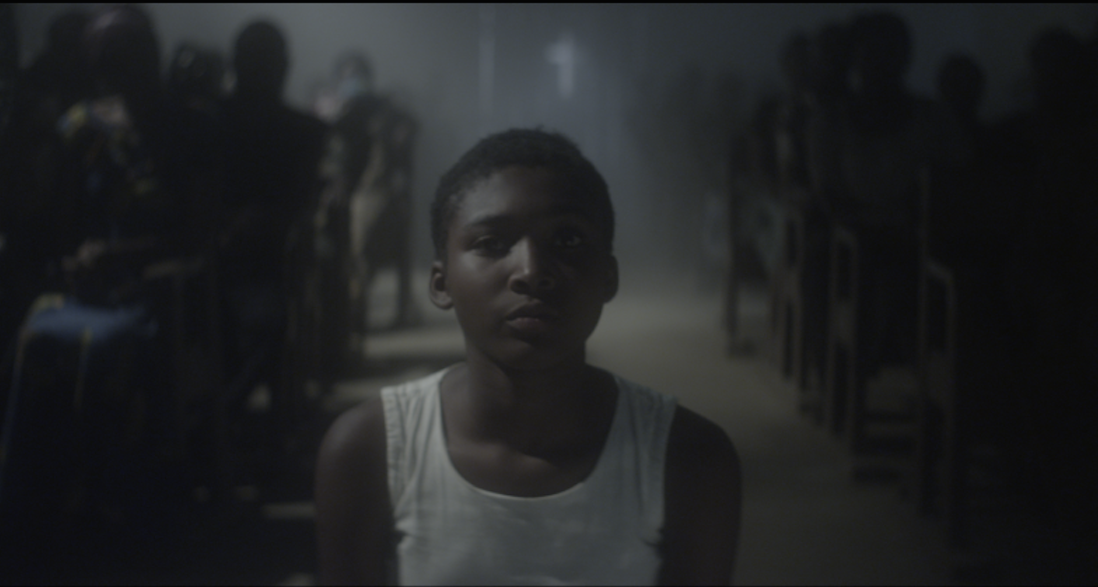 Angela N. Carroll reviews the film The Cursed Ones-(2015) by Nana Obiri-Yeboah and Maximilian Claussen

Having a religious discussion is walking a tightrope. There is always the possibility of offense, of falling into a discourse of bigoted rebuttals. Human beings are so in our feelings, so sensitive to critique, when it comes to spiritual matters. Whether our devotion is tied to Apple, Capital, Christ, Yahweh, Vishnu, Allah, Olodumare, the many other divine iterations of higher consciousness, or a devout belief in nothing at all, our attachments to the culture of cults is irrevocably human.

The Cursed Ones, the second feature by Ghanaian Director Nana Obiri-Yeboah and Maximilian Clausesen, investigates the religious taboos of a small West African village, and the ways the village’s spiritual leaders prey on the villager’s superstitions. The film is a visceral snapshot from the life of Asabi, (Ophelia Klenam Dzidzornu) a mute preteen girl, accused of witchcraft. Based on the true stories of tortured and abused children accused of witchcraft, ideologies concerning indigenous traditions and the influence of contemporary religions are troubled and contextualized. Asabi is an outcast. A hunter finds her alone unconscious in the woods and brings her home to his village and barren wife as an adopted daughter. The story never reveals Asabi’s origin, though reasoning for her abandonment is implied—her silence made her an easy scapegoat for village ills and she was left alone in the woods to die as atonement. The hunter, his wife and Asabi live happily together for a short while, until strange events begin to occur in the village. Beginning as schoolyard jaunts of witch by classmates and escalating to larger critique by elder ministers, the village begins to associate Asabi as the source of everyone’s misfortune.

The ways Asabi navigates the world could be interpreted as autistic, though her condition is never confirmed. Her silence and difference are targeted and violently misinterpreted as demonic by her community. It is Godwin, (Oris Erhuero) a journalist that serendipitously stumbles upon the village, who determines to be Asabi’s voice by documenting the occurrences surrounding the accusations made against her. His tape-recorded journal entries narrate the film. Godwin empathizes with Asabi’s plight, and allies with Asabi’s teacher, a young minister, to protect her from the mob groupthink of the village.

A 2010 report from The Stepping Stones Nigeria Child Empowerment Foundation (SSNCEF), reveals that 85% of all children they encounter on the streets are there because of witchcraft related abuse. The Child Rights and Rehabilitation Network (CRARN) estimates that each day 4-6 children are abandoned or abused due to the belief that they are witches or wizards. Obiri-Yeboah masterfully visualizes the tense intersections of taboos and post-colonial indoctrination at play in small rural West African communities which contribute to the growing percentage of witchcraft accusations. Communities with little access to education and resources are shown as easily swayed and deeply affected by suggestions from elder “spiritual” leaders. Pastor Uchebo, (Fred Nii Amugi) a senior minister in the village embodies the corrupted religious official archetype. His sermons staunchly rebuke the use of satanic powers, and conflate those powers and Asabi’s inability to articulate as the cause for the community’s degradation. By the films conclusion, it is Pastor Uchebo who is revealed to be truly evil. Asabi’s prosecution climaxes when her adopted father, considered the best hunter in the village, fails at the annual hunt, a horrible omen for the village. The shaming of the proud hunter heightens the suspicions of her village and adopted family about Asabi’s possession by dark forces. Shortly thereafter, at the direction of Pastor Uchebo, Asabi is chained by the neck in the village center to prevent her from causing further destruction.

After seeing it in film, it was distressing to learn about the very real escalation of occurrences legitimizing the vilification of children in West Africa. The docudrama style of The Cursed Ones successfully captures some of the reasons why– the disturbing dynamic of groupthink, and the sweeping domino effects of fear. After Asabi remains mute despite prayer and ritual ceremonies by Pastor Uchebe and Paladin, (Jimmy Jean-Louis) a false prophet and self-proclaimed indigenous spiritual practitioner, the community is manipulated into cooperating in Asabi’s execution.

Obiri-Yeboah displays the paradoxical formations of fear and faith as indelible facets of these communities. This observation is deeply compelling and unnerving. The mystery systems of most philosophical frameworks are intimately tied to the unknown, the mystical and the unexplainable supernatural. The unknown has informed the foundation of myriad faith-based belief systems. It is a faith steeped not in logic or science, but illogical belief in the existence of powers beyond human ability and comprehension, and it has been used for millennia as a metric of explanation and moral indoctrination.

The film grimly portrays the ways faith and belief can be coerced to incite fear, judgment and violent extremism. The discourse of the film paralleled with recent unfortunate atrocities of mass violence around the world, presumably enacted in the name of faith-based beliefs, is devastating. Young girls are the primary subjects of ridicule depicted in The Cursed Ones. There is a long literary and visual narrative folkloric tradition cautioning men and children about the ensnaring actions of solitary silent womankind. Their solitude is misinterpreted as loneliness, a catalyst for bitter supernatural misdeeds. Their silent contemplation confused with possession by dark forces. Healing modalities are mistaken for black magic.

History is ripe with stories of women considered oddities by their societies for their beauty, mastery of herbs, and alternative medicines, general otherness or self-affirmation—and they are called witches. The influence of this gendered naming should not be taken lightly. In many communities around the world, a woman that is outed as a witch or slut may face public humiliation, or at its most extreme, death by stoning or decapitation. It is believed that purity of soiled women will be restored through their physical or psychological death. This sentiment is echoed in the honor killings of raped women of Africa, the Middle East, and India. Labeling women as witches is a tool of patriarchy, a means through which to shame and enforce conformity and dogma. At the root of many folktales is a narrative that perpetuates the subjugation of women.

The Cursed Ones is a nuanced and psychologically sober film that brings to light the irony of religious misappropriation and the power of belief. The Cursed Ones, directed by Nana Obiri-Yeboah and written by Maximilian Claussen, screened at the 2016 New African Film Festival March 18, 2016. For further readings concerning witchcraft accusations against children in Africa visit the International Humanist and Ethical Union (IHEU).