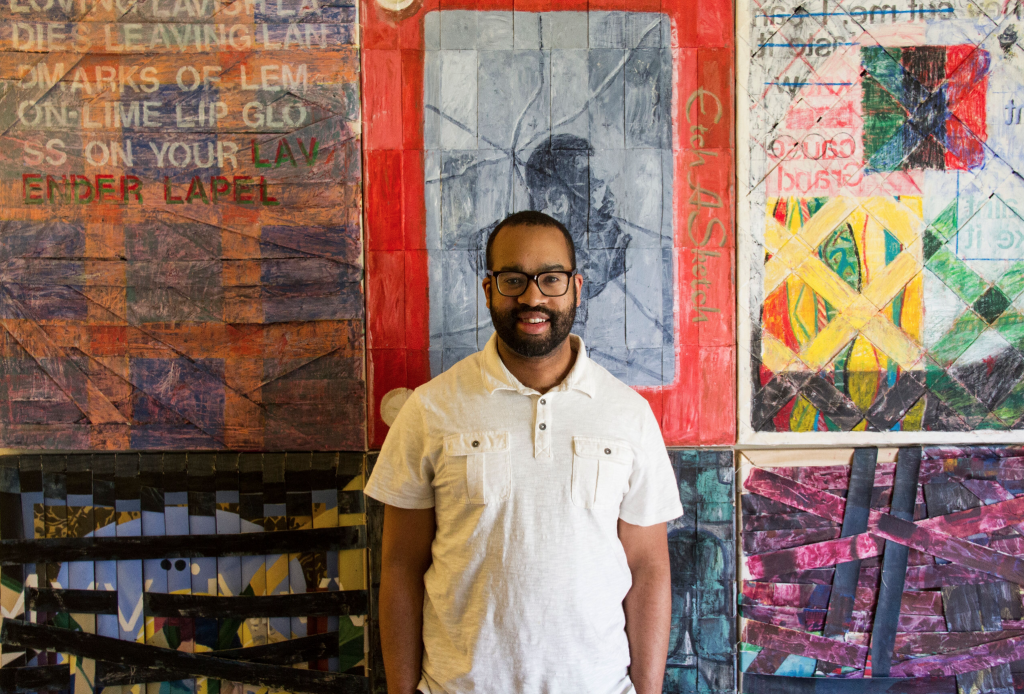 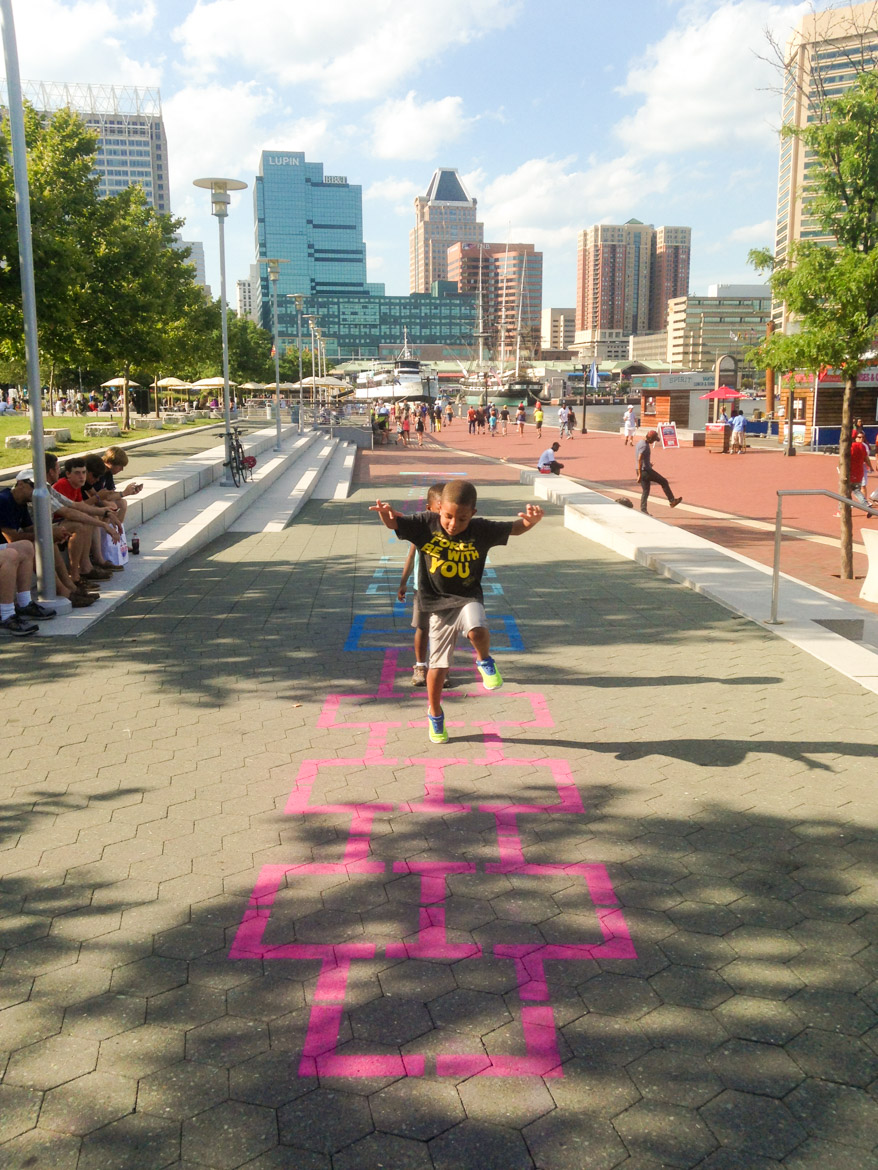 Please join us for the Opening Reception August 11th, 6-9 pm.

The exhibition runs through October 31st, 2016. They said it couldn’t be done…and now we’re doing it again.  THE GREATEST LIVE ART COMPETITION IN THE KNOWN UNIVERSE, Super Art Fight, unlocks the chains and goes on the offensive in this intense, insane, ridiculous, adults-only event that can be described in just one word: HILARIOUS.  NO PHOTOS OR VIDEO are allowed for this event, because the images you will see will leave scars for a lifetime.  Get ready for an artistic experience you’ll never forget!

Check out SuperArtFight.com for more details. Baltimore Youth Arts (BYA) is an artist-educator run, after school program that provides arts and job readiness programming to youth, with a focus on those in the care and custody of the state. Our mission is to assist young people in gaining the creative, personal, and educational skills that will enable them to become leaders in their communities. BYA uses the arts to engage youth with the goal of building long-lasting, mentoring relationships. We believe that the arts are a path towards social, emotional, and educational development.

BYA is the youth program of the Blank Page Project, an artist-led initiative that provides arts programming to youth and adults, focussing on those involved in the juvenile and criminal justice systems. Join David London on a journey to someplace else.

Combining magic with storytelling, comedy, puppetry, surrealism, philosophy, and that which cannot be defined, David’s Magic Outside The Box Cabaret Show presents an original show of magic unlike anything you have experienced before.

Featuring excerpts from his previous theatrical productions, this show 75 minute show is packed full of laughs, mystery, and the unexpected! Wavy Dash is a duel show featuring the work of Angela Arrigo and Jessican Simorte. Both artists’ work examine playful mark-marking techniques and simplifiy space through the use of paint and other materials to make beautiful, coloful, abstractions.

Angela Arrigo was born in 1992 in Palm Beach, Florida, graduated Maryland Institute College of Art (2014) with a Bachelor of Fine Arts degree in Painting. She was an Artist Tenant at Platform Arts Center in Baltimore, Maryland from 2014 to 2016. She currently lives and works in South Florida.

Arrigo creates a fragmented connection between a tropical palette and a playful language of mark making. She introduces layers of canvas to allow for a copy and paste aesthetic while purposefully manipulating translucent paint to veil and compartmentalize certain aspects of the painting. Her work incorporates various mediums including but not limited to spray foam, zip ties, acrylic and oil paint as well as found objects.

Jessica Simorte completed her MFA at the University of Cincinnati’s school of Design, Art, Architecture and Planning in 2014 and is currently teaching at Sam Houston State University. She has shown regionally, nationally and internationally and has been included in numerous esteemed publications. Simorte’s practice serves as an ongoing examination of how art making can function as a mode of placemaking. Having experienced hyper-sensitive connections to her inhabited surroundings her entire life, the work ultimately focuses on drawing and painting as a means of navigating physical and intangible places. She is represented by Galleri Urbane in Dallas, TX.

TERRAULT CONTEMPORARY is an artist-run gallery in Baltimore that facilitates multi-disciplinary, innovative exhibitions and programming. By highlighting emerging and mid-career artists and curators, Terrault aims to bring diverse and cutting-edge work to new audiences. PLATFORM is pleased to present REASONS, a solo exhibition of works by Louis Fratino. Fratino, originally from Maryland, recently returned from Berlin after completing his Fullbright Research Program. Fratino’s work was first exhibited in a r t + c r u s h at Platform in August 2014. Platform is proud to offer Fratino his first solo exhibition. REASONS is a culmination of his time abroad researching and painting.

REASONS presents the beauty and eccentricity of life through detailed narratives that read as memory. Attention to detail is unevenly distributed in each piece so that Fratino has created his own hierarchy of relevance for the audience. REASONS celebrates the vulnerability of being a human through an honest yet romantic dialogue between Fratino and his audience.

“I make artwork that is close to my experience of life and my memory of it. Most of the images depict intimate relationships I have with my many siblings, dog, father, boyfriend, mother, or the landscape of my childhood. I think about my life through painting, giving myself a place to celebrate and criticize it. I try to take seriously the daily objects and routines I have by painting them. I want to make loving paintings, but I also want to make embarrassing paintings. My work is an attempt to stir up memories or smells in a viewer. I want people to see something they identify and feel, even though the image may be of people they cannot recognize or places they have never been. I would be happy to reach into someone with the large colorful finger of my paintings.”

LOUIS FRATINO was born in Maryland in 1993. He attended the Yale Summer School of Art in 2014 in Norfolk, Connecticut and graduated from the Maryland Institute College of Art in 2015. He recently completed a Fulbright Student Research grant in Berlin, Germany. The work exhibited is from 2016 in his Berlin studio.

PLATFORM was founded in 2014 by Lydia Pettit and Abigail Parrish on the first floor of Platform Arts Center. Functioning as a commercial gallery, Platform promises to create driving, thought­ provoking shows that question the relationship between artist, curator, and community as well as providing opportunities for Baltimore and regional artists to show their work. Run by women, Platform is an open, safe space for artists of all genre to meet and collaborate with community members of any class, race, gender, or age in hopes of influencing future shows and programming. Exhibitions span from new age artists that are influential to contemporary art to curated historical investigations of art in Baltimore. Platform promises to excite audiences beyond the art community, challenge convention, create new paths, and open its doors to change. Harbor Hopscotch is a 103’ long, colorful hopscotch court playfully activating the ramp entrance to West Shore Park at Baltimore’s Inner Harbor. The temporary installation of teal, electric blue, and fuchsia colored spray chalk was commissioned by the Waterfront Partnership of Baltimore to bring more people into the south end of this prominent public space. Pedestrians strolling on the Inner Harbor Promenade are met with a large project ground graphic inviting them to hop up the ramp leading into West Shore Park. The graphic also encourages participants to share pictures of each other jumping using the hashtag #HarborHopscotch and @waterfrontpartnership.