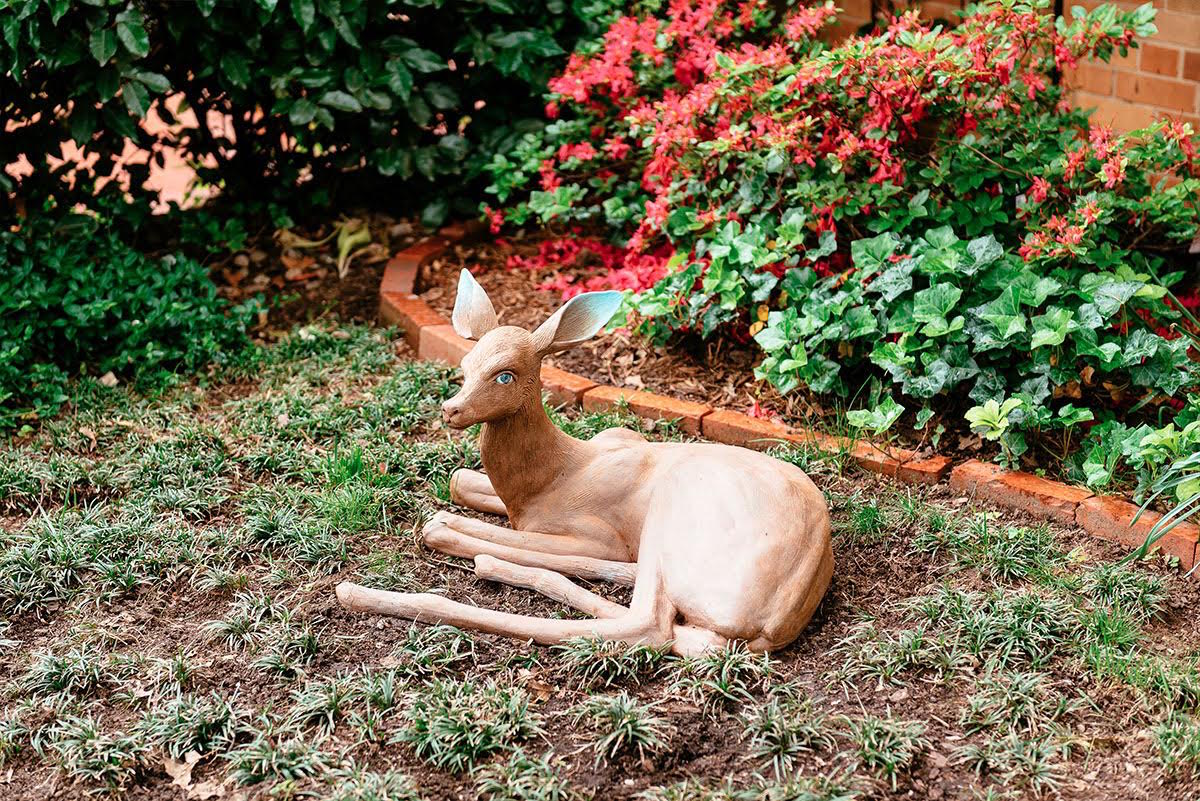 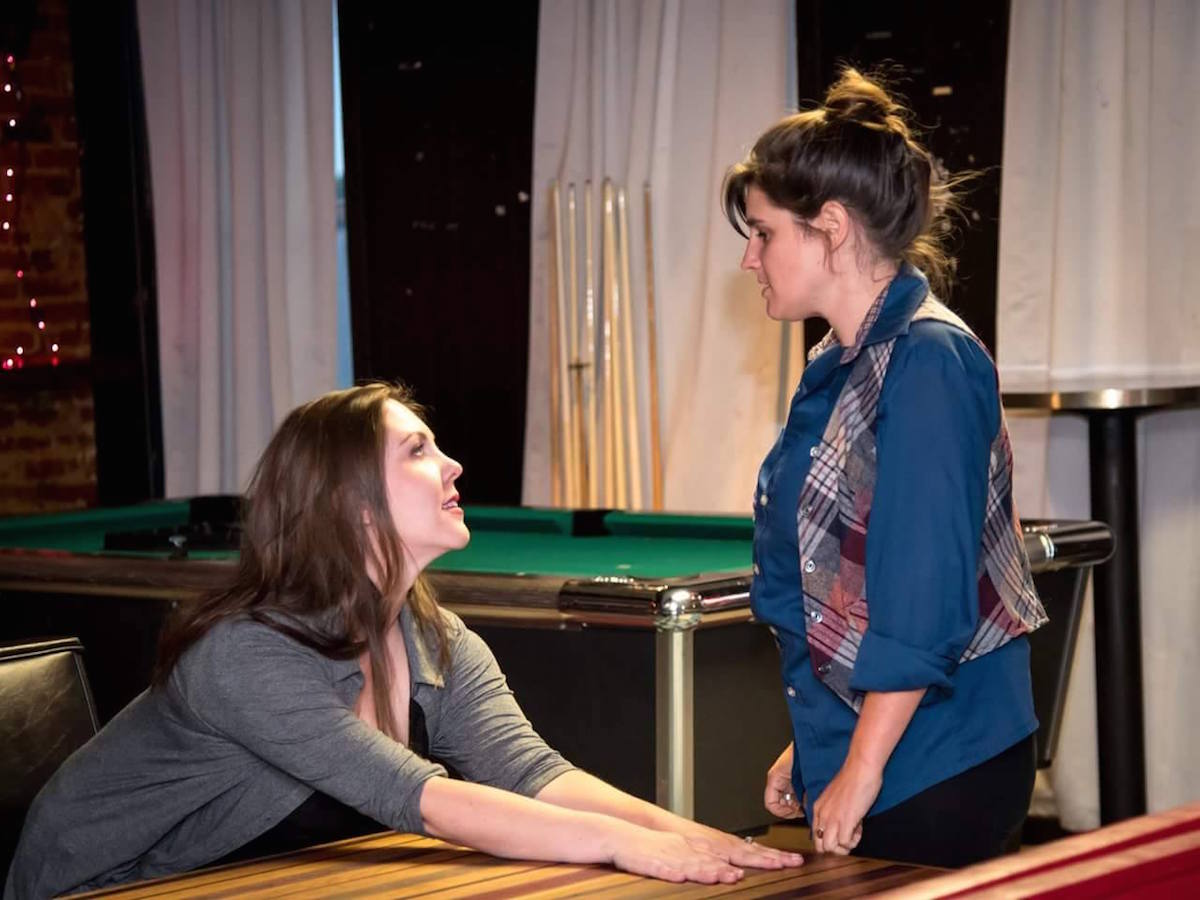 Last week, I was fortunate to sit down and speak with Miranda Javid and Bruce Willen of Peals. Miranda Javid is an animator, who graduated from Maryland Institute College of Art in 2011 with a Bachelor of Fine Arts. She currently lives and works in Los Angeles, California. Peals is an instrumental band from Baltimore, Maryland. Bruce Willen, together with William Cashion of Future Islands, explore sound and music to a degree that enraptures listening ears and formulates creative, introspective energy. Together the three of them combined their talents to create a collaboration in the form of a music video for Peal’s song “Become Younger,” which is featured on the Peal’s newest studio album, Honey. Emma Jo: How did you all meet and decide to collaborate with each other?

Miranda: I told them if they ever wanted a video, that I’d be happy to do it because I’m a such big fan. I’ve known you guys for awhile. I know Sam really well, who is Will’s bandmate. I don’t know, Bruce? Did we meet somewhere?

Bruce: I don’t remember, were you working on the video before we came out to L.A. to play?

Miranda: We were talking about it. I think I had ideas, but I hadn’t begun the actual work. You know, I was in a Double Dagger video once.

Miranda: The one that Matt Porterfield directed.

Bruce: Oh, the one in the Charm City Art Space.

Miranda: I was the one holding the handheld camera.

Bruce: It’s funny when you go back. I watched that video five or six months ago, I hadn’t seen it in six or seven years. It’s funny how many people are in the video because it’s all a blur in my memory.

Miranda: Yea, it was very early. It’s always funny in music video shoots. You’re always at a party scene at 11 AM to rage.

Emma Jo: Bruce, how did the song get written?

Bruce: “Become Younger” was one of the first songs we began writing for the album. We started recording the album in 2013. I think, we had “Become Younger” in it’s initial form in December 2013 – January 2014. I think it was around that time that we thought it would be really cool to do a video for this song, and we had seen some of Miranda’s animations.

Will emailed Miranda, but the song had a little bit longer genesis. It took several years to work on. We wound up re-recording half parts of the song last year. So, the song didn’t get 100% finished until last year, and mixed by this spring. Luckily the timing didn’t change significantly because Miranda had already finished the animation. We were very much aware of that.

Miranda: There was one big change, but I just re-edited a bunch of it. It could’ve been more dramatic.

Emma Jo: Miranda, can you talk about the process of creating and developing the narrative for “Become Younger”?

Miranda: With animation you always have a pre-production phase, in addition to the day-to-day grind of just doing cells. So, there’s big, broad strokes and then there’s the little minutia. It was easy to come up with a narrative in response to the video early on. And that would be the big, broad strokes, and then I planned it out. Although, my storyboards are usually very loose, in comparison to a traditional animator, I do a bunch of little thumbnails and the sequence isn’t locked. I’ll kinda mix stuff up in the edit. Miranda in the studio working on “Become Younger”

Because the process takes so long beyond that, I think you plan accordingly to what you know and what you don’t know. So, I did one of the creatures cycles in full, then after that I would jump around, depending on what I felt was definitely going to be in the final. I’m sure about this, so I’ll put that off. But, the reason I did the one whole creature to begin with is so I could get a feel for my own response to the video – it’s called a Pipeline Test. It’s where you complete something to try to get a sense of it.

Emma Jo: Bruce, how did Peals come about?

Bruce: We started in 2012. It was shortly after Double Dagger broke up in late 2011. Will and I were talking about playing together, and we both admired each other’s musical taste. I think we shared some of what we were listening at the time, and made some mix tapes.

We got together and started playing together. I think, we didn’t really have a specific goal in mind for what we wanted the band to be. I think we were interested in doing something that was different from our other bands. They were more like rock bands, and about high energy performance. People who were going crazy. I think we wanted to do something that was a little more introspective musically. So, less about this extroverted energy and more about introverted energy, if that’s a good way to describe it. Emma Jo: I think it is. Especially listening to “Become Younger,” the duration to the piece is about six or seven minutes and listening to for a longer amount of time is different than a majority of songs my roommates and I listen to.

Miranda: That’s one of the really cool things about working on it too. Narratively, it doesn’t have the ‘big’ moment, it has a lot of litle peaks, which I feel Peals does in a lot of songs. It was a challenge, but that to me is kinda atypical and exciting to bring imagery into.

Bruce: It was cool to see. As Miranda was working, she would send us clips of it while working on it. It was cool to see that narrative come together. I don’t know if you were changing the narrative as you were looking. I feel that that the final edit was very different from the earlier ones.

Bruce: It seemed that way, and it was great to see that plot arc develop. I think the themes of the animation came out in the end.

Emma Jo: What was the most challenging part of the project?

Bruce: There’s a lot of challenging parts when writing music. I’m trying to think of the song and find one that was more difficult. One thing with a lot of Peals songs that we like to do, that can be really challenging is I think a lot of our songs they are loop-based or repetitive.

A challenge for us, sometimes we get and sometimes we don’t, is trying to take this music that can wind up being boring or losing its momentum. We have to try to take something more abstract and shape it into more of a narrative, trying to be a little more succinct about what I’m trying to say. I like ambient and instrumental music, but I think there is a lot of ambient and instrument music that is monochromatic.

I think one thing we have been trying to do is add elements of color that move the listener through the pieces, so it’s not the same thing all the time while moving through a loop or theme. Miranda: That makes sense to me. For me, the most grueling part of any animation is that tension between big planning and little details. Even more than live action, you are so in the weave constantly. You have to really pivot back and forth between the big and the little steps. In general, that’s always a huge struggle. Especially, when projects take months, or even years. But then this one was the physical stamina of shading all the frames.

I got called for jury duty for a whole month during the time I was working on this and I had a special clipboard that had a little pocket where I could draw the frames and shade them  on my breaks in the courtroom. Shading became a big part of my everyday life.

Emma Jo: What was the best part of working on this project?

Miranda: I really liked spending time by myself. The best part of animation like this is that it really allows me to do that.

Bruce: For me, I really liked the collaborative element. I just really loved having the opportunity to work with really talented artists, musicians, and designers. Kind of seeing putting other people and art forms together and seeing the end result was awesome.

Bruce: So, Peals record Honey comes out in Baltimore, MD on September 16th. We’re doing a few shows in Baltimore, Richmond, and New York. We may do a few other shows over the winter, but we don’t have a big tour plan. We’re excited because Honey is coming out on LP, CD, and tape, all this other stuff so, we’re putting out as a limited edition jar of honey with a usb stick inside of it. It’s a 6 oz. jar of honey and the stick is almost like a piece of honeycomb, or a fly imbedded in the amber where you can take it and get your dinosaur DNA out of it. That’s something I’m excited about.

We just started filling the honey jars, and it’s hand numbered and made ourselves. We’re also working on a web app, that’s going to be an experimental music player. It’s going to be a version of this sound installation piece we did in for this art show called Fermata for Artisphere in Virginia in 2014. It’s going to be interactive and we are collaborating with Dina Kelberman on that.

Miranda: I am working on an animated musical with a friend of mine, Sam Evian. We are writing the music together and it’s going to be a fifteen minute piece about a wisp of smoke that doesn’t want to disappear. It’s going to take me about two years to do.

Emma Jo: Both of you guys so such amazing things. All of this is so exciting. Thanks for sitting down to talk!

Author Emma Jo Shatto is a senior at MICA and an editorial intern at BmoreArt.

On September 16th, 2016 Peals will be releasing its newest studio album Honey in Baltimore, MD.

Though the feeling of being in a crowd at a show cannot be replicated, maybe reading the words and listening to the projects of these artists can bring you some semblance of that adrenaline and joy.

Performance: Music, Theater, & Dance
Bringing You Back to You: The Acme Corporation Finds Its Audience Through the Mail
Nothing happens without the audience in The Institute for Counterfeit Memory, a play that arrives in a cardboard box

The experimental nature of this play is not simply for the sake of experiment but to highlight all of our assumptions that make us comfortable and therefore passive, forgetful, and complicit.