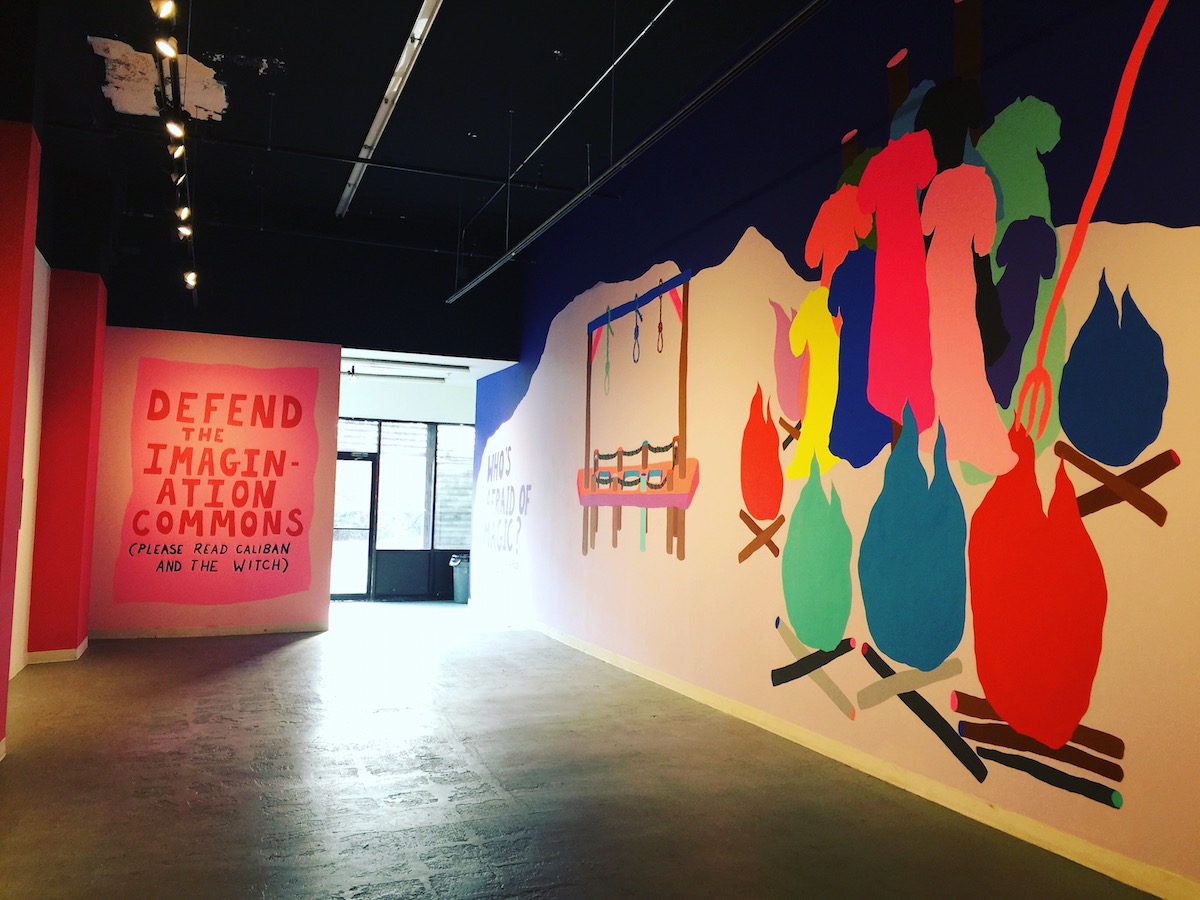 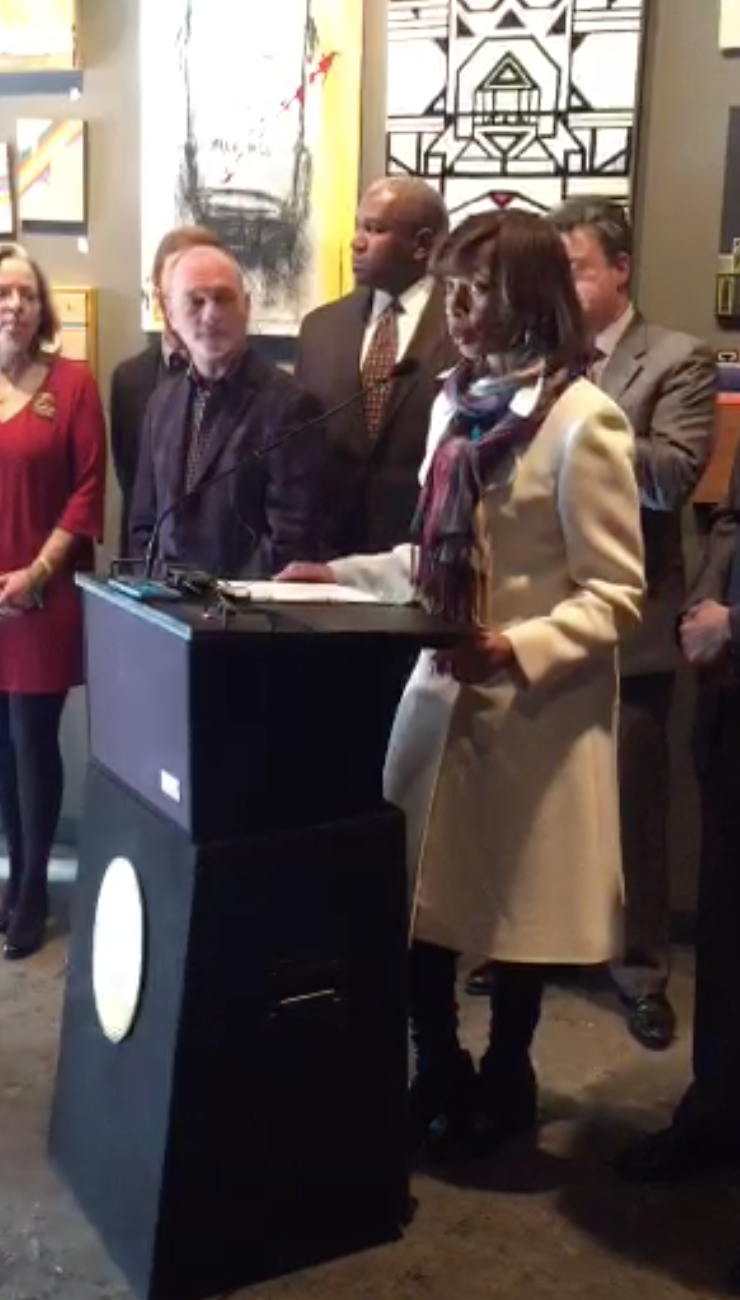 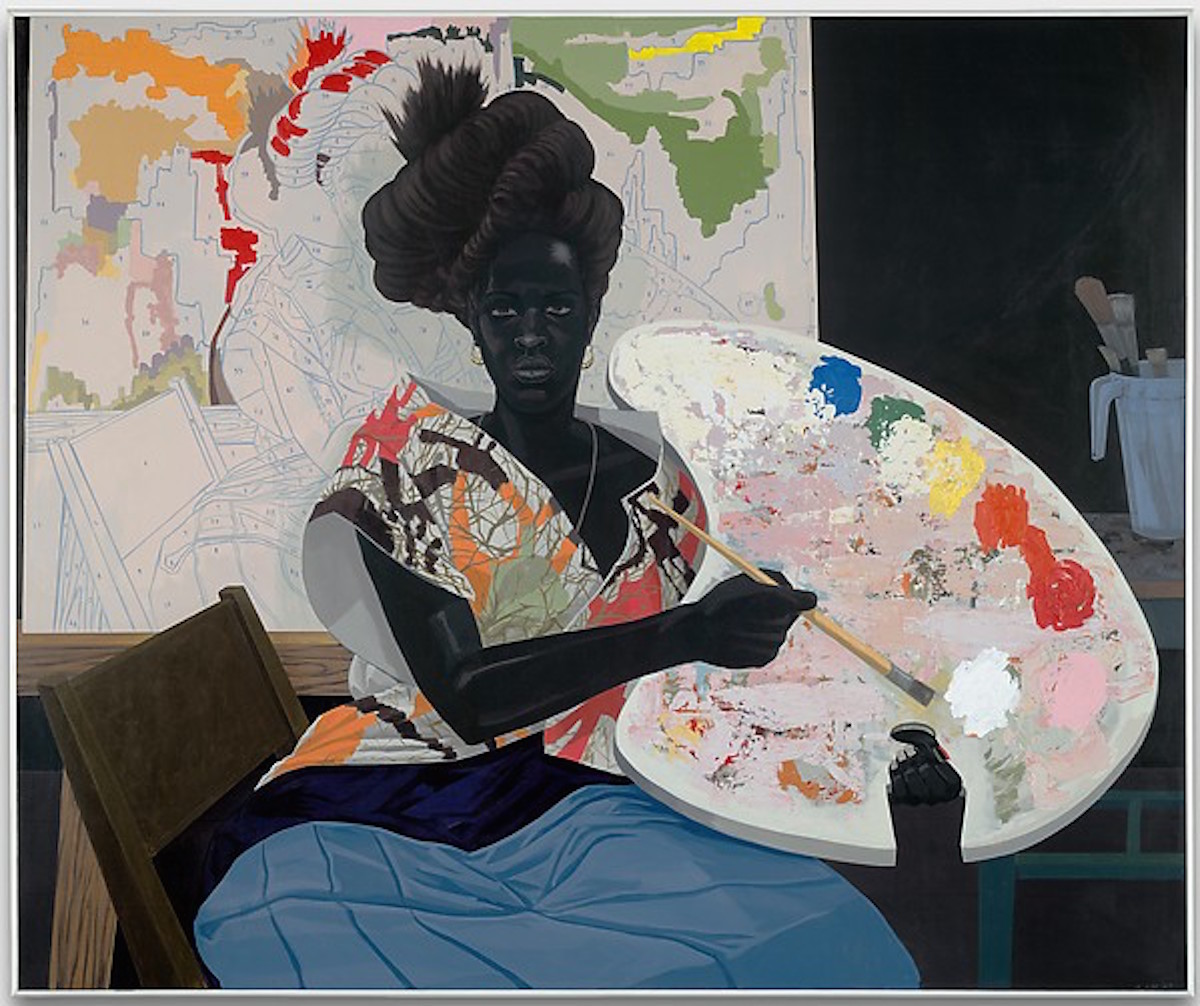 If you point a gun at my rising sun/ Though we’re not the one/ But in the bounds of your mind/ We have done the crime/ Boogie Man, you’ve got to help us, can you? (Yes I can)/ With a gun in your hand/ I’m the boogieman/ I’m gonna come and get you – from “Boogieman” by Childish Gambino

What tools will we use to dismantle the new wave of extremist isms that villainize innocents and threaten global freedoms? What skills will we strengthen? Who’s scholarship and activism will we engage? What will we master?

Painter Kerry James Marshall has spent thirty-five years studying the “great masters” of fine art, specifically, the European painters whose names and creations have become staples of the art historical canon. Over the course of a career, Marshall has worked to master his own style depicting unabashedly black figures within the framework of classical painting to culminate in Mastry, a retrospective at The Metropolitan Museum of Art Breuer. This rich exhibition acknowledges the beauty and excellence of everyday black experiences, as well as the revolutionaries who fought to maintain those simple but hard fought freedoms. The spirits of Baldwin and Malcolm and Simone and Fred Hampton, Garvey and Sojourner and Bethune and Madame Walker, and so many others are channeled in this exhibit and all black lives are venerated and celebrated on canvas. One of the most skilled figurative contemporary painters working today, Marshall uses a broad brush to render expansive scenic portraits which reference 16th Century Venice while visualizing the politics of black hair and beauty, contemporary subjectivity and stereotype, Vodoun and magical thinking, community and invisibility, history and memory.

Mastry spans two full floors of The Met Breuer, and features 80 works, including 72 paintings. Although it is impossible to capture all works included, I have chosen to discuss a few select works that I read to specifically address and complicate notions of beauty, culture, and history. The following examples cover a fraction of an incredibly dense and inspiring collection of masterfully rendered works.

Marshall is a self-described compulsive image collector. His characterizations reproduce the stark racial binaries reflected in American popular culture. The skin tone of the African American figures he depicts is onyx, an unnatural black that exaggerates the white of their eyes and teeth. In a Kerry James Marshall painting, white characters are represented as invisible ever present apparitions; the floating heads of white women in bubbles or as benign opaque beige blocks.

Mastry explores the indelible ties of culture, history, and memory in the formation of black identity. Each painting portrays an active scene in which viewers observe unnamed figures conducting everyday activities. What makes Marshall’s work so compelling, besides his exquisite skill as a painter, is the juxtaposition of mundane contemporary activities with the culturally significant iconography from the past thousand years that he incorporates into every environment. “Black Painting” (2003-06), is dedicated to Fred Hampton, the former chairman of the Illinois branch of the Black Panther Party who was brutally murdered by police officers while his pregnant wife slept beside him. Hampton was only twenty-one years old. To bring global awareness to the brutality of the CPD’s actions, activists led ‘people tours’ of the crime scene. The tours of the apartment quickly revealed that there was no probable cause to illicit the excessive force. The officers were the only shooters and the victims were an unarmed sleeping man and woman.

In “Black Painting,” Marshall offers a night rendering of Hampton’s bedroom, a blue-black space subtlety illuminated by the white of posters and books. The piece is incredibly immersive; the heavy use of black forces viewers to adjust their eyes to see the details in the bedroom. A pyramid and copy of Angela Y. Davis’ autobiography rest on the nightstand. A Black Panther Party flag glows on the wall. The bare back of a woman arches towards the opposite side of the bed. Noone else is visible. One wonders if the woman is looking for Hampton, or beyond him and the symbols of the black power movement towards something else, another freedom strategy. In “Black Star 2” (2012), a voluptuous nude black woman stands in the center of several five-point red black and green stars. She holds the north and north-west points of the central black star in her hands. Her stance is combative; the star could be replaced with a bow and arrow or an assault rifle. The woman looks over her shoulder to confront the gaze of her voyeurs. “Black Star 2” is one of the more overt nods to black nationalism, UNIA, The Universal Negro Improvement Association, founded by Marcus Messiah Garvey in the early part of the twentieth century. The red, black and green schema is a reoccurring motif in Marshall’s work.

Mastry’s hyper-black characterizations query dominant definitions of beauty and trouble cultural phobias about dark skin as inherently ugly, evil or less valuable than lighter skin. Scenes from black barbershops and hair salons are rendered as large scale sacred spaces in which beautification is ritualized– proudly and elaborately exemplified. Marshall describes the impetus for the works he creates in a statement accompanying the show. “You can’t underestimate the value of a figure in a picture that seems self-satisfied especially given that the history of black people in the united states and in other parts of the world is that its somehow compromised and always traumatic,” he says.

Looking at the exhibit as a whole, one outstanding characteristic of the scenes Marshall portrays is that they are uncompromised; both the subjects and the cultural spaces they inhabit are celebratory and humanizing reflections of black existence. The panopticon, and the microaggressions of white subjectivity are completely omitted. The specificity of the black worlds that remain are strategic in their exclusivity. School of Beauty School of Culture

“School of Beauty School of Culture” (2012) and “De Style” (1993) present esteemed and naturalistic valuations of black women and men. “School of Beauty School of Culture” is set inside a beauty salon. A woman poses for a picture taken by Marshall, whose reflection is partially obscured by the flash of the camera. Everything about the woman is bold; the posture of her body, the bright colors and styling of her clothes, her hair.

Centering her in the space is a bold statement- a pronounced acknowledgement that embraces her body and aesthetic as beautiful. Her features, her hair and culture are accepted as the standard. Two toddlers play nearby and examine the skewed floating head of Disney’s Sleeping Beauty. The normalized standard of beauty as embodied by Sleeping Beauty; her blonde hair, pink cheeks, and congenial smile, are not depicted as beautiful; her image is the antithesis of the standard of beauty reflected in the salon. “De Style” is the barbershop counterpart to “School of Beauty School of Culture.” Like the latter, “De Style” revels in the dynamic personalities, hairstyles, and fashion of black men. “Beauty Examined” immediately reminded me of the visceral history of exploitation including the acceptance of eugenics as a science, and the practices of experimentation and display of the bodies of people of color, particularly those of black women. I cried looking at the painting, a 84 X 98 inch likeness of a nude, dazed woman laying on an examination table. The skin of her arm is peeled away to reveal the underlying muscle and bone. Descriptive statements—“big ass”, “big hips”, “30’ waistline”, “big tits”, “max factor”, “Maybelline”, “blush”, “big thighs”, and “big legs” are allotted to individual points on her body. “Exhibit A” and “Subject/ female, blk. Age 30, 56, 148 lbs., blk hair” is scrawled above her. “BEAUTY IS ONLY SKIN DEEP” is noted in fine print below her. Anatomical illustrations and the faded stencil of bleeding roses collage the wall behind her. The headshots of three black men oversee the gross exhibition.

One cannot help but think of the disturbing story of Saartjie “Sarah” Baartman, known as the “Venus Hottentot” whose African features and attributes, specifically the size of her buttocks, made her a European oddity. Even after her death in 1815 her brain, sexual organs and some skeletal remains were displayed in Paris until 1974 and not returned to South Africa for burial until 2002. Like “Beauty Examined” both subjects “Frankenstein” and “Bride of Frankenstein” are framed as spectacles; inhumane objects to be surveyed and scrutinized. Frankenstein’s bride is a nude black woman that stands with her hands on her hips against a dark blue backdrop. A brightly colored sculpture matches the highlights of her bun, bamboo earrings and nail polish. A small handwritten white label stuck to the wall identifies her. Frankenstein stands against a crimson backdrop. His grimace and hunched posture reflect his assigned label. He is nude save one gator shoe, the other is strewn on the floor beside him. His sculptural accompaniment is a solitary brick. The paralleled reflections are telling. Gender dictates the level of fear, and humanity attributed to the displayed subject. Marshall continues a longstanding tradition of utilizing iconic characters from popular science fiction and horror to articulate the surreal and awkward anguish of Othering produced by the white imaginary.

Marshall’s aims are specific and strategic. He shared in a press conference for the exhibition, “If a part of the goal is to normalize the presence of those figures in museums and art works and things like that then you have to have a sustained engagement with those figures under a variety of conditions and circumstances so that now it becomes ordinary to you.”

I could not recall another time in which I observed such a vast collection primarily focalizing black people. Overwhelming. Magnificent. I found myself craning my neck in all directions trying to grasp the detail and nuance of each painting, and some are as large as 120 x 216 inches. The Mastry retrospective boldly celebrates and critiques identity formations, specifically the concept and culture of blackness in America and Marshall’s brilliance is apparent. As selected works from the last thirty-five years of his catalog fill two floors of the Met Breuer, his role as an outlier comes into focus. The style in which he presents black subjects is unmatched in its ability to simultaneously normalize and mythologize everyday people. While the content of some of the works is heavy, the majority depict basic humanity: going to the park, listening to music, visiting the barber or beauty salon, painting, running nude through the grass.

Marshall’s paintings are snapshots from scenes of black joy. Many of us have grown disturbingly accustomed to visceral representations of blackness in white spaces. There are some artists like Kara Walker, Wangechi Mutu, Hank Willis Thomas who use the violence that has been inflicted on people of color and women to visually contextualize oppressive histories. While this is an important and powerful apparatus, it is refreshing to bare witness to a different approach; that joy can be an equally radical decolonial tool. Kerry James Marshall: Mastry at the Met Breuer is up through January 29, 2017.