What It Was: Gentrification and Recent Art History in DC with Blair Murphy 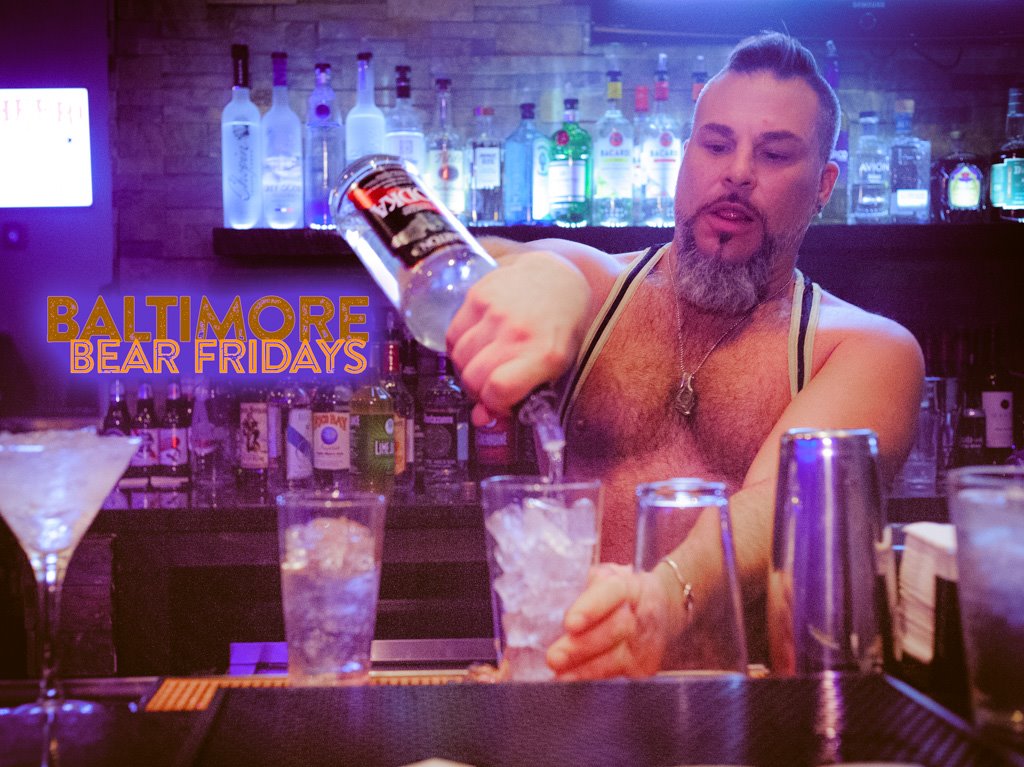 All Things Fetish: We Love The Eagle 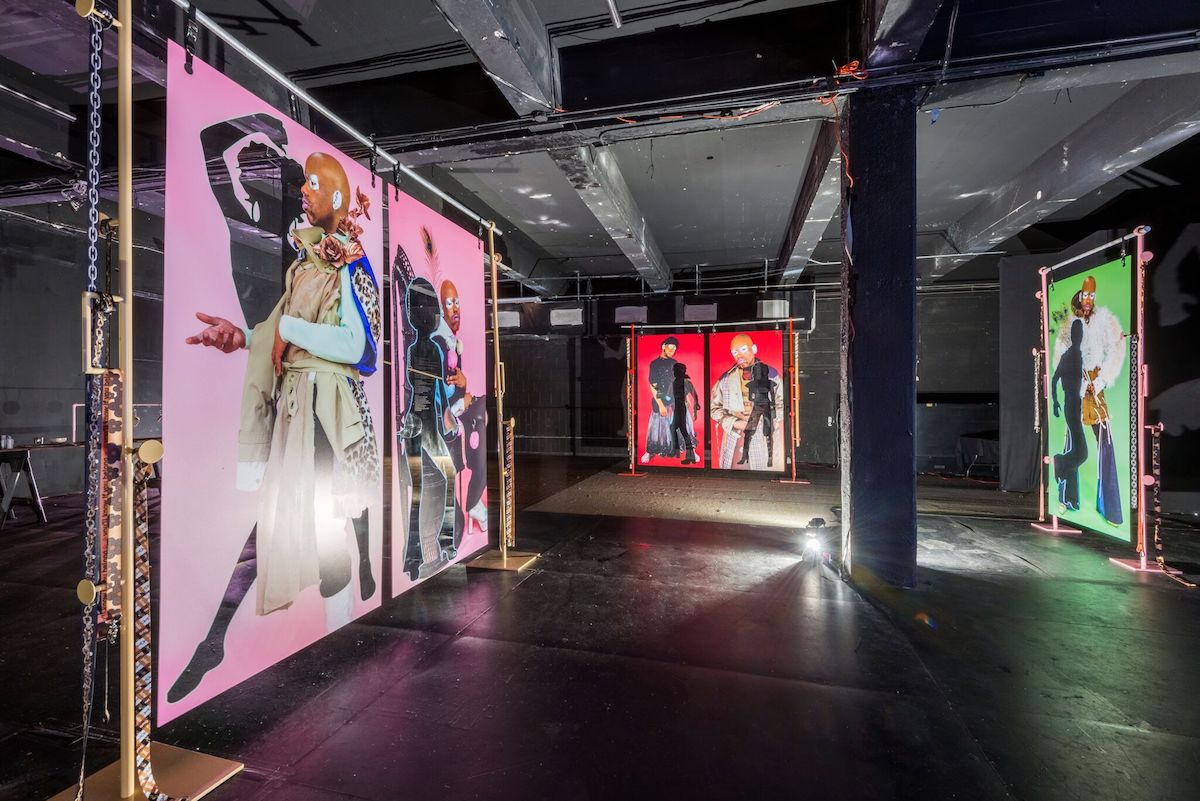 You’ll Know If You Belong

Visual Art
What It Was: Gentrification and Recent Art History in DC with Blair Murphy 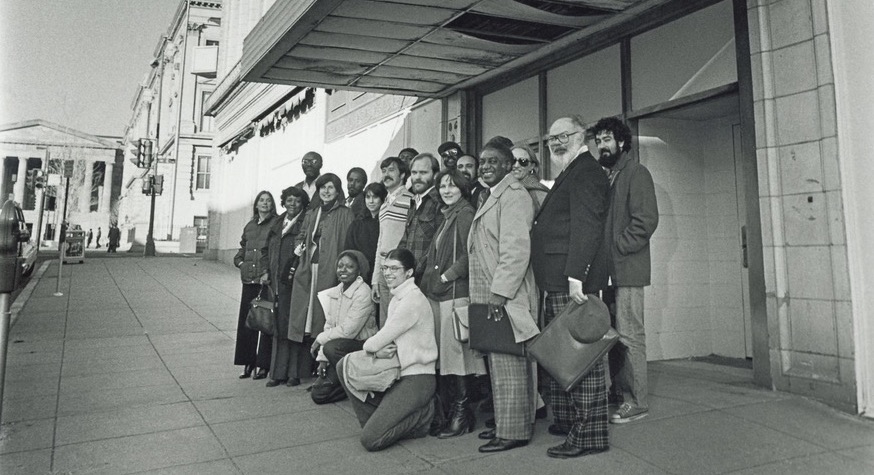 Curator Blair Murphy is nerding out on the history of art spaces in downtown DC, and her current show Footprint aka the Lansburgh’s Notebook at Flashpoint is giving the rest of us a chance to try to figure out what it all means.

When I read the Facebook invite for the show I didn’t really understand what could be gleaned from this project other than the straightforward premise of creating a map so show the locations and dates of these spaces. But the more I thought about it, I realized that this can of worms can reveal a lot more about DC.

To begin with, the easiest conclusion as someone who’s been visiting art spaces in DC since 1999, is that there used to be a lot more. This point is illustrated by taking the metro to “Gallery Place/Chinatown,” and remembering that it used to be both full of galleries, and had a robust Chinese population. Most of the Chinese restaurants and storefronts have been replaced with high-end shopping and tourist restaurants while the galleries are almost completely gone, soon to include Flashpoint, the ironic location of this show, that will soon shut its doors. 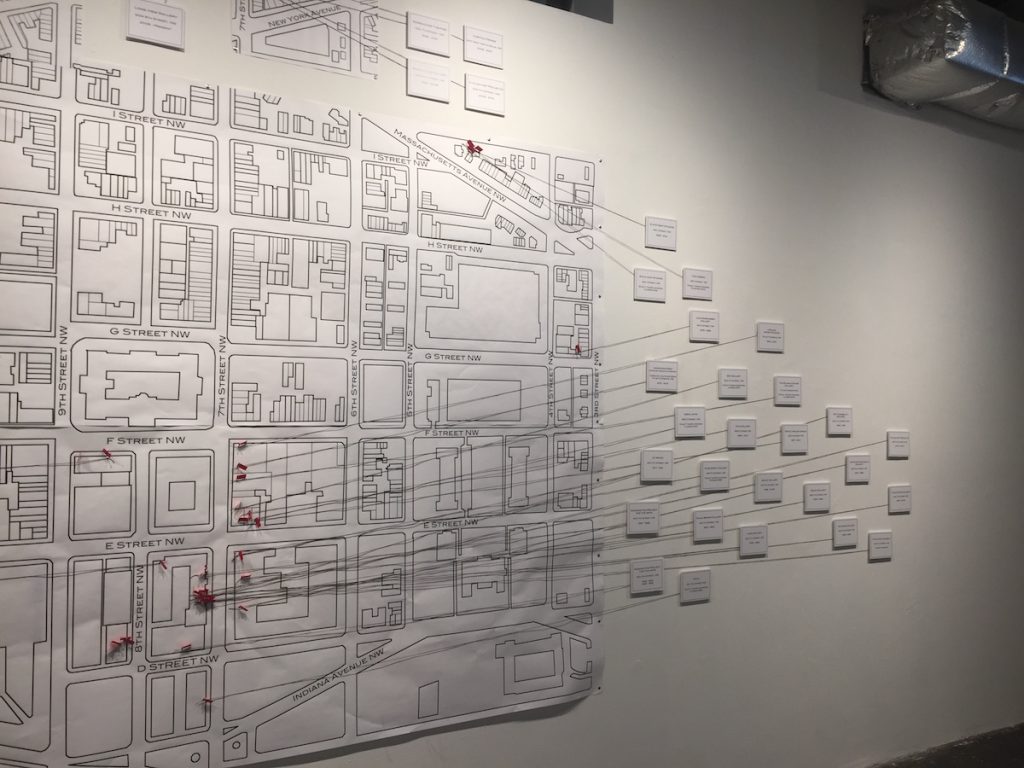 However, easy it is to conclude that there are less spaces for art, there is a much richer history presented by Murphy and her documentation. DC, like many other US cities, has withstood an economic ebb and flow, as well as the real estate boom that turned vacant boarded-up commercial spaces into billion dollar real estate. You don’t need to look further than New York with a little bit of post 1950’s art history under your belt to know that many of the famous US artists lived in New York when it was cheap.

Murphy isn’t just mapping out cheap real estate taken by artists and galleries, it’s also a tale of economic incentives and redevelopment programs. It’s a snapshot of people convincing the government that the arts are a tool for redevelopment in the sense that the arts make the spaces more interesting and worthy of attention. This map is also a plan that came to fruition, that maybe one day will come to realization again.

This map is more than an opportunity to relive the creative glory days of art spaces like Gold Leaf studios and lament its demise to mixed-use commercial space, it’s a reminder not just that it happened before, but that it’s happening right now in Mt. Rainier and Hyattsville, and it’s alive and well in Baltimore.

Murphy’s project at Flashpoint literally shows us what gentrification looks like on gallery walls, with the complicity and demise of art spaces at the center. 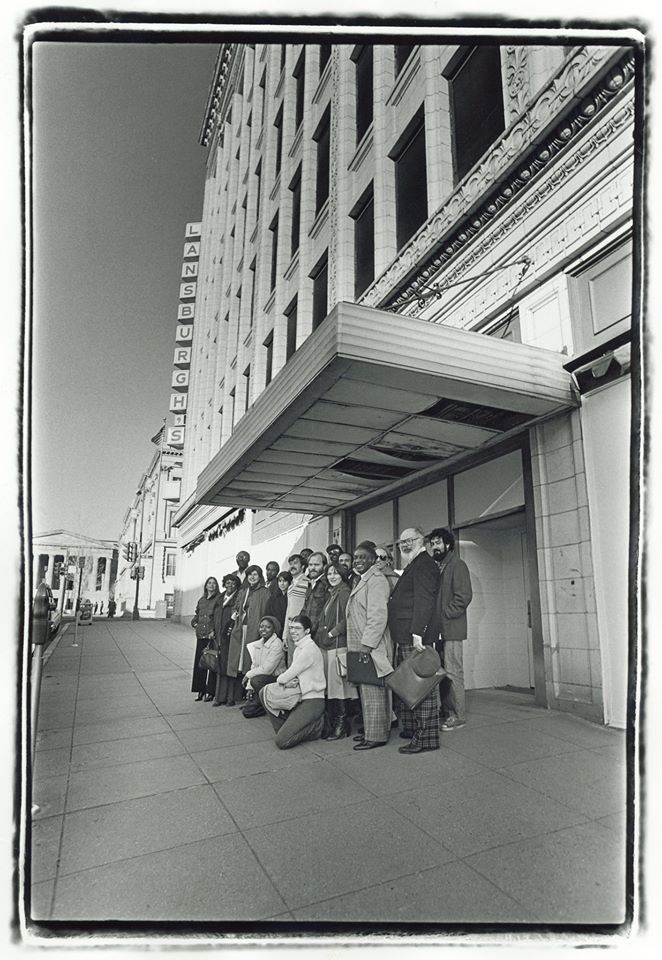 Organizers and potential tenants of the Washington Humanities and Arts Center outside the Lansburgh Building at 7th and E streets NW, 1979. Photograph by and copyright Karen Ruckman.

To delve a bit deeper into the project, I spoke to Blair and gained some interesting insight:

Reading the press release for this project the first thought I had was, I wonder if this is a celebration of art spaces in DC, a sad reminder that there used to be galleries in Gallery Place, or somehow both? It’s well documented that artists are used as pawns in the redevelopment game, not to say that valuable opportunities aren’t taken by artists, but it seems less than a symbiotic relationship. The irony that this show is happening at Flashpoint, which will be gone soon, I’m sure isn’t lost on you.

Blair Murphy: It’s really important to me to acknowledge that I see the show at Flashpoint as the beginning of a larger project. My approach for this particular show was broad but relatively shallow. I was really trying to find basic information about as many spaces as I could. There are so many other directions it can go and so many other aspects of the subject to dig down into, so I’m thinking now about ways to move forward. I also want to be up front about the fact that this is a work in progress and I’m sure there are places I missed. The show will have a suggestion box for corrections, additions, etc!

There used to be a website called the Yellow Arrow that was an interactive map of DC punk rock history. I tried to find it recently and I can’t. Maybe it’s gone forever? I used to like to poke around on the site and then see how those spaces and neighborhoods have changed.

Like the church on the corner of 16th and Irving used to host punk rock shows in the basement, and now it’s a fancy charter school. So the site served as both an homage to the early days of punk in DC, but it also served as a magnifying glass pointing out the rapidly gentrifying neighborhoods. Is this a similar thing?

When I first started thinking about this project, I spent a lot of time with the archives of the Museum of Temporary Art, which was an alternative space in downtown DC from 1974 to 1982. MOTA published a quarterly newspaper called Art Ink that covered the arts scene in DC and, in the spring of 1979, they published an issue that was all about development downtown. It included a proposal for development in the area around Metro Center that included ideas for making development more community-driven and arts-oriented than what the authors feared was going to take place.

A lot of Art Ink’s coverage from that period deals with development, the ways the city was changing, and what the impact was on artists and arts organizations, especially smaller, more grassroots organizations.

I know there are a lot of people in DC now who remember that period, but, as someone who wasn’t here then, it was amazing to see how similar the conversation was back then to what is happening now. I’ve gone to several meetings related to the Cultural Plan that DC is working on–the concerns that artists raise are so similar, the kinds of resources and spaces people talk about needing are so similar.

So I was partly thinking about this project, not so much as a wistful or nostalgic look back, but as a call to think about how we can learn from what has happened in the past–both what worked and what didn’t. 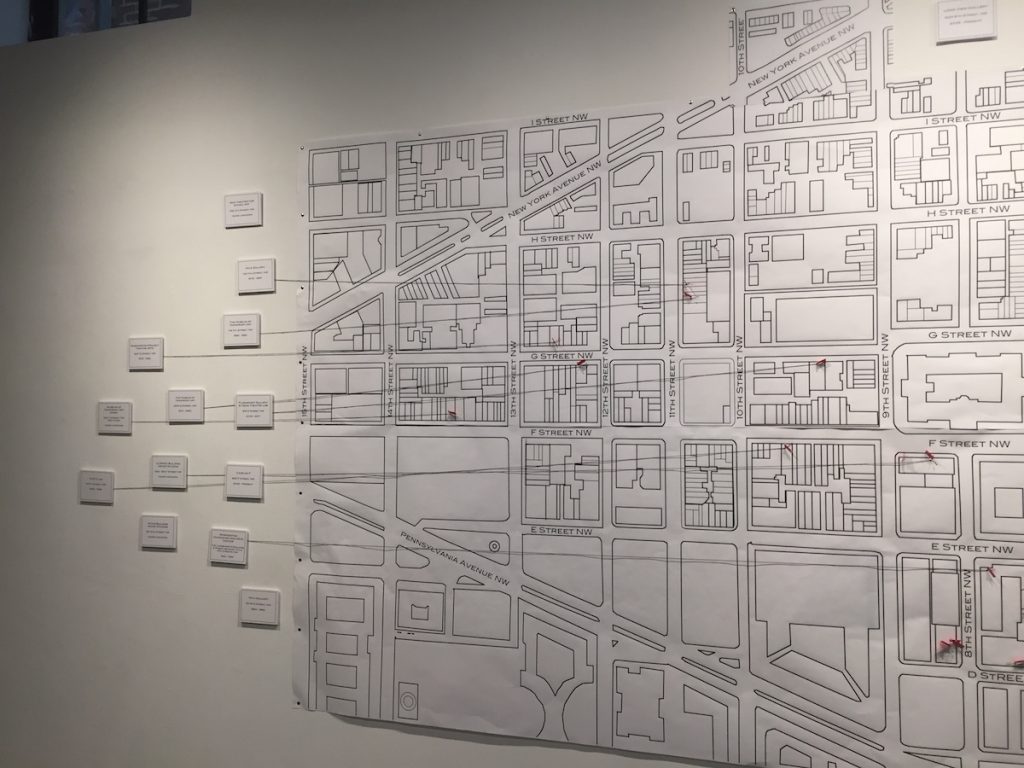 You left DC for a couple years for New York and recently came back. What changes have you noticed in the art scene since then?

In some ways, the most interesting part of coming back to DC has been the way my own perspective has changed. Before leaving DC for a few years, I worked at Washington Project for the Arts and DC Arts Center (where I’m proud to be back as Managing Director).

I was actually a little burned out on conversations surrounding the DC art scene’s history, because it was something I was exposed to pretty often, but always through the lens of a couple very specific organizations.

I think leaving and then coming back, I’ve started looking at that history more broadly and there’s so much to dig into, especially surrounding organizations and spaces that don’t exist today and haven’t really been historicized or archived. It feels like there’s this really rich history, that’s both interesting in its own right and can be a resource for thinking about how to create artist’s spaces, cultural hubs, and community organizations that will be sustainable.

Footprint aka the Lansburgh’s Notebook is on view at Flashpoint Gallery from April 15 through May 6. The exhibition, curated by Blair Murphy, brings together photographs and other documentation to celebrate past arts spaces in downtown Washington, DC.

Blair Murphy is an independent curator and cultural worker based in Washington, DC and the Managing Director of DC Arts Center. She was a Helena Rubinstein Curatorial Fellow of the Whitney Independent Study Program from 2014 to 2015. Her past curatorial projects include exhibitions at The Kitchen (New York, NY), Field Projects (New York, NY), Arlington Arts Center (Arlington, VA), Washington Project for the Arts (Washington, DC), VisArts Rockville (Rockville, MD), DC Arts Center (Washington, DC), and SPRING/BREAK Art Show (New York, NY). She has written for Hyperallergic, BmoreArt, and Daily Serving, among other outlets. She holds a BFA from Maryland Institute College of Art and an MA from Georgetown University.

Photo: Organizers and potential tenants of the Washington Humanities and Arts Center outside the Lansburgh Building at 7th and E streets NW, 1979. Photograph by and copyright Karen Ruckman.