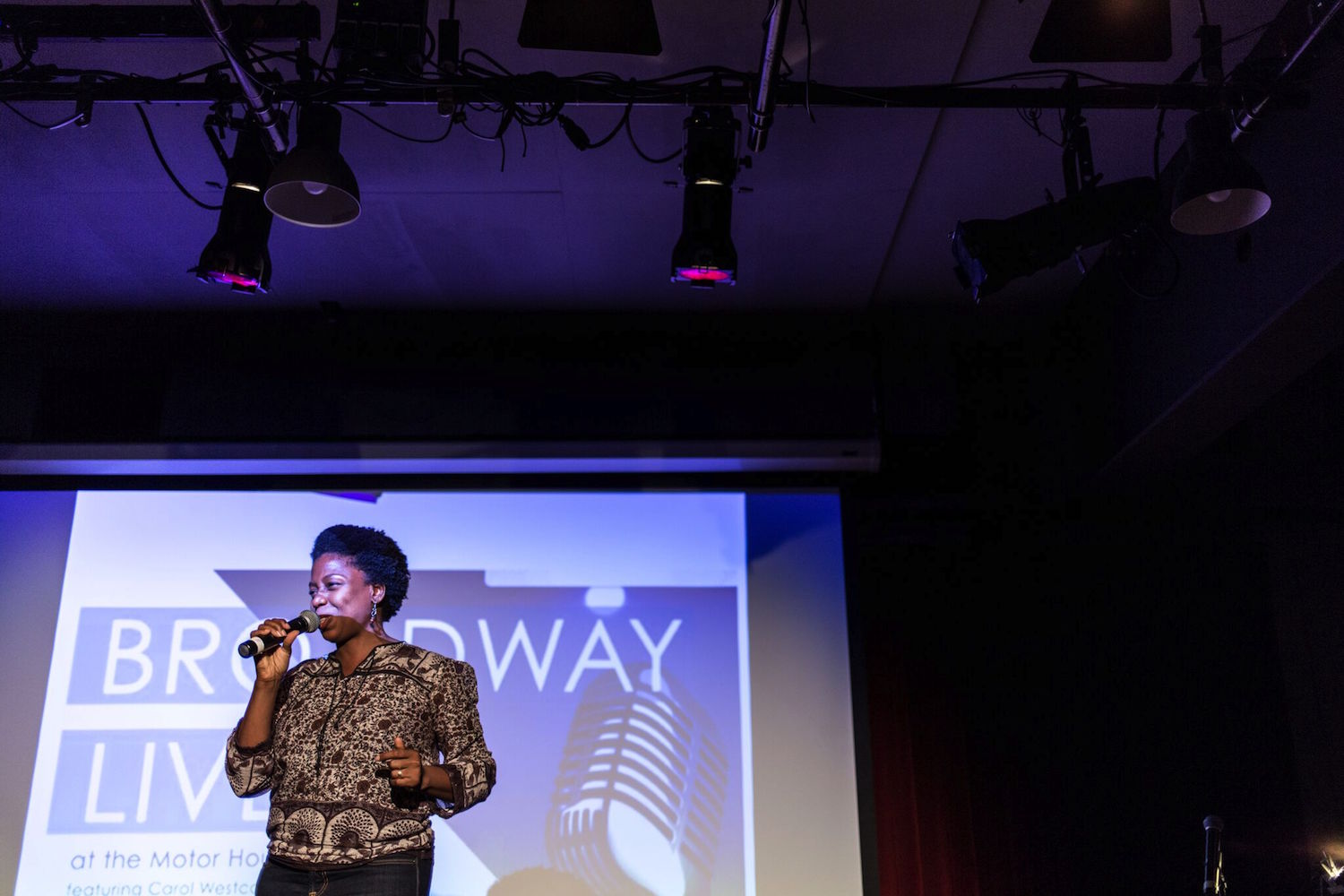 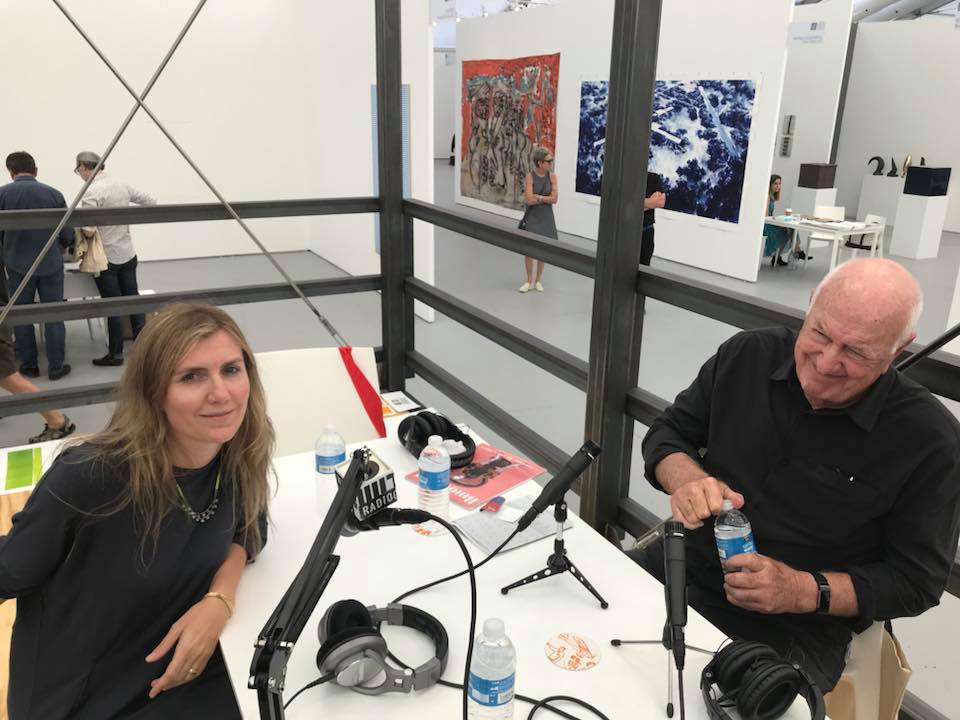 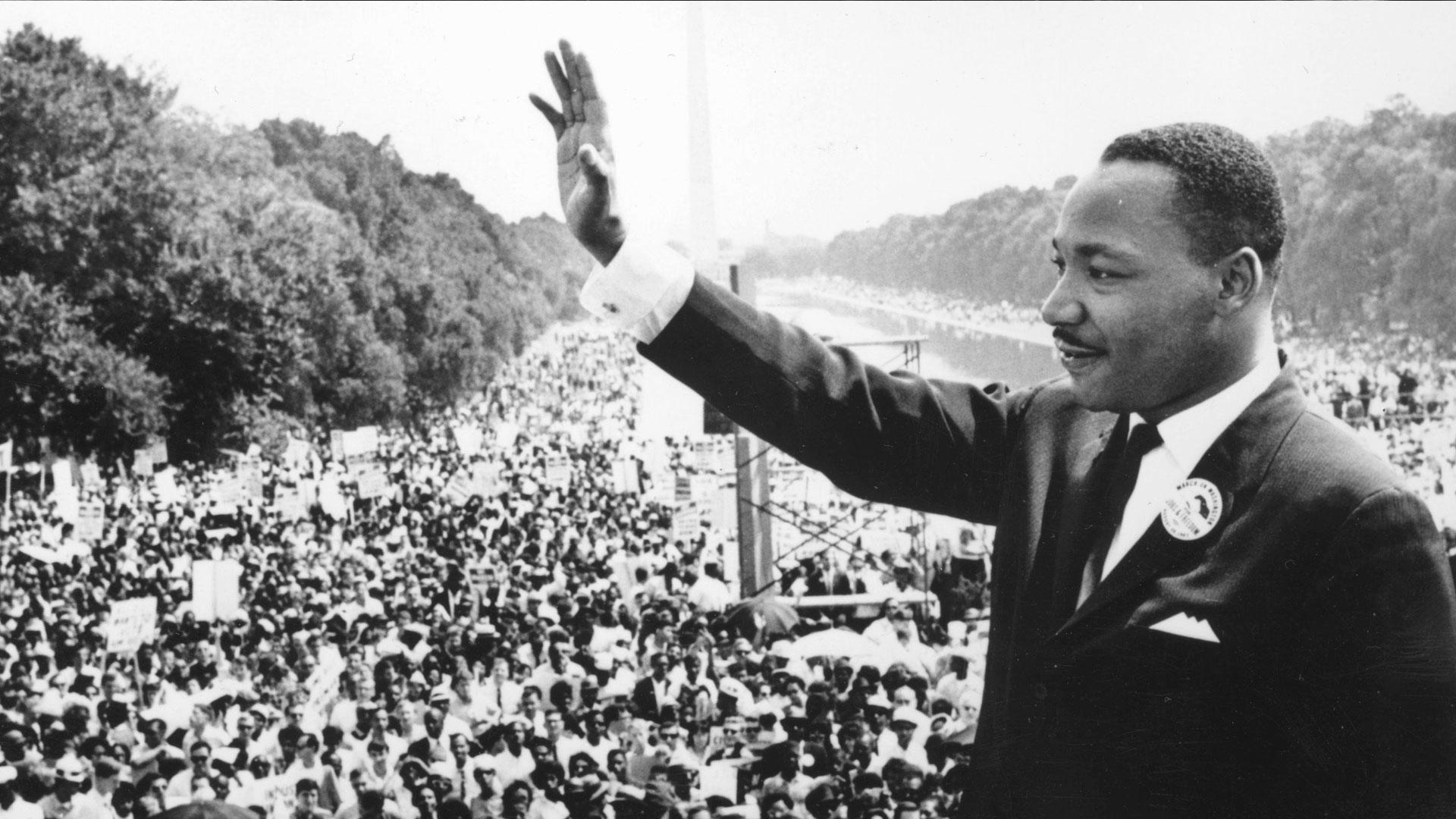 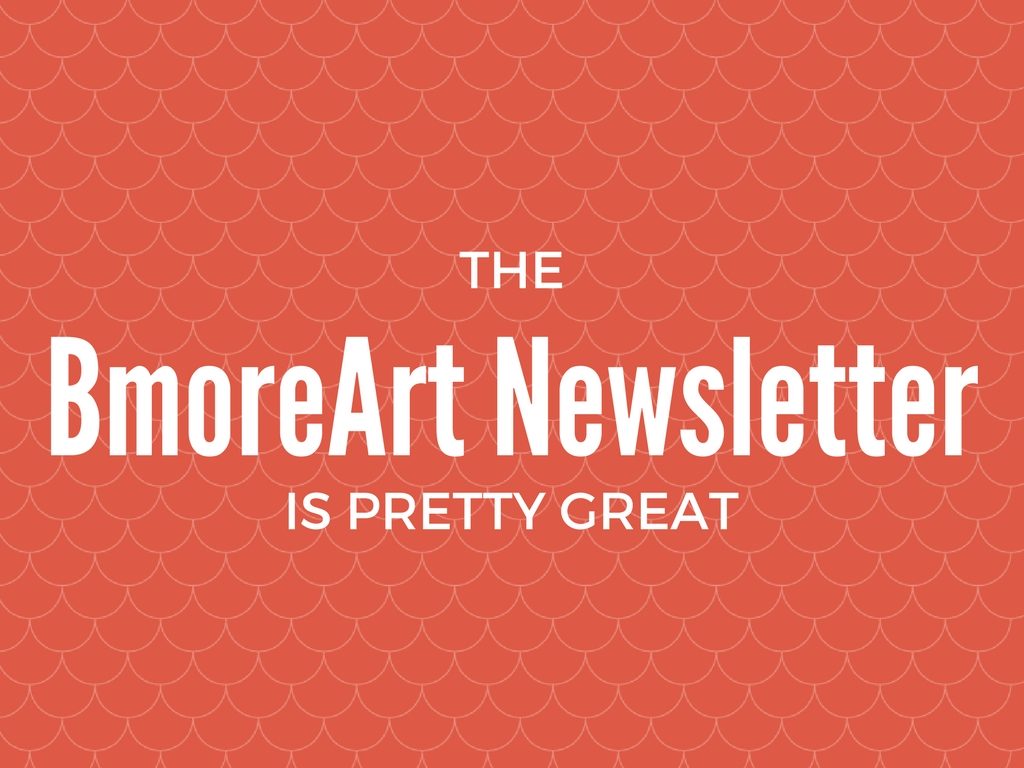 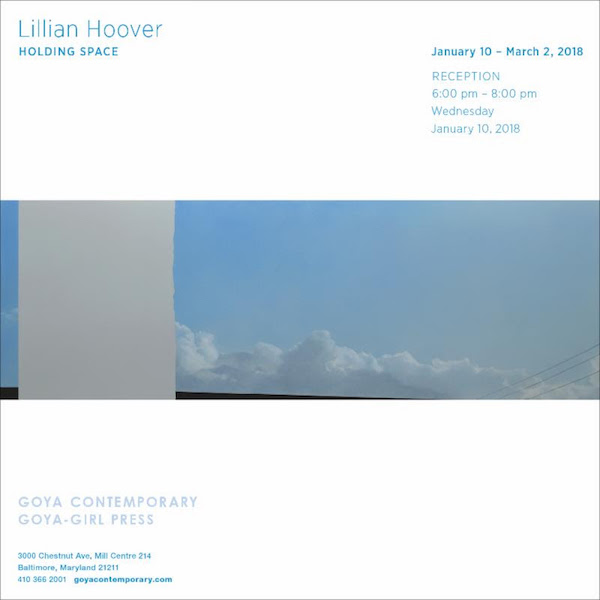 These new paintings venture into the uncomfortable space of uncertainty, partial destruction, and incomplete information. They ask the viewer to dwell here, to wait, to look, to hold space for what is to come. 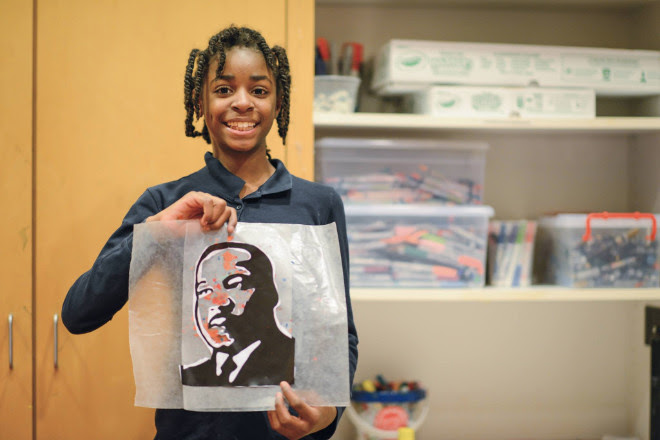 Celebrate the life and continuing legacy of Dr. Martin Luther King, Jr., with an oratory performance by Baltimore Urban Debate League, a choral concert by Joyful Noise Gospel Singers, and civic engagement with Synergy Baltimore. Attendees can also participate in art-making activities and stop by the free photo booth. 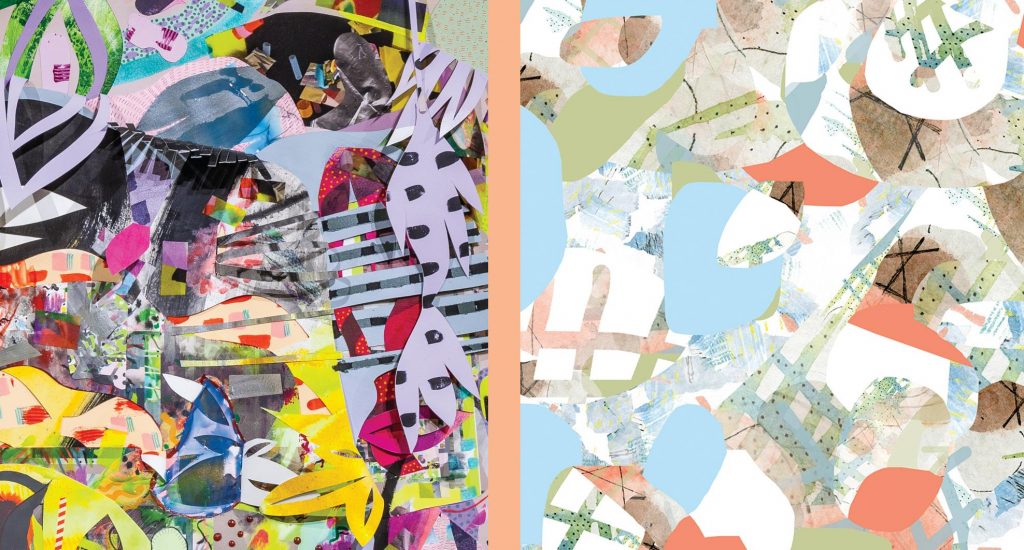 The Ballston Gallery at Marymount University is pleased to present Adapt/Adorn by Baltimore based artists Amy Boone-McCreesh and Bonnie Crawford. Adapt/Adorn speaks for the artists intuitive studio practices and the ways the work furthers into site specific installation. Juxtaposing highly visceral forms that shift from the two dimensional to three dimensional, the conceptual and the decorative, and the minimal to maximal, both artists source a wide variety of materials that fully encompass the space of the gallery. Themes of time, memory, melancholy, and humor are infused in an experiential approach to the work presented. 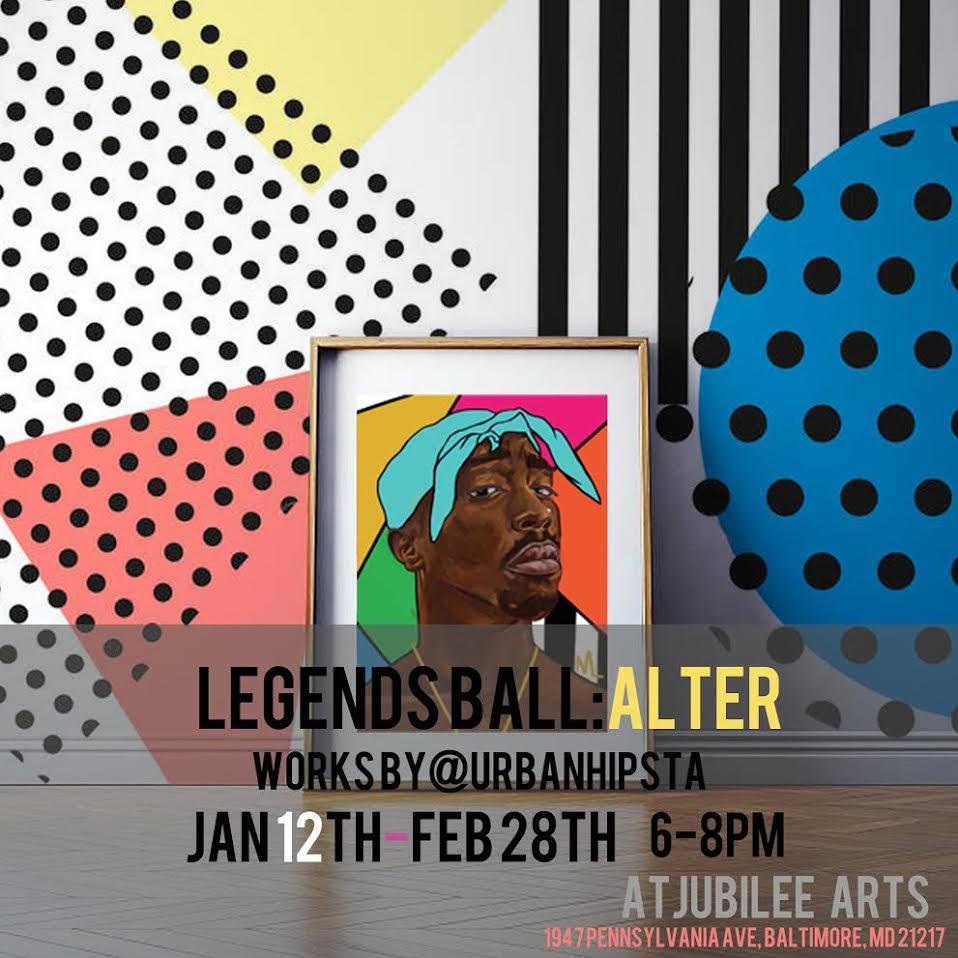 Local Muralist and Illustrator Megan Lewis (@urbanhipsta) will exhibit a series of new celebrity portraits on Friday the 12th from 6-8pm at Jubilee Arts. Lewis will also be designing a mural to accompany her printed series in the front lobby. Apparel giveaways and  light refreshments will be served.

Concurrently, the Jubilee Open House will include a free workshop with teaching Artist Herb Massie. You can make a plate with Massie to be included in an exhibition at the Walters Art Museum and also enjoy African drumming performance by Jumoke Ajanku. 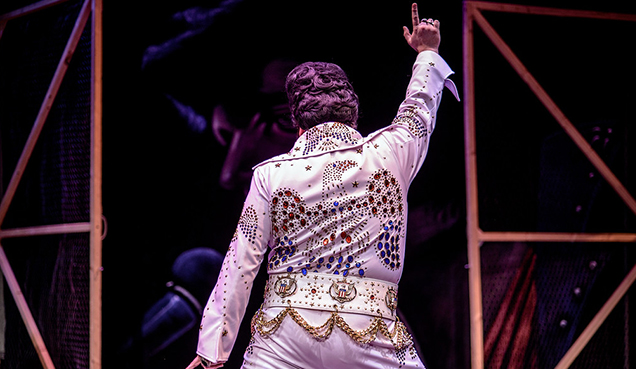 The 2018 fight roster is top-secret, but past match-ups have included “Freddie Mercury” vs “The Queen of England”, “Pringles” vs “Sally the Utz Girl,””Congress” vs. a Clown, and “Putin” vs. a Unicorn. 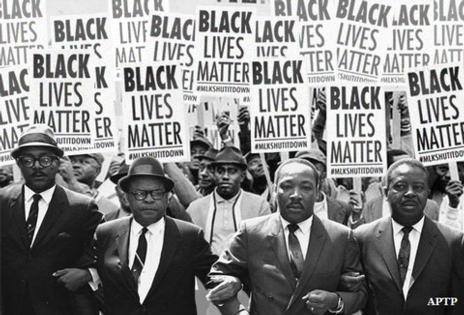 Saturday, January 13 at 2 PM – 4 PM
Park School of Baltimore
2425 Old Court Rd, Baltimore: 21208
Martin Luther King Jr. has been packaged and promoted in many ways, most of which are incorrect or incomplete. Some have compared the movement he led to the Black Lives Matter Movement. Are these movements the same? How would MLK respond to issues today? Is the kind of leadership needed today different from what was needed in the 60’s?

Please join Baltimore Racial Justice Action to discuss these and other questions during this special event in partnership with the Park School of Baltimore’s Office of Diversity, Equity, & Inclusion and the Office of Civic Engagement & Service Learning.

This event will take place at the Park School in the Multipurpose Room/cafeteria. 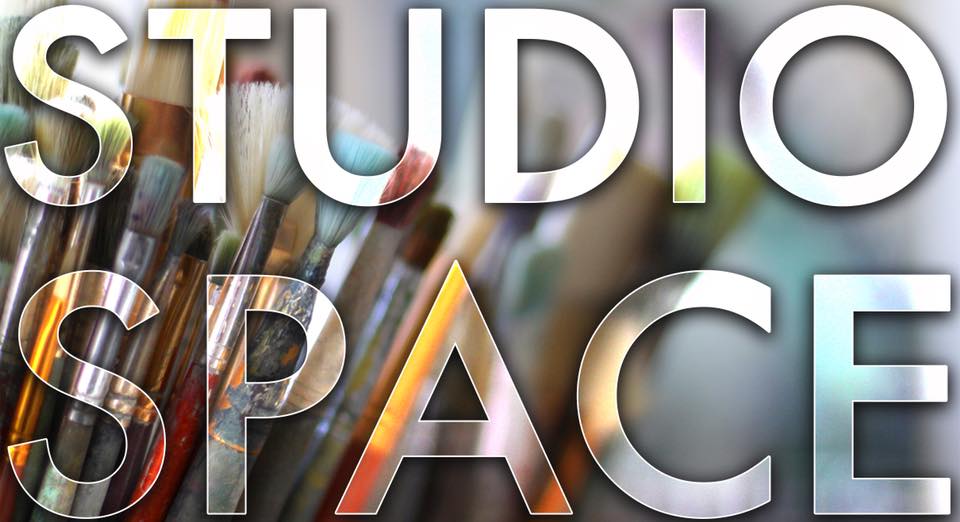 Come out and check out Baltimore’s newest studios and art hub in the making! We are celebrating the new space with DJ Amy Reid and there will be free beer and refreshments.

The artist studios at The Fox Building will open in Summer 2018. The purpose of the tour is to give an overview of the site plan for the space and network. There will be a total of 22 art studios, 4 live/work spaces, a gallery and a tool library.

The space features a private entrance, ample parking, and is a 10 minute walk to The Avenue (36th Street) in Hampden, a great spot from which to work, meet other artists, and also to attract a local following. 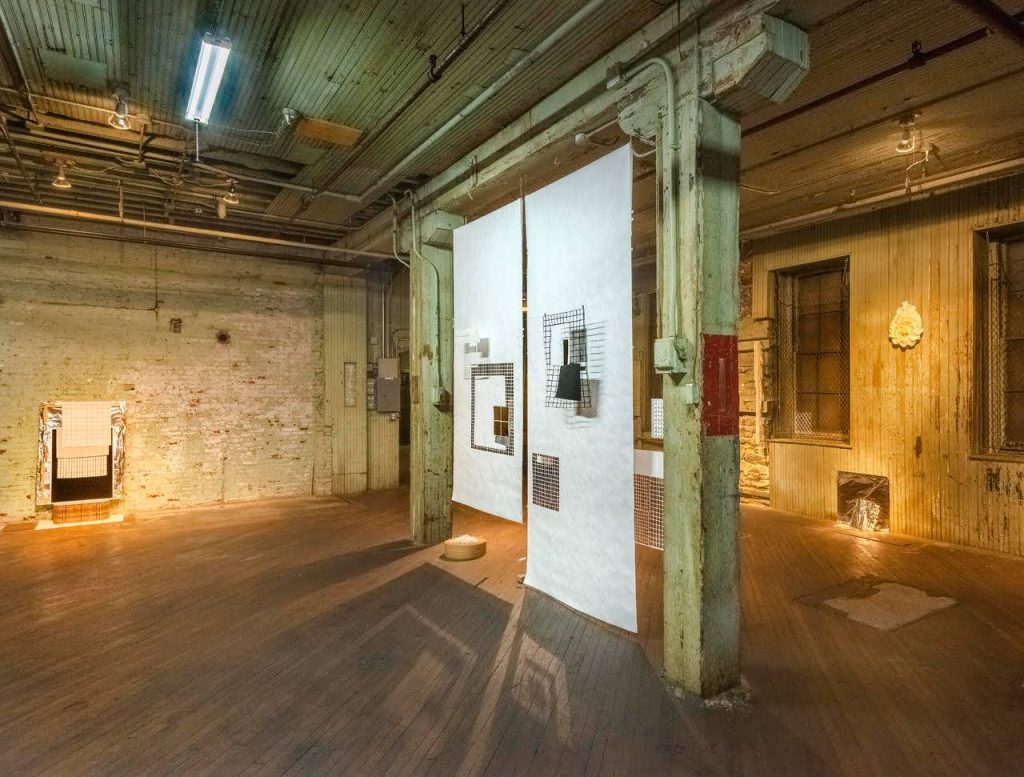 AREA 405 is pleased to have been able to present the work of Lu Zhang and William Lamson over the past 3 months. Join us at the closing this Saturday, January 13th to view the exhibition in its final iteration.

Lu Zhang transformed the front gallery space into an expanded series of experiments in flux throughout the course of the exhibition. William Lamson’s videos are projected in the back gallery. Curated by Stewart Watson, AREA 405 is pleased to be a part of the process of these two exemplary artists’ work this fall.

Press: Retreat was named a top 10 exhibition of 2017 by both BmoreArt and Baltimore Beat 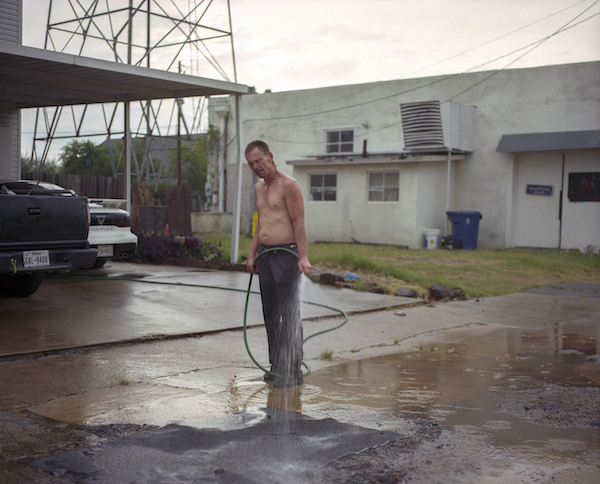 Horizon Compromise is a love letter to the inherent loneliness found within the collective spirit of America. Created over the course of three years spent traveling 46 states, both the show and book explore active and dormant sites of meaning scattered within the liminal spaces of our country’s landscape.

Brad Ziegler is a Baltimore-based photographer and educator. He graduated from Muhlenberg College in 2014, and has been teaching Photography and Digital Media at Loyola Blakefield since then. He finds inspiration for his work in long drives on blue highways, karaoke bars, and Wal-Mart parking lots.

Natalie Conn is an artist who uses photography, film, and animation to document fleeting moments of disorienting reality—an optical illusion, a reflection in a window, a cell phone tower disguised as a fir tree. Frequent visits to the Museum of Natural History in New York, with its dark bunker-like rooms and glowing dioramas offered a reprieve from a year of abhorrent and anxiety-inducing news. Eye to eye with an antelope and thinking about human desire to collect, catalog, monetize, exploit, romanticize, and recreate. Taking photos of the scene’s details, making it feel as though we are in there, hiding in the vines, fearful of these uncharted trails, at night, as the museum fluorescents join the mirage perhaps as UFOs. A blending of what’s real, not real, and surreal. ‘Nature’ reflects on the dioramas’ duality of the fear of the wild unknown combined with our unrelenting desire to conquer.

She is completing an MFA degree in Integrated Media Arts at Hunter College which is a program geared to telling non-fiction stories in multiple mediums. She works as a freelance photographer and teaches filmmaking and photography classes at Hunter College and Wagner College in Staten Island. 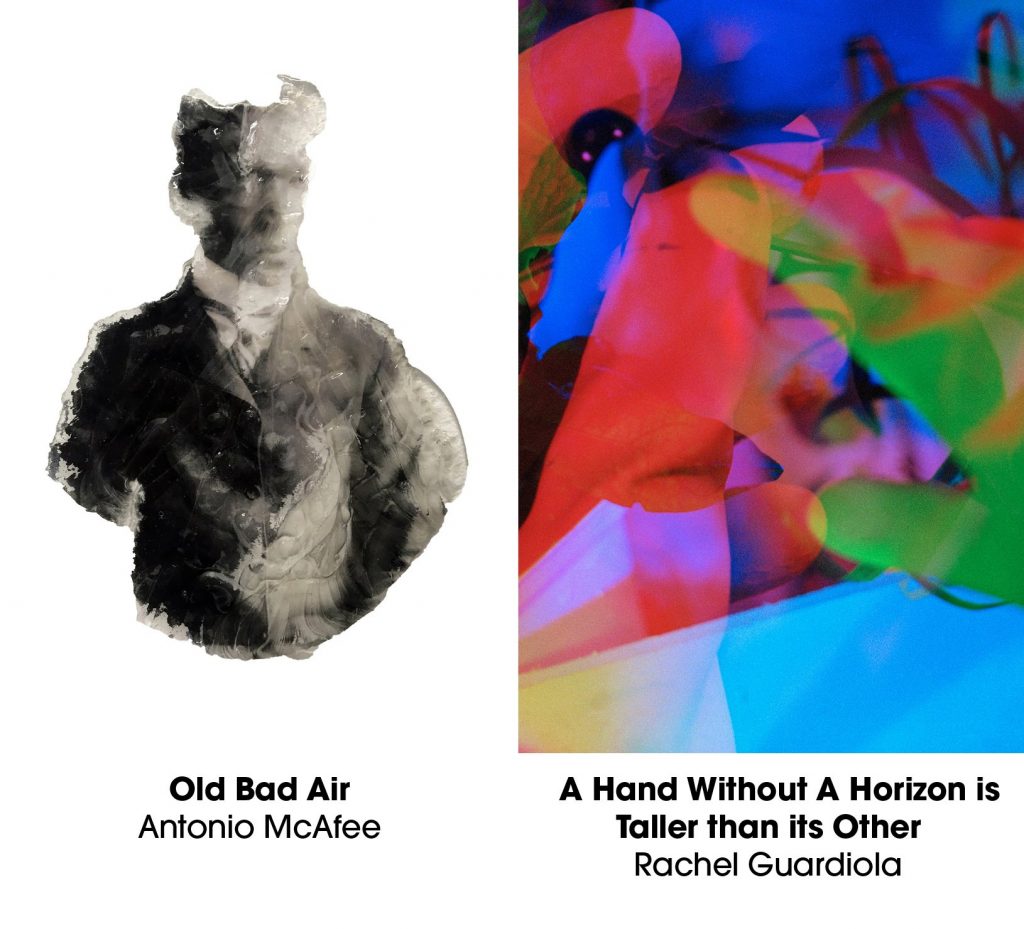 For its first exhibition of 2018, Hamiltonian Gallery is pleased to present two new bodies of work by multi-media artists Antonio McAfee and Rachel Guardiola. The exhibitions will open with a reception on Saturday, January 13 from 7 – 9 pm; both artists will be in attendance.

In “Old Bad Air”, artist Antonio McAfee presents a series of haunting images that use 19th century black and white portraits of people of color as source material. These spectral portraits have an unsettled presence due to the collaging, stripping and manipulating McAfee enacts upon the images during their creation. Collectively, the images are a revisiting of the storied and traumatic past of people of color in the United States; a history with, as author Ralph Ellison phrases it in his classic novel “Invisible Man”, the putrid whiff of “Old Bad Air”. That troubled history, much like the figures in McAfee’s images, demands exhumation, re-examination and re-framing in order to continue its evolution into the present day and beyond.

“A Hand Without A Horizon is Taller than its Other” is artist Rachel Guardiola’s ongoing project that explores humanity’s relationship to the wilderness through a fantastical narrative that charts the activities a series of fictional characters on an earth-like planet. In this installment, Guardiola performs as a time-traveling surveyor and a horticultural pirate that conduct experiments and mysterious rituals as they traverse mysterious topographies including icy desert landscapes and lush, hidden forests. Using lens-based media, Guardiola fleshes out an alternate universe in which her characters discover and re-cultivate a distant, post-industrial wasteland. 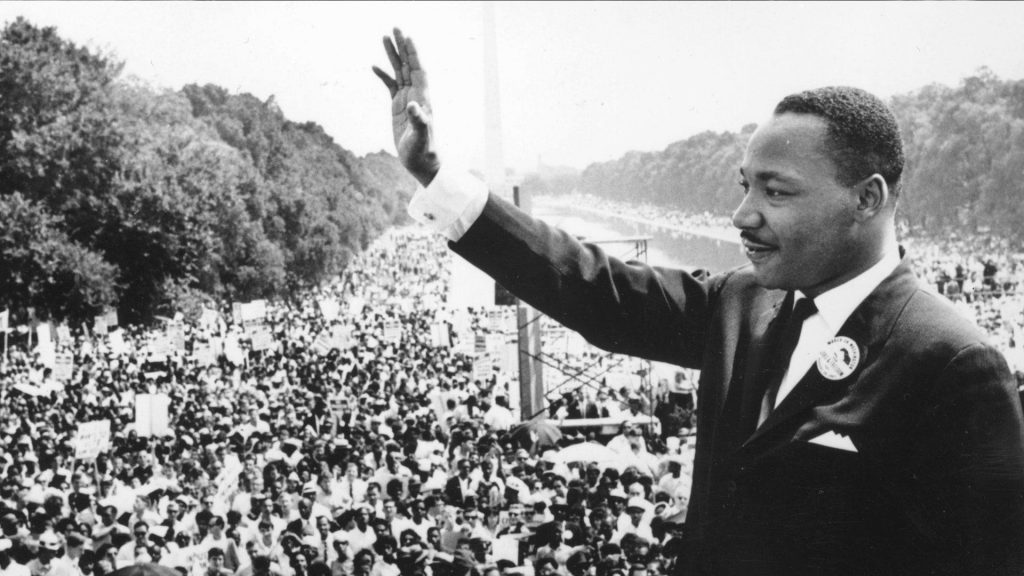 Join us for live performances, community discussions, films, and crafts that reflect on, and honor, the civil rights leader. The Celebration includes the musical concert, “Man of Peace: The 50th Anniversary of the Assassination of Martin Luther King, Jr.”  featuring choral presentations and spoken texts from Martin Luther King, Jr. set to chamber music written by music composer Benny Russell and performed by Peabody’s Tuned In Orchestra.

RSVP to let us know you are coming. $5 Special Admission 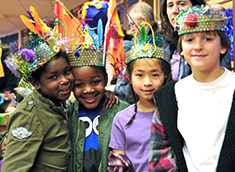 FREE! A celebration in honor of the life and dreams of one of the greatest visionaries in America’s history. Join us for guided tours, birthday cake, music, workshops, and special performances at this FREE, fun-filled day! The museum is FREE & open to the public from 10am–6pm: see our latest exhibition, The Great Mystery Showand tour our entire wonderland campus, including the Jim Rouse Visionary Center & more! A special invitation extended to educators and all the wonderful people who help to empower the next generation. Teachers, come pick up our educational materials and discover the many educational offerings we have available for you and your students. 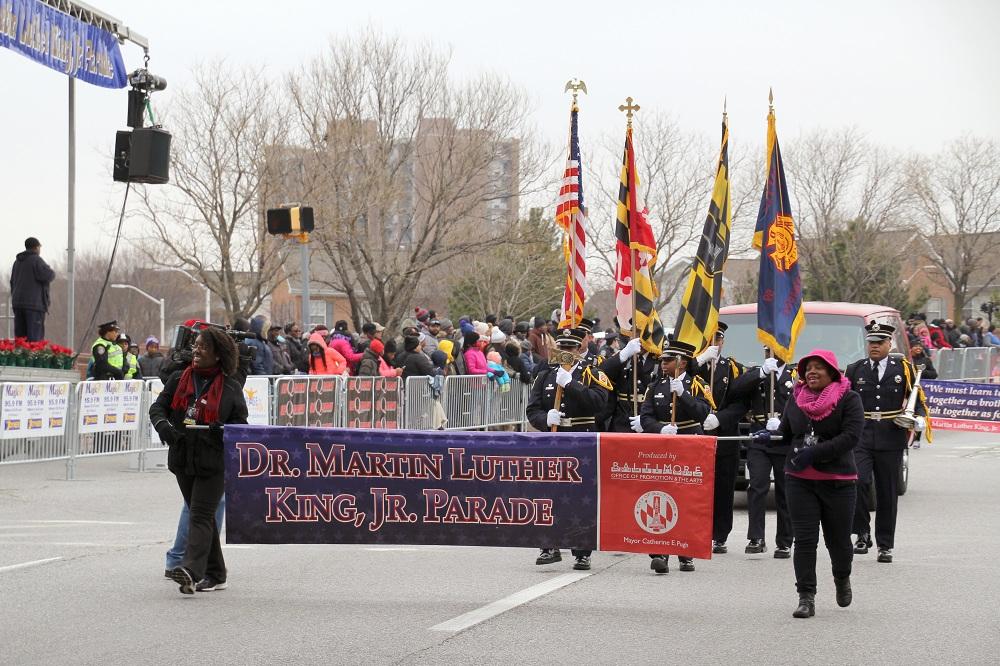 Also on Monday, January 15, 2018, Mayor Catherine E. Pugh will host the inaugural Dr. Martin Luther King, Jr. Day of Service. This year, the City of Baltimore welcomes residents to emulate Dr. King’s leadership and compassion for others by volunteering in their communities. Opportunities to volunteer and more information can be found at mlkday.baltimorecity.gov/mlk.