Radioactivity and the Pursuit of Angelhood in ‘Burning Stone’ 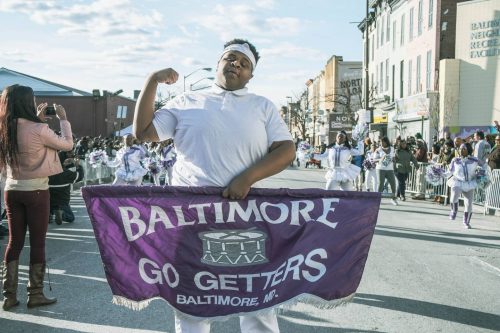 The pandemic’s impact on performance art was largely devastating, driving many performers to reassess their processes and become more resourceful in their approach. When the 2020 quarantine began, Baltimore-based performance art collective Cliff Banquet had just produced its first project, Collective Dreaming. But the shutdown did not stall the collective for long, as they shifted from live performance to working in film.

As a result of that shift, Cliff Banquet debuts their musical experimental feature, Burning Stone, on June 30 at the Charles Theater in a one-night-only event, featuring handmade chocolates and a specialty cocktail from Tapas Teatro.

“We like this feeling of danger, and we believe that in many moments during the making of art, the danger is safety,” says Joy Li, who coined the collective’s name. “Cliff Banquet became an accurate and cool description of the celebration of our practice.”

A follow-up project, The Edgeless Sea Flows Into My Veins, was presented in June 2020 at Boston’s Shelter In Place Gallery. A short film Brunner created for Edgeless Sea served as a direct progenitor for Burning Stone.

“At first, we envisioned Burning Stone as an immersive performance that involves the participation of its viewers on a mountain. But it was difficult during the pandemic, and we were unsure about film,” says Liang. “We reached a consensus that there are many ways to present a live performance. As Joy says, we need to ‘push the cliff edge a bit further each time.’”

Blending aspects of Tarkovsky’s Andrei Rublev and Matthew Barney’s River of Fundament with the music of Steve Reich as well as the apocryphal narrative of Enoch, Burning Stone follows the trajectory of Enoch (played by Brunner, who also directs) as he pursues a state of “angel-hood,” which he believes can be achieved through physical disintegration through exposure to the radioactivity of uranium.

Driven by a fascination with those who report revelatory experiences with radioactivity, Brunner crafted his Enoch character as an amalgam of the people discovered in his research.

“I was originally writing about the intersection between nuclear power and American eschatology and found many strange, poorly documented blogs, journals, and diaristic entries pointing to connected instances of nuclear revelation. Some of these felt like a call to action for me,” says Brunner. “The characterization of Enoch is a way of legitimizing their experiences.”

Brunner was fascinated by the uniquely American fascination with nuclear power and destruction, from believers certain that world-ending nuclear power was divinely ordained, to collectors of carnallite rocks and trinitite glass.

“A lot of the language associated with the ‘objective’ science of nuclear weaponry is very Christian,” Brunner says. “This was both a way to set us apart from the agnostic image of the Soviet Union, but also to provide a lens for understanding our spiritual duty as a country.”

Shooting over the course of two and half years in West Virginia and upstate New York, Brunner camped in his car for weeks at time, often subsisting only on foraged mushrooms.

“There’s a through-line connecting all the action in Burning Stone—the act of unearthing something, extracting Uranium ore from the Earth, extracting bones, extracting the words or music from my inner self. Foraging is somewhere in the middle.” Brunner says.

In addition to directing and starring in Burning Stone, Brunner, who began his art career as a musician, also composed and performed the music for the film.

“I often think about visual art in terms of its sonic or musical significance. The music is intentionally hypnotic, repetitive, and often nauseous with long, intensely harmonized passages,” says Brunner.

Some of the music was driven by the diegetic sounds in the filmmaking. Brunner found himself talking to himself while filming, and his utterances became integral to the film’s sound design.

“The significance of those words [had] to be integrated into the soundtrack,” he says, indicating that the words often break the typical soundtrack form, often resulting in strange and revelatory time signatures. “There are certain times when the soundtrack presupposes what’s happening visually and it seems as though the two are woven together.”

As with many artists responding to pandemic restrictions to innovate their artistic output, Burning Stone became a locus for Brunner’s sprawling interests in ways even he didn’t anticipate at first.

“I never set out to make a film, and I definitely did not intend to make a project as extensive as it became,” Brunner says.”My larger body of work is concerned with material extraction, spiritualism, and performance, but has never been documented in this format before. This is a grand, weaving view of my larger practice.”